I'm In Love with an Uptown Girl 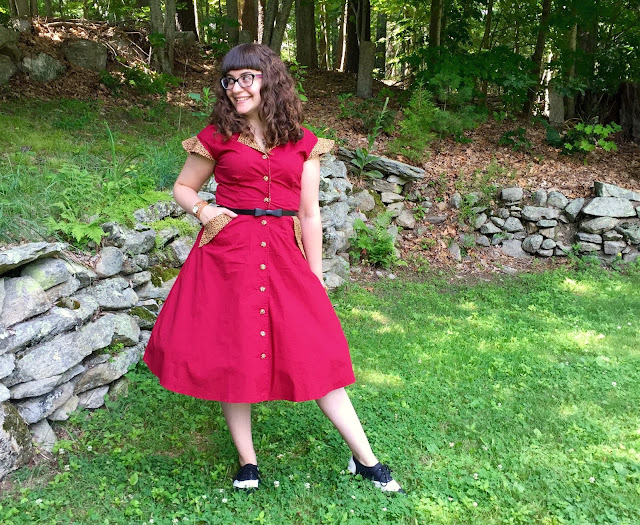 Last week was my virtual birthday week on the blog but I'd say this week was certainly the week that I celebrated my birthday to the fullest.

For those who follow me on social media, you probably saw some of my adventures during my week off. I had what I called a Me-cation. I took this whole week off from work for some much needed time off and filled it with all kinds of adventures for ME. Cody still had to work (his Me-cation was in May while we were in Vegas, remember? Though, with his buddies there, it was more of a Bro-cation) but I did not waste my days off laying around the house! No, sirree!

Among the day trips to the Brimfield Show with Red (more on that next week - stay tuned!), a vintage/textile trade show with my fellow pinup-style appreciator Jenni, and a fancy birthday dinner cruise with Cody, I also had a special night for my father and I planned. For his birthday in March, I got us two tickets to see one of our favorites, Billy Joel, live at Boston's Fenway Park. 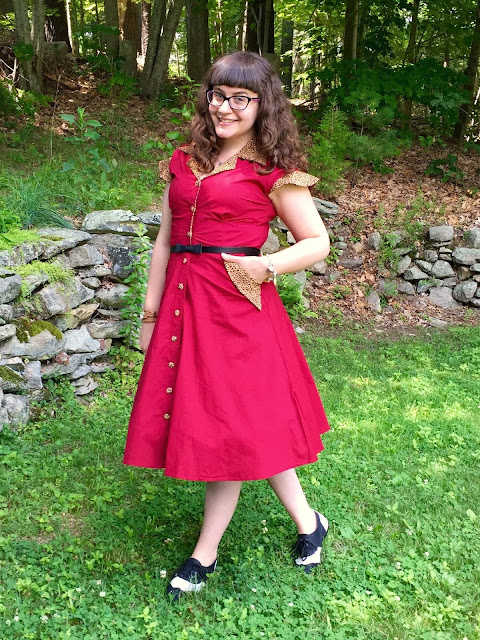 What made it better was that the concert fell right in both our vacation weeks - as well as a few days after my birthday! So it became both our birthday celebrations! My family grew up with music playing constantly and I have a ton of favorites from my childhood but Billy Joel is definitely one of the artists at the top of that list so I knew I had to see him live! I also knew I had to go with my dad - it made no sense to take anyone else! 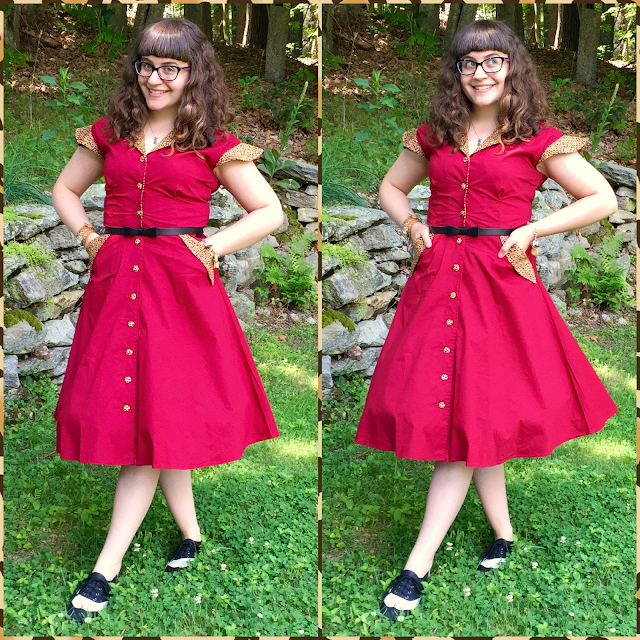 The moment I saw the Jeanette Rocker Pinup Shirt dress on Lindy Bop's site, I knew it was my Billy Joel dress. I had been wondering since buying the tickets what I'd wear (not sad to admit that at all!) and as it was getting closer, I was starting to think that maybe I just didn't have the perfect Billy Joel outfit. This beauty came to my rescue for sure! 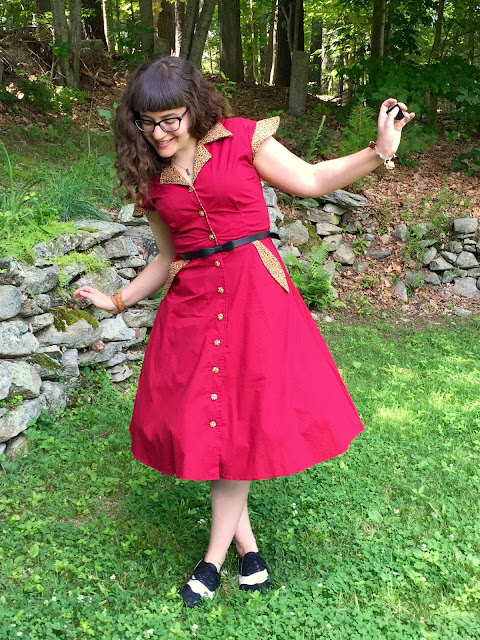 I actually don't have a good red dress in my wardrobe so I am filling that void easily but look at all the awesomely retro leopard print details (those buttons! The sleeves! Those pockets! The collar!)! They just scream Billy Joel to me. 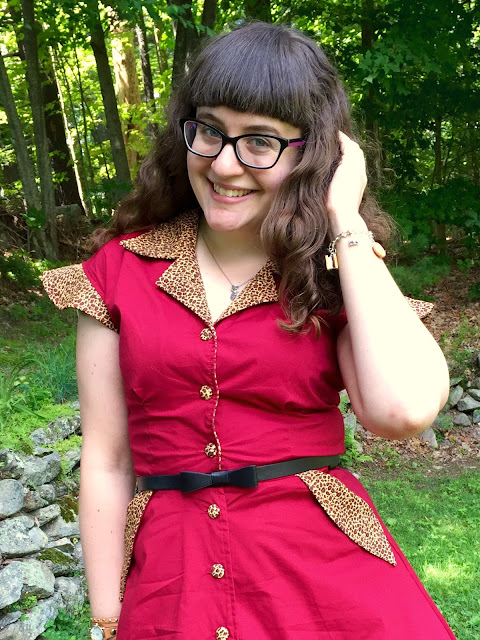 Do you not start singing "Uptown Girl" or "Still Rock & Roll To Me" when you see this number? I do! 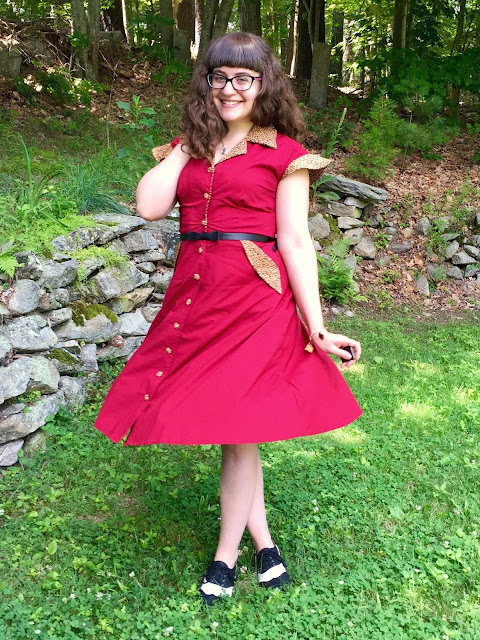 My dad and I had a freakin' awesome night - I even got him to take a selfie or two with me! 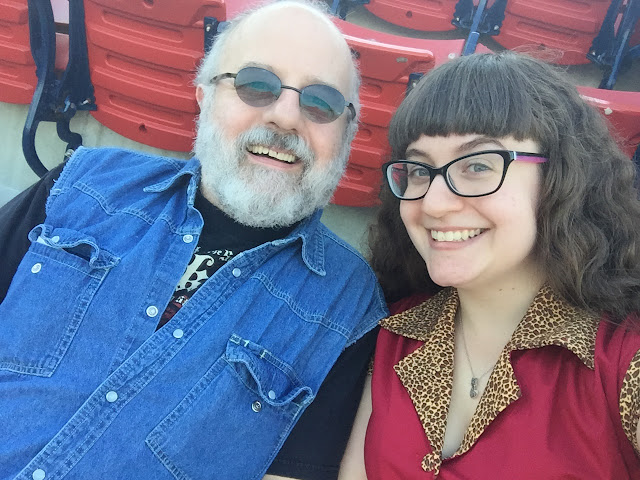 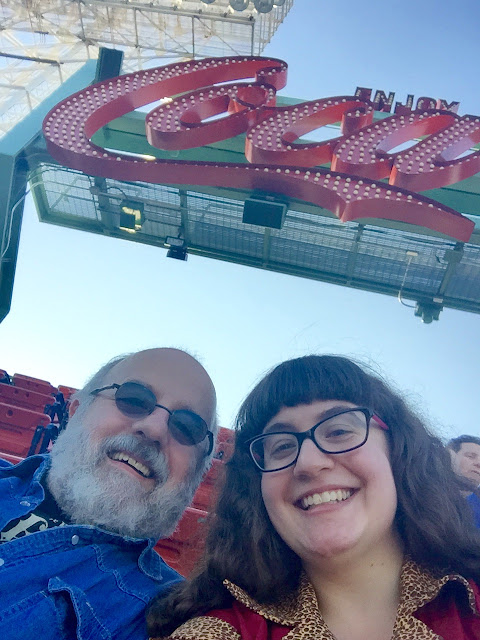 There's nothing he loves more than going on a "date" with one of his girls - and there's nothing I love more than obliging! This man taught me all I need to know about concerts - the tricks of the trade and how to master the crowds. 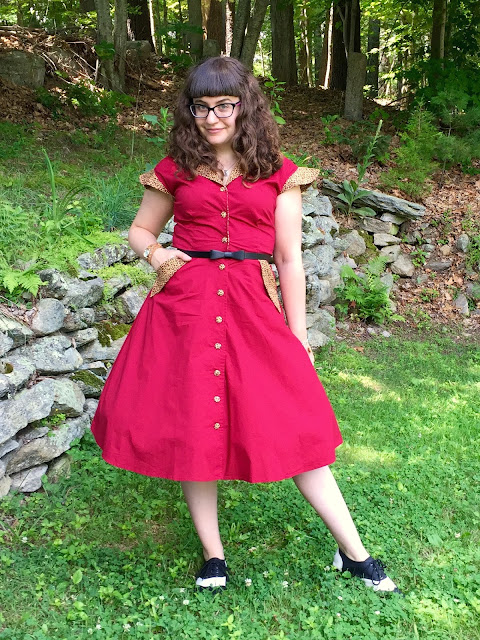 Though I am not a baseball or Red Sox fan whatsoever, it was pretty cool to be at Fenway Park for a concert. It was such a different atmosphere than our other concert venues and we had great weather for it - although, since we sat higher than the Green Monster, I was a bit chilly and wished I had brought along a jacket! Oops! 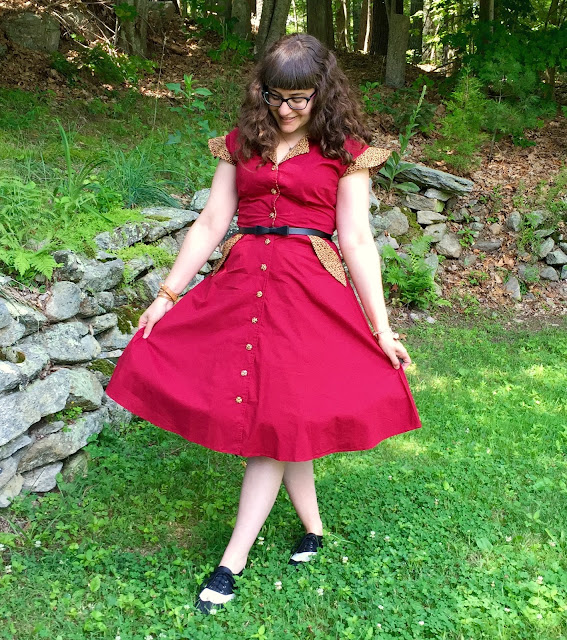 Our seats were surprisingly great (I had NO idea what I was doing when buying tickets for a sports arena!) even though they weren't down on the field, but we were there and that was all we could ask for! 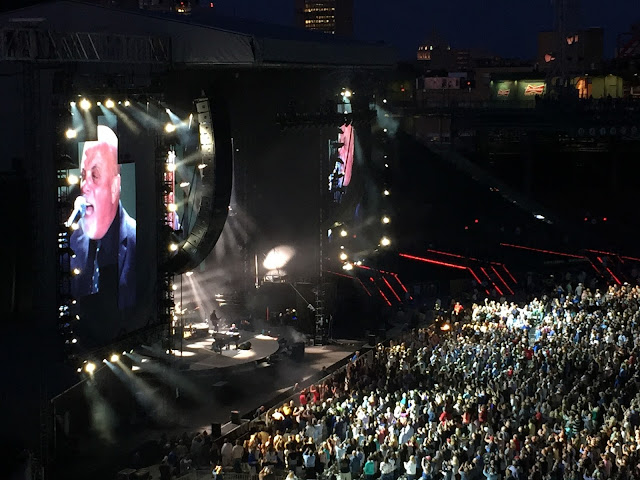 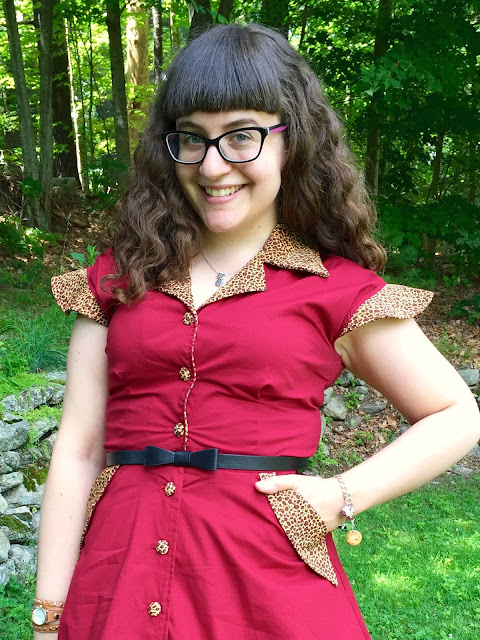