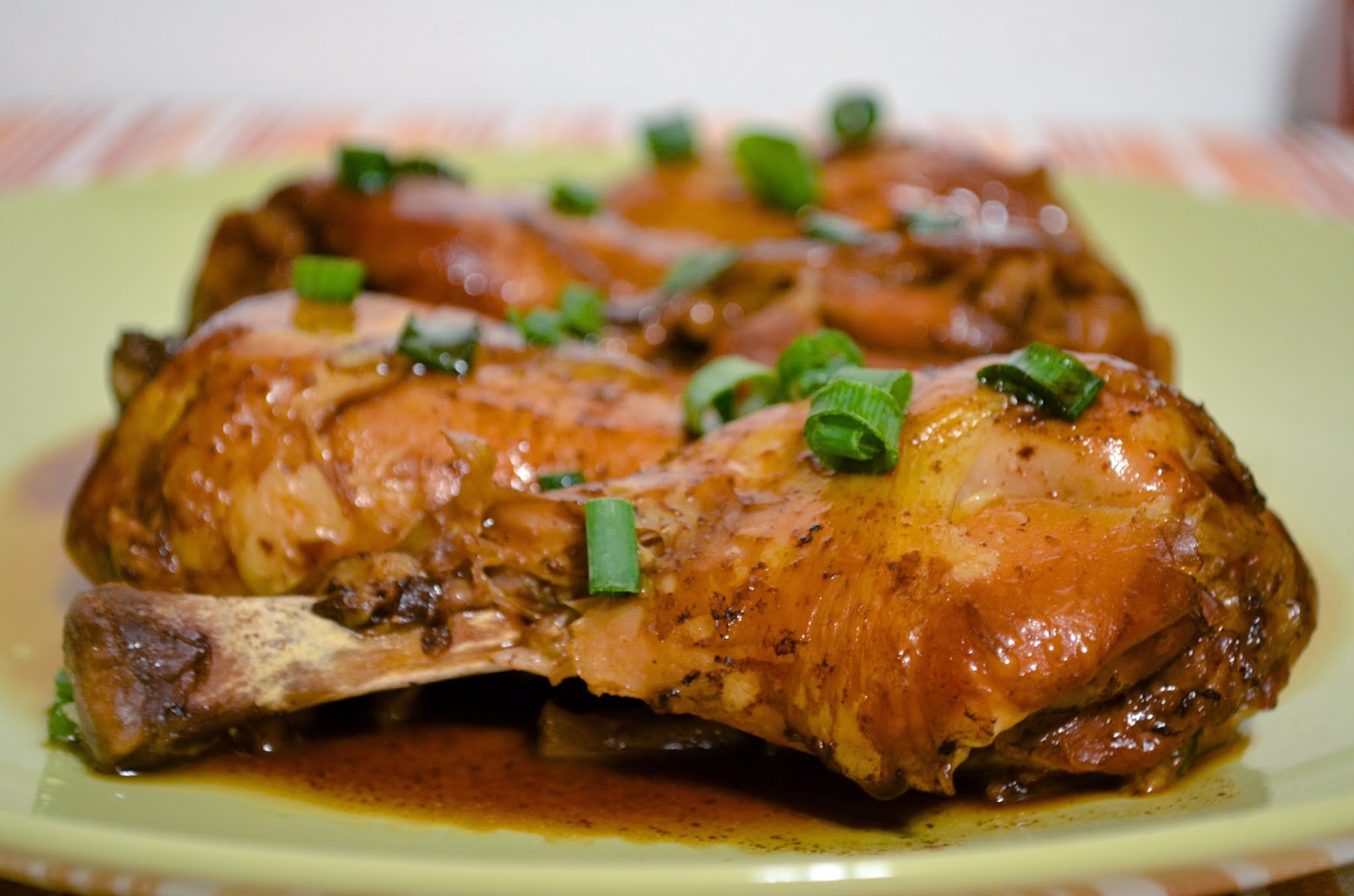 Let's keep this soda themed dinner going, shall we? A few weeks ago, I cooked pulled pork in root beer and it got me researching other ways you can extend soda's purpose in life in the kitchen.  I already know about baking with soda (if you haven't tried making cake with just a cake mix and a can of soda, do soon! It's super fun and crazy how it all works!), now I want to know all the delicious things you can do for dinner.

This time around, we're giving Coca-Cola a shot with chicken! Some Coke, soy sauce, and drum sticks is all you need for this experiment dinner. Like the pulled pork, it's easy peasy and only needs your slow cooker. 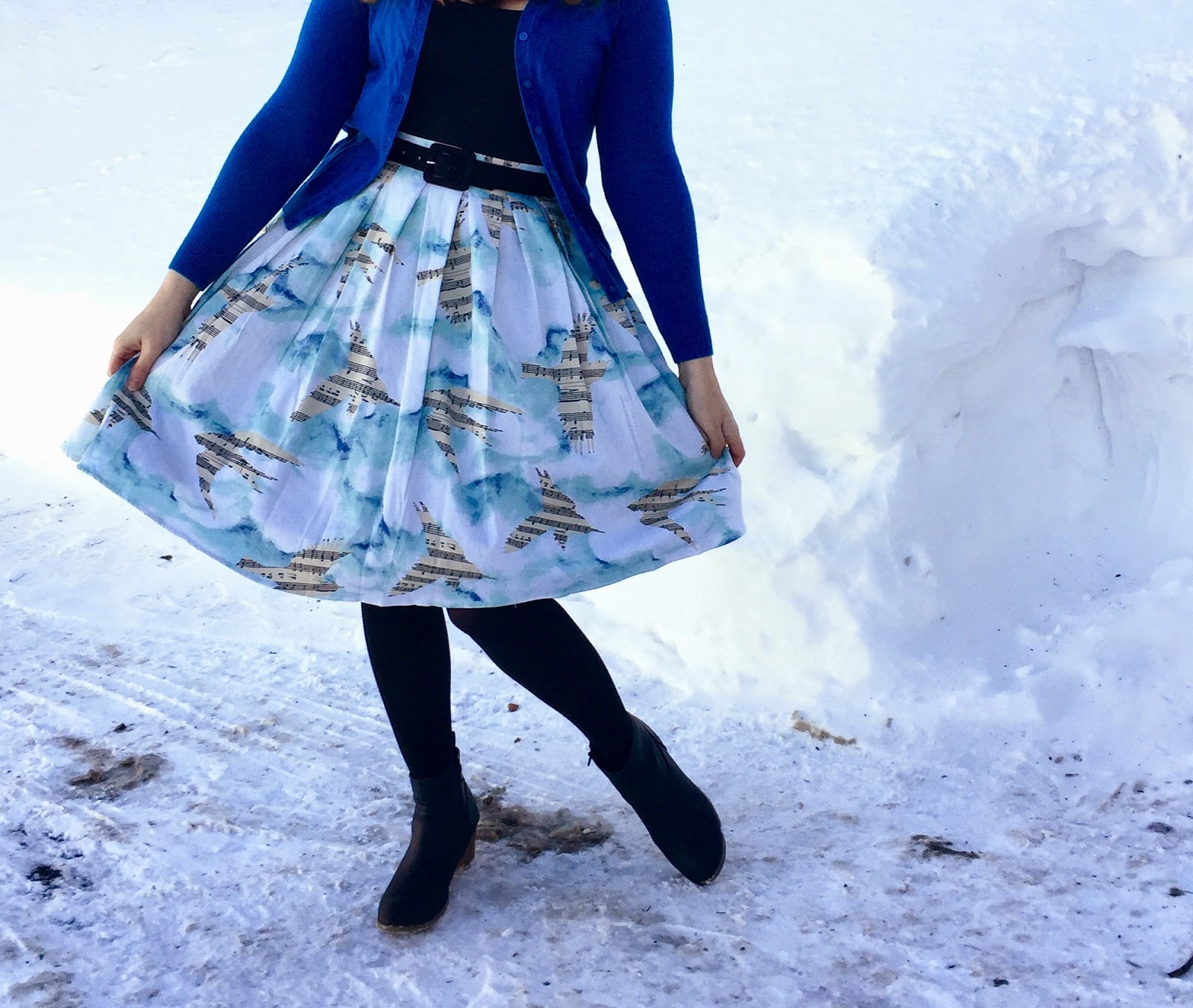 ...I'd fly right out of this Polar Vortex New England seems to have become.  I thought I lived in Massachusetts, about 40 minutes outside of Boston, but these days, I think I got kidnapped or brainwashed and now live in the arctic.

But Sara, how did someone build a house just like yours and get duplicates of all your clothes, furniture, and other stuff? I know, crazy, right? But what other explanation is there for ALL THIS SNOW? 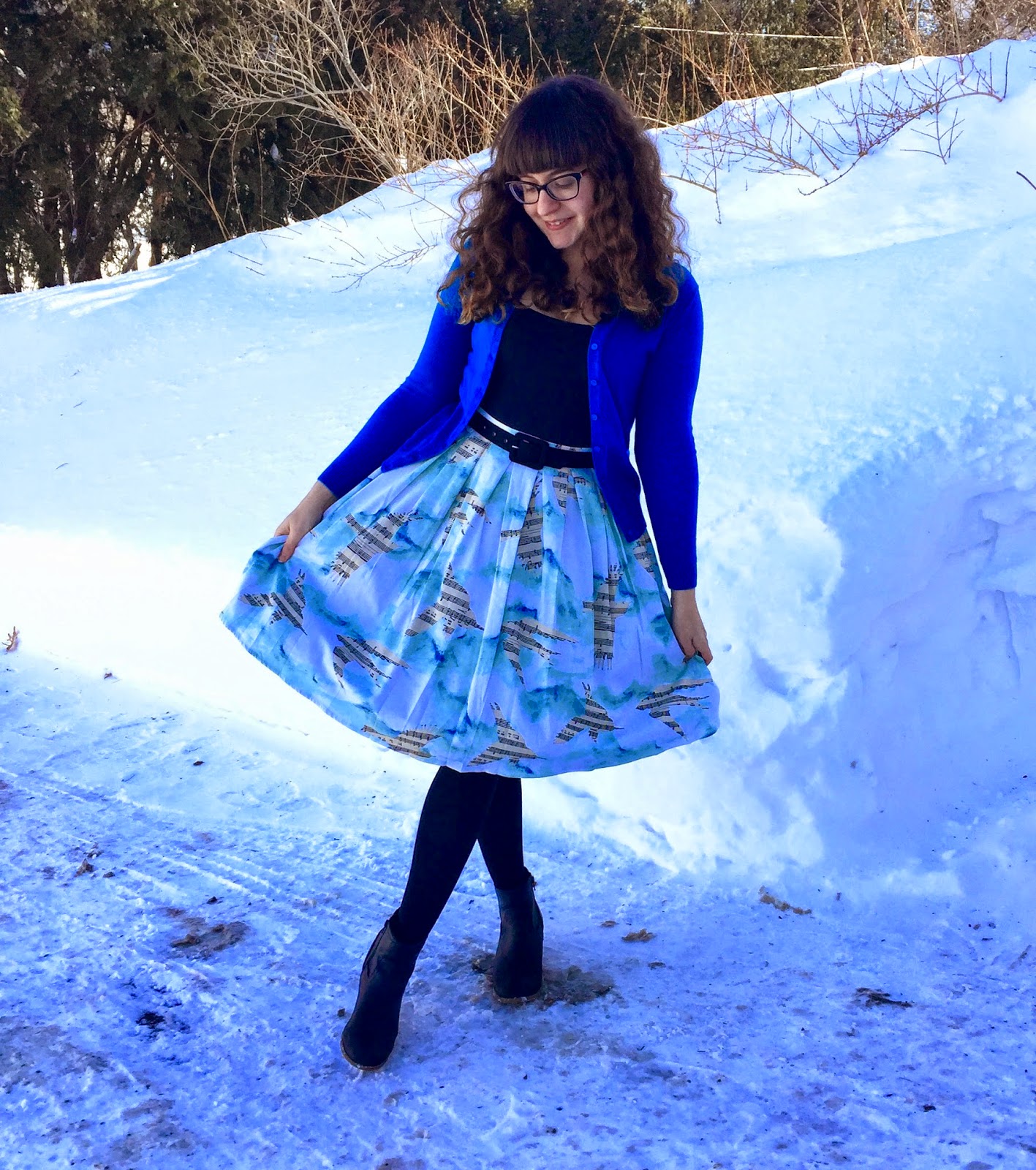 In case you live under a rock, for the past month (or more), New England has been hit with a weekly blizzard. No, not a weekly snow storm, snow squall, or snow shower - a weekly BLIZZARD. I'm talking a foot or more every week. My yard is now taller than I am. Yup. 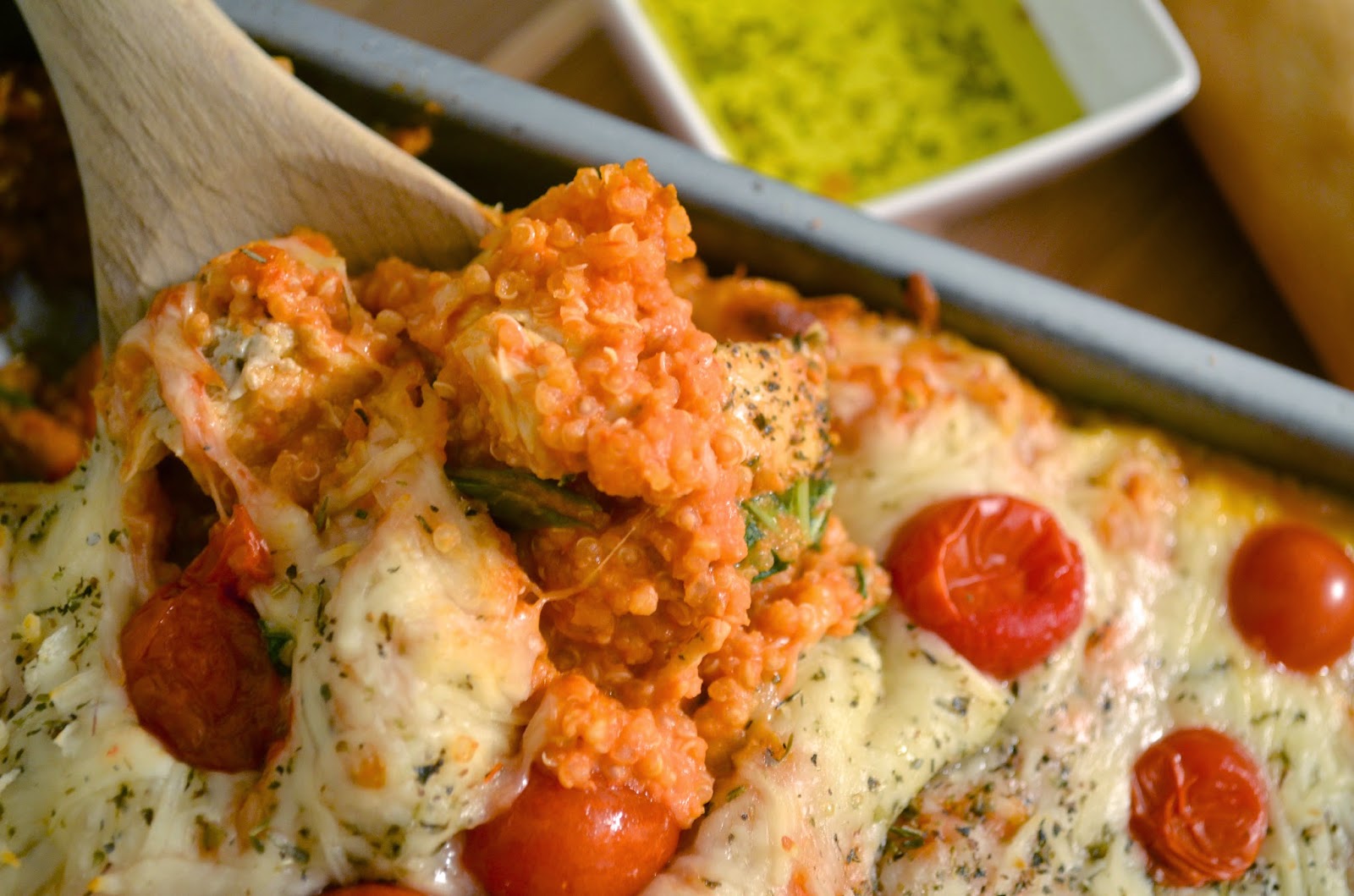 I've been doing little things here and there to better our eating and our habits. We've been trying to eat more veggies, swap out regular pasta for all wheat when we can, and we've been eating a lot of quinoa. It's been fun finding all the different ways you can make quinoa! Who would have thunk? So far, it's been a pretty yummy journey!

A Space of My Own 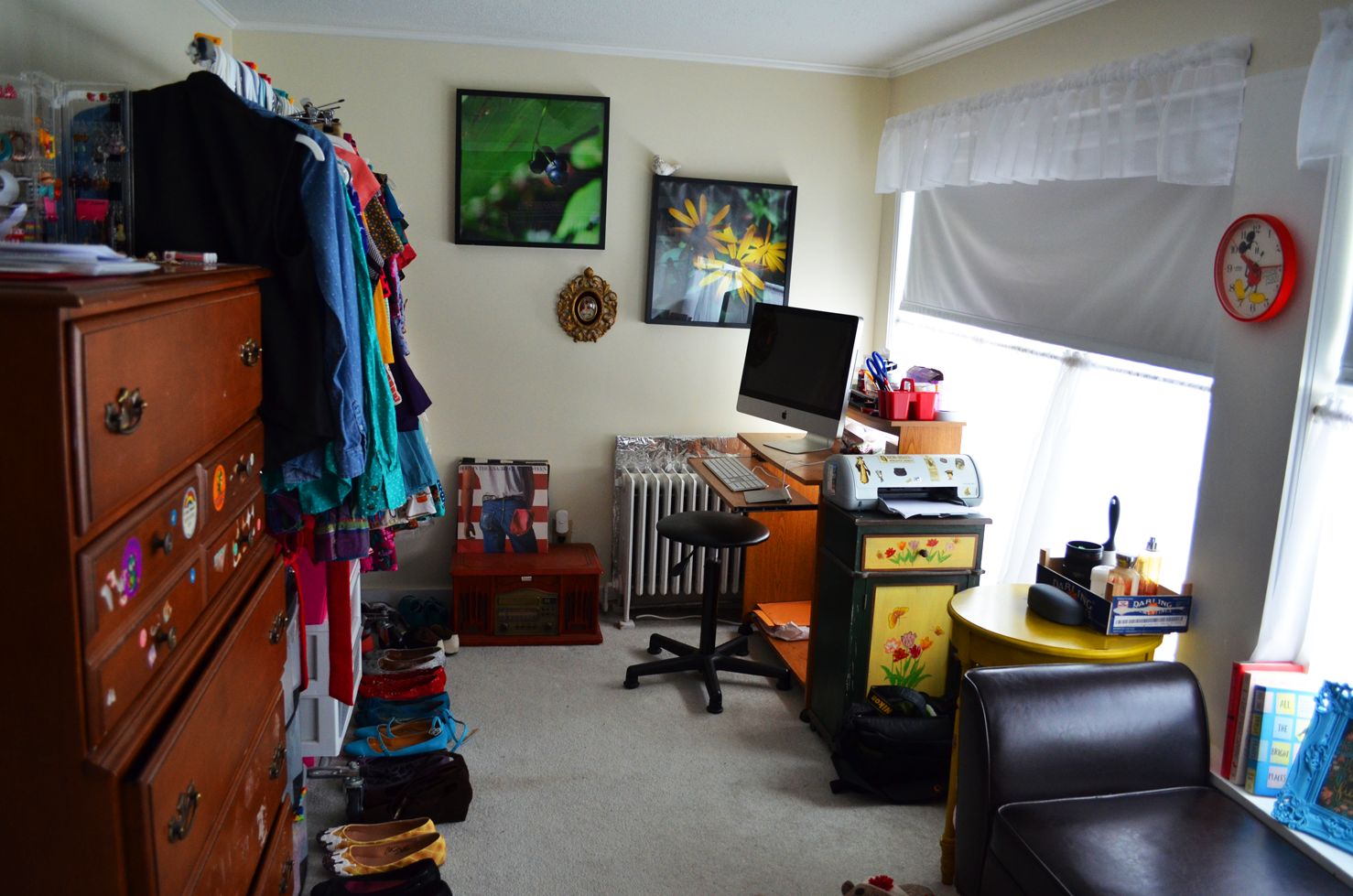 When Cody and I decided to move in together, we already had the house.

I should clarify for those unfamiliar with the story. When Cody and I met, we both leased apartments on our own. Hooray for independence! The problem with that is our leases ended on different dates. We knew it'd be a challenge when the time came to move in together.

We knew it was coming last winter. We were ALMOST ready to make the living leap but not quite. He was finishing up a lease in a few months but I had just moved into a new place of my own. Not good timing. We agreed that the fall would be better - giving me almost a year at my place (I had a month-to-month lease, conveniently) and giving us the time needed to feel a bit more ready for the move.

\Well, spring came and Cody's lease came to an end. After looking at different apartment options for him (without much luck - as a guitarist, it's hard to find the right place!), his landlord mentioned that his second rental property was available the month before Cody's current lease ended. The other rental was a house - a three bedroom house right down the street, to be exact.

Let Me Sing You the Song of My People! 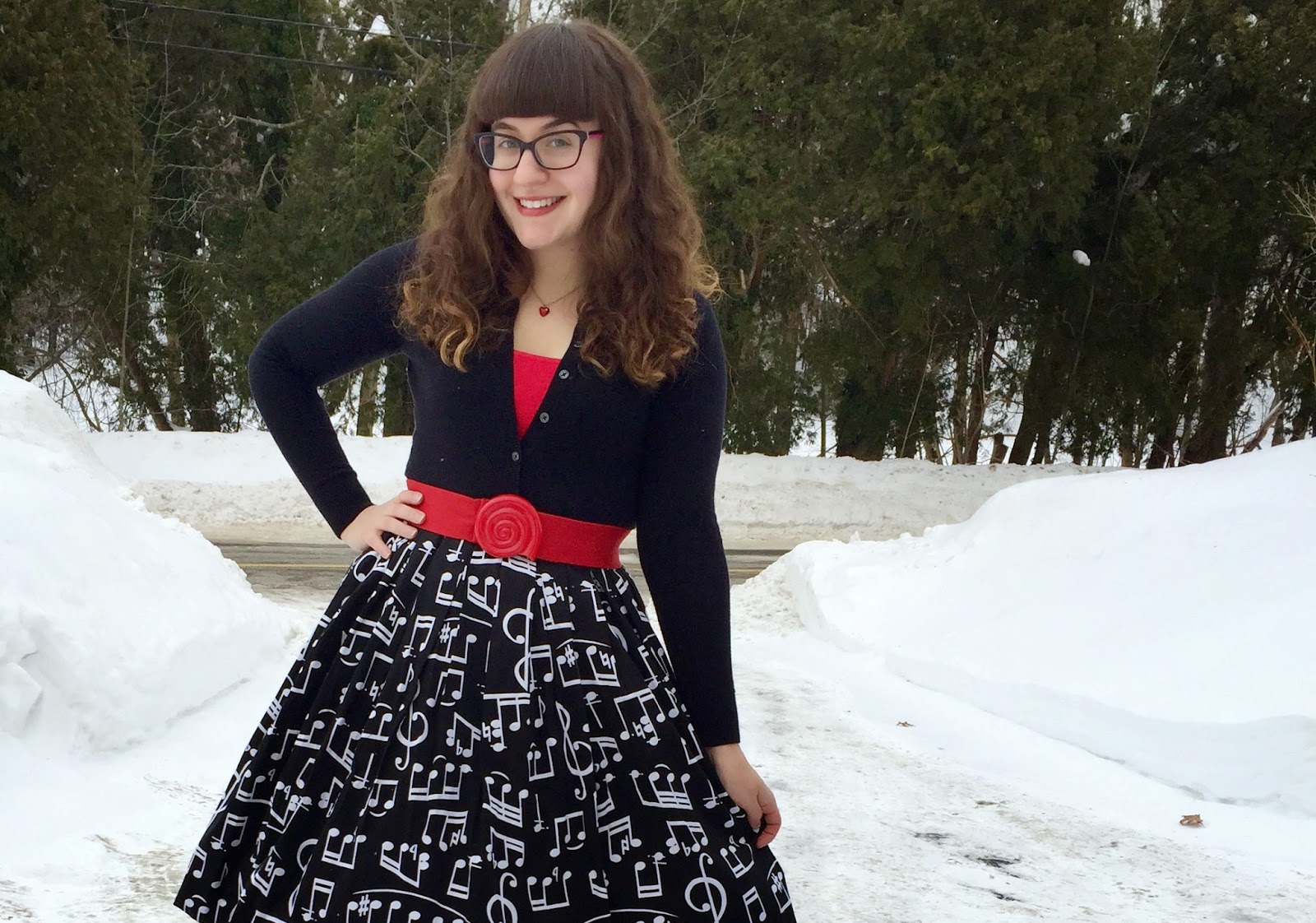 HAPPY VALENTINE'S DAY!
I have always loved Valentine's Day. Even when I was a single gal, I loved the holiday. I'll take any excuse to buy people gifts (hence why I love love love Christmas) and Valentine's Day is even sweeter because it's focused around those you love and ensuring you shower them with said love a little more than usual for one day.

Some people crap on Valentine's Day with the whole "why only share love on one day when you can do it all year round?" and it's like, well, DUH, you should do that all year round but it's so much fun to get extra cheesy and lovey for one day. You can pick out a corny card, eat lots of chocolate, and give your special someone lots of kisses all day long. I like that. 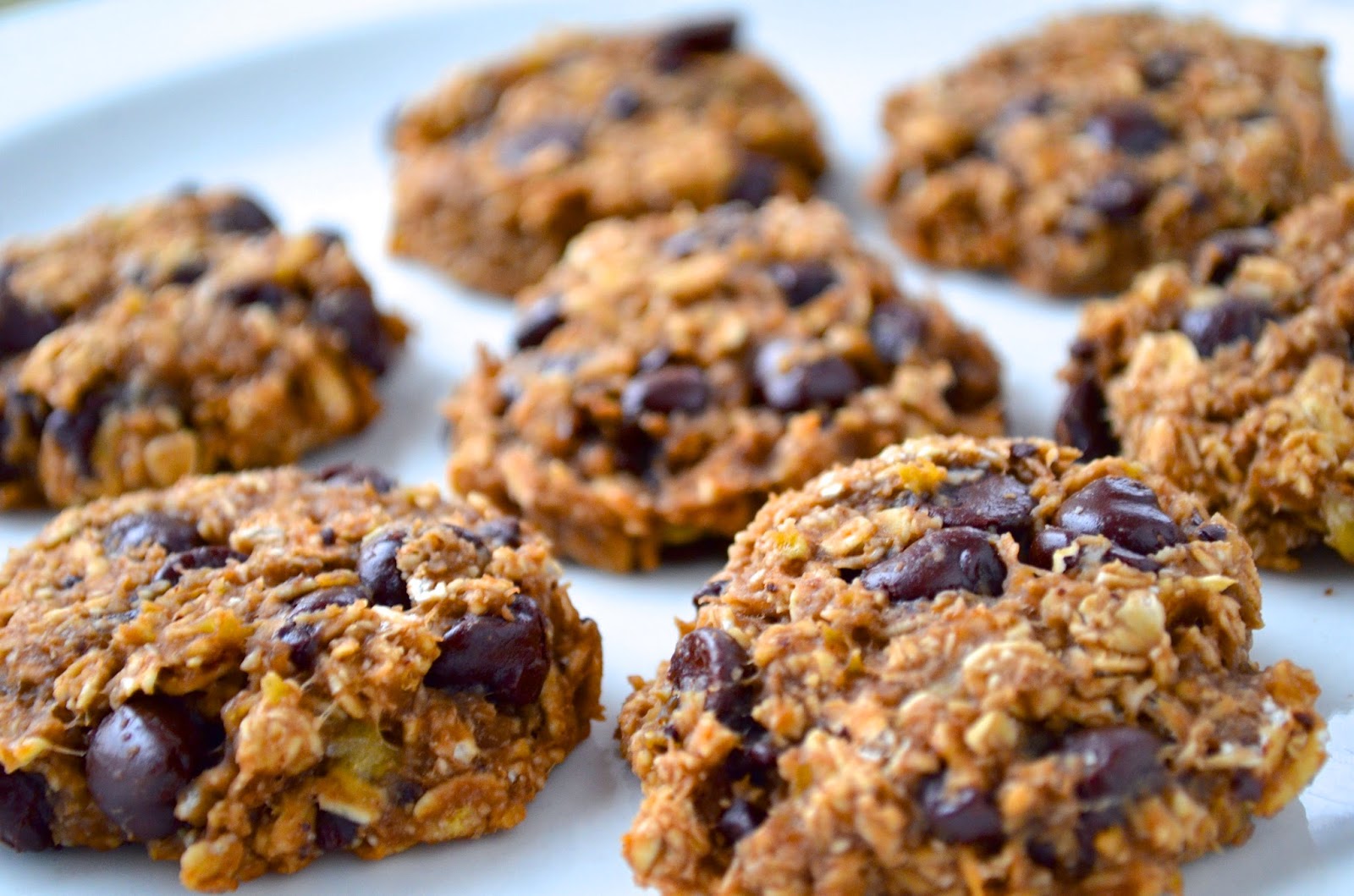 So here's the thing. In a fight between cookies and me, I'd dominate. Cookies don't stand a chance. I have a weakness for cookies - one I haven't bothered trying to change because, well, cookies. Who doesn't love a good cookie? I make a lot of cookies when I bake - it's sort of my go-to, reliable specialty.  I also love eating them. 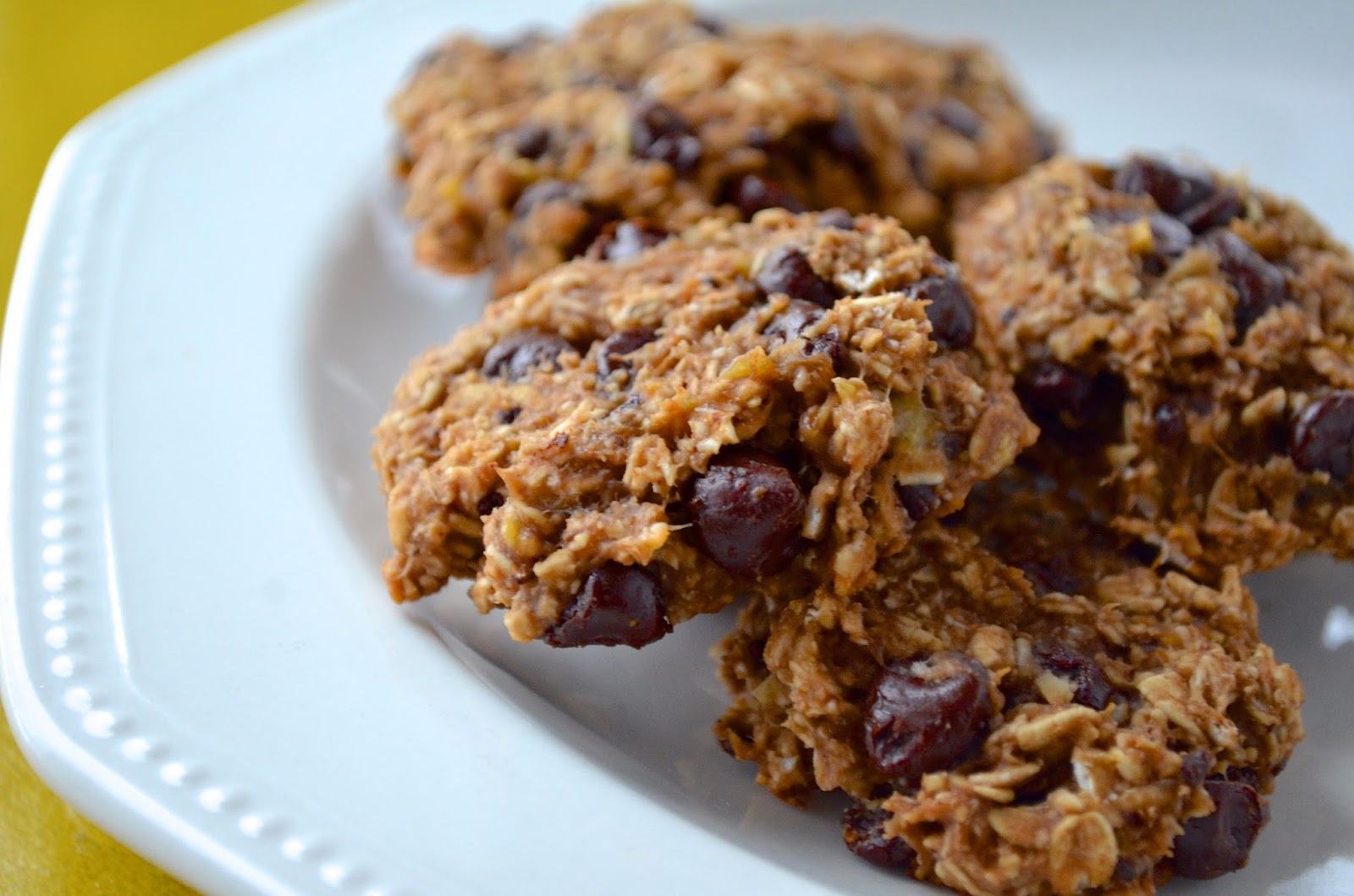 I saw this recipe floating around Instagram awhile ago. A friend also shared it on Facebook. I tried finding the source but have yet to be successful. I am also sure it's plastered across Pinterest but I wouldn't know. I stay away from Pinterest. For a gal like me who is obsessively organized and a self proclaimed perfectionist, a site like Pinterest just sounds like it'd become an obsession and a lot of work. It'd become less of a discovery site for me and more of a mission to make my pin board AS PERFECTLY ORGANIZED AS POSSIBLE. See? Yeah. I'll stay away, thanks. 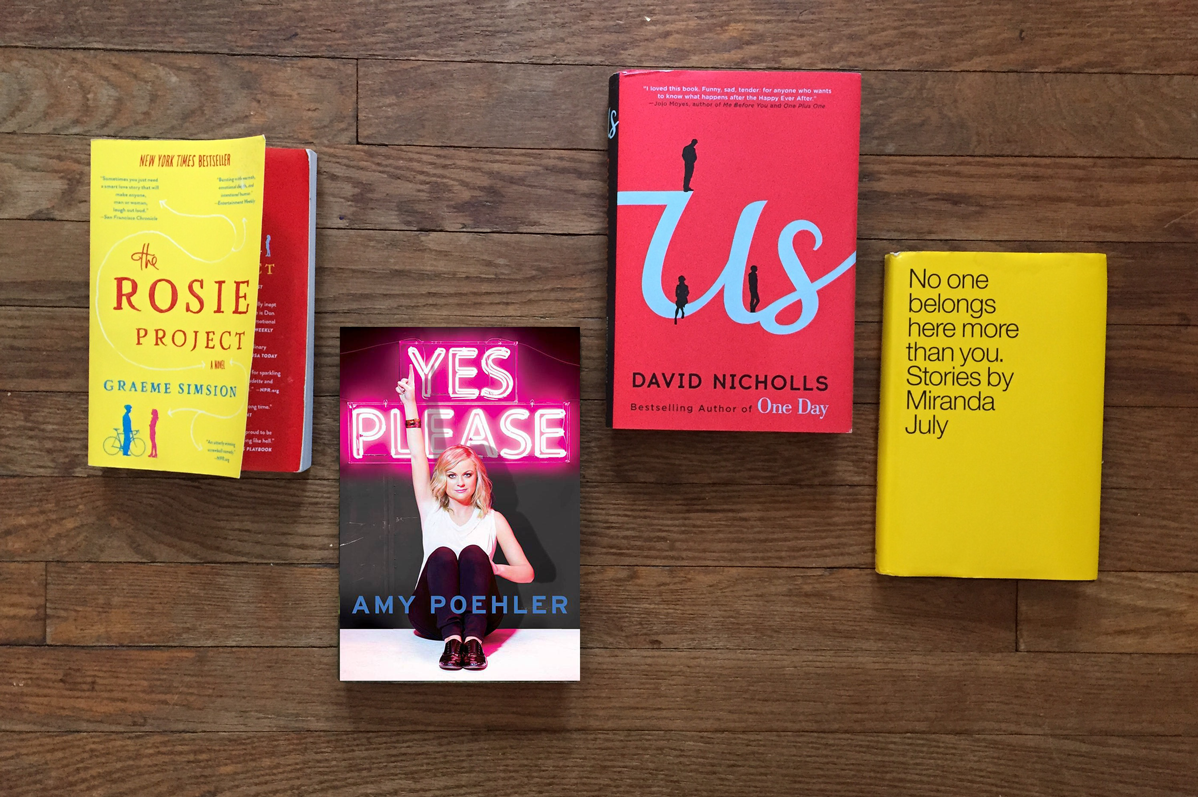 Here we go, kids, another edition of What's Sara Reading? How have you been? Reading anything good? I would love to hear from some of my fellow readers. Add to my list! What did you eat up this past month?

I definitely had the time to flip some pages with all the snow we've been getting. It amuses me when my fellow New Englanders start bitching about the winter and how they're "over it."

Um...what? It just started! We lucked out with a mellow November and December. As far as I'm concerned, winter has now begun and we've got a long way to go. So to be "over it" already just doesn't make any sense. Get used to it and open up a new book! I sense some storms ahead! 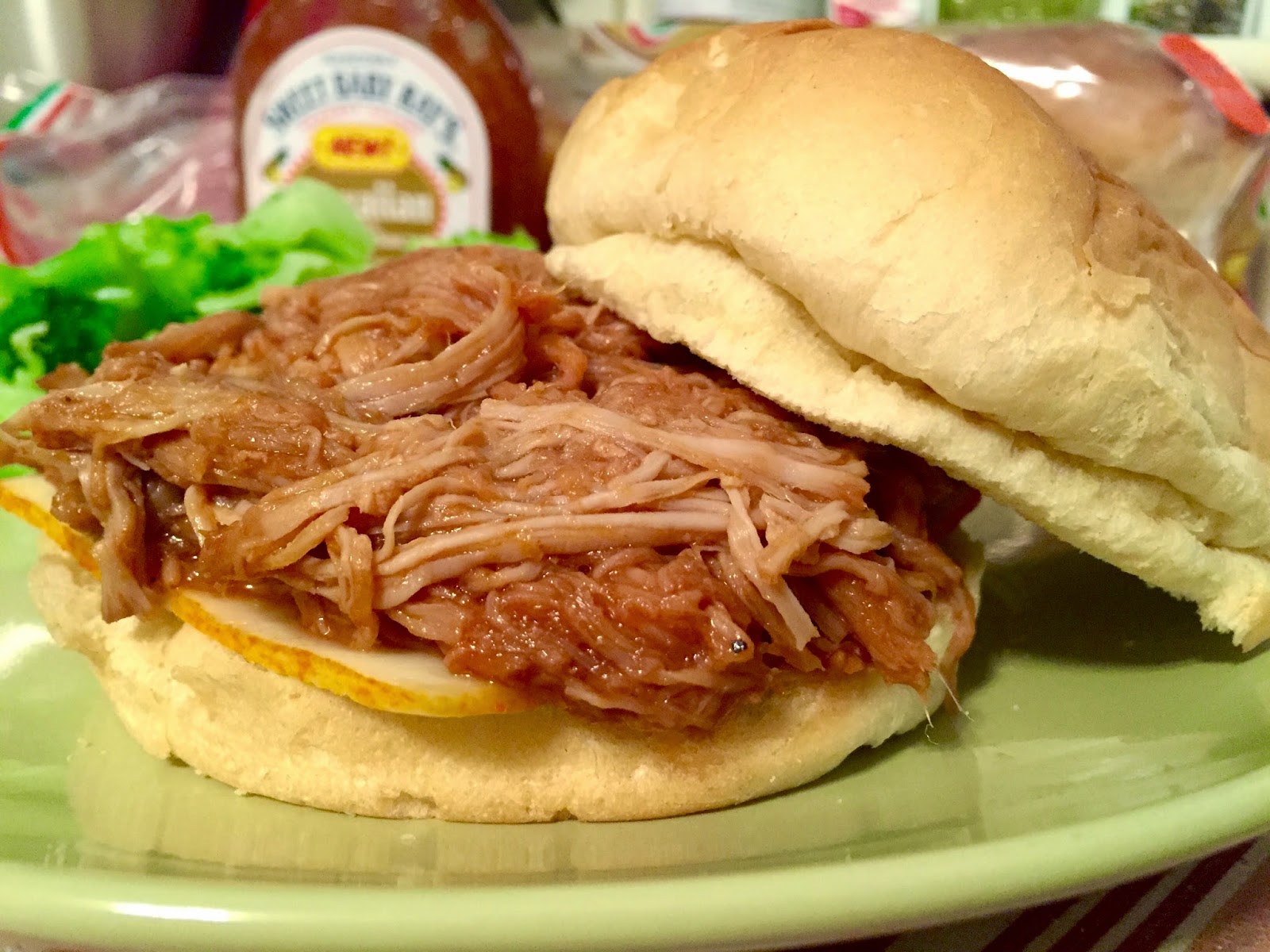 It's almost humorous that I decided to feature this on the blog as I've never been a big pork fan (I don't even like BACON!) and am also not a big lover of BBQ. I know, I know, I'm un-American. Whatever. I'm used to standing out like a sore thumb (but a stylish sore thumb!).

However, that aside, Cody and I enjoy roasting or grilling up one of those packaged pork loins by Hormel every once in awhile for an easy no-fuss dinner. They come in all kinds of flavors and we like the honey mustard, roasted mushroom, and Italian seasoned the best.

Recently, Cody suggested throwing a plain one (Hormel also sells ones without the fancy flavors) into the crock pot to make pulled pork. I immediately cringed since I've never attempted such a feat and always believed it would be complicated. He suggested I chat with his Mom, Brenda, to get her recipe. Apparently B has secrets - delicious, delicious secrets!

So I shot her a text. I got her advice. I pulled together the supplies. I threw in some of my own additions. I made the pork and... 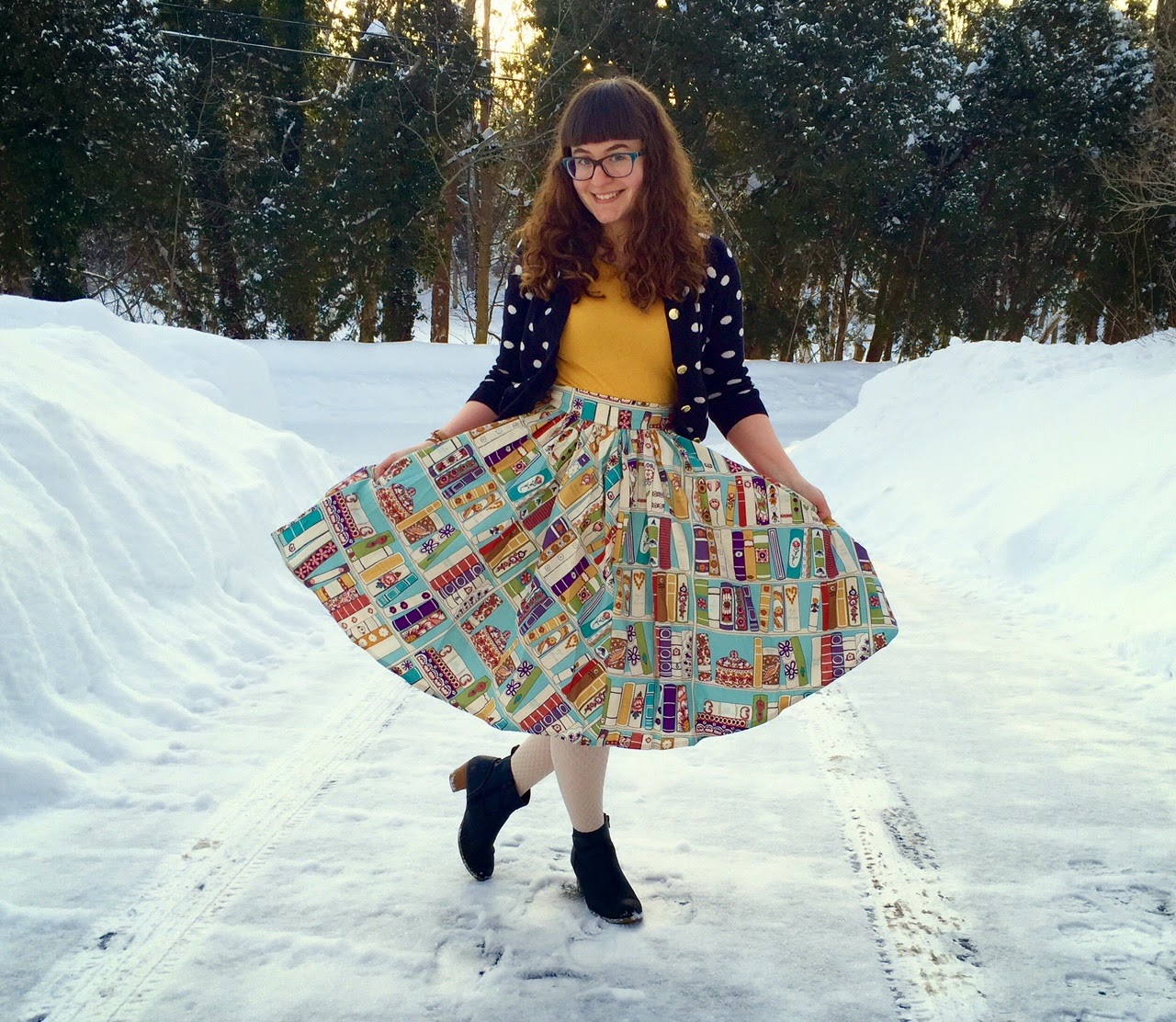 I was first introduced to Munster Madness one morning during my blog reading coffee break (do you check out your favorite bloggers in a daily ritual like I do? No? Hmm...) when the Etsy shop was featured in a Junebugs & Georgia Peaches post (THIS one to be exact!). The gals at Junebugs were having a giveaway. Of course, I entered, but before the contest was over, I had ordered a skirt through Munster Madness on my own.

Because I couldn't RESIST, that's why!