A Space of My Own When Cody and I decided to move in together, we already had the house.

I should clarify for those unfamiliar with the story. When Cody and I met, we both leased apartments on our own. Hooray for independence! The problem with that is our leases ended on different dates. We knew it'd be a challenge when the time came to move in together.

We knew it was coming last winter. We were ALMOST ready to make the living leap but not quite. He was finishing up a lease in a few months but I had just moved into a new place of my own. Not good timing. We agreed that the fall would be better - giving me almost a year at my place (I had a month-to-month lease, conveniently) and giving us the time needed to feel a bit more ready for the move.

\Well, spring came and Cody's lease came to an end. After looking at different apartment options for him (without much luck - as a guitarist, it's hard to find the right place!), his landlord mentioned that his second rental property was available the month before Cody's current lease ended. The other rental was a house - a three bedroom house right down the street, to be exact.

It felt like fate - it was exactly what we discussed wanting to look for and it was exactly where we wanted to live. It also rocked that we already knew the landlord and the timing worked out perfectly for Cody.

We looked, we loved, he rented!

Cody rented the house by himself with the understanding that I'd be joining him come the fall. I was very excited at the idea of sharing the house with him, waking up with him every morning, making dinner for him every night, and just cutting out that annoyance of living two places at once. I have to admit, though, one of the biggest excitements of moving in was getting a room to myself - and to do whatever I wanted with it! As stated before, the house we live in has 3 bedrooms. We knew we'd want that extra space even though it would be just us (plus a tortoise and bearded dragon, of course) so that we could each have somewhere to retreat to if we needed space (not to mention some extra storage). Cody got his man cave where he can rock out on his guitars and play video games all he wants and I got my own little boudoir!

At first I debated making it an official guest room but it became clear what I truly desired it to be - a bright, funky, retro dressing room! It's my own little slice of heaven - on one side I have my desk and Mac for photo editing and blogging and on the other I have all my dresses and skirts on display on my clothing rack with all my flats lined up below. In the morning, after my shower, I just waltz on down the hall and pick out what to wear while Cody continues to snooze (I wake up at least 45 minutes earlier than he does - men have it so easy in the morning!) and I don't have to worry about waking him up or dressing in the dark - ew. 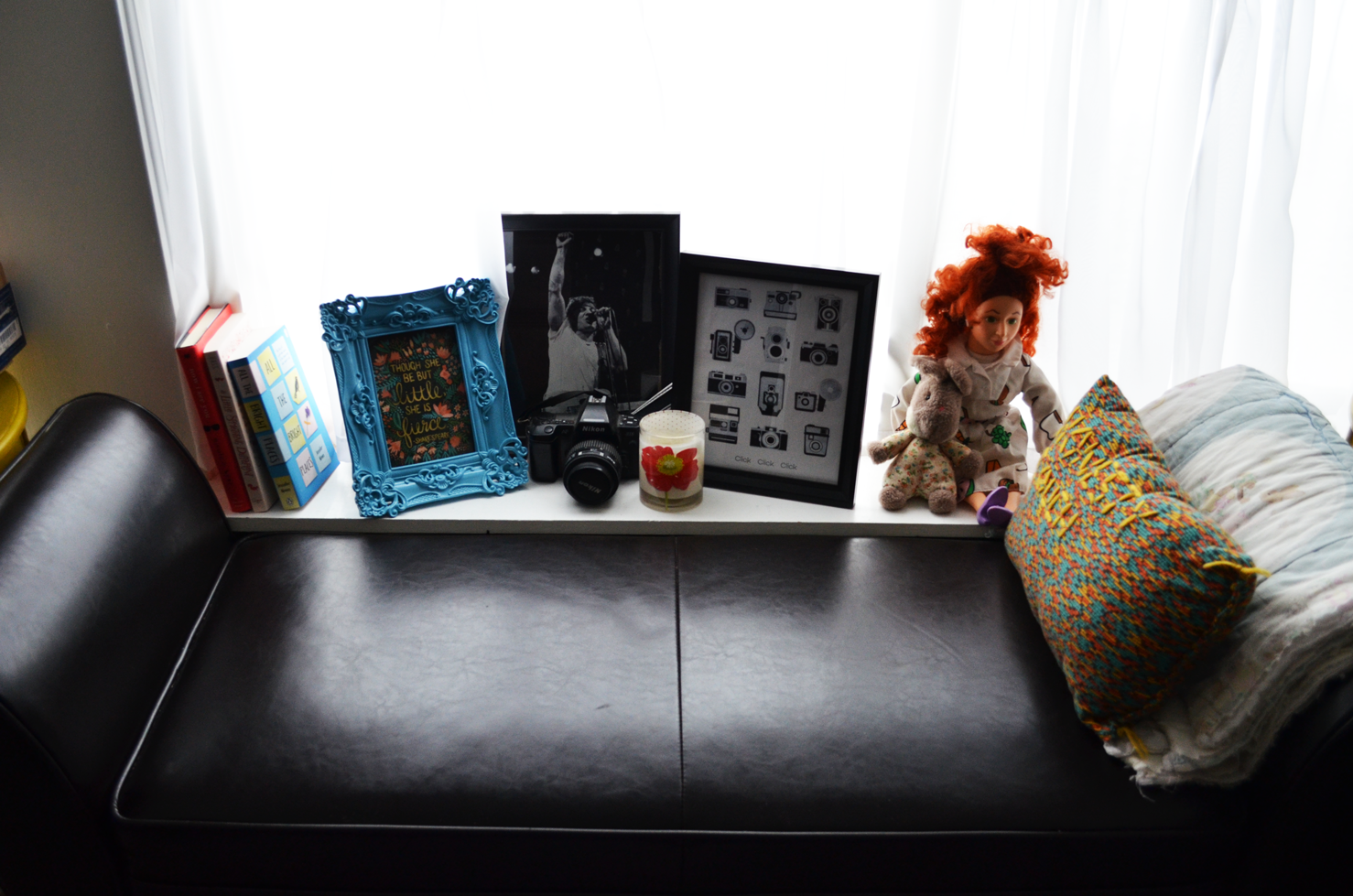 I love having my own space. Not only can I get dressed in a beautifully bright room to the sound of Bruce on my record player (one side of the room is 95% windows), but I have all my pretties in one place, on display.

I just love how it looks to have a full clothing rack on display. I don't think it looks messy or cramped. I think it's an easy way to decorate with all those pretty colors and patterns! 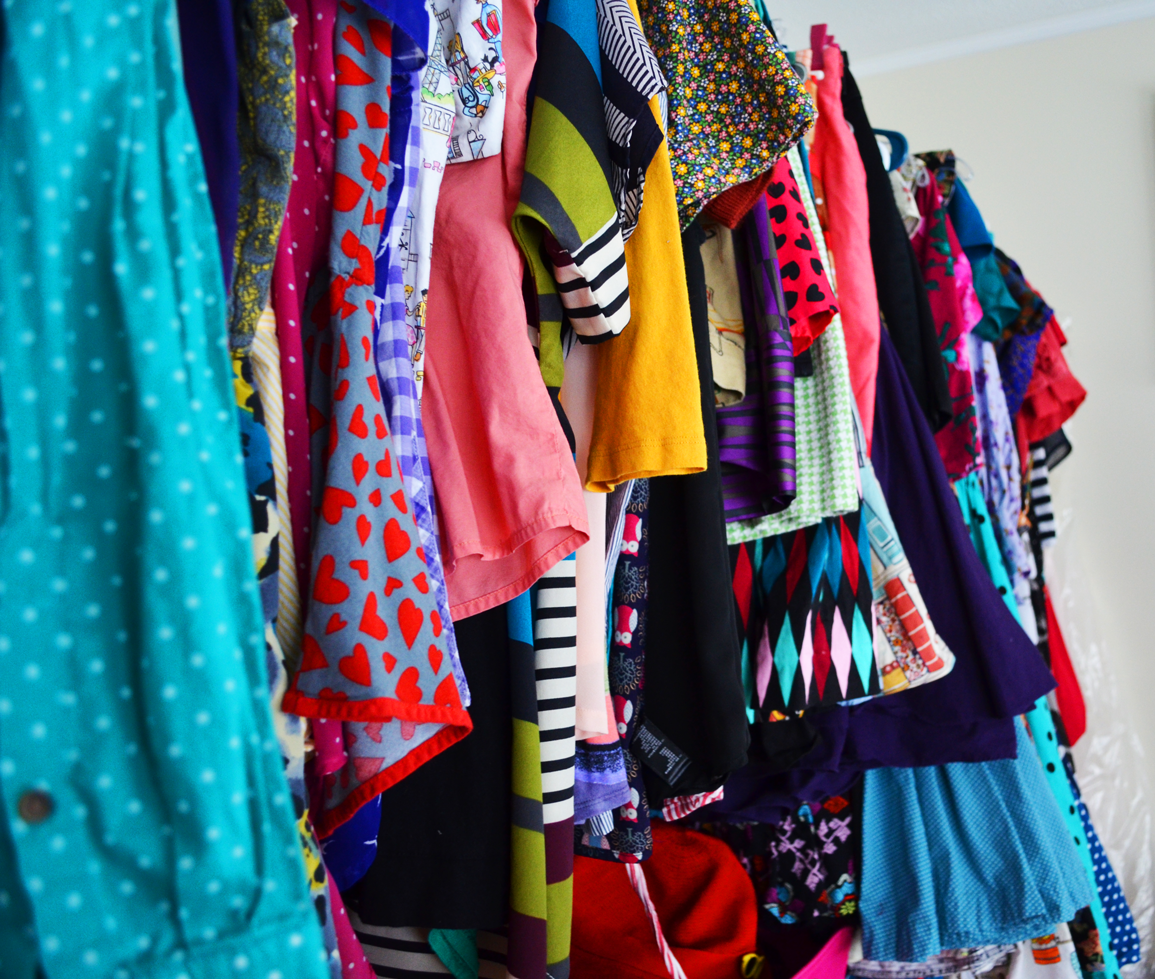 Having my clothes on display makes it easy to plan my outfits as well. It's all out in the open, easy to see, find, and decide upon. No cramped closets here! The thought of that makes me shudder. I doubt I will ever find a closet big enough to contain my dress/skirt collection but you never know.

Perhaps one day I will win the lottery and will be able to buy a big house with a massive walk in closet a la Mariah Carey on MTV Cribs. 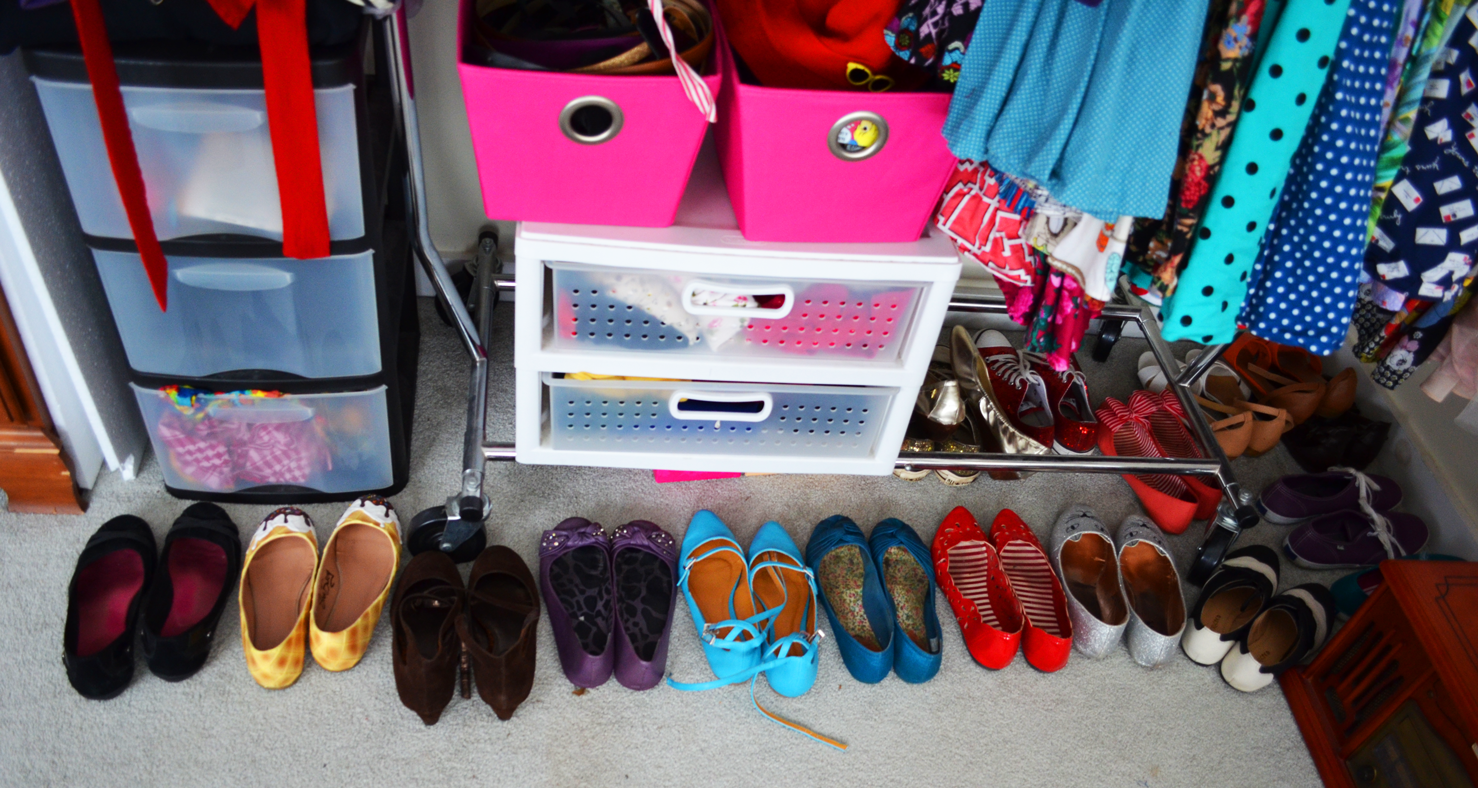