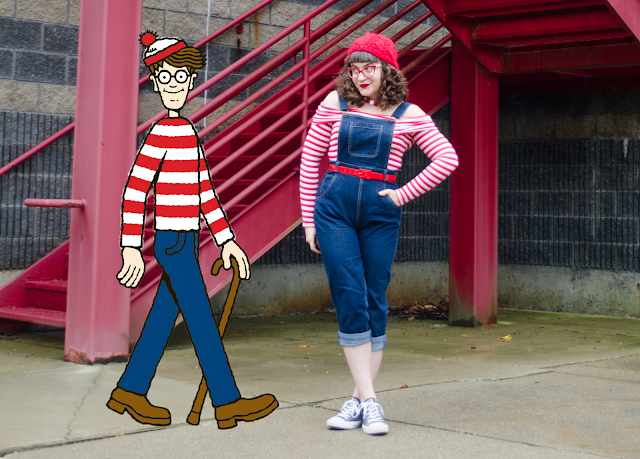 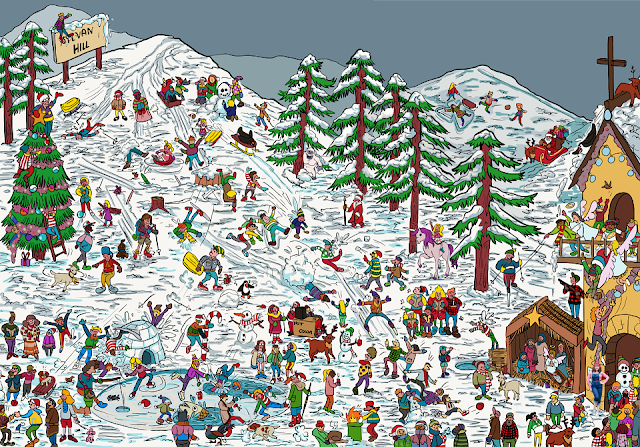 Can you spot me?

I'm coming at you live from a crowded space where you'll have to work really hard to determine "Where's Sara?" or is it more fitting to ask "Where's Saraldo?" Hmm or "Where's Walda?" 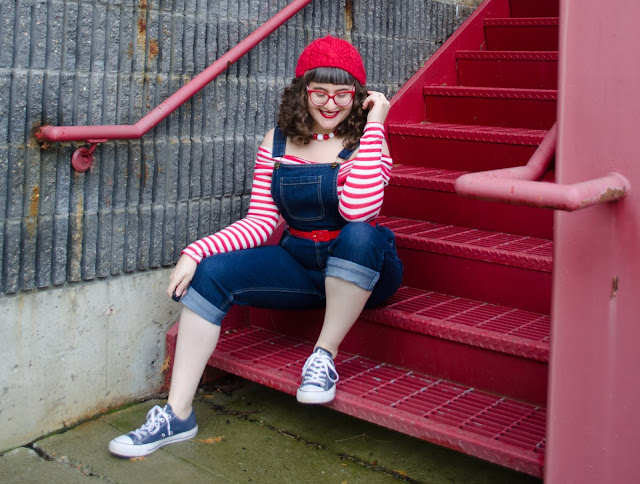 Whatever, you get the picture. I wanted to share another easy last minute Halloween costume in case any of you ghouls get invited to a bash at the last moment. Using my Collectif overalls and striped top from Doll Me Up, I threw together a Where's Waldo costume in no time flat. 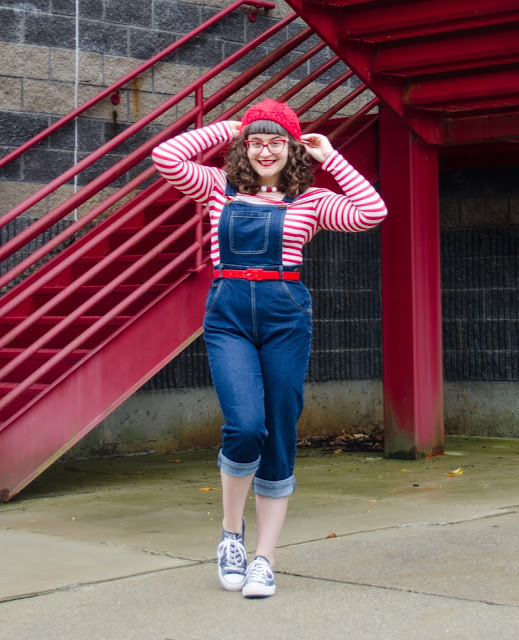 If I dress up as Where's Waldo, can I get away with hiding in the bedroom where the kitties are hanging out at the party? I mean, it'd go with my theme fairly well, don't you think? 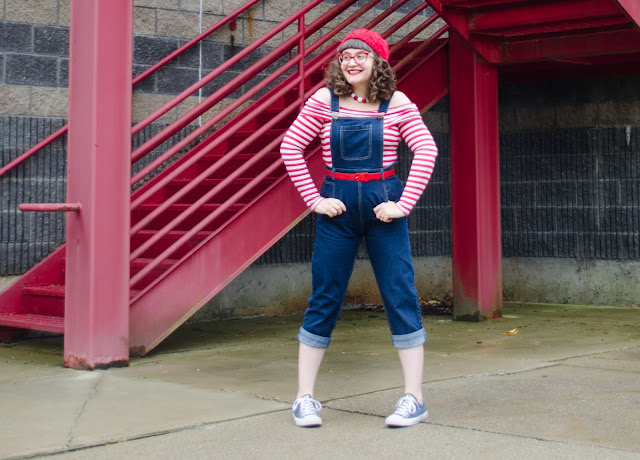 I definitely feel like Waldo a bit at this point in the wedding plans. Our boxes and piles of wedding stuff started accumulating late last year in the kitchen but then it quickly got to be too much for the space so we designated Cody's man cave room (sorry, babe!) as the Wedding Room (lol Wed Room! WED ROOM!) and there are now so many piles of boxes in that space in addition to Cody's suit, my dress, and all the decorations that you'd definitely lose me among them. 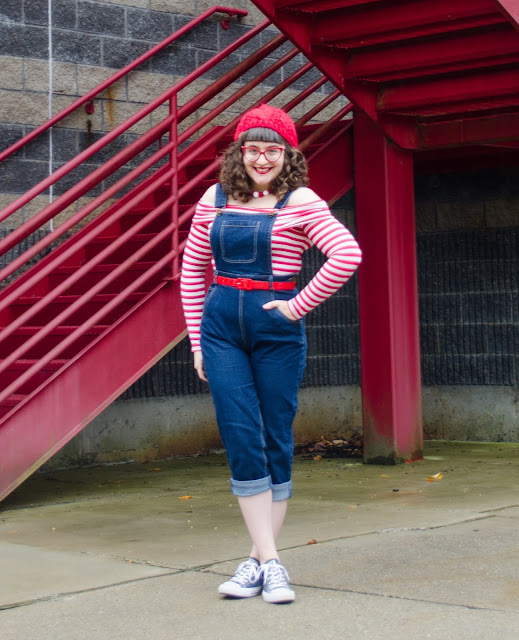 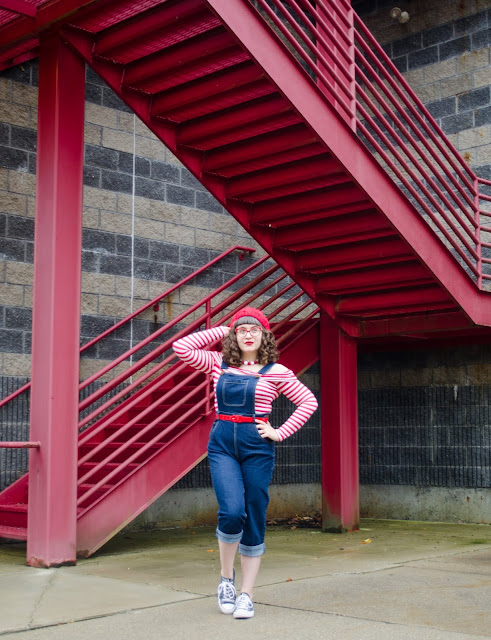 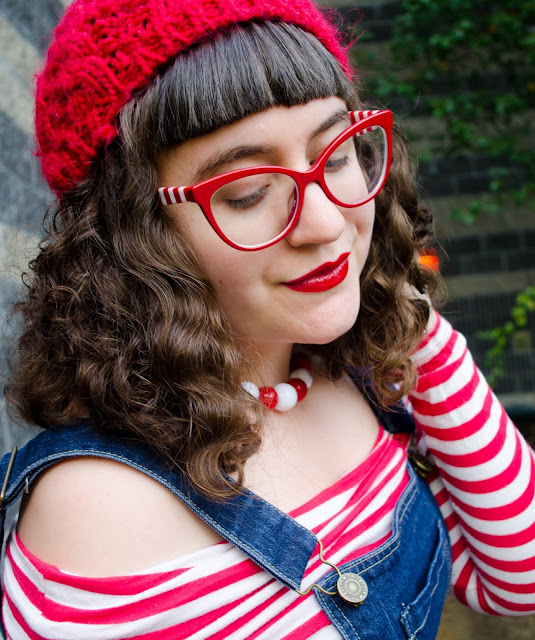 Anyway, you get the idea. 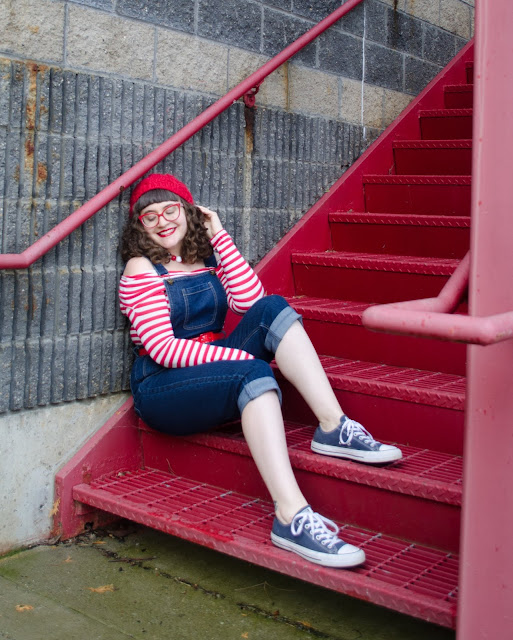 So I also have a bone to pick with man kind as I continue to share some Waldo-esque photos from my shoot last week. Why do people insist on being so sketchy and creepy? How do they NOT know they're acting like total creepos when they do it? 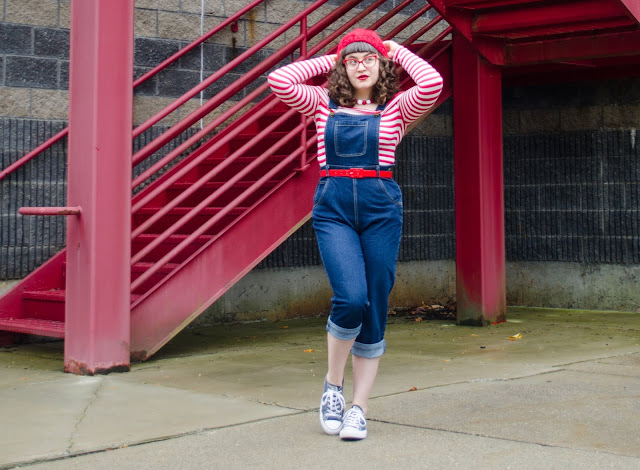 As I began setting up my camera behind the abandoned movie theater down the street, I heard cars pass by (the plaza still has open stores and people often use the back entrance to get to them) and didn't think much of it. I am a blogger, after all - if taking photos in a public space scared me, I wouldn't be able to have a blog. So I'm getting the right angle, plugging in my transmitter for my remote and making sure everything is working when I hear a car pass. Then I hear the car reverse. And I kid you not, it reverses and stops BESIDE me and just SITS THERE. 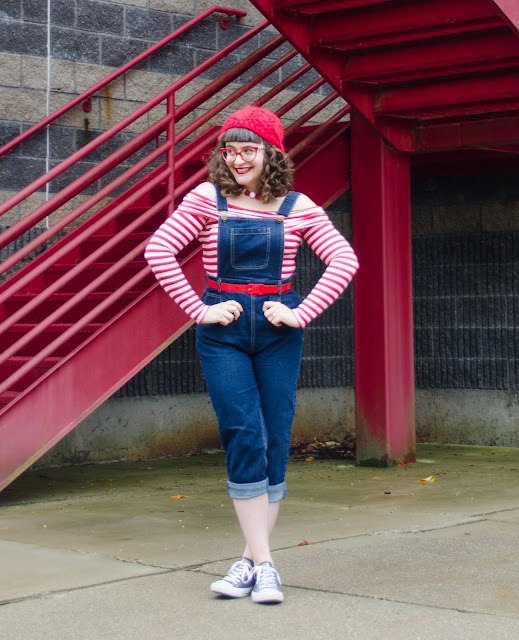 I swear, you cannot make this crap up. 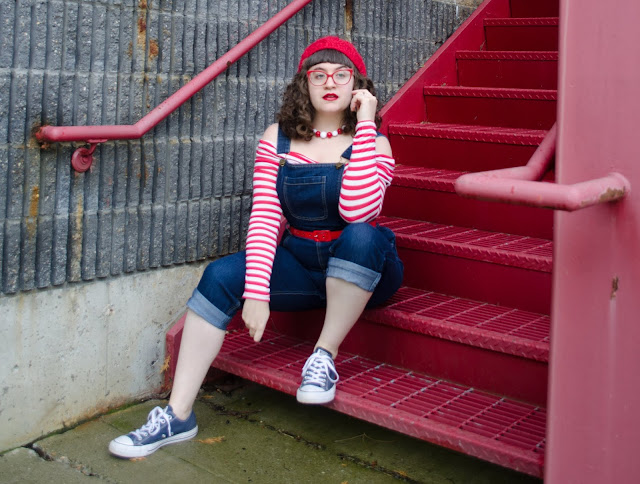 My initial reaction? "GO AWAY! What in the WORLD could I possibly help you with?" because who drives past someone, stops, reverses, and just sits there quietly? FOR WHAT REASON?

Well, two could play that game, I thought. So I kept fiddling with my transmitter and adjusted my lens to see how long this person would sit just out of my peripheral vision without saying a thing. After a good couple minutes (not even kidding, I counted in my head), I decided to just tell them to "f**k off" (in those exact words) because I assumed it was a sketchy dude being sketchy. So I turn my head with a very obvious confused expression on my face and the young gal behind the wheel just shouts "what's going in there?" and I'm all "...sorry?" and she asks again, "what's going in the building?" to which I look around and very blatantly snap back with very much attitude, "I wouldn't know..." and she just giggles and says she was curious and drives away. 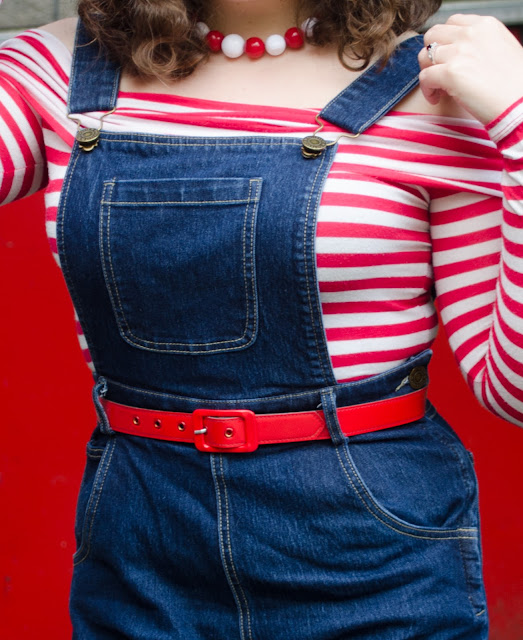 BECAUSE KNOWING WHAT BUSINESS IS MOVING INTO THE EMPTY THEATER WAS SO IMPORTANT THAT SHE REVERSED HER CAR AND SAT THERE FOR 2 MINUTES WAITING FOR ME TO NOTICE HER TO ASK ME, A GIRL IN OVERALLS SETTING UP HER CAMERA. 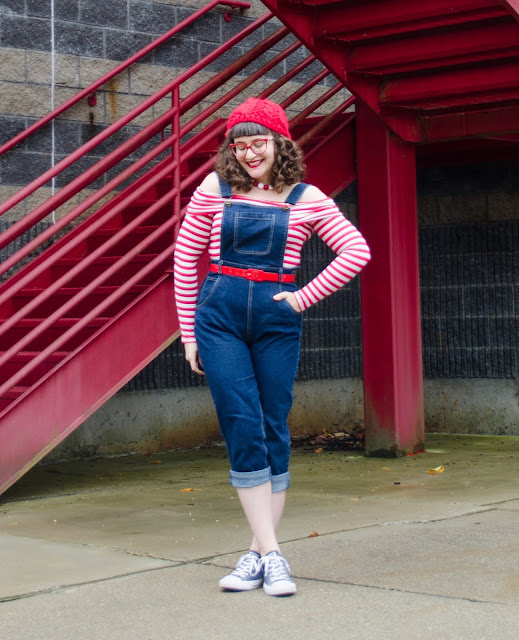 Like...why? Just why? Why not just pull up and immediately say "excuse me" or something if all you wanted to do was chit chat? Why sit there in silence for an awkward amount of time? What if I never looked over? Oh man, I could go on for hours about this. Because as my other blogger friends know, this is not a strange occurrence. Weird things like this happen ALL THE DANG TIME when I am out taking photos and it's SUCH a pet peeve. It's never an outright a creepy dude being inappropriate, luckily. It's always just weird sketchy people like this, not leaving other people alone and somehow not realizing how weird and sketchy they're being. Personally, when I drive by people walking on the street or standing outside a building, not only do I not bother them, but I definitely don't stop my car and then reverse it to bother them. I mind my own business - what a concept! 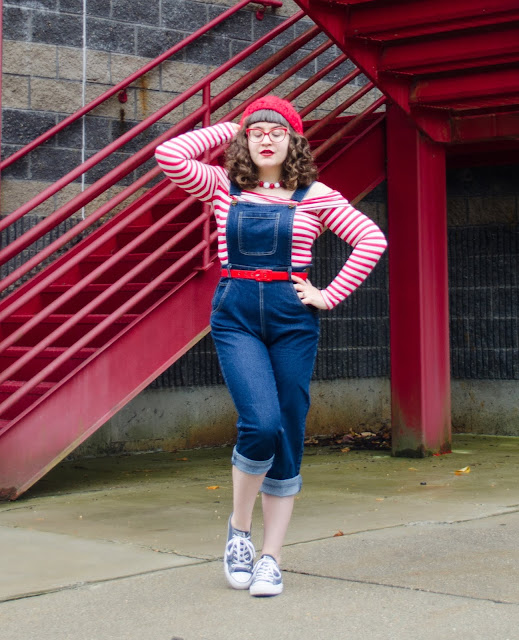 Anyway! Just thought I'd share since it was oh so baffling to me. If you have an abandoned building you'd like to fill with a new business, hit me up. Apparently I'm the kind of gal who can make that happen! All while looking like Waldo!