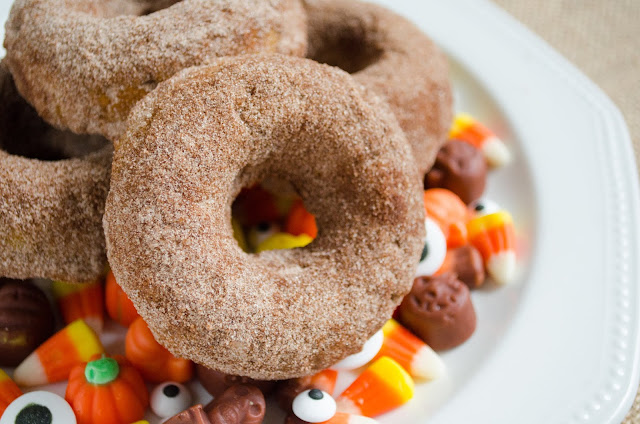 How did I let it get so late into Fall without baking a Fall themed treat to share!? WHO AM I? 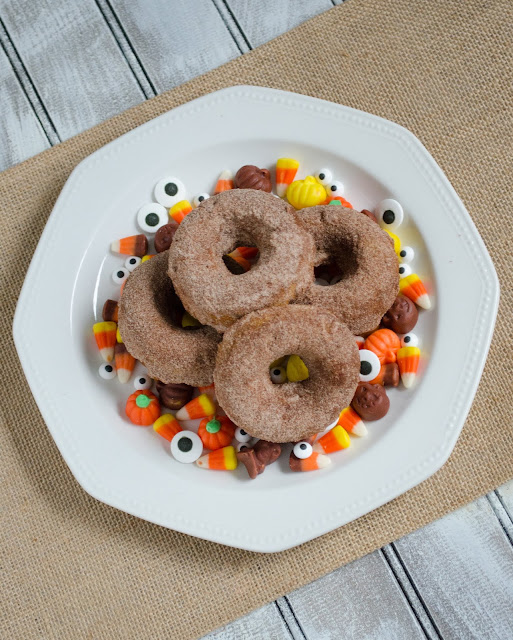 Well there's no time like the present and now that we're in full October mode, I decided it was time to go full on pumpkin themed and make us some donuts. 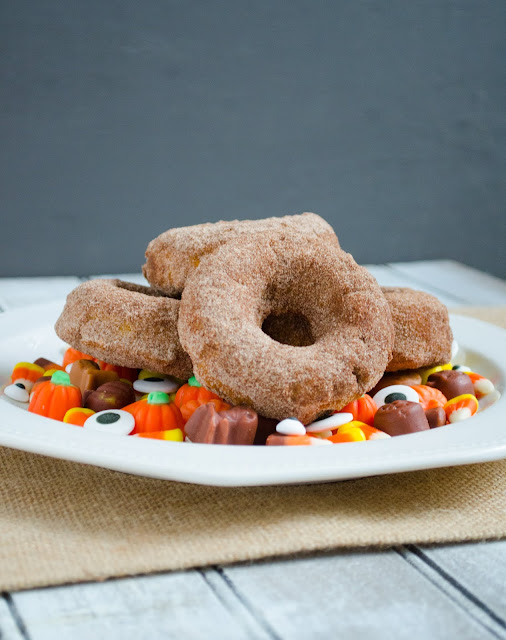 Are you surprised? REALLY? What else would I whip up? 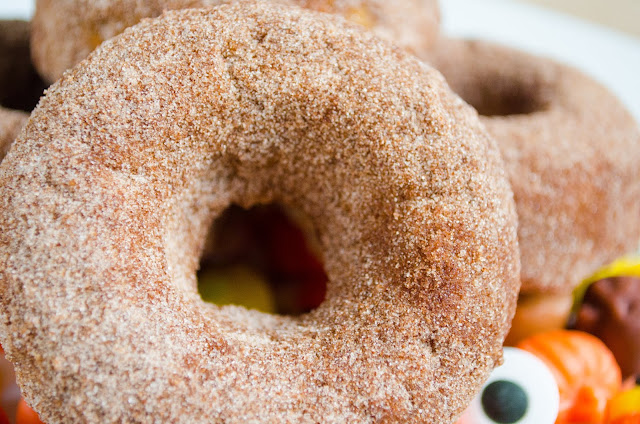 I love that these are not only a baked donut (easy peasy!) but they're also so vegan. If you're REALLY not into the recipe below and can't stand the idea of using anything but real butter , you can hop on over to Baker by Nature (linked below) where she also shares a non-vegan version! Isn't she so thoughtful? 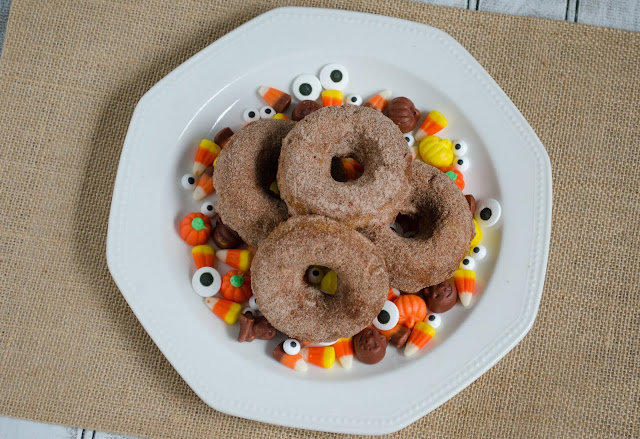 These donuts are DANGEROUS. First of all, they're light and fluffy and totally make you feel like they're not bad for you (if you can ignore the sugar covering the entire thing) and that you could eat say, the entire batch, and not feel guilty. I love a baked donut for that reason! I mean, they're mean and sneaky, but so much more enjoyable. 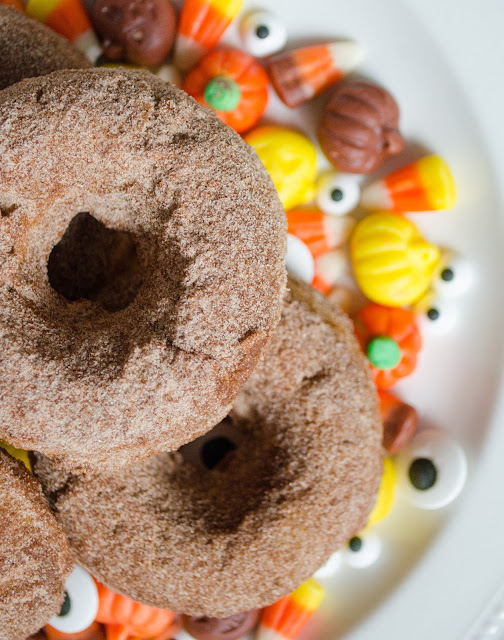 You don't HAVE to make them with the cinnamon/sugar coating but ARE YOU SOME KIND OF ANIMAL? Why NOT cover these bad boys in more good stuff? It really does take this recipe up a notch and really adds to the Fall vibes. AND WHO CAN GET ENOUGH OF THOSE? 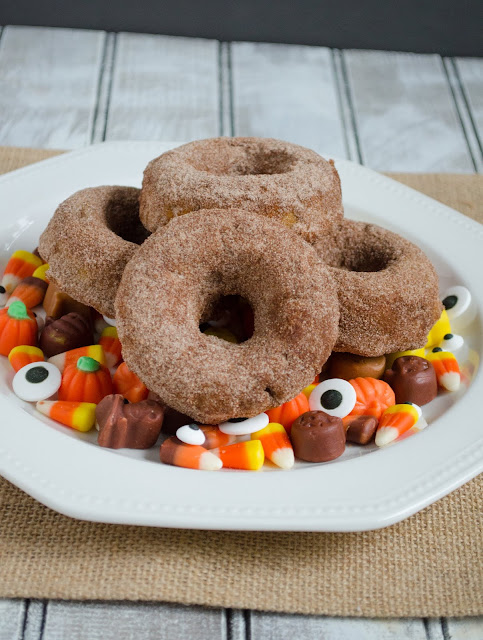 Sorry - too many caps in this post? It's either because I had way too many of these donuts in one sitting or it's my excitement over the fact that as of TODAY, we are 1 MONTH away from our wedding day. ONE MONTH, PEOPLE! LOOK ALIVE! 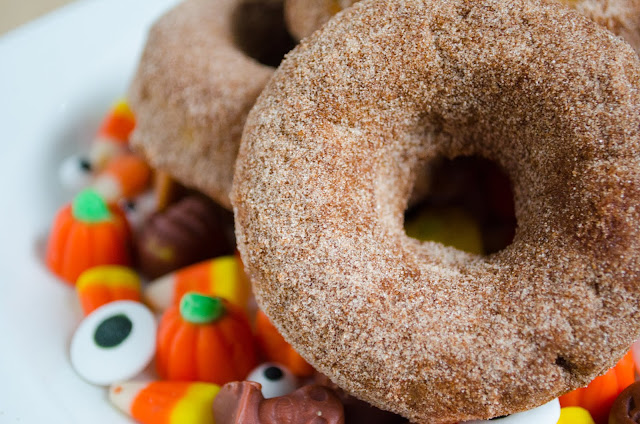 I am about to burst with glee. After seeing all the groomsmen in their suits at their fitting a few weeks back, it started to feel CLOSE. They all looked SO handsome and I was just sitting there, giddy with excitement. I see my dress again later this week for the first time after the massive alterations (I think I gave the seamstress a heart attack when I told her what I wanted her to do to my dress back in September). It was definitely a lot of work for her but I am SO excited to see it finished. It's going to be AMAZING! 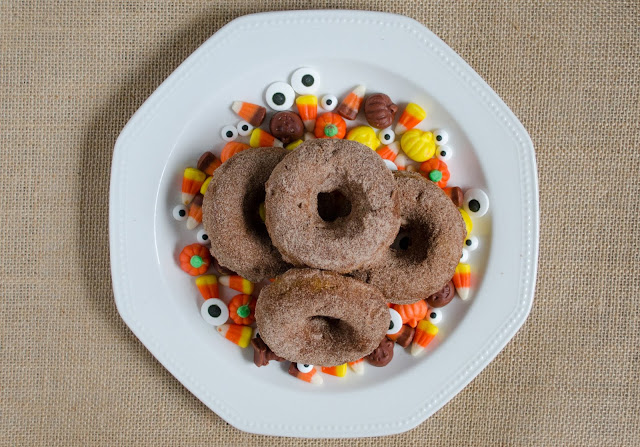 I can't wait to share photos so you guys can finally see it! I am thinking of having a blog post devoted to my dress: where I got it, the process of customizing a gown, each step of the way, etc. Does that interest you guys at all? 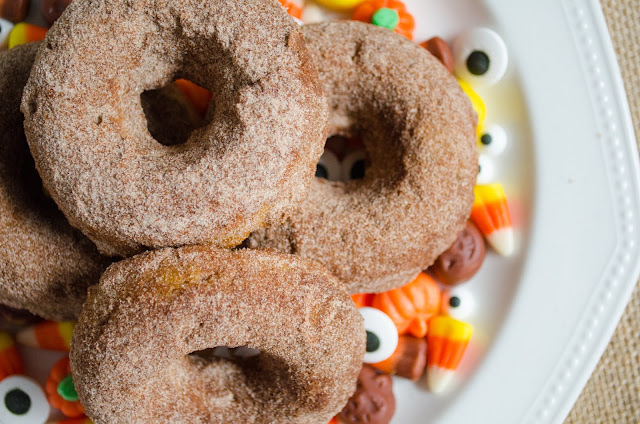 BUT FIRST, I'M JUST GONNA EAT ONE MORE OF THESE DONUTS BECAUSE I DON'T HAVE TO FIT INTO THAT DRESS, DAMMIT, THAT DRESS HAS TO FIT ME! 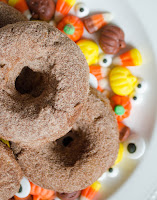 For the cinnamon/sugar coating (optional - but scrumptious!):
Posted by SaraLily at 9:00 AM