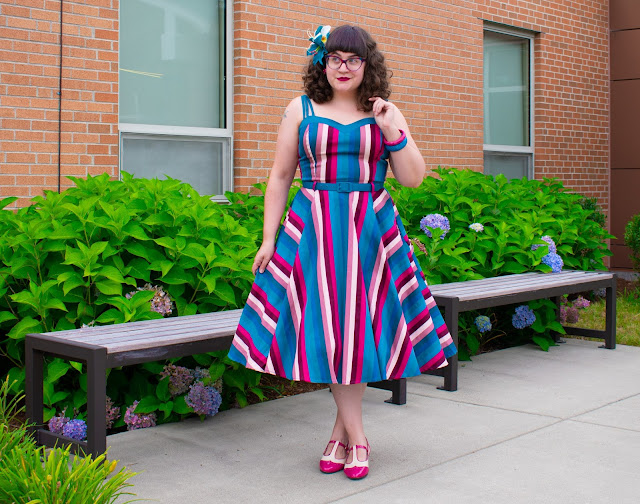 Buckle your seatbelts, I've received my goodies from the Collectif 50% off sale so you know what that means - August is (un)officially Collectif month on this blog! It really could be. I found four dresses and all of them are just a delight! 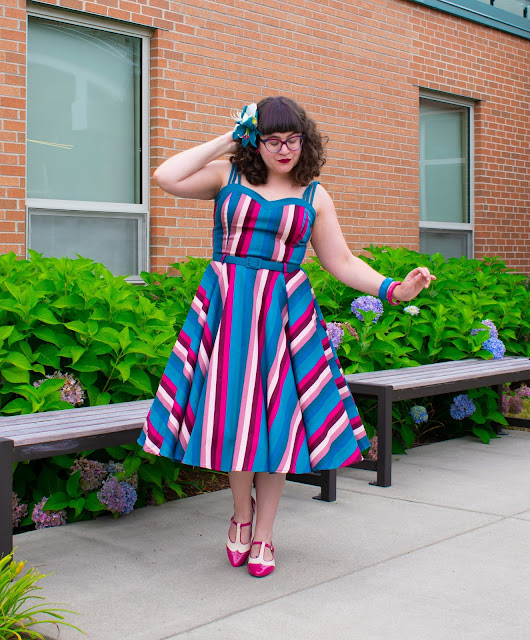 I was also insanely impressed with Collectif's turnaround time. Based in London, I did not expect that my order, placed on a Friday morning, would arrive via UPS that following Monday afternoon. Alas, it did! Yep, just a few days later! 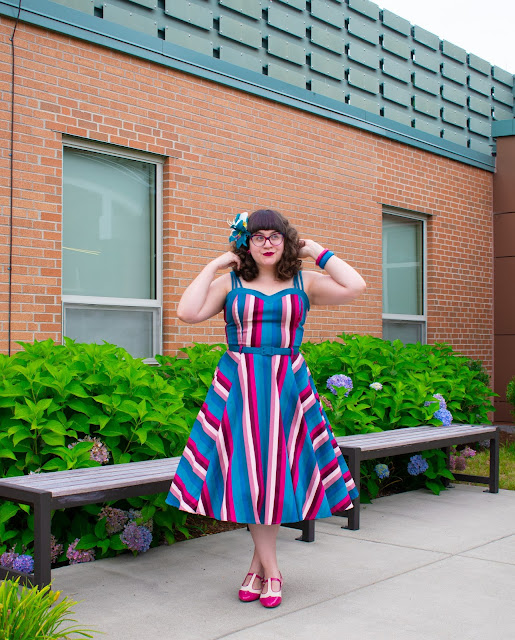 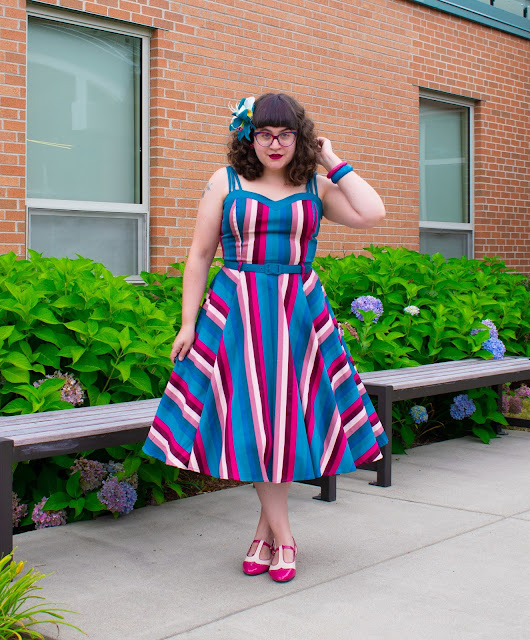 I believe Collectif recently opened a US warehouse to support their new US website so that would explain it but DANG! The only other online shop I've seen with THAT good shipping is Modern Millie's but since they're located just over an hour away from me, that always made sense. Is Collectif's warehouse down the street and I'm just oblivious? 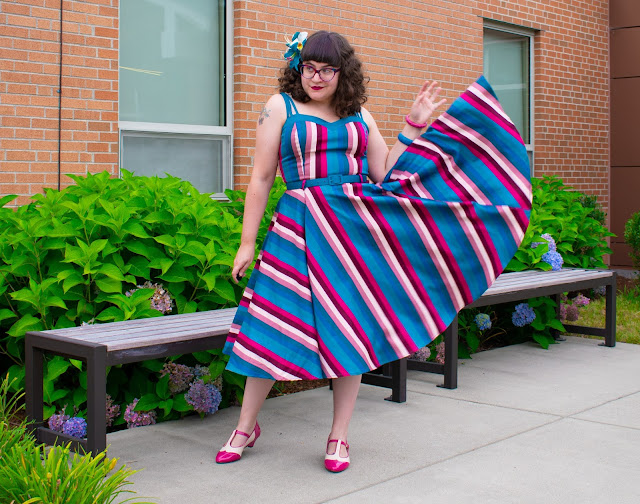 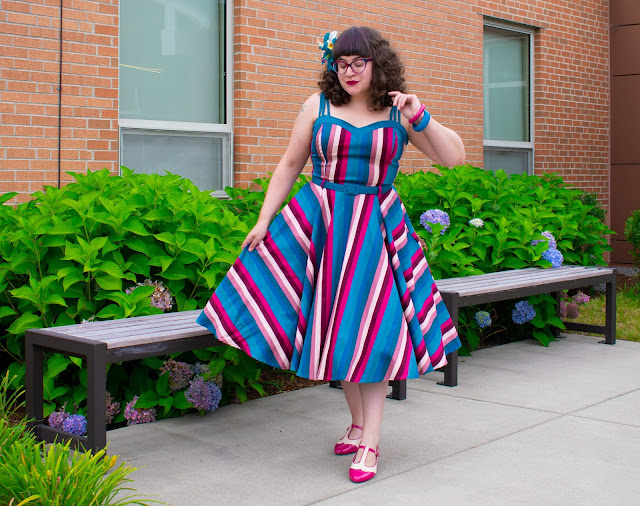 I ordered a UK14 in this Nova Paradise Stripe Swing dress. I had a similar style of dress (in a different print) before in a UK12 for many years but knew the UK14 would fit better these days. And it does! The color palette of this dress reminds me of mixed berries for some reason. I kind of love the blend of purples and blues. 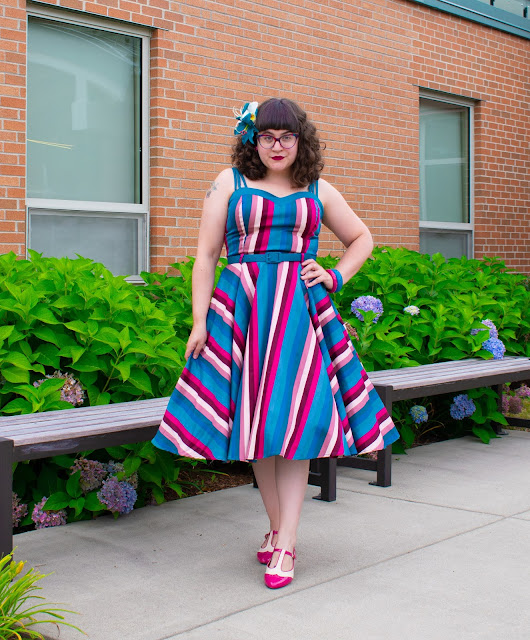 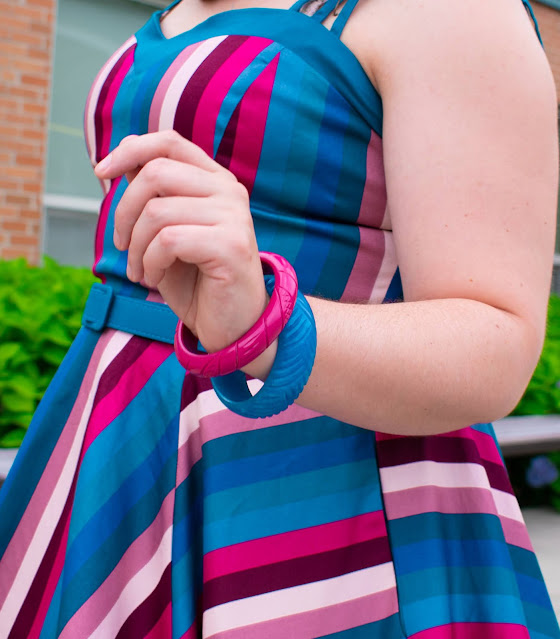 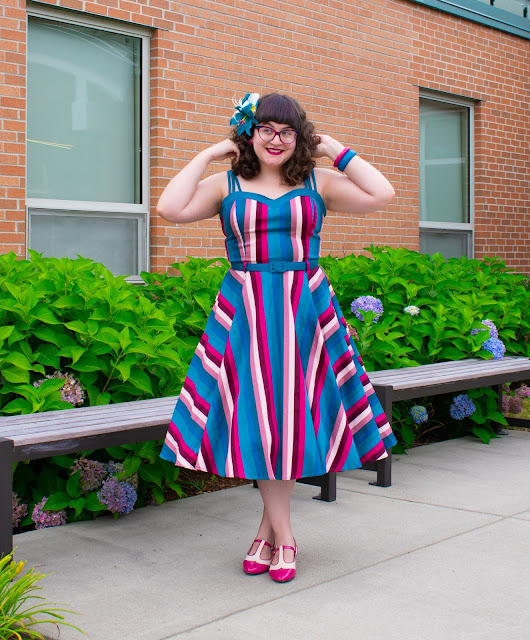 One of the things I love about Collectif's bi-annual sale (which, by the way, is STILL happening so GO GO GO!) is that sometimes items I've missed out on previously come back around or get a second chance. I wanted this striped dress since it first came out (I think spring/summer 2020? It all blurs together now) but never got my hands on one. When I spotted it in stock for this sale, I was psyched. Sometimes good things come to those who wait! 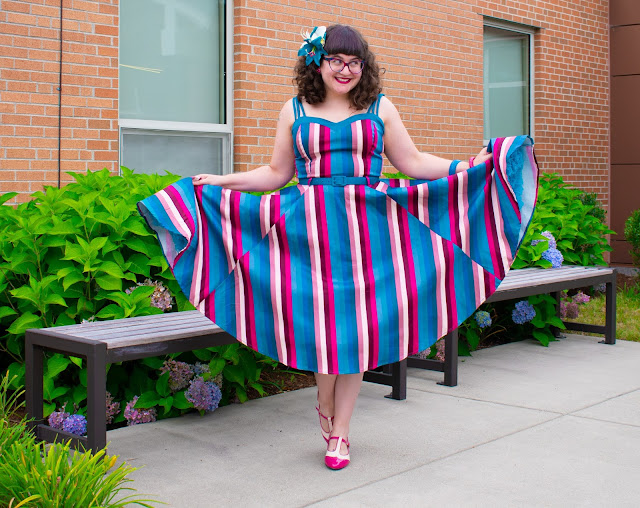 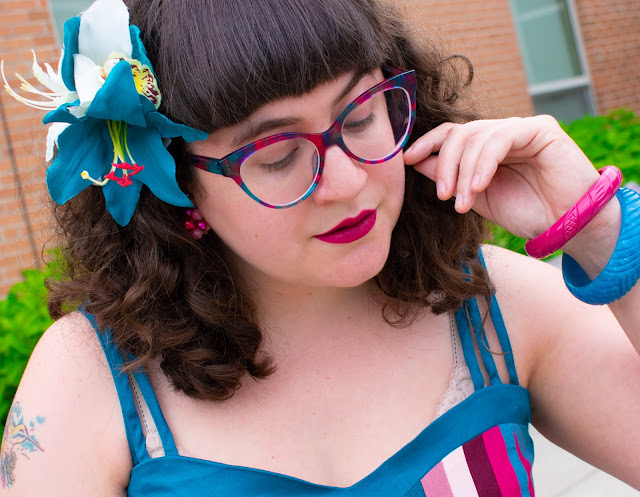 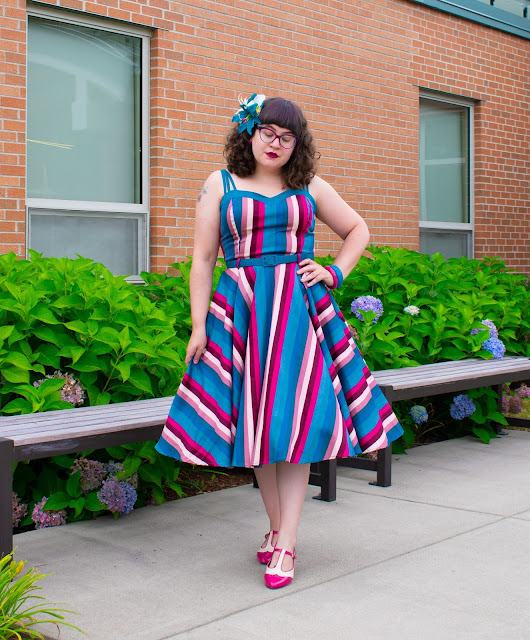 If you follow me on social media (or simply read this blog regularly), you may have picked up on the breadcrumbs that I have a new fella in my life. Michael is a true gem and we've been having such a fantastic time getting to know each other these last couple of months. He's got a sneaker collection that almost competes with my dress collection. It's quite impressive (and a lot of fun to have found someone else who's passionate about particular items of clothing). 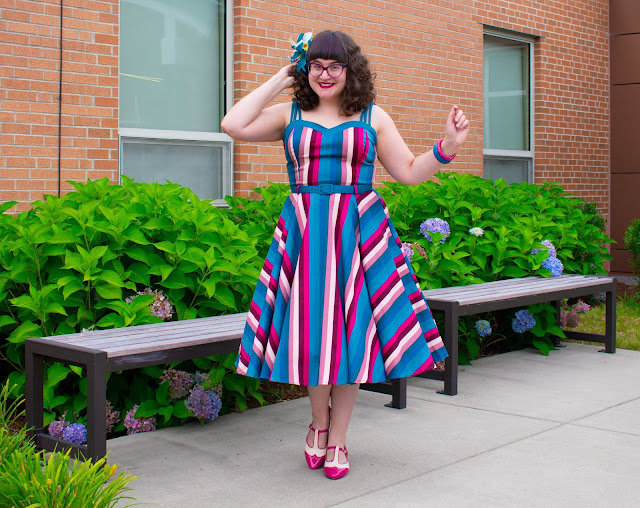 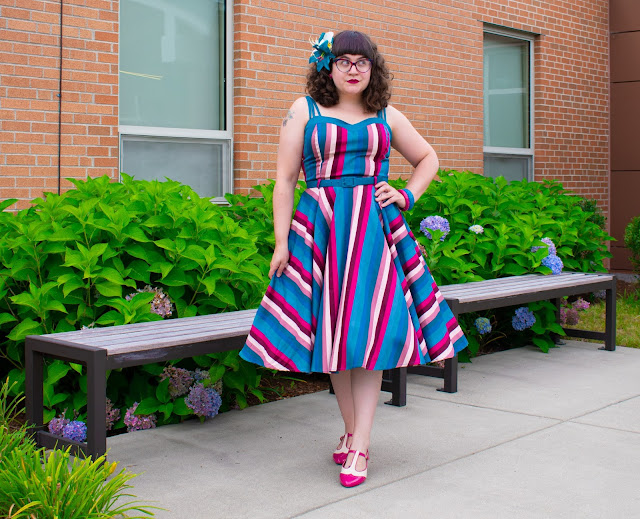 It's so WEIRD to be doing this dating thing at 33 (we both laughed over how it felt like we were back in high school and we wondered if it was still a thing to ASK someone to be OfFiCiAl, ha) but it's also been quite remarkable. I planned to have a Hot Girl Summer and just enjoy myself and say yes to adventures. I so did not expect this to come out of it! 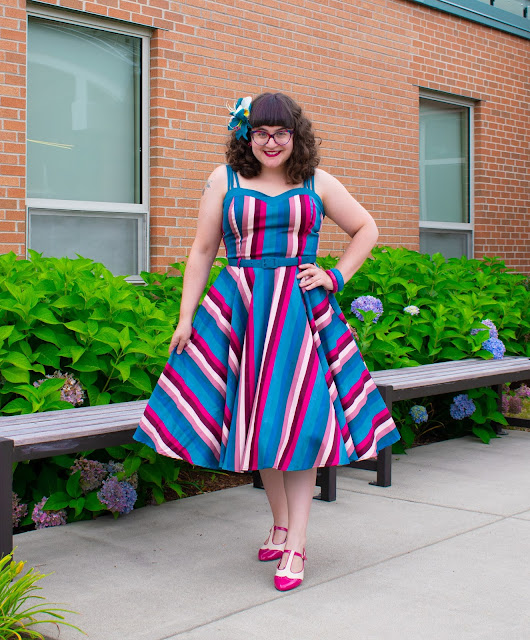 So yeah, just a tiny little update for y'all. ;) 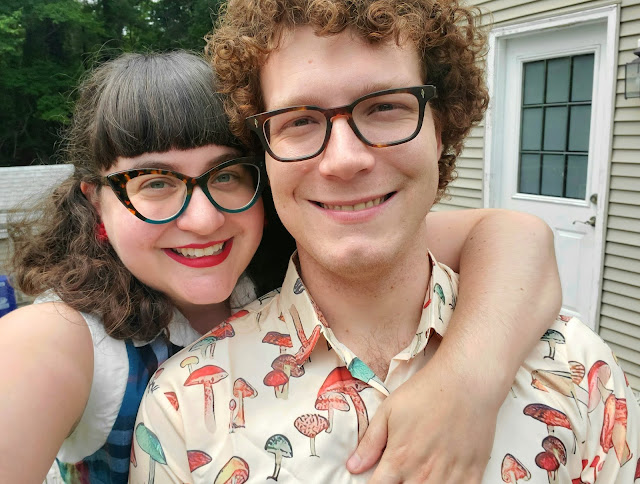