I know, I know - I claimed it was Collectif month but I figured it would be OK to take a brief break from the Collectif sale scores to bring you a lovely Bernie Dexter number. 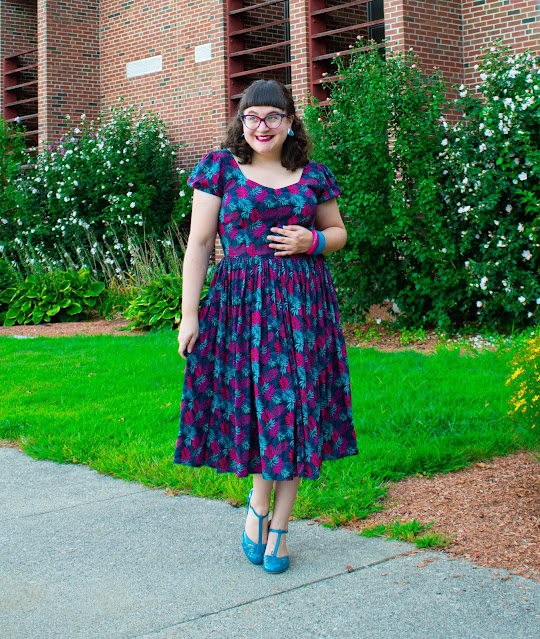 I snagged this Florence dress pre-owned on ye old Facebook in the Bernie Dexter group for quite a marvelous price and even though it's a size bigger than I needed, I knew it'd fit decently. It's a bit roomy in the bust and shoulders because of that but otherwise, it actually fits better than I expected (oops, too many milkshakes with Michael lately, I guess - ha!). 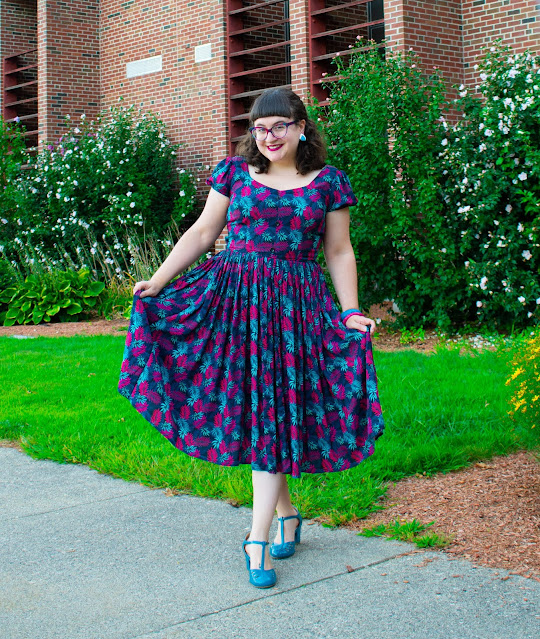 I was glad I got my hands on this dress as I had seen it on Bernie's site since it came out and always loved the colors. I was never totally sold on it, though, because it's rayon and not her usual cotton. Her cotton dresses are just so EASY to pull on and looked perfect with a petticoat. The rayon, not so much, but that's OK, too. It just falls heavier than cotton and doesn't quite keep that crisp, full, voluminous look I prefer for my dresses. 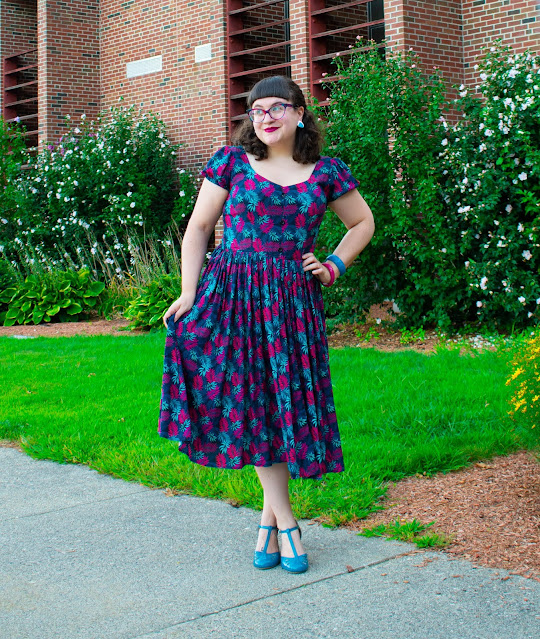 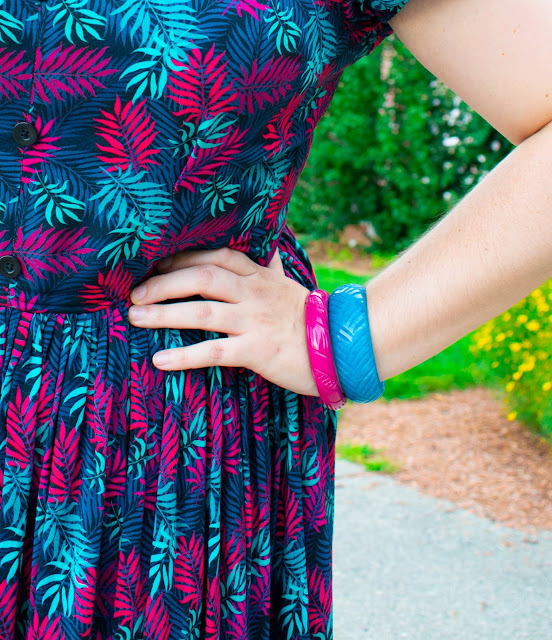 Still, the dress is SUPER soft and comfortable. It's easy to wear on a warm day and the elastic sleeves are a lifesaver (hello, chubby uppers!). And these COLORS! They are just as amazing as I anticipated all this time. And the cute little buttons on the front are a cute touch. 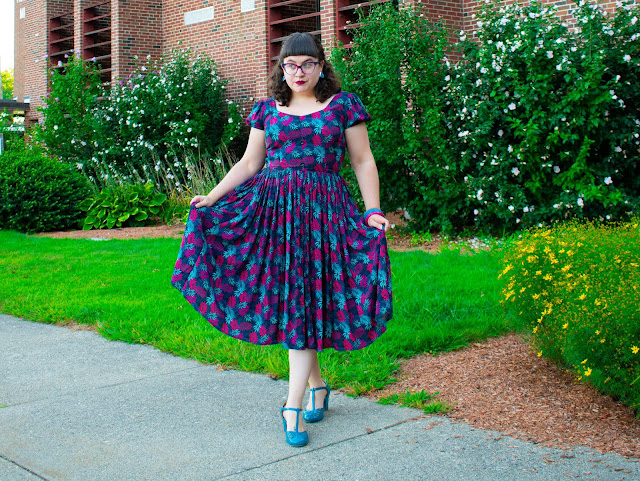 This past weekend was a DOOZY, I tell ya! On a whim, I decided to compete in the local Mz Road Devils Pin-Up contest and strutted my stuff with 6 other ladies in East Bridgewater on Saturday. The last contest I entered was Viva East's Darling Dame in 2019 so I felt a bit rusty but eager to get back on stage in my new independent badass phase of life. 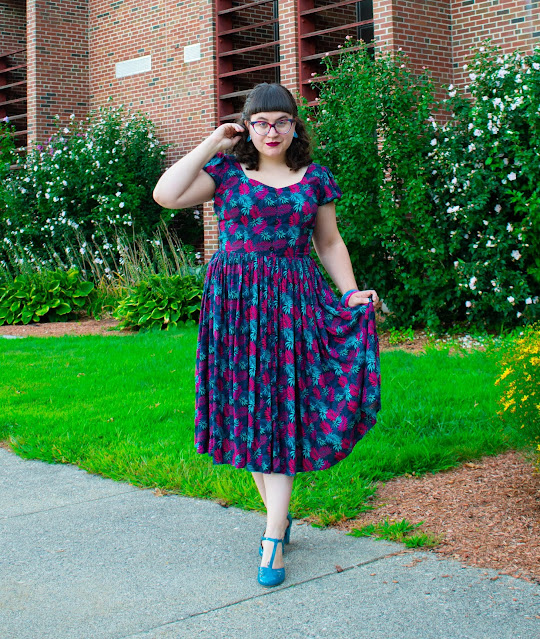 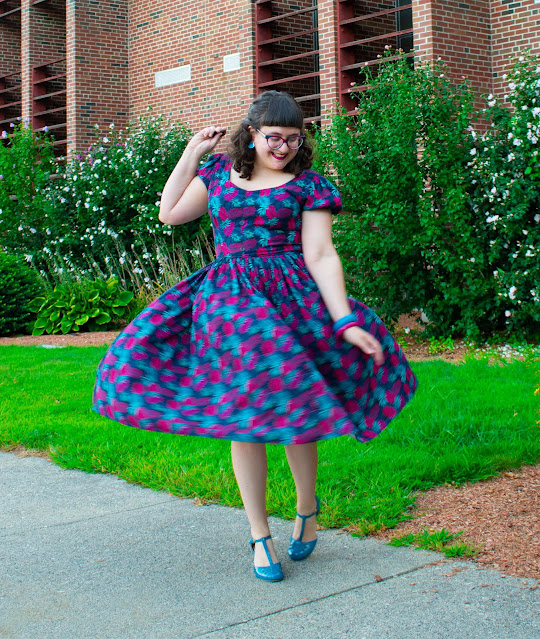 The funniest part about it? I decided to enter partly because the event took place in the same town that Michael lives in (it happened 6 minutes from his house, actually) and so I thought it was the PERFECT chance for him to attend with me and cheer me on. Only, after entering, I realized it would be THE weekend he was away for a music festival. 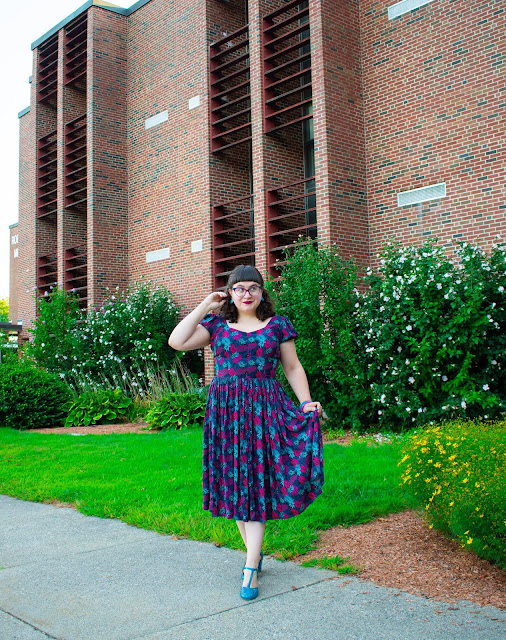 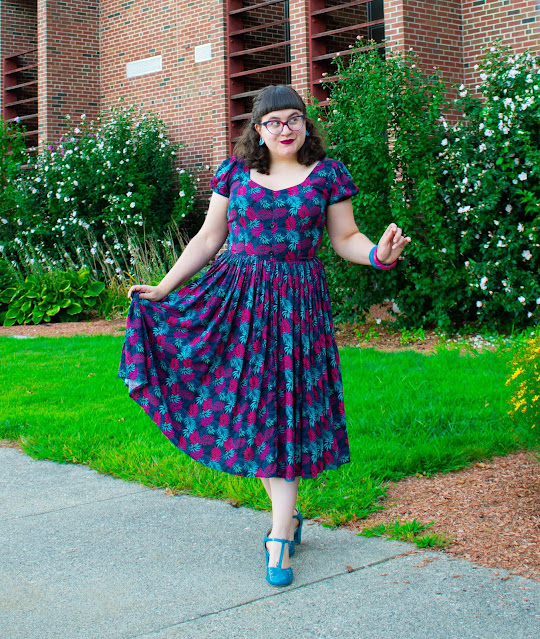 D'OH! What are the chances? But oh well! Not a big deal. Despite one handsome fella missing from the action, the Road Devils C.C. 12th Annual Boston Massacre event was a fun one all in all (albeit so very hot) and it was fantastic to see some of my local pinup gals again. We always have a blast at these car shows, posing with the cars and catching up with each other. 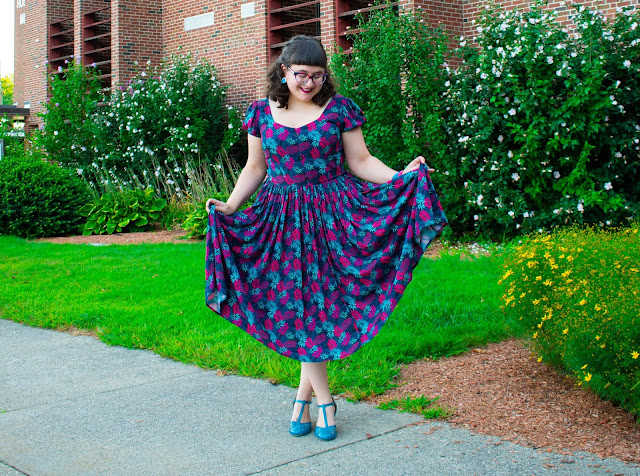 I was pleased as punch to snag 3rd place and was proud to see a newbie pinup snag the grand prize. My question for the contest was "if you could be a pet, whose pet would you be?" I had a hard time with this one but, in the end, decided that I would happily be the cat of the future first female president so I could chill out in my cat bed in the Oval Office while she kicked ass. We're a bit overdue for a female president, wouldn't you say? Clearly, it hasn't been working out too well for us thus far sooooo... 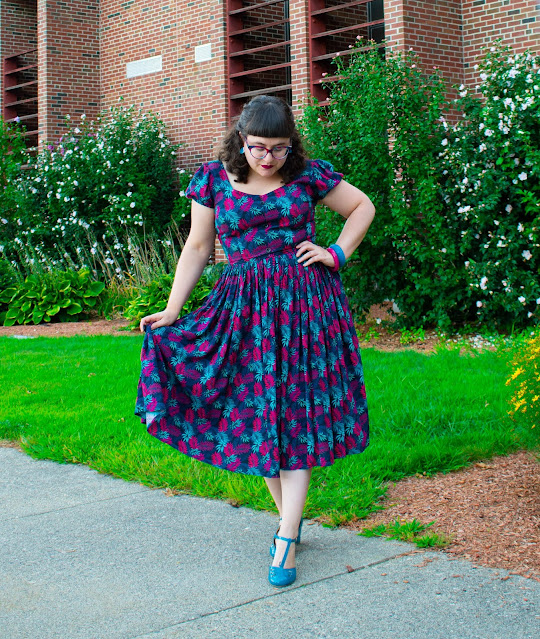 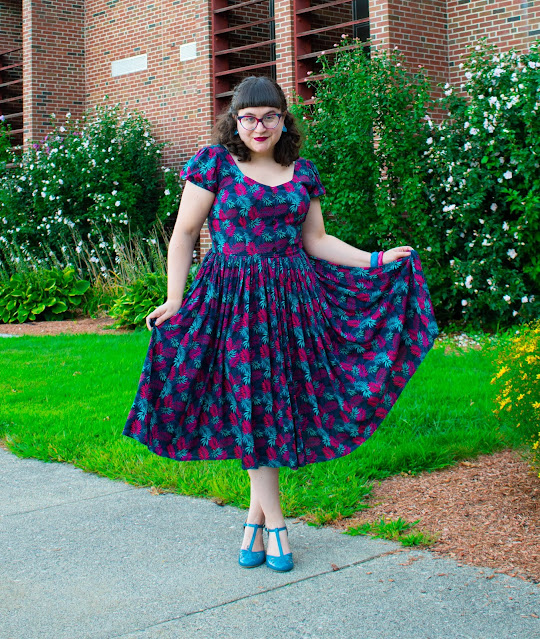 After the event wrapped, I could only think of one thing - a giant Diet Coke (fountain, preferably) and an Impossible Whopper. So I swung by the BK Lounge on my way home and had myself a celebratory lunch. Never did Burger King taste better! Here are some cute pics from the day: 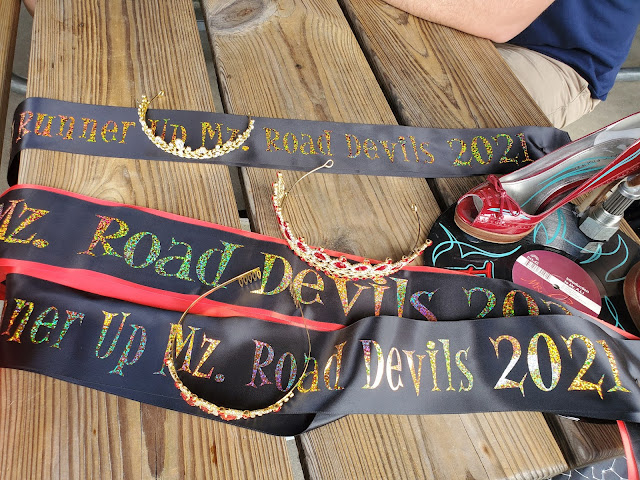 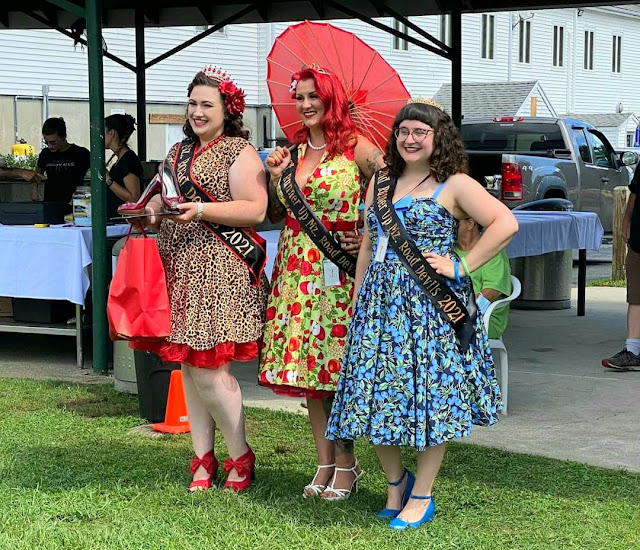 An adorable photo of the 7 gals (joined by 2019's winner, Meechie!) posing with our gal pal, Laurie's (the chic woman in the black hat beside me) sexy car before the contest
Posted by SaraLily at 9:00 AM