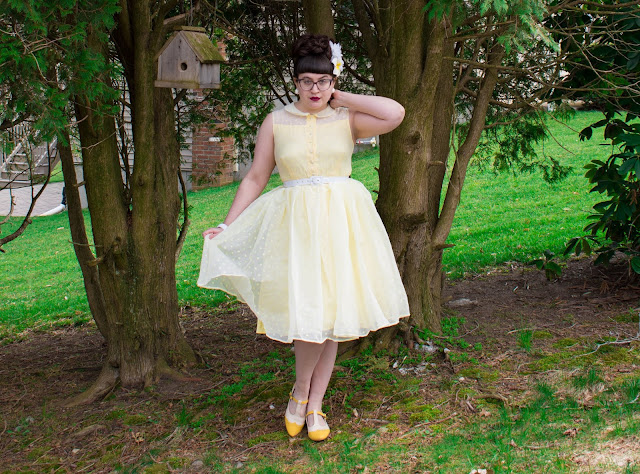 Quick mid-month check in time - how's everyone doing? Things have been interesting on my end! I was furloughed from my job a couple weeks ago. I didn't expect that to happen but then boom, the CEO called for an urgent conference call and all 40 of the employees on it were told they were laid off "temporarily" until mid-May. I put that in quotes just because...well, I can't say I believe it to be true. I don't see this ending by mid-May or companies getting back their footing so soon. But I suppose we'll see what happens! 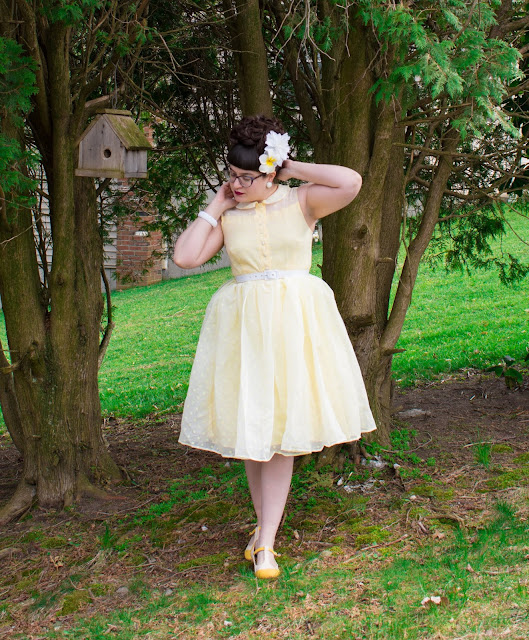 I won't lie - I am mostly A-OK with what happened. I was getting burnt out at work and hadn't taken much time off in a very long time so having forced time off is kind of a blessing. Sure, I am a bit worried about my job not resuming come May but I also have been making the most of this unexpected time off. 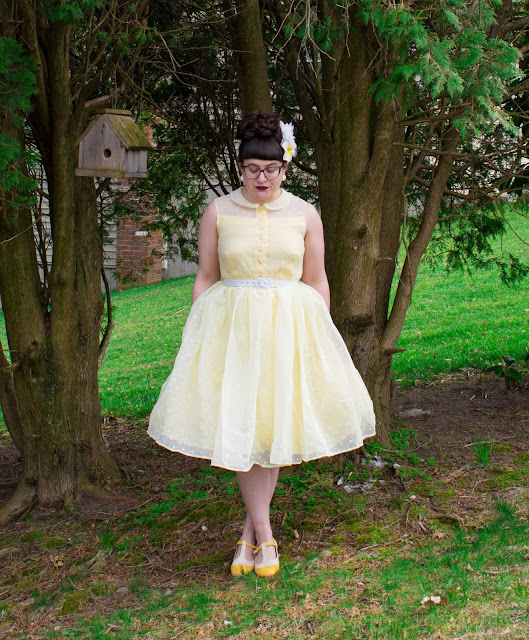 Not only have I been writing a new book, but I have been sending my completed book out to agents nearly everyday. So far, I've queried over 50 agents. I've gotten a handful of rejections so far and that's whatever. It's the ones that never respond that frustrate writers. Understandably, some simply cannot reply to every query due to the amount they receive, but it makes it hard knowing if/when to move on. 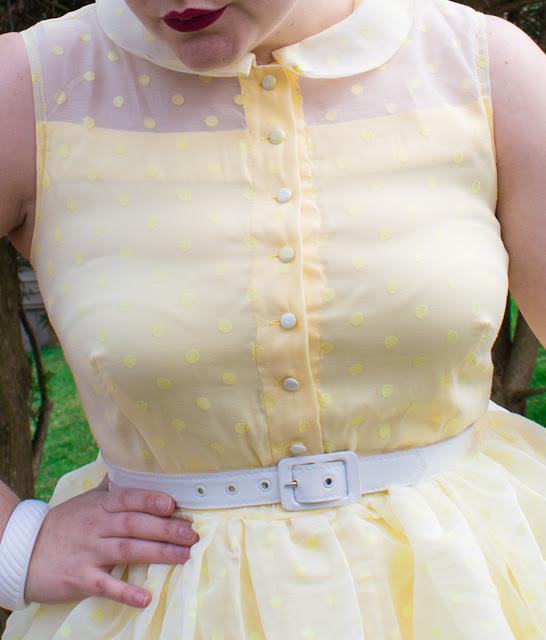 Some agencies have dozens of agents and you can query more than one - but it's inappropriate to query to multiple at once so you typically wait until you get a rejection before moving onto the next one at that agency (if it is OK to query multiple there). I suppose once it's exceeded 8-10 weeks, it's safe to assume you can move on. 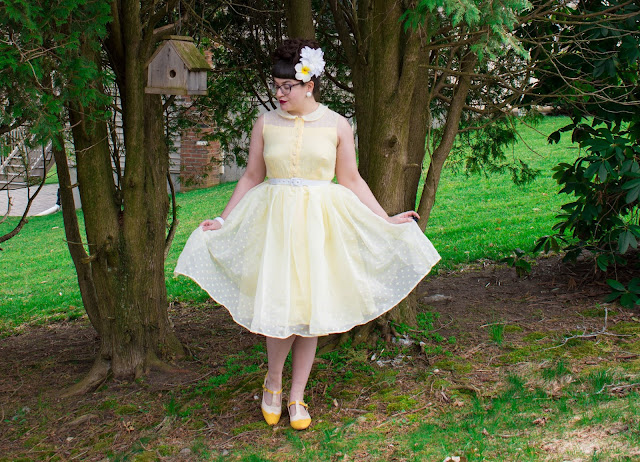 As you can guess from the above paragraph, it's A LOT to keep track of. You better believe I have a massive spreadsheet to track it all! 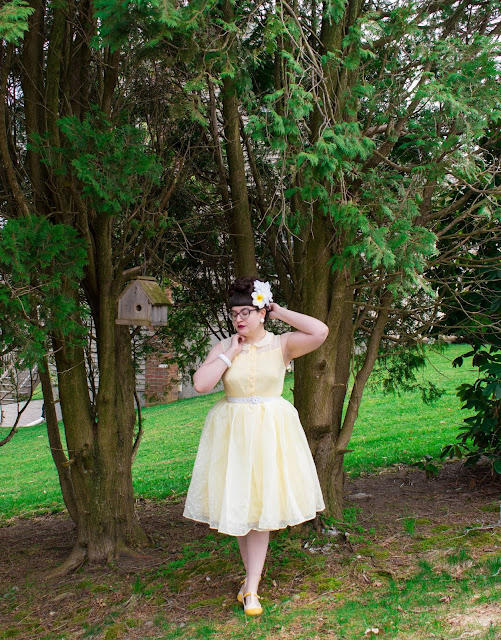 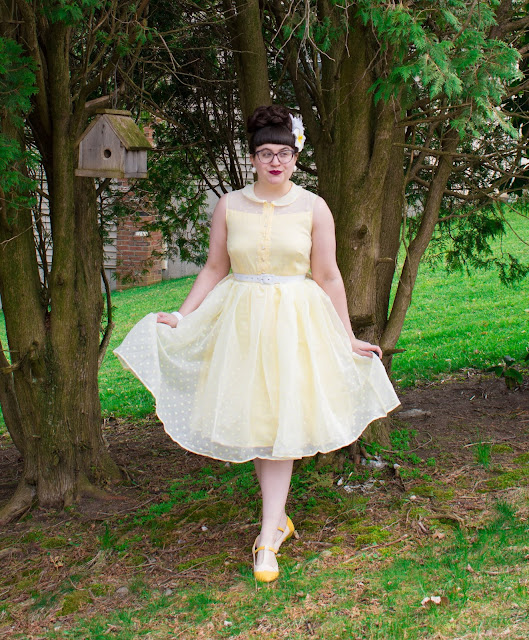 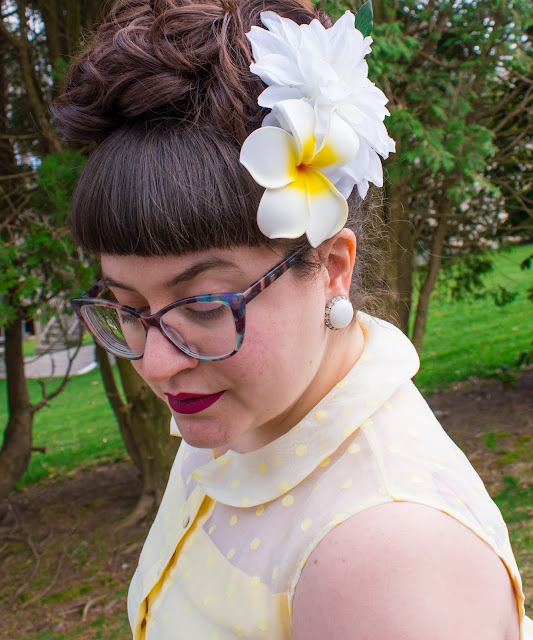 I also have plans to paint all our shutters to match the new front door I will eventually be buying. That project will take up some time (removing the shutters, cleaning them, painting them, etc.) so I couldn't think of a better time to do it! 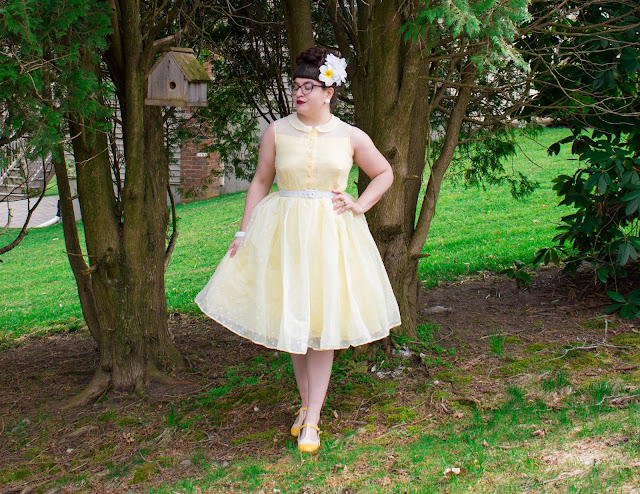 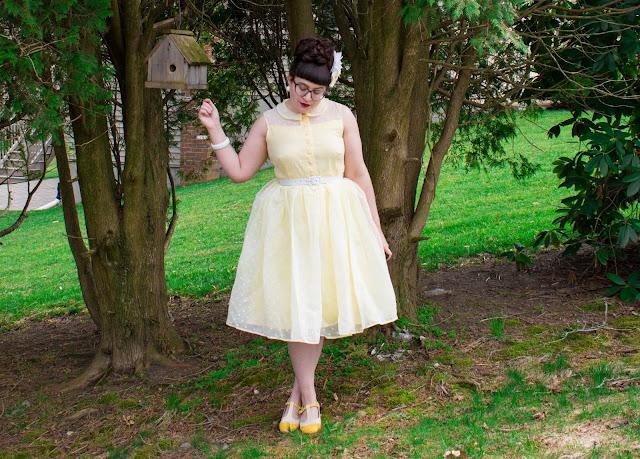 It's also a good thing I recently joined a retro/vintage swap group on Facebook since there will be no dress-buying while unemployed! Gotta pinch some pennies as I am certainly not getting my full paycheck from the unemployment office. I swapped a Voodoo Vixen that no longer fit for this lovely yellow number from Unique Vintage and it WOULD have been a great Easter dress if Easter wasn't totally cancelled this year! Oh well! 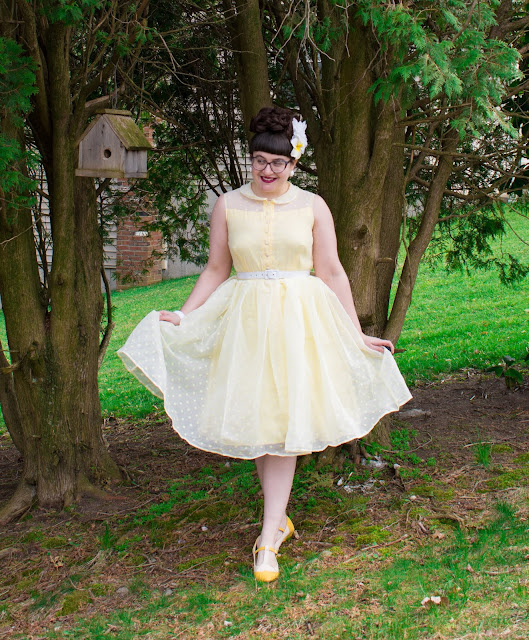 Oh and a fun one for good measure. Cody and I rescued our new couch that was being held hostage during the current ban and I couldn't resist snapping a few photos in the back of the rental truck before we returned it. I love me some good juxtaposition! 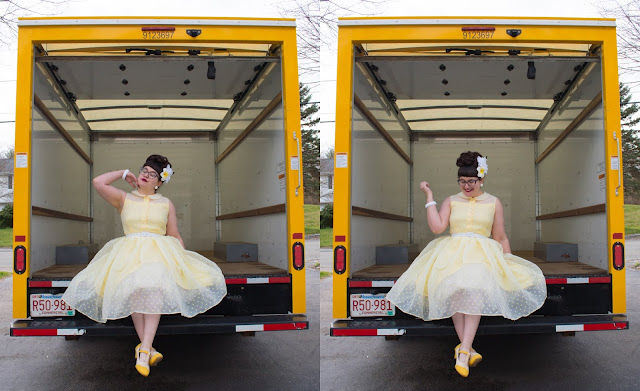