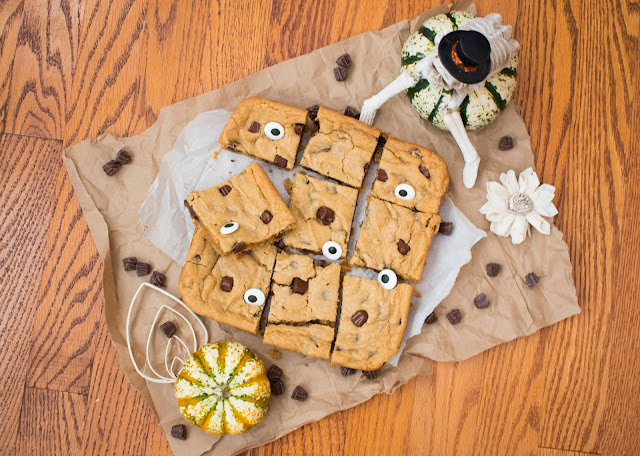 I hope you're still enjoying fall treats because I've got more coming! These blondies aren't fall-themed in flavor, necessarily, but throw some spoopy eye candies into the mix and - BOOM! - you've got a Halloween dessert with minimal effort! 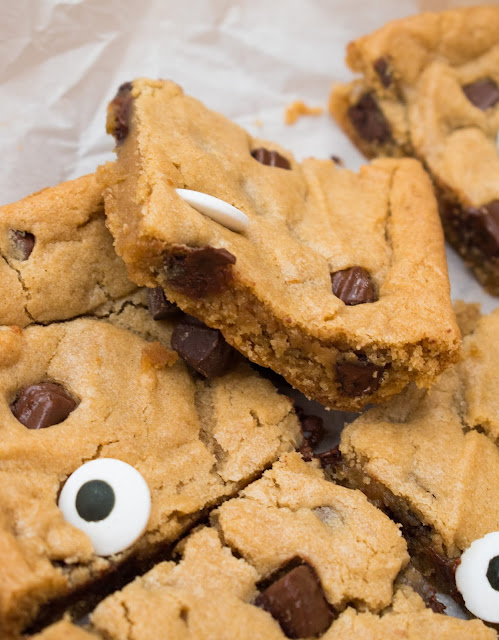 I was excited when I received even MORE goodies from Nestle Tollhouse. In this month's batch, there were all kinds of yummy morsels but one stood out from the rest - the new Sea Salt Caramel Filled Baking Truffles!? OH MY! I immediately thought of blondies. 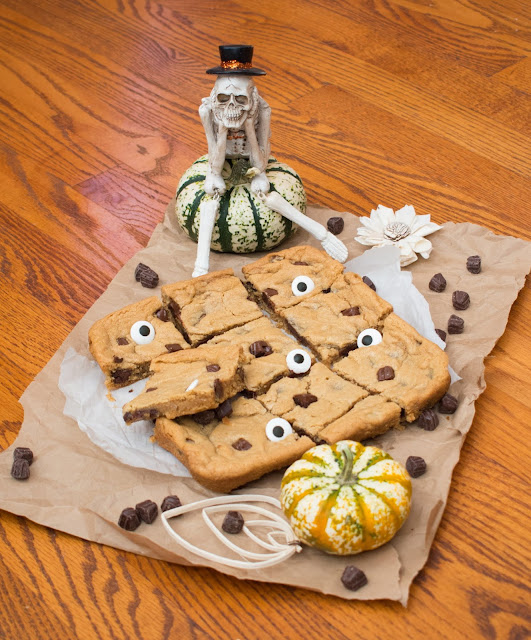 If you've been watching my Insta stories (I am SO behind - I barely know how those things work), you know that these are actually my second batch of blondies. Originally, I had made blondies with some butterscotch chips from my previous Nestle Tollhouse stash. But when I saw these filled baking truffles I just HAD to have a Do-Over batch - only with the caramels instead of the butterscotch chips! 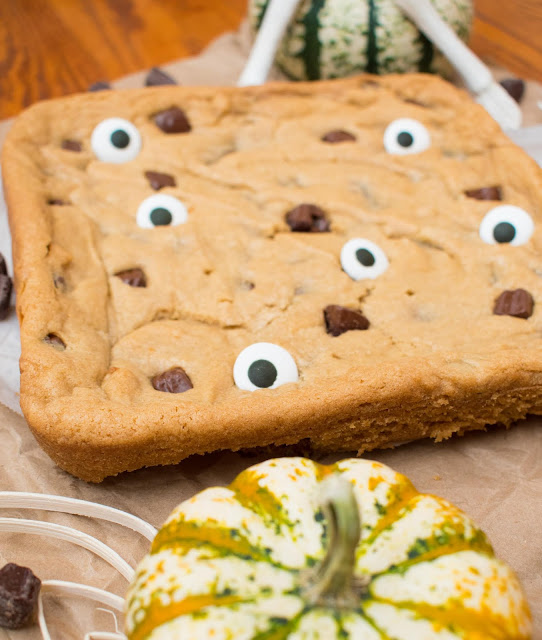 If you would have preferred seeing me share the butterscotch version, you're in luck - while I will not be sharing them necessarily, the recipe below is REAL easy to modify. Just swap out the truffles below with the butterscotch chips and you're golden! This batter tastes amazing with either morsel. I am happy to report that you can't go wrong with either option! 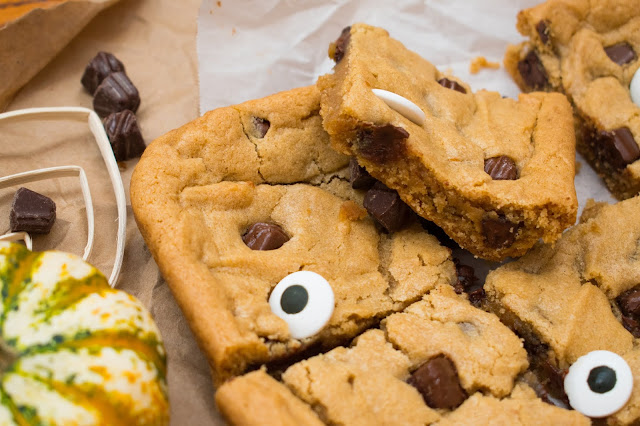 Just make sure you stick some spoopy eyes on them - then they're ready to go trick-or-treating! 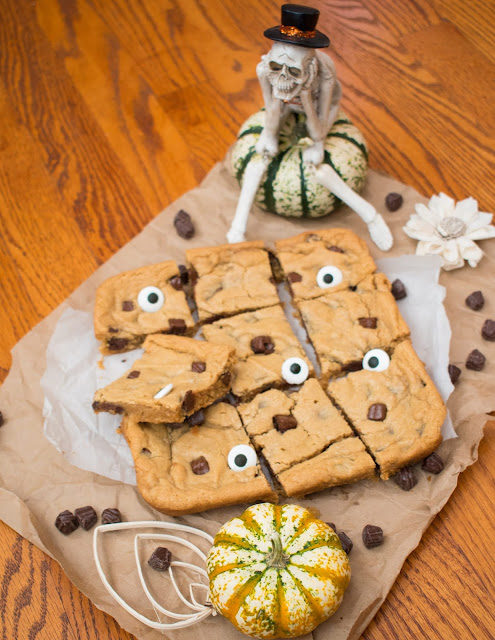 Which do you think sounds better? Butterscotch Chip or Sea Salt Caramel Truffle?