What's Sara Reading? Forget About It 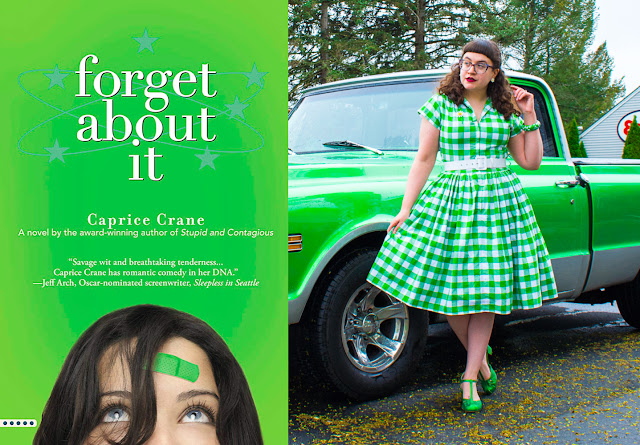 What are friends for if not buying dresses from each other? 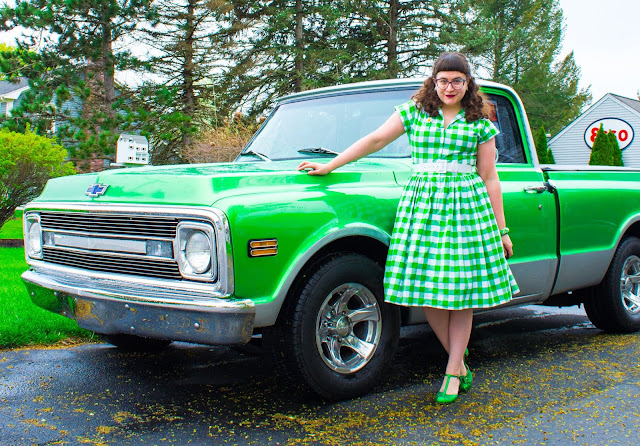 When my boo, Anna, recently decided to sell some of her previously loved Bernie Dexter dresses, I knew she'd probably be getting rid of at least one or two that I am missing from my collection. Lo and behold, she shared her green gingham Kelly dress as one getting the boot and I decided to take it off her hands. 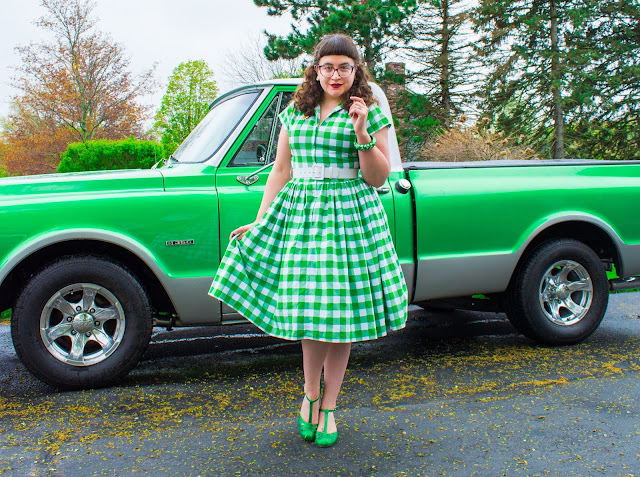 You all know by now how much I love scoring "new" dresses off the Buy/Sell/Trade groups and have no problem snagging used but in great condition items to add to my collection without breaking the bank. Mama loves a good deal! I did not hesitate to buy this one off Anna - I got a new pretty AND my money went to my best friend and her beautiful little family? It was the perfect arrangement. 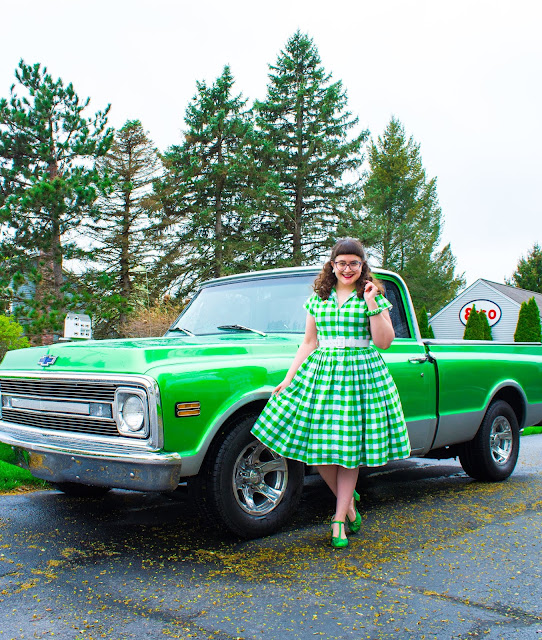 And hey, the next time we see each other, if Anna so wishes, she can totally borrow the dress and wear it for old time's sake! 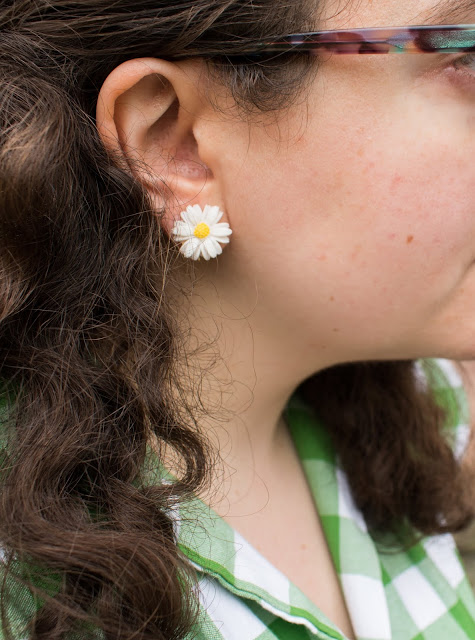 But enough about where the dress came from and onto the book I recently read that it very nicely matches. I snagged a copy of Forget About It by Caprice Cane when our upstairs moved out and donated a big chunk of her books. She let me pick through the boxes first and I got some new reads to add to my coffee table. 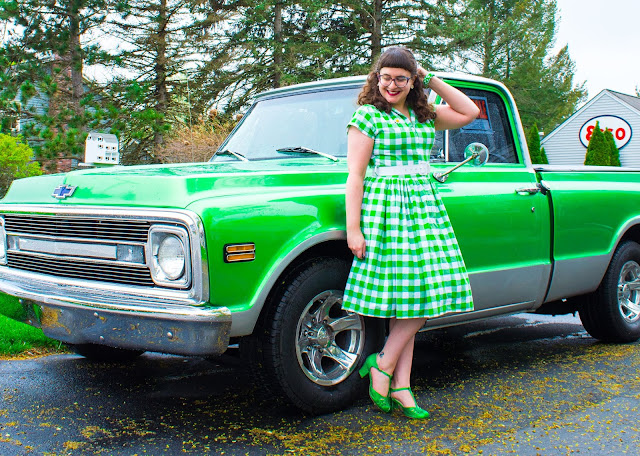 I knew Forget About It would be a light read but also knew it'd be enjoyable and a fun one. The basic premise is that a timid, shy, and play-by-the-rules gal named Jordan gets hit by a car when riding her bike, giving her a major blow to the head. Upon waking up in the hospital, she decides to fake amnesia to escape the bad luck and experiences she had been experiencing in life. She was sick of being a door mat at work and with her shitty boyfriend and decided if she had amnesia, she could be a different person and start over. 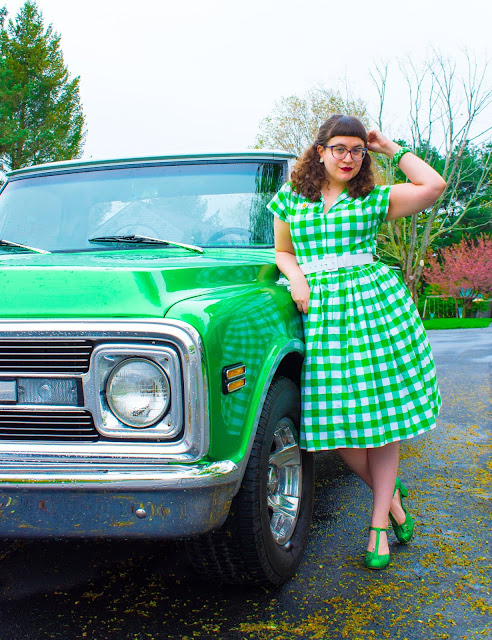 Obviously, drama ensues. She falls for the guy who hit her, gets rid of the dumpy boyfriend (though it took WAY too long to do so, in my opinion - I wondered why she didn't take advantage and totally rip him a new one immediately), gets promoted at work after taking the reigns on a project she worked on but her boss was taking credit for, and more. 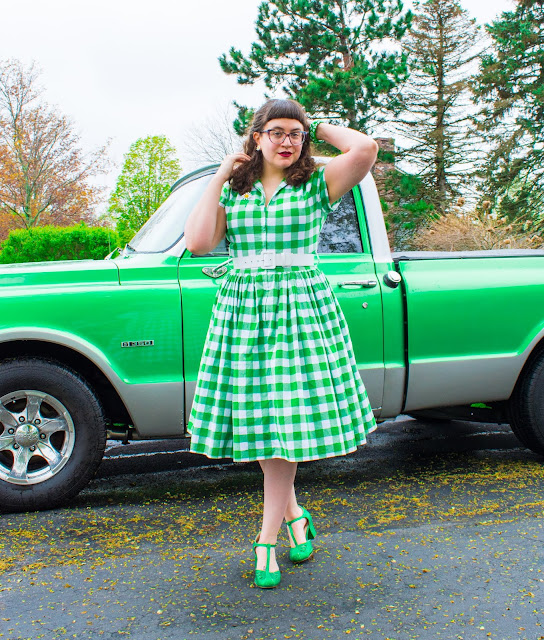 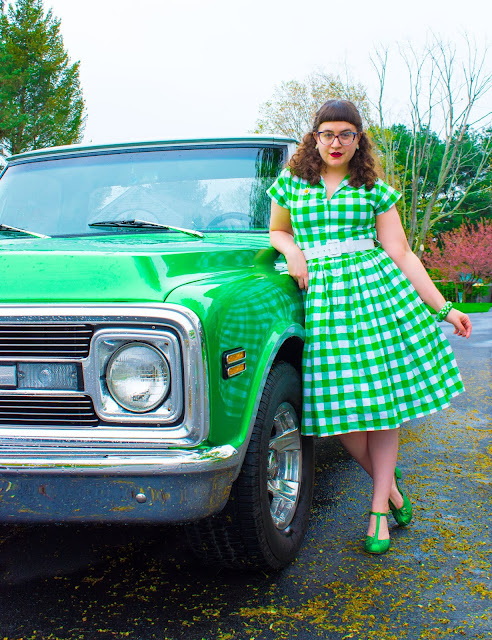 Like many fun/light-hearted reads, it has it's challenges (she spends so much time worrying about HOW to get her memory back so she can lose the gimmick - for example, she wanted to get hit AGAIN in front of certain people to miraculously get it back - and I didn't understand why she couldn't just start telling people she had started to remember some details and slowly let it all "come back" to her) but that aside, it definitely was a fun read and I really appreciated Jordan and her sense of humor. 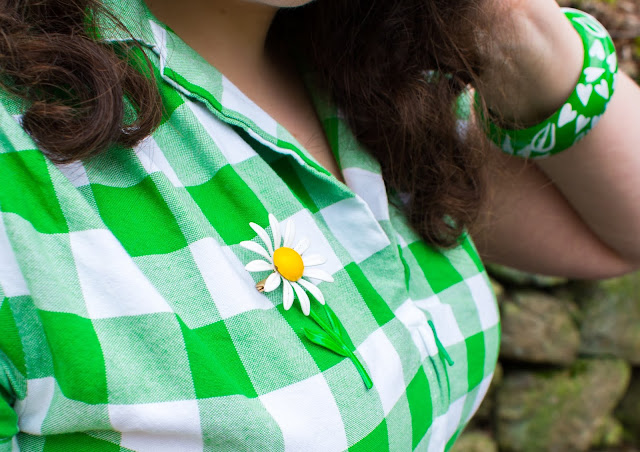 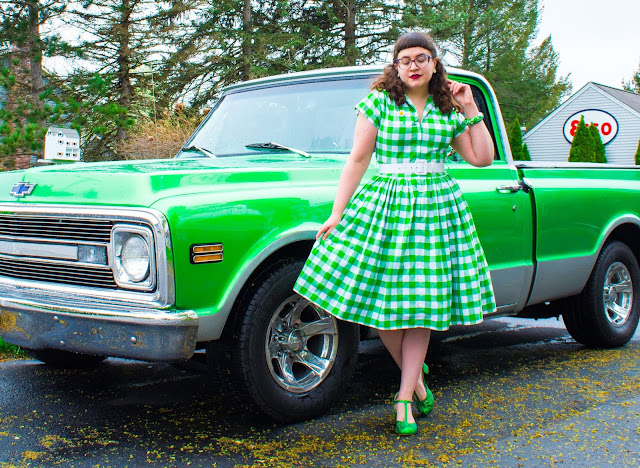 It'd definitely be a good book to bring to the beach - since now it's mid-May and we should eventually be seeing warmer weather! Have April showers become a May thing now too or what? 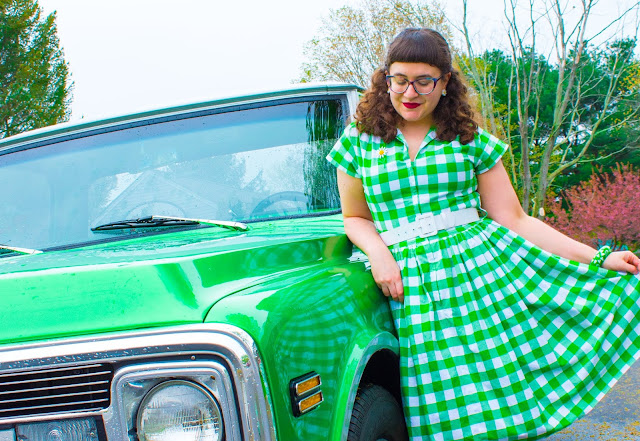 Side note - how GORGEOUS is this vintage truck? I've driven by it numerous times over the last two weeks (it's for sale at the end of a neighbor's driveway - if anyone local to me is interested, let me know!), admiring its bold green color and how perfectly it matched my new-to-me Bernie. I wished it were mine so I could take photos with it. 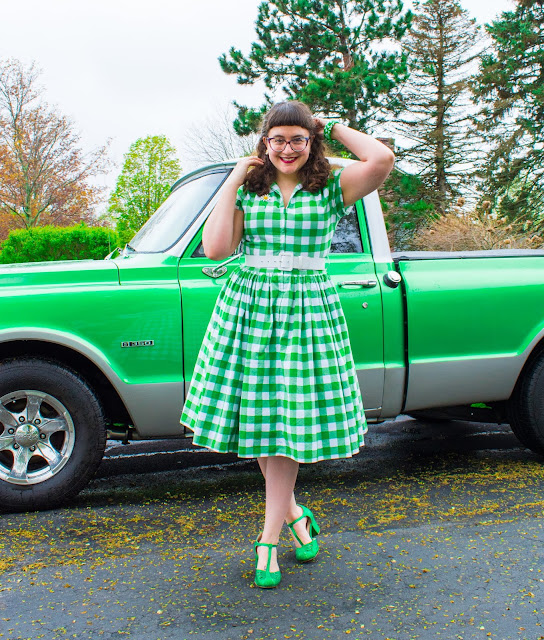 Then I thought to myself, "why not ASK to take photos with it?" So I walked on down the driveway and got the homeowner's permission to pose a bit. He was totally fine with it! He probably thought I was insane but hey, whatever, I'll do anything for a good photo - you know me ;) 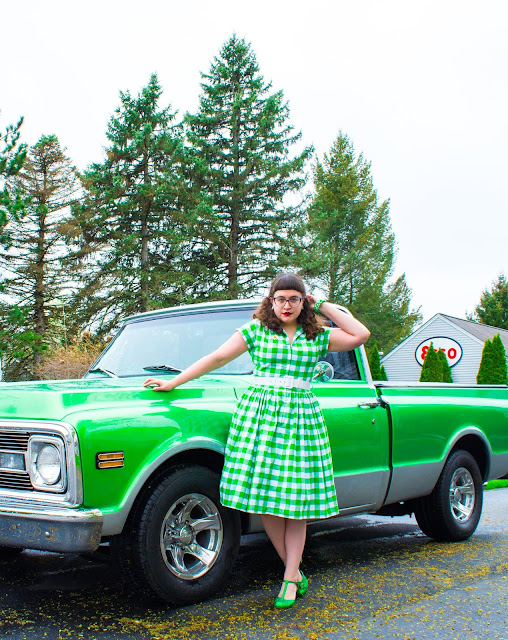