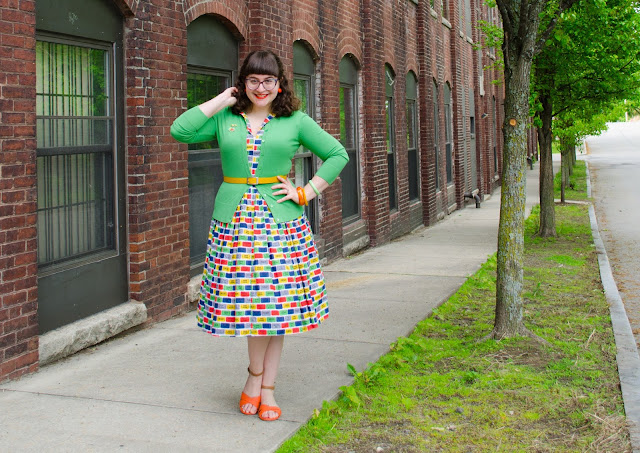 Say, is that me wearing a cardigan in 85 degree weather? YEP!

"Good God, Why?" you're probably asking. Well, it's simple really. 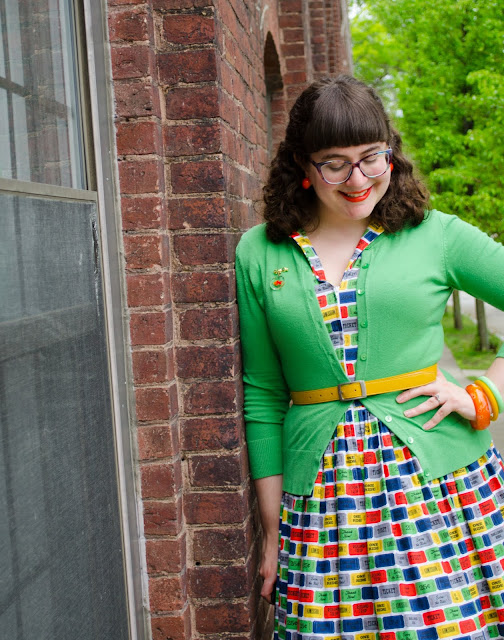 A couple weeks ago, Cody and I had an adventure with Jen and Dave (whom you've all heard of before - blogger gal pal and bridesmaid/groomsman combo) to Harvard Square to see Kid Koala's Vinyl Vaudeville show at The Sinclair. 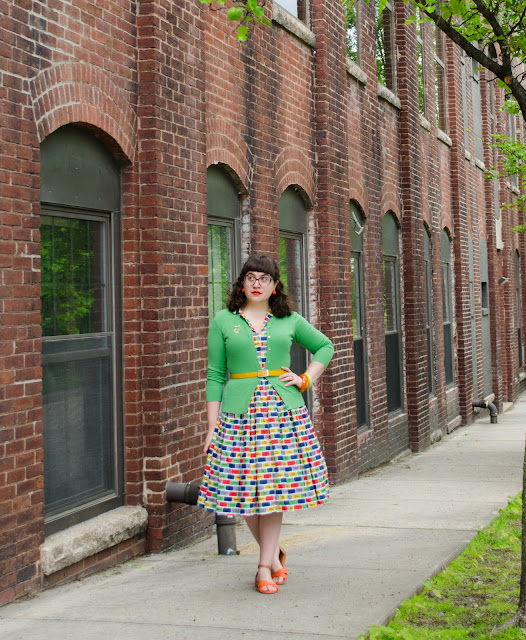 It's hard to explain what that is - we had no idea what we were getting into before we arrived, anyway! Essentially, this awesome DJ that Dave and Jen follow, Kid Koala, has been on tour with this elaborate production full of fun music, burlesque-like performers, handmade puppets and props, and a whole lot of audience participation. 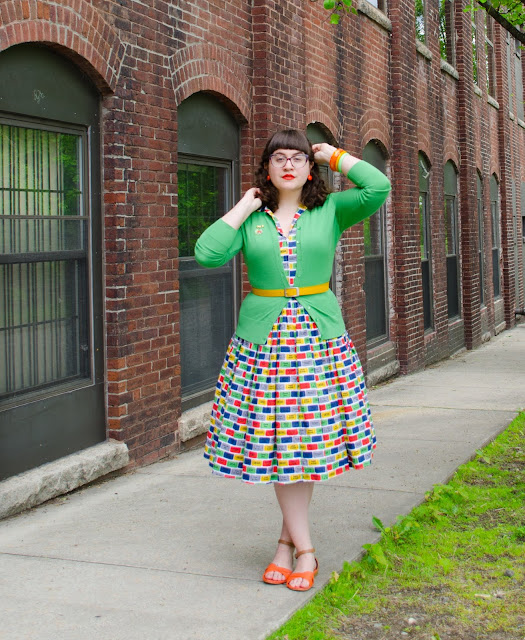 We had a BLAST! The last stop on the tour was Boston and the performers were going ALL out in celebration. I had never seen a DJ perform before but I am sure this was more work and production value than your average DJ puts in. 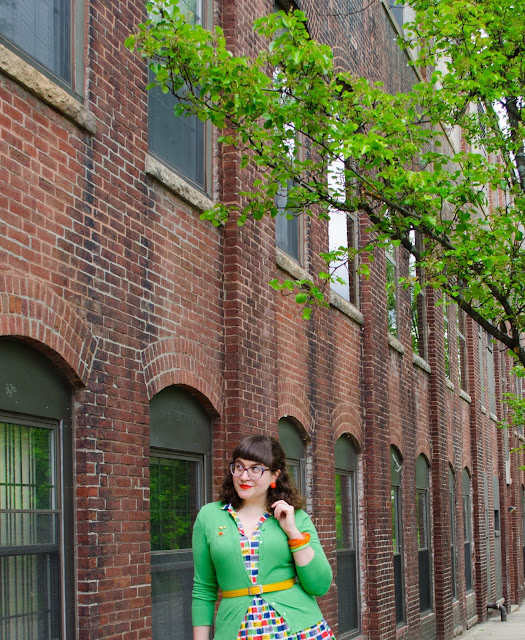 At one point, the entire audience spiraled around in circles, forming a human turntable! 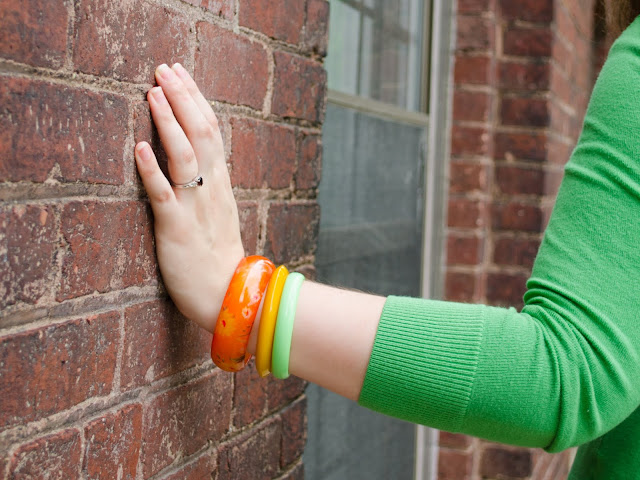 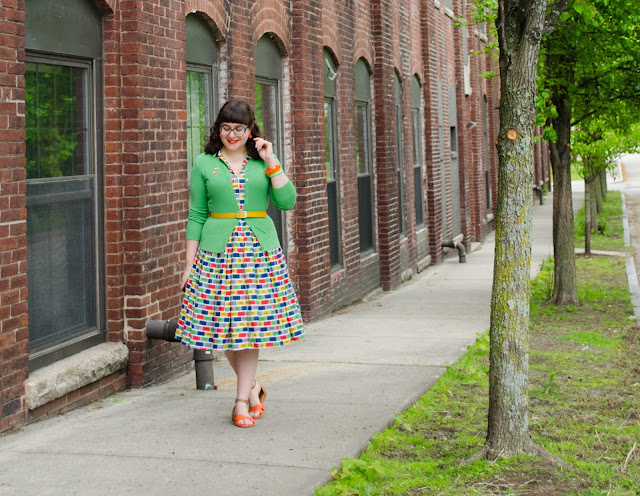 The very last act involved hundreds of paper planes flying all about the venue (told you, SO MUCH audience interaction!) and then wrapped up with a kazoo-off. Yep! We were all thrown kazoos but then the trio of fantastic female performers pulled two members of the audience up to compete with each other. 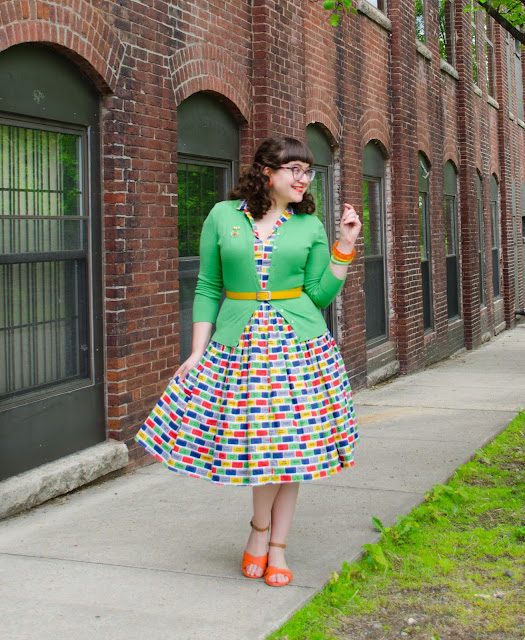 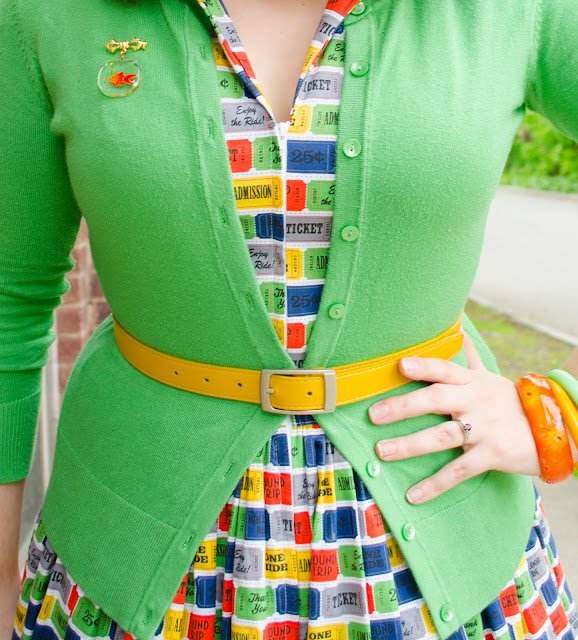 I point this out because Jen was one of those competitors! It may have been her amazing fascinator that caught their eye or the fact that Cody, Dave, and I were all pointing at Jen and jumping up and down. Who's to say? 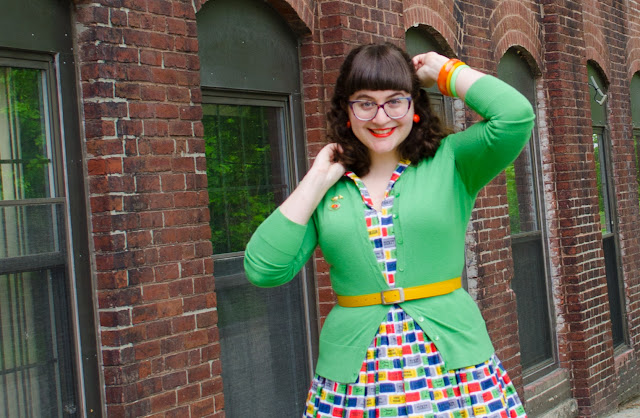 Either way, Jen kicked BUTT and it was SO fun! Jen shared a clip of her performance on her Instagram if you want to see exactly what I'm talking on and on about. It really was a sight to see! 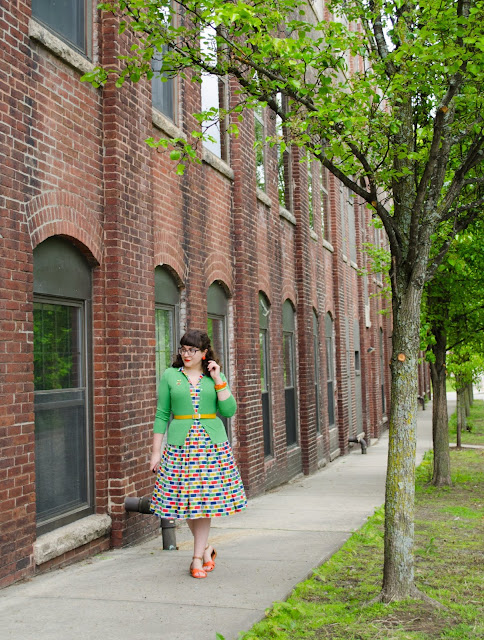 So anyway, adventure aside, this connects with this outfit because of COURSE the Saturday we went to the show, it wound up being only 50 degrees, rainy, and cold. THANKS, MAY. I planned to wear this Bernie Dexter Tickets to Ride Kelly dress that I snagged for an awesome price on the Bernie Dexter Collective Facebook group (hello, a tickets themed dress to variety show? DUH!) but did not anticipate an encore from Winter. So I layered up. 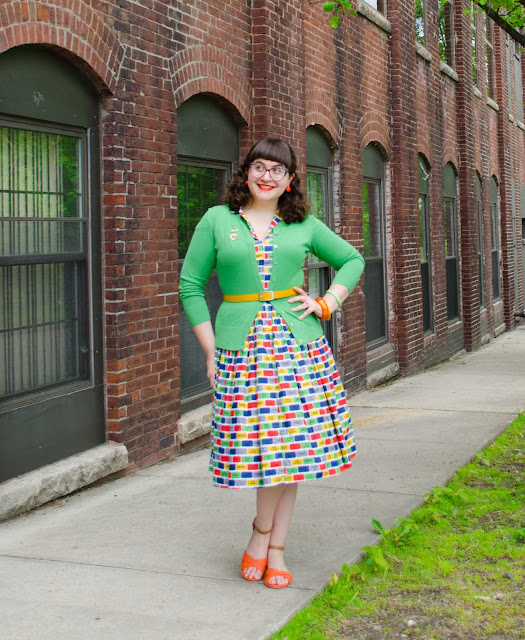 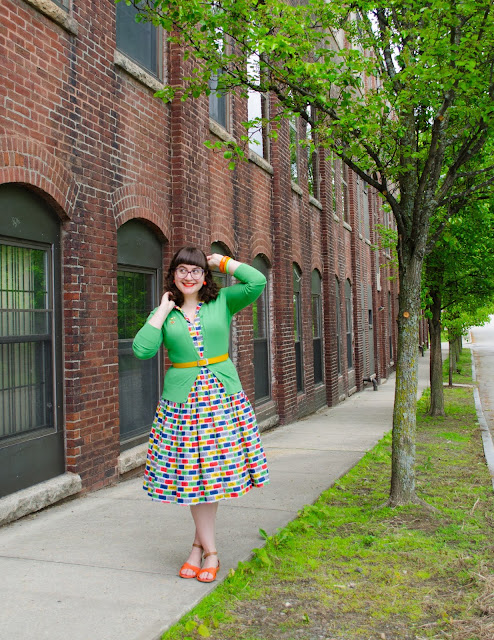 I also did not anticipate loving the outfit enough to want to blog it in the same exact way! Of course, though, with the rain not stopping, I couldn't manage to squeeze in a photo shoot before the show. I wish I could have - Harvard Square is SUCH a cool part of the city. It would have been a dreamy place to take some blog photos before heading into the venue. 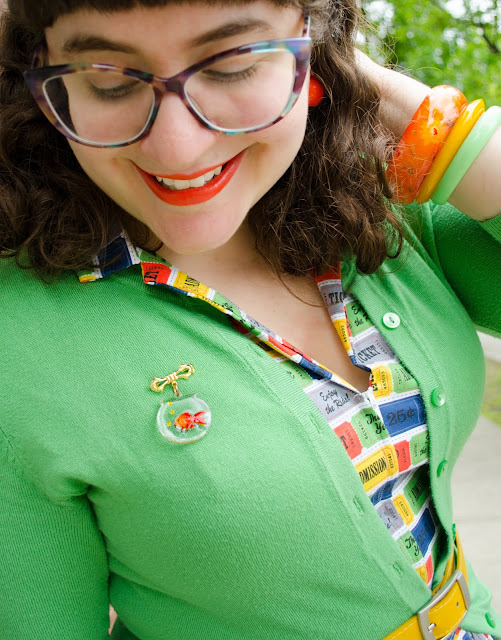 So, long story short (or not short at all...), I decided the only thing I could do was recreate said outfit the day after the show when I was back home and the rain had stopped (all I changed were the shoes - can't rock sandals in the pouring rain, after all!). The colors were just too good with what I call my Perfect Shade of Green cardigan and all the orange details - not to mention my goldfish brooch to REALLY drive the carnival/tickets theme home! 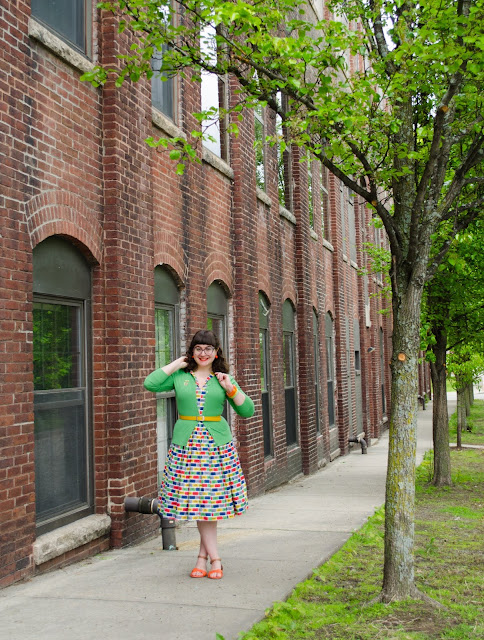 Only thing was...the weather decided it WOULD feel like May and it was back to being in the 80s and was humid as hell so I ended up downtown in a cardigan trying not to sweat profusely as I snapped away. 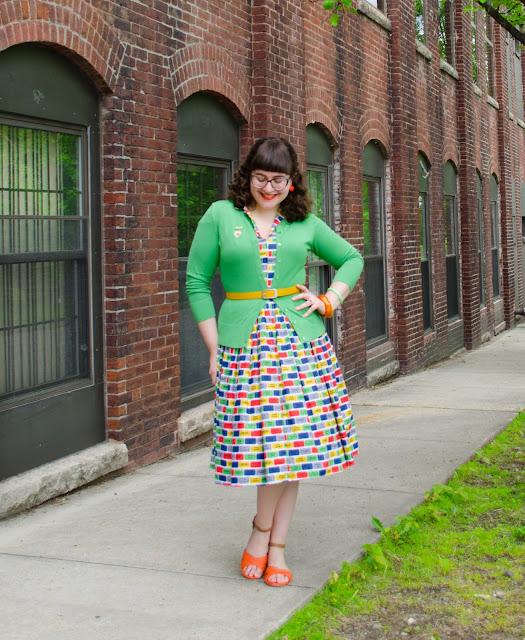