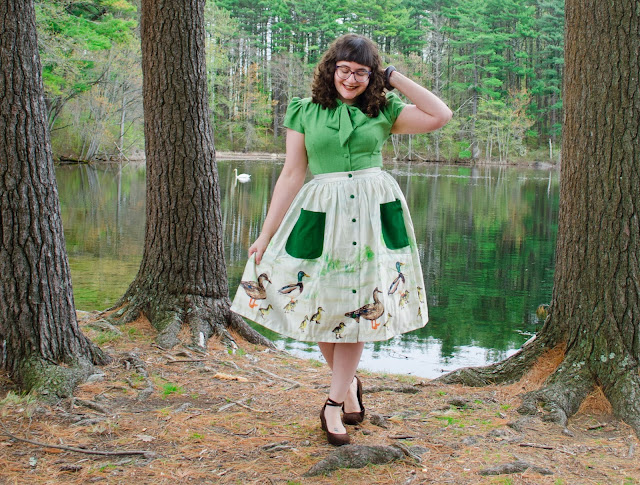 It's been a BUSY couple of months behind the scenes here at In a Nutshell. I've been keeping a once a week posting cadence here just to help me juggle it all. Between our annual busy season (in the trade show world, March-May typically are extremely busy!), some looming division reorganizations taking place smack dab in the middle, and our ongoing wedding plans, I just knew my bandwidth would be pretty stretched thin. 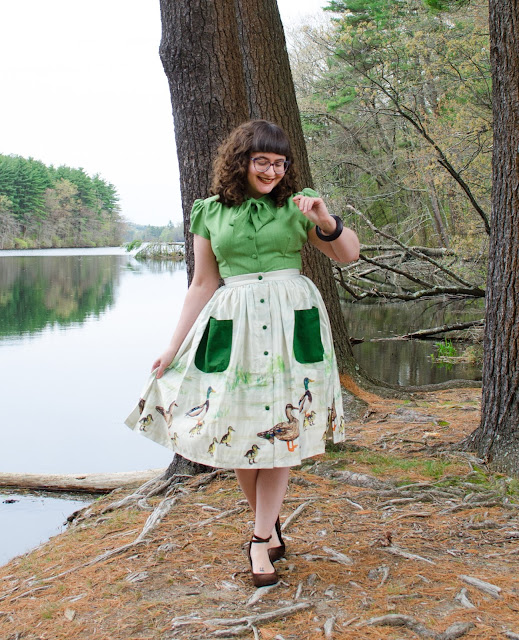 As if that wasn't enough -  I have BIG news to share today along with this ADORABLE new skirt from Lindy Bop. LB recently released a bird collection and I immediately fell for their Francine dress and Adalane skirt featuring the cutest family of ducks parading around the hem. 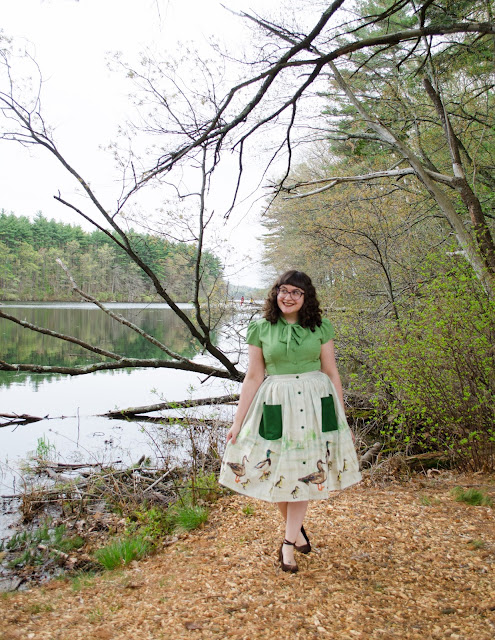 In the end, I went with the Adalane skirt as I just couldn't resist the dark green buttons and pockets. I wish the skirt were cotton as opposed to this shiny polyester (something Lindy Bop has been doing a lot more of lately, weirdly enough, even though their cotton skirts/dresses were always what I loved about them previously) but that is really the only negative I have for this precious skirt. 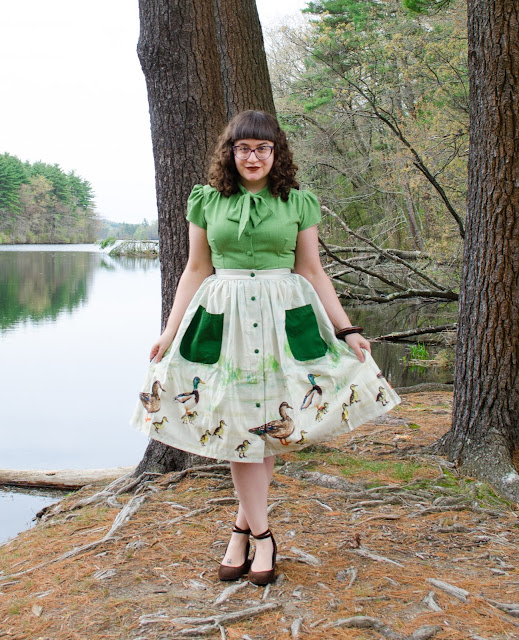 The print TOTALLY reminds me of Make Way for Ducklings, a popular children's book that not only takes place in Boston, but has its own statue smack dab in the center of the commons in the city. Understandably, this book was a big part of my childhood along with many Massachusetts raised little ones! 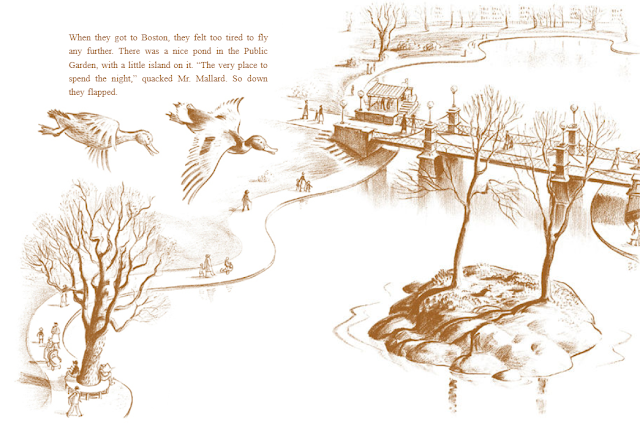 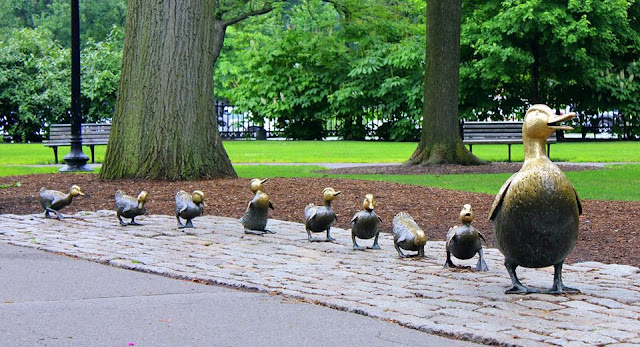 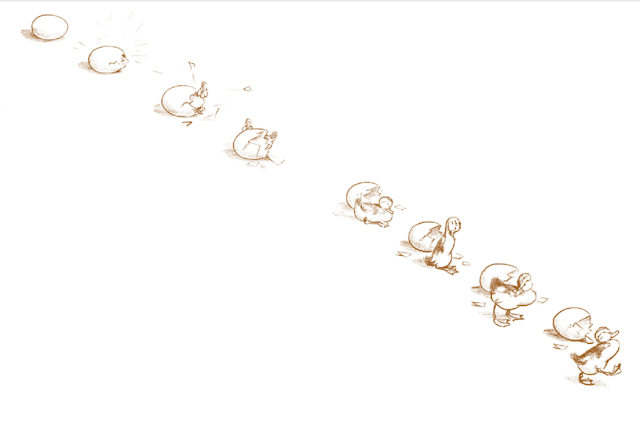 It felt like the perfect skirt to share as I also make way for some big changes! 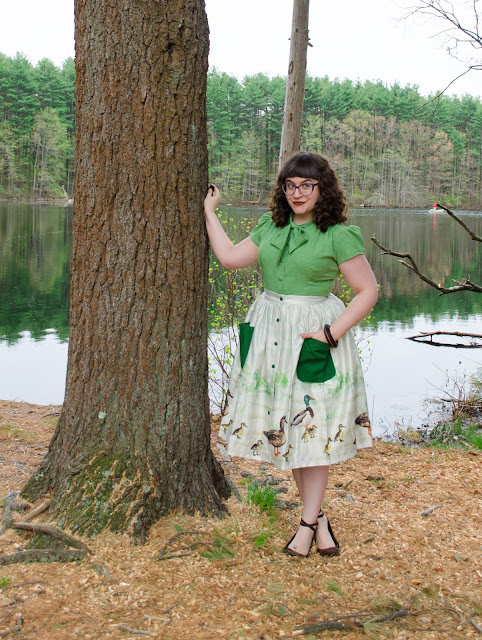 OK, so you're probably wondering what the heck this big change is that I keep referring to - don't worry, I won't keep you in suspense any longer! 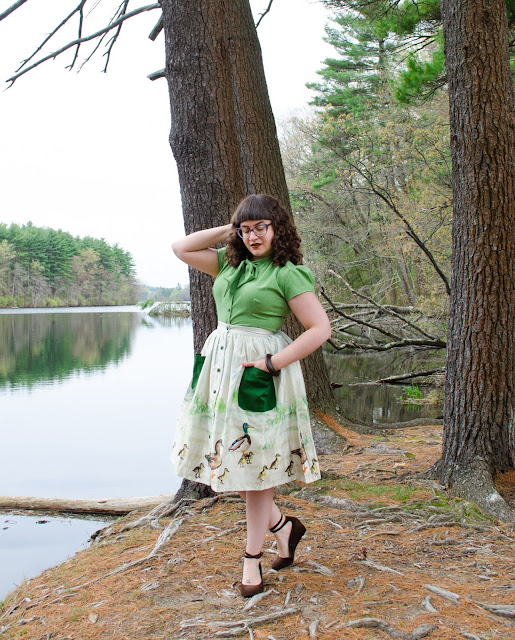 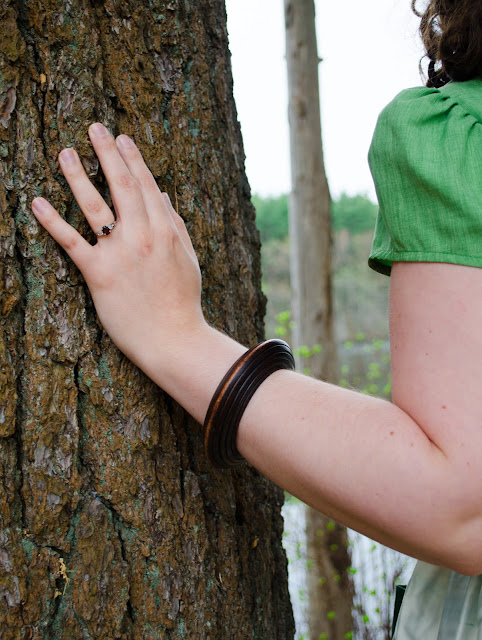 I have accepted a new job outside of Dell EMC and my new chapter begins tomorrow! I am now the Marketing & Event Planner for the Primrose School of Natick, a private daycare/preschool/kindergarten that opened about 2 years ago and has been growing and expanding ever since. As you can already tell, it is QUITE the different scene than I am used to and a much different environment - one that I am very excited to immerse myself into. 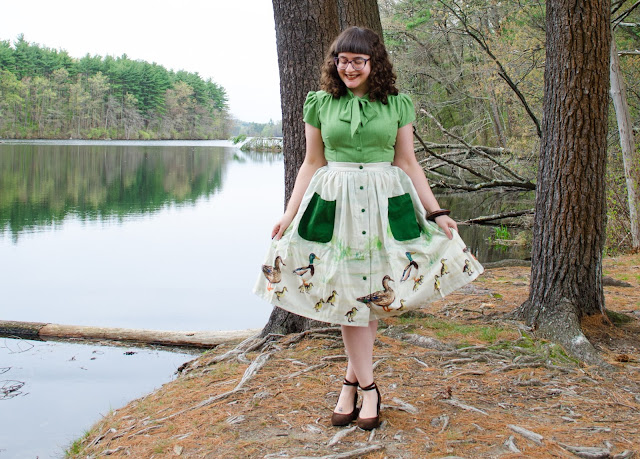 It was time for a change. I was with Dell EMC for nearly 5 years now and in those years saw a lot of change with the company (I feel like we merged with other divisions once a year, not to mention the biggest merger of them all when Dell bought EMC), had many different roles and responsibilities, and on top of it all, learned SO much. 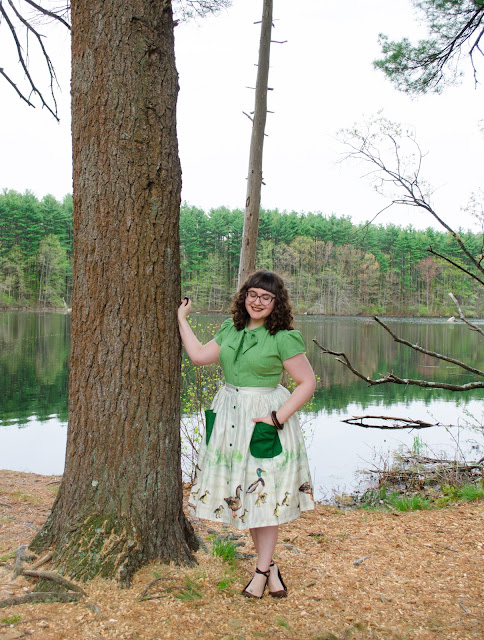 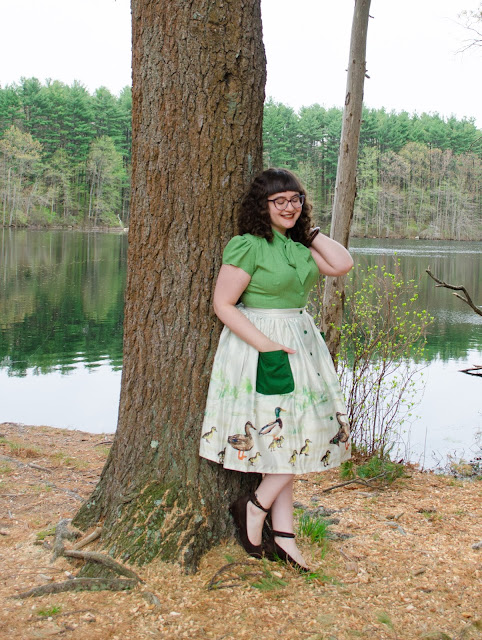 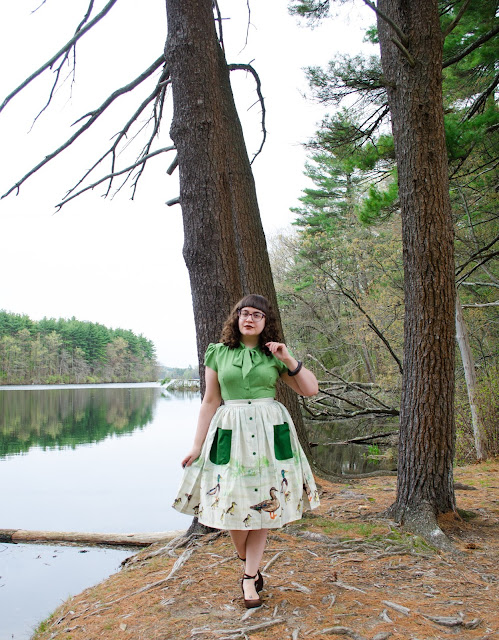 Being a HUGE creature of habit that thrives off routine - this change was a big challenge to take on. It took a lot of work and consideration to decide whether to leave or not but in the end, I knew it was time for something new (and slightly scary!) to keep my career moving in the direction I want it to. 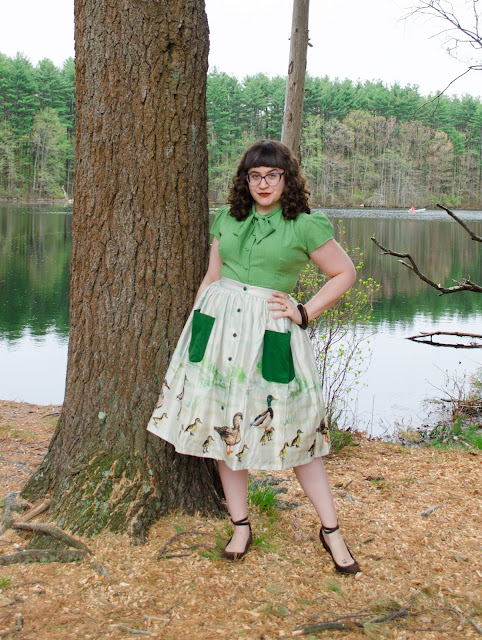 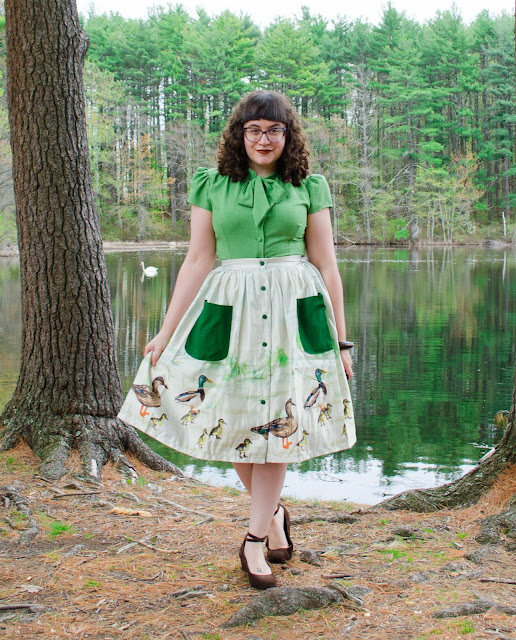 So wish me - and my ducklings (because I am totally wearing this outfit for my first day) - luck tomorrow! It will surely be interesting to see where this new path takes me next! 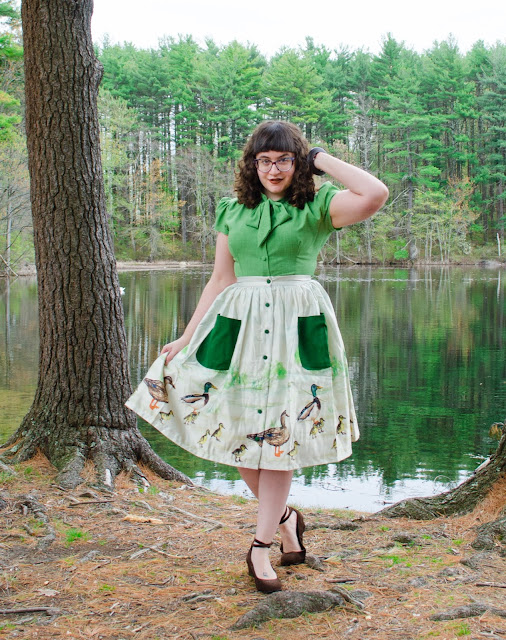