Merida, All Mine (Collectif) 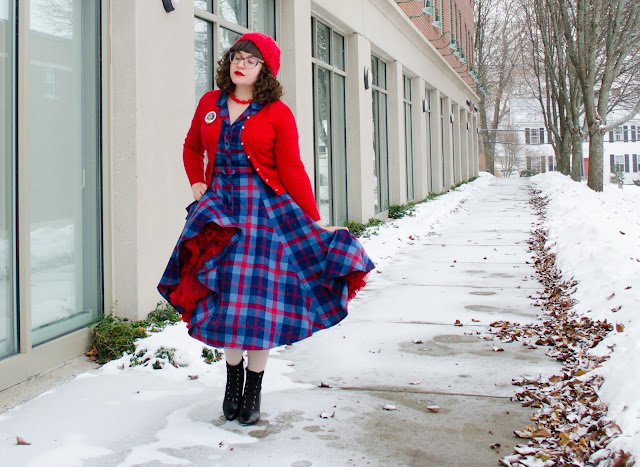 Gather round, my peanuts, for I have a story to share about this Caterina Merida dress from Collectif Clothing. 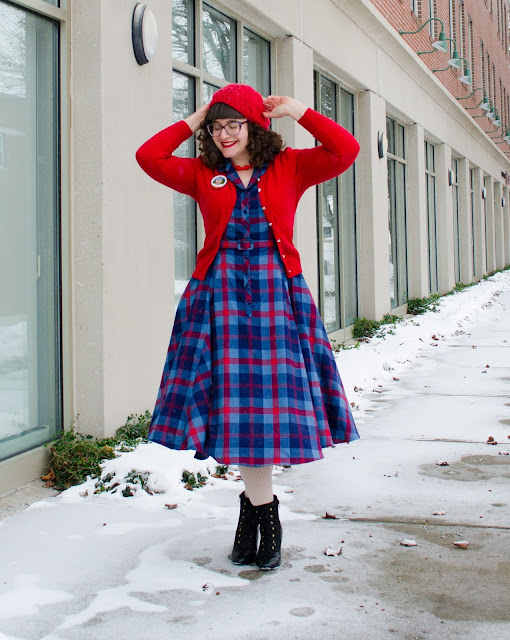 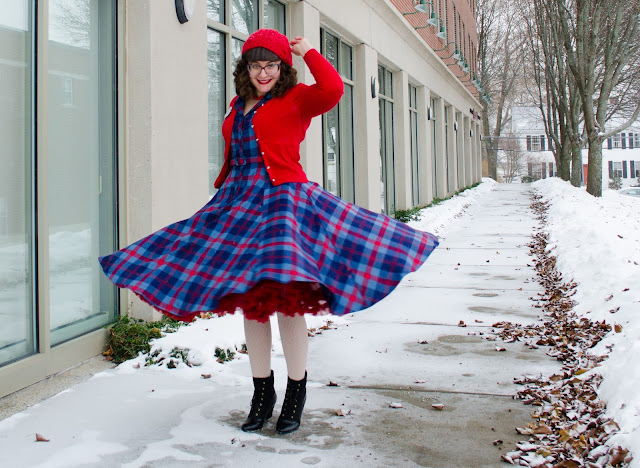 I first spotted it back in the summer when Collectif teased about the fall line being released. Though not typically a plaid person, I loved the colors together and since I had been having a lot of luck with Collectif garments, I knew I'd probably buy it for myself. 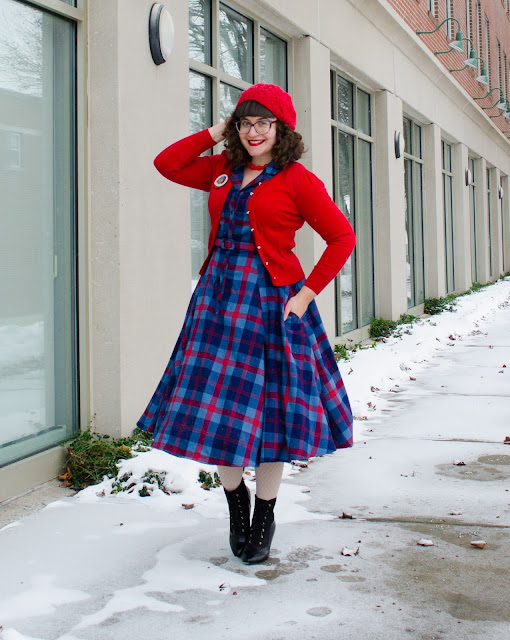 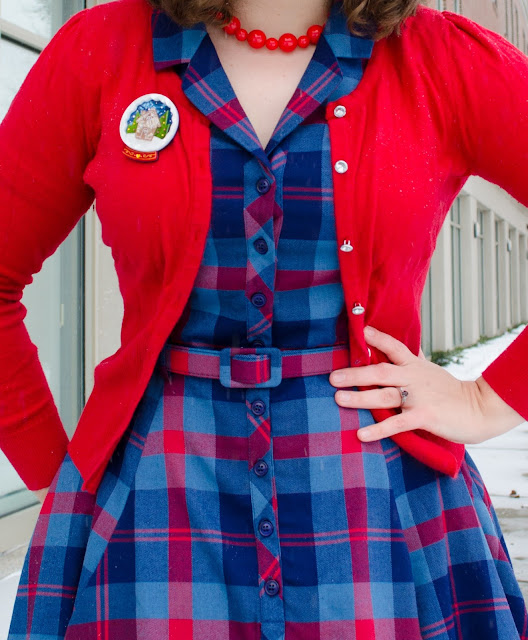 Well, cue the busiest month or two of my life (Europe in September, mainly) and it slipped my mind to stalk the dress. When I thought of it, it was too late. The dress had sold out. I looked around and found it had sold out at other stockists as well. I found just 1 other shop with it still in stock and bookmarked it for later (truthfully because the stockist was selling it for a higher price than Collectif was). 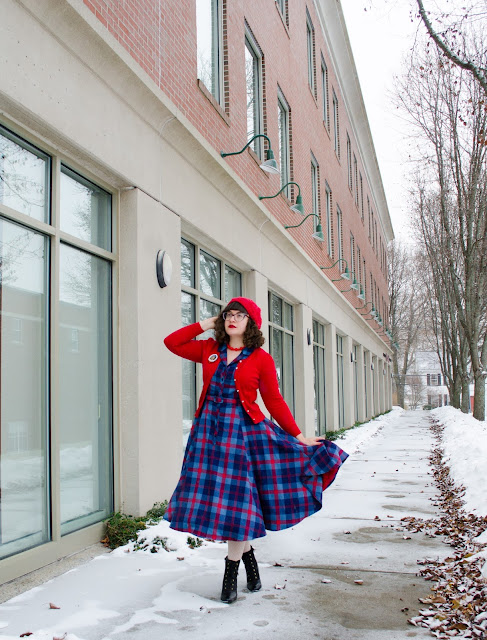 Fast forward to Black Friday. The other stockist announced they were having a sale and I got excited to perhaps finally snag the Caterina Merida dress of my dreams. I went on their site only to find that I was too late and they were now sold out as well. 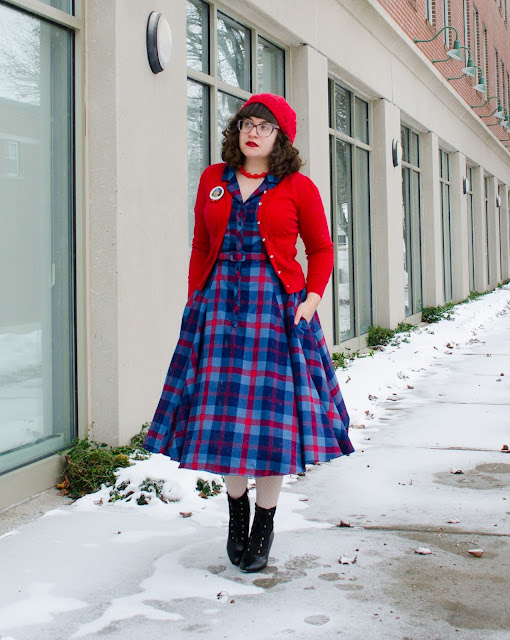 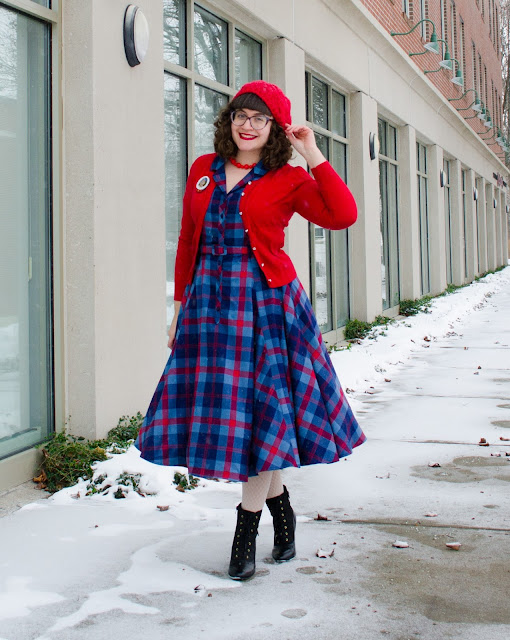 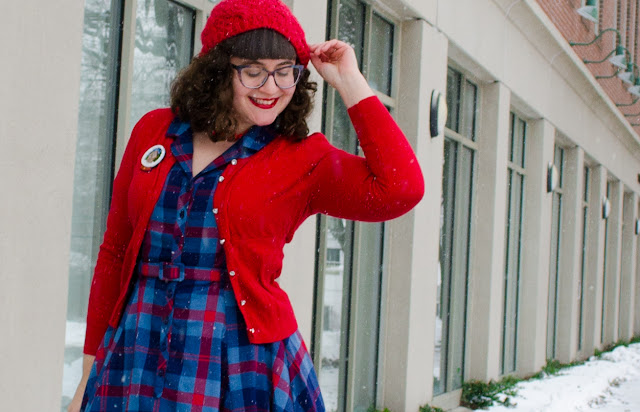 I admitted defeat, decided it wasn't in the cards, and decided to move on. There were still some skirts and wiggle dress versions floating around but they just weren't the same! All hope was lost. Or so I thought... 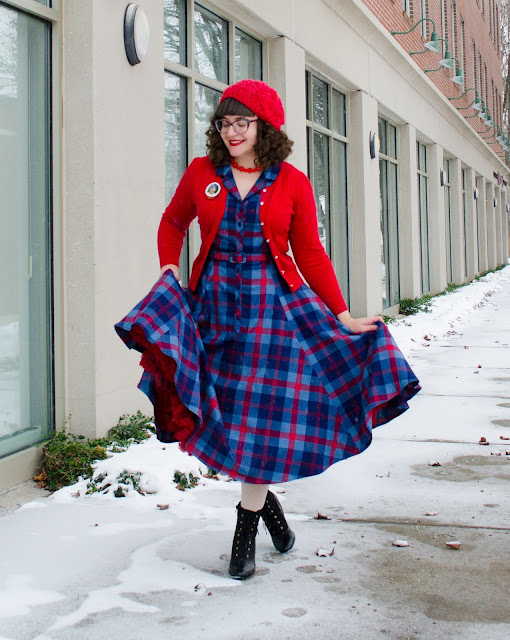 Collectif always has a huge end of year sale. I got the email and figured I'd do some shopping (again, with all my luck with Collectif, it was worth grabbing a few things - especially at 50% sale off the sale page!). To my surprise, as I was browsing, there in the sale section was the CATERINA MERIDA SWING DRESS! I gasped. It couldn't be! I clicked it, assuming one had been returned and it was probably a teeny weeny XXS or just the wrong size in general. 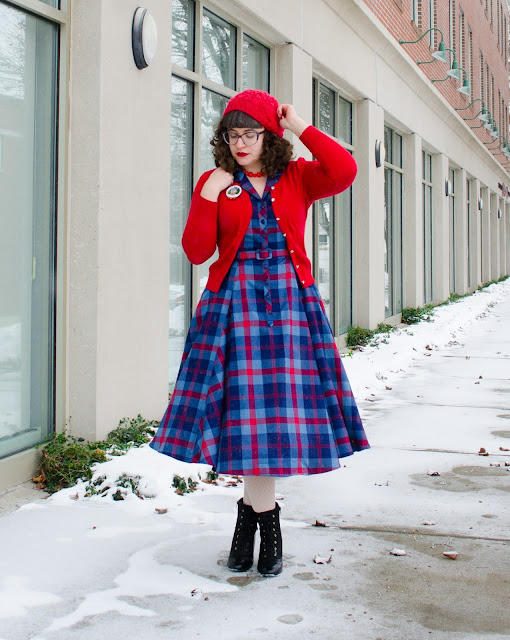 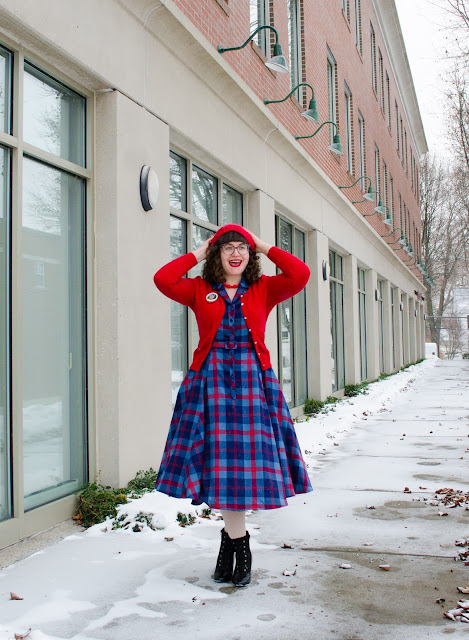 Then the most amazing thing happened. IT WASN'T A RANDOM RETURN! The dress had been restocked at some point and then added to the sale section! Not only was it already 50% off by being in the sale section, I was getting 50% off my total! 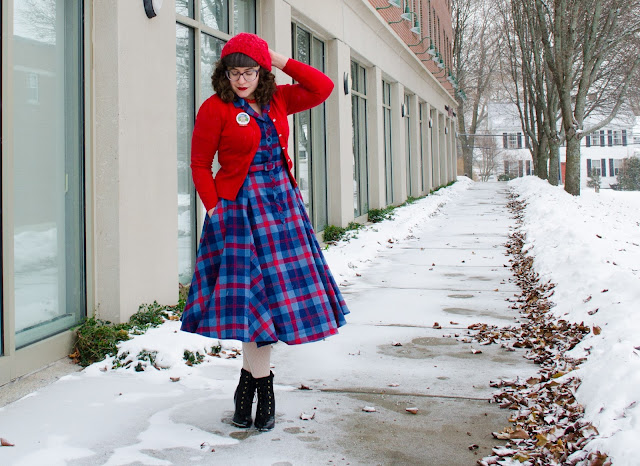 WHAT? HOW? WHO WAS THIS ANGEL LOOKING DOWN ON ME?! 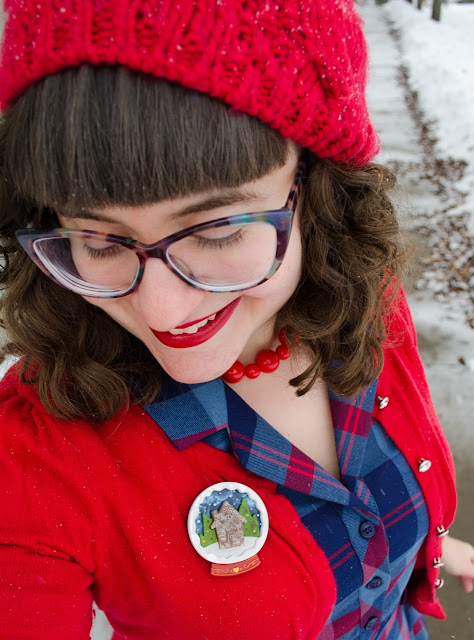 Never ever have I ever added a dress to my cart and checked out faster. BECAUSE SHE WAS NOW MINE! AND FOR SUCH A STEAL! Moral of the story? Never give up hope. NEVER. 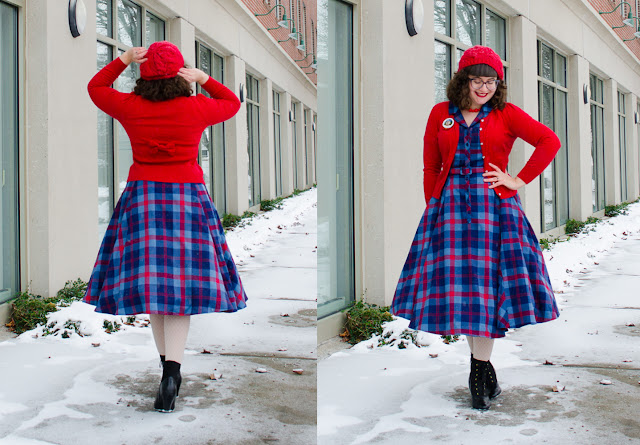 OK, I am being a BIT dramatic with that but I still can't believe my luck. I snagged this puppy for roughly $30 (in case you were wondering, originally it was a little over $100) and that makes me one happy dress lovin' girl. The dress has since sold out completely again (so I shared the wiggle version above). 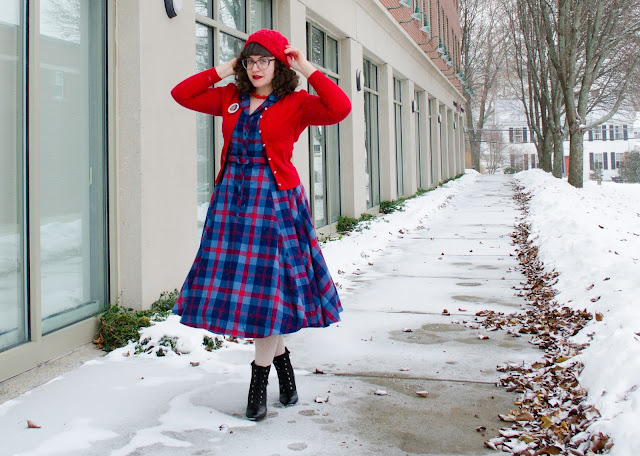 Now, I know I'm rocking a Christmas Erstwilder brooch after Christmas but since I was once again taking photos in the falling snow, it seemed only fitting that I wear my snow globe brooch. I mean, really, it was as if no other brooch would even clasp onto my cardigan!
Posted by SaraLily at 10:00 AM