Pinup in the Playpen: A Rugrat Halloween! 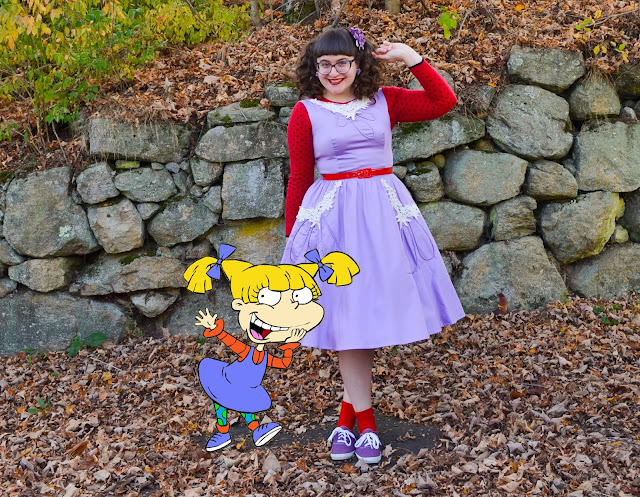 Is it a bit weird to put a pinup twist on a toddler? Yes, probably. 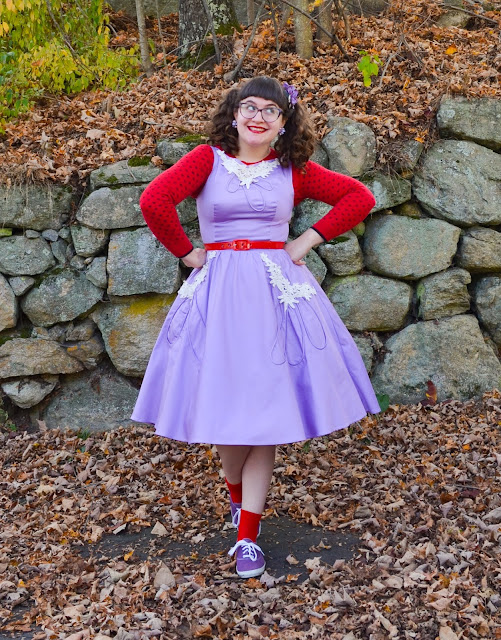 Did that stop me? Nope! 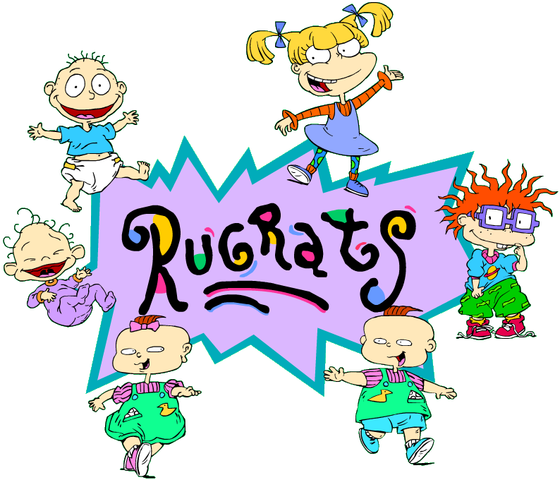 While I was brainstorming for some Halloween inspiration and looking back on past Halloween posts, I struggled to think of a good Halloween challenge for this year. I like to think of a character or classic person and then use what I have in my closet to either play homage to that person or put a pinup/retro twist on the character. 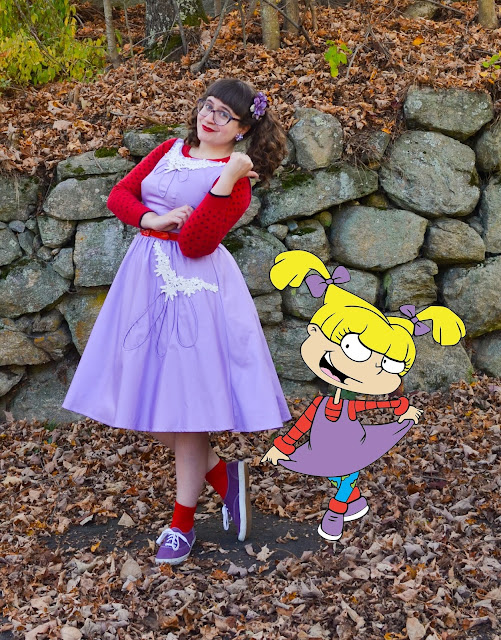 It was HARD this year, guys. I've been struggling a bit with inspiration in general lately, I'll admit. Work was extremely difficult and challenging this summer leading up to my show in Europe in September and ever since coming back home, I've been feeling the backlash mentally. I'm just tired. I had a week off this month for Red's wedding and that helped in many ways but I think I am still coming back to life and because of that, I've been kind of "meh" in the blogging department, which kind of sucks since I enjoy blogging the most! 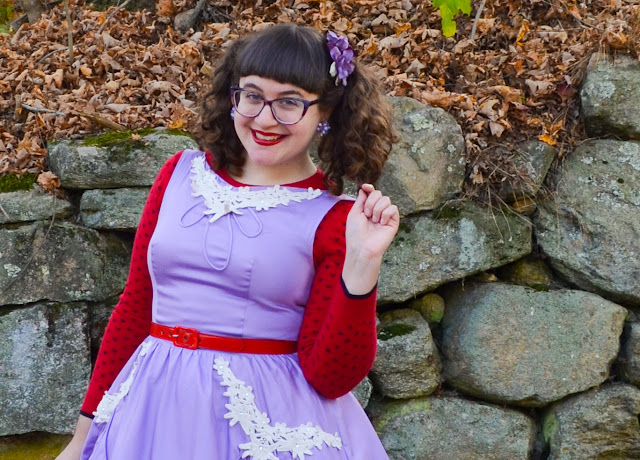 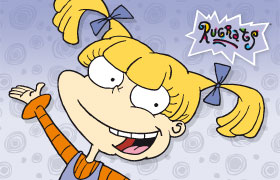 Here's to hoping the holiday season brings me back. It is the most wonderful time of the year, after all! But enough about THAT! Let's go back to pinup-ifying toddlers, shall we? 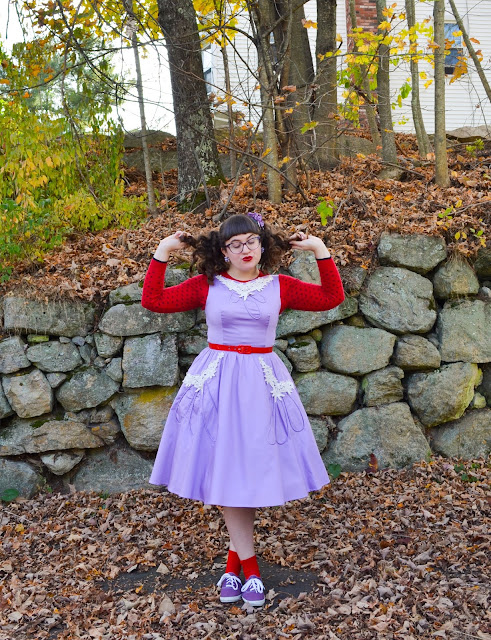 If you haven't figured out who I am by now, then let me put it all out here for you! I decided to take on a throwback show, Rugrats, and pay homage to the baddest bitch around - Angelica Pickles! 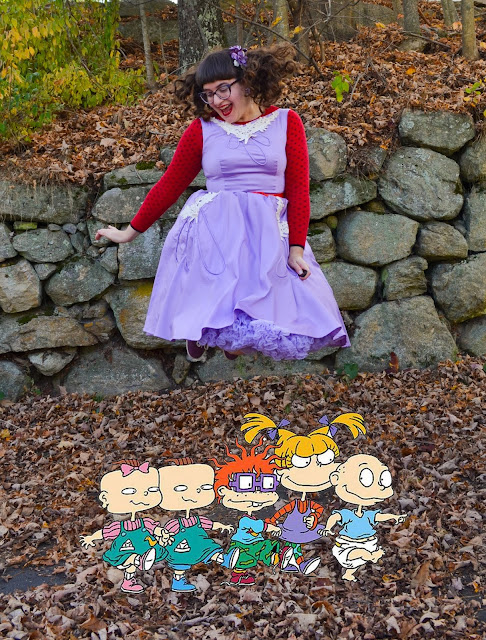 Using just items of clothing in my closet, I put together this somewhat silly look to become Angelica. Choosing one of my favorite Tatyana dresses was the easy part. The rest, I made work. The only detail I missed completely were her blue and green tights. The fun part? Rocking pigtails! 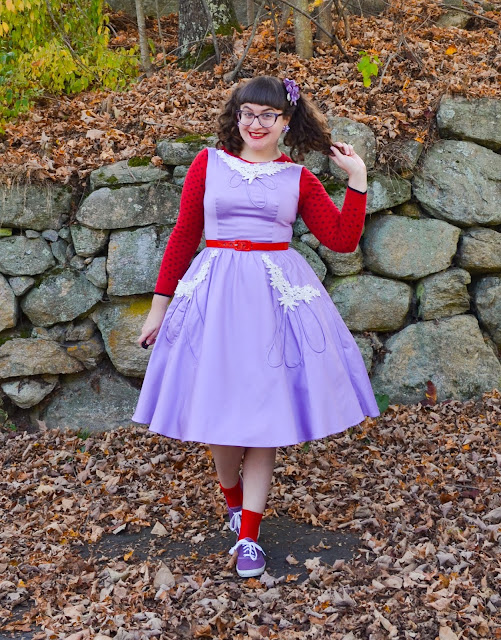 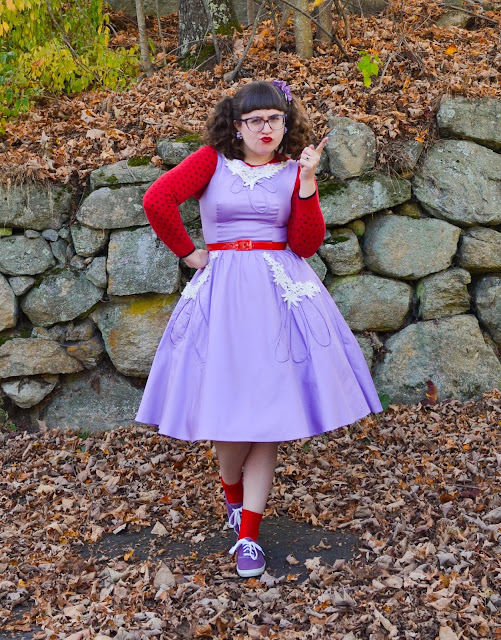 "You babies are SO dumb!"

I knew I had to pick Angelica. She was kind of the original badass chick in the 90s. Some may call her bossy (and yeah, she totally hated the babies and everything they did ticked her off) but as we've learned in 2017, this is SO not a bad thing. In fact, I'm willing to bet she's a successful business owner by now, am I right? #GirlBoss #AngelicaPickles2020 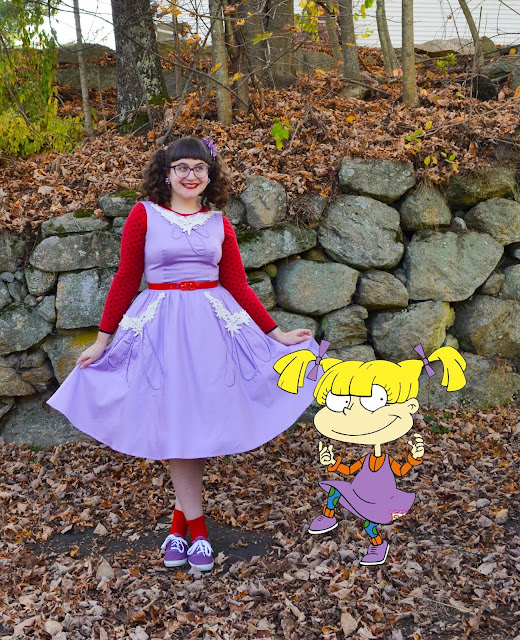 Rugrats premiered in August 1991 and actually ran for over 10 years! I actually don't recall many of the episodes of Rugrats now but their Chanukah special was awesome to watch as a little Jewish kid ("CHAnukah, you gotta CHHH when you say it!"). It was actually one of the first shows to even acknowledge different holidays and faith. 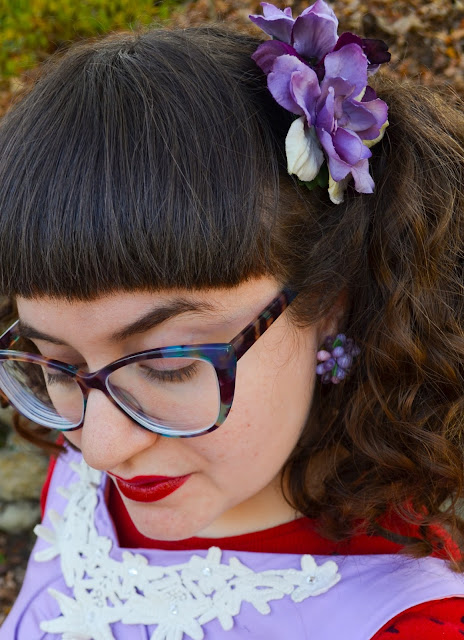 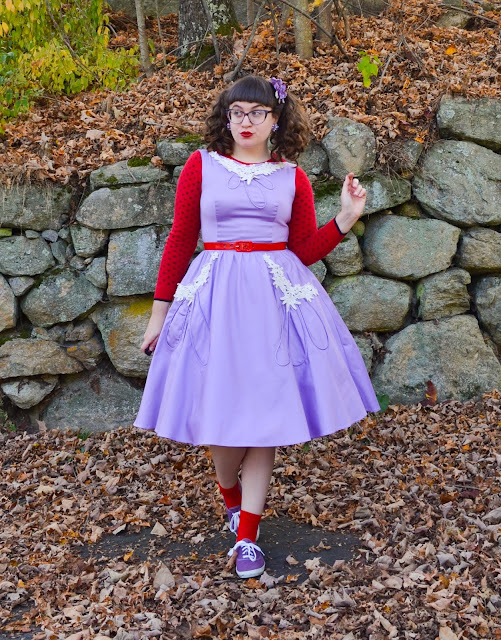 Also, did you know that even though most of the babies were boys, ALL of them were voiced by female actresses? Love it. 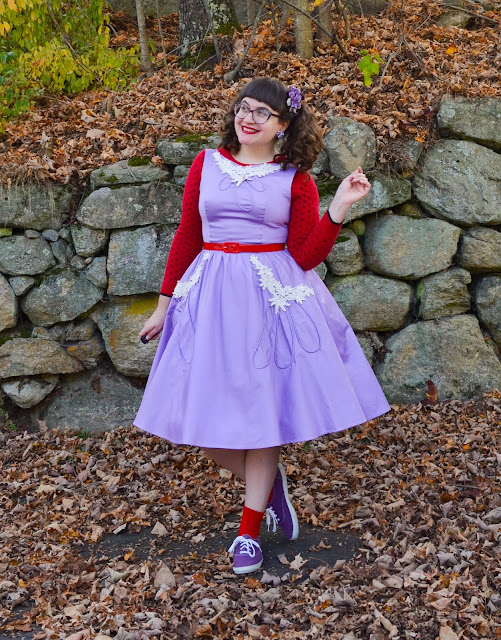 Another fun fact - Tommy's character was the brave and adventurous one because he was born premature. I love when a seemingly mindless kids' cartoon has deeper meanings and messages! 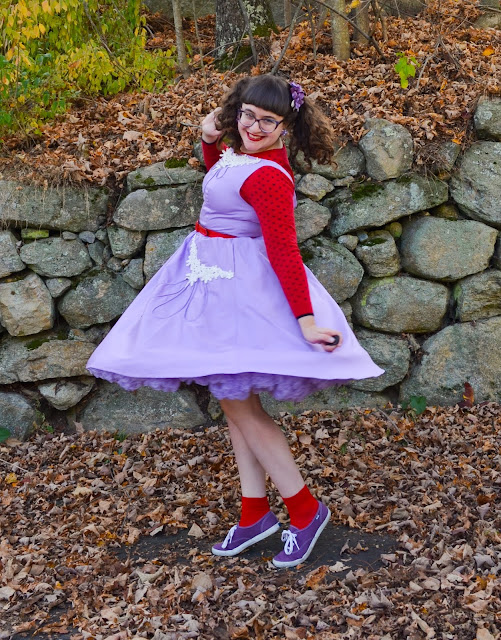 What shows did you enjoy as a kid? Any favorite characters you could pay homage to as an adult next week for Halloween?

Yasssssss girl!
Posted by SaraLily at 10:00 AM