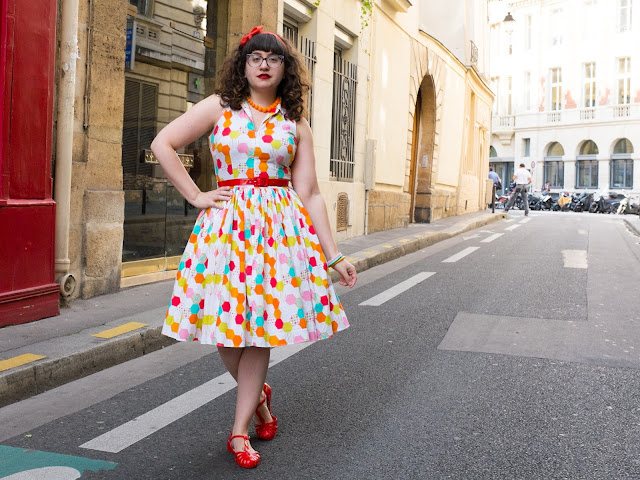 You know what I love? When Bernie Dexter offers 70% off sale items. You wanna know how this girl has so many Bernies? THIS IS HOW, PEANUTS! You gotta pay attention. You gotta subscribe to newsletters if brands/companies/stores offer them and be aware. Because when designers like Bernie offer 70% off, you jump. 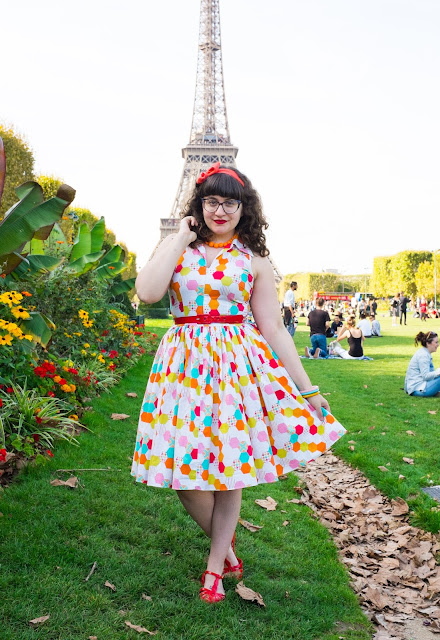 A Bernie retails for $168 these days and then there's shipping on top of that. 99% of the time, I am not paying that price. The dresses are beautiful and extremely well made but yeah, I got rent to pay. That's why when she has a discount code that's active, you take advantage. 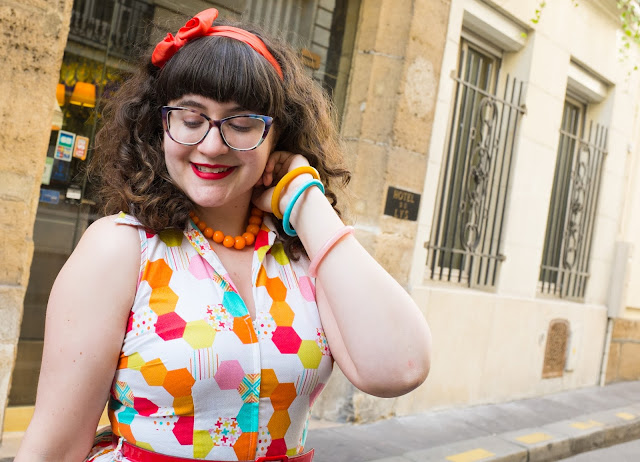 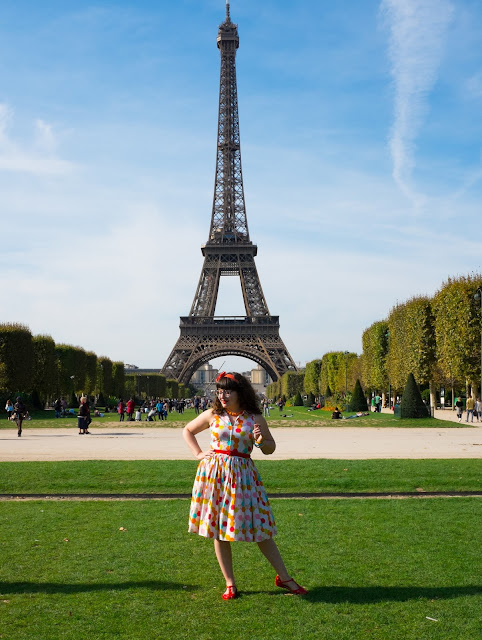 This honeycomb print was released this time last year (I think) and while very pretty, it was released in a style or two that I wasn't a fan of. It was also released in the Kelly style I know and love but I've been trying to find a different style to get hooked on as I own quite a few Kelly dresses already. 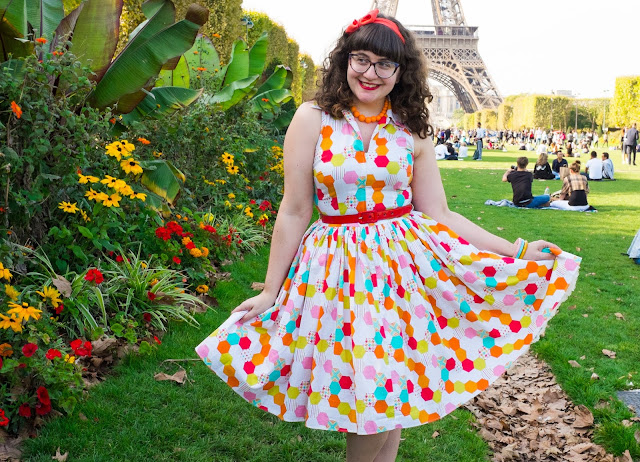 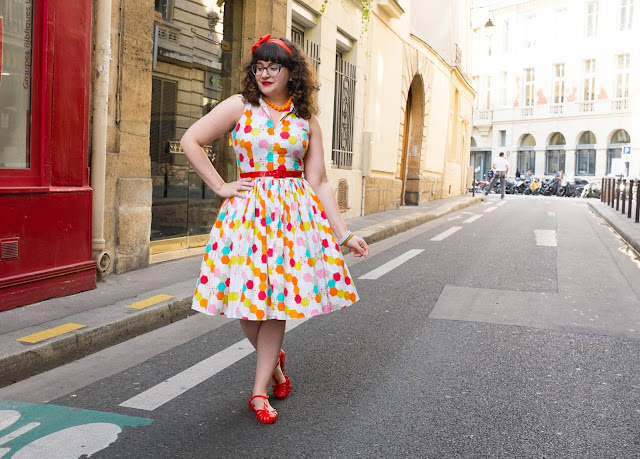 Queue the Mari. Like the Kelly, it zips in front (Bernie, you are a saint for starting this and PLEASE never stop!) and has a full skirt. The skirt on the Mari is shorter than the Kelly, which is fun and may even be a bit more flattering to my short stature. 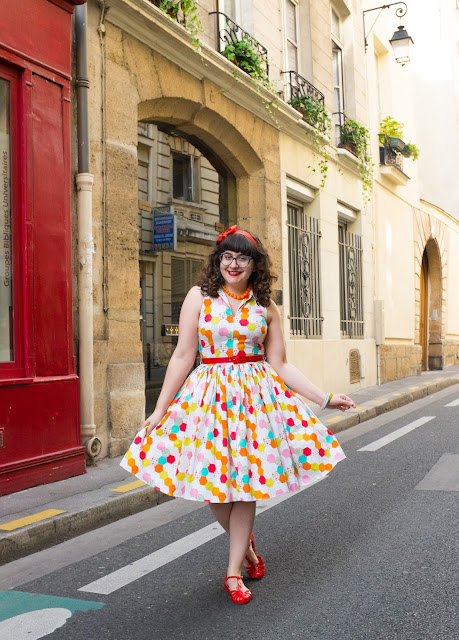 While the Kelly has the extra band of fabric on the waist, the Mari (like the Nicole) does not, which I think flatters my waist better. I also love the wider collar on the Mari - it is super cute to wear a cardi over this one! 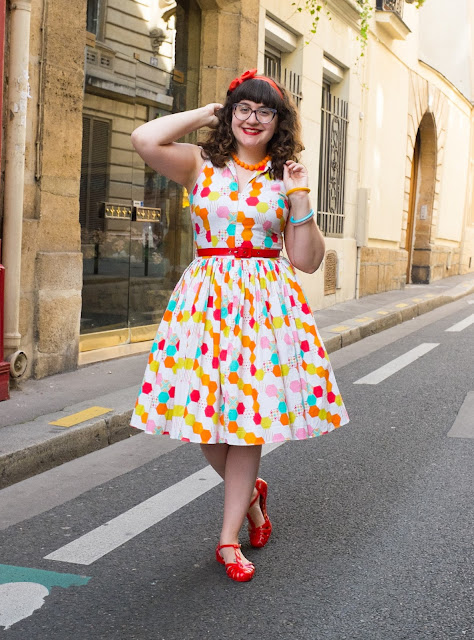 All that AND it was such a steal? This quickly became my favorite dress ever. 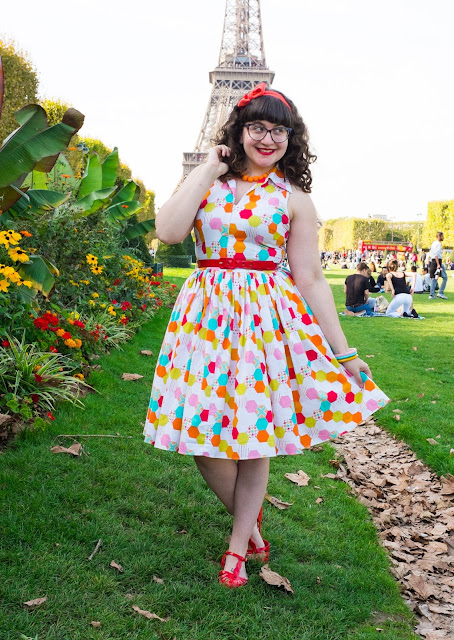 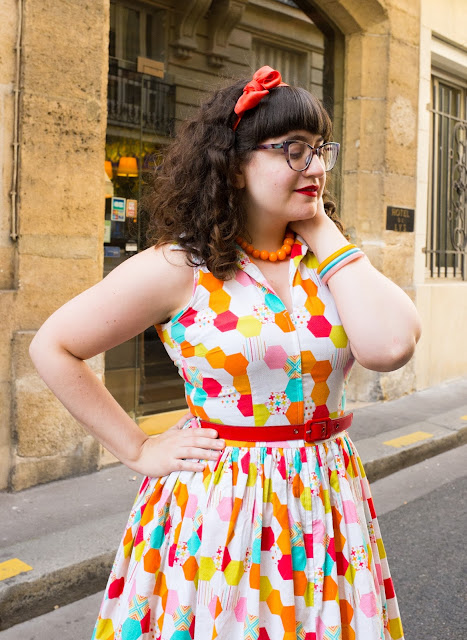 Obviously, I took it with me on my epic Amsterdam/Paris journey. I even wore it in the booth (hey, my booth, my rules and I say we all wear business casual and for me, that's a colorful dress!) one day! 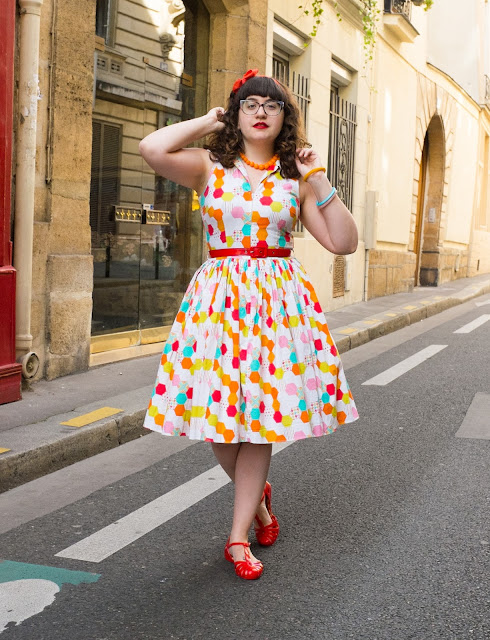 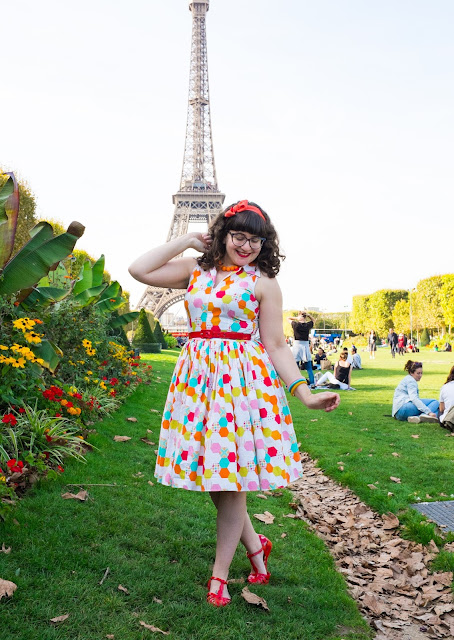 Cody and I have been having fun with a new toy we got before our trip - a Fujifilm x100S camera. Two of my photographer gal pals have this camera and they use it when out with friends, at parties, or traveling. They had nothing but positive things to say, reviews online all seemed great, and it is more compact than my SLR. I knew I needed to get one before going to Europe. 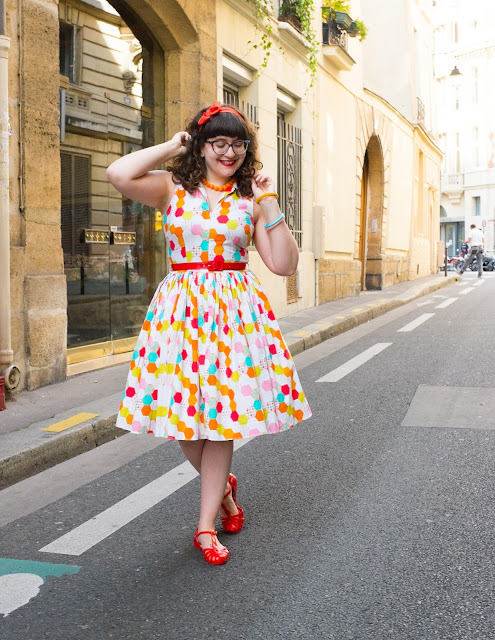 While we are still discovering it's abilities, these photos were taken in Paris using it and I think we're off to a great start, if I do say so myself! Although, perhaps the beautiful backdrops had something to do with that! 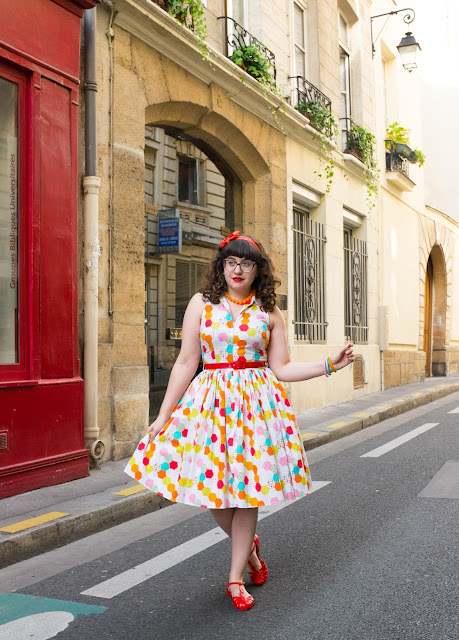 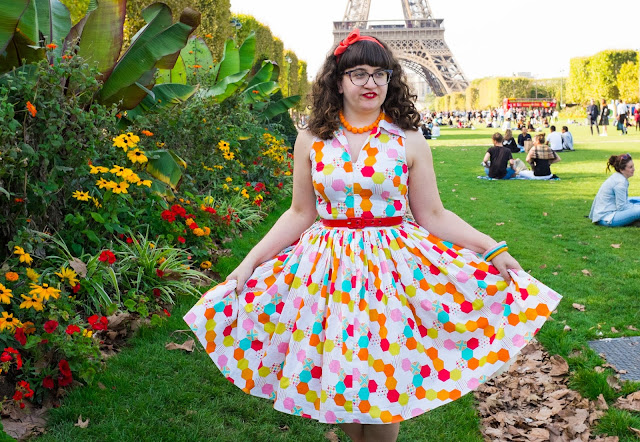