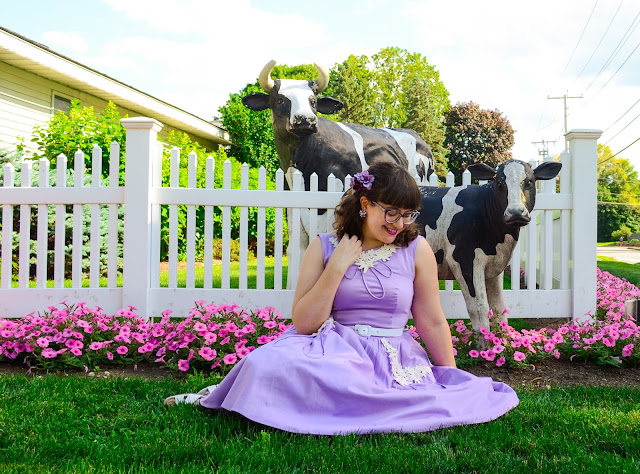 Show of hands - who here remembers my epic saga of being in Las Vegas 3 times in an 8 week span? I DO! I DO! Well, I am still happy it's over (I may even still be recovering...) and now that it's summer, my busy season has started to calm down. 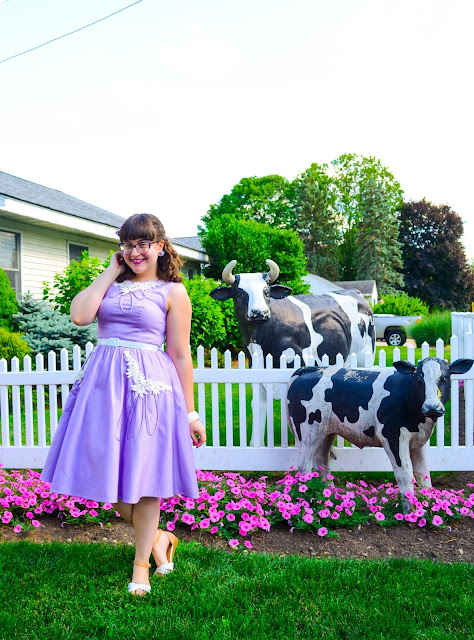 Obviously, my work is never done and I still have events to come (I started planning our 2nd largest show that takes place in September in early June) but I have a bit more time at home between my trips and that makes ALL the difference.  I plan to take advantage of that with some time off and am looking forward to having a week off next week for my birthday week. There's SO MUCH going on  and I am pumped - the Brimfield Show, a hot air balloon festival in CT, Viva East, and more! 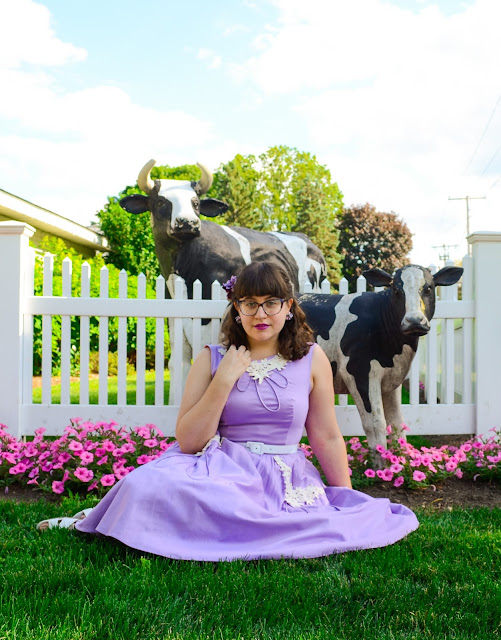 So yes, glad Mayhem May is long over. One good thing to come out of May? THIS DRESS! As one does when they land in Las Vegas on a Saturday afternoon and aren't needed to report to the booth until the next morning, I visited Tatyana in Planet Hollywood and didn't hesitate to purchase this dress (though I am DISTRAUGHT to report that they closed the Planet Hollywood location recently!). 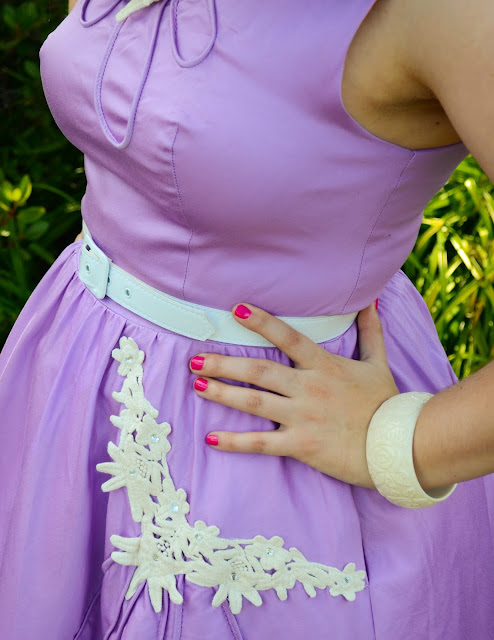 Some of you probably saw this on Snapchat (find me there: saralily47ra) but can you believe it's taken me this long to snap some decent photos for the blog? I don't know what happened. I mean, the car drama really put a dent in my blogging but this dress was splurged on long before that happened so I really don't have an excuse! 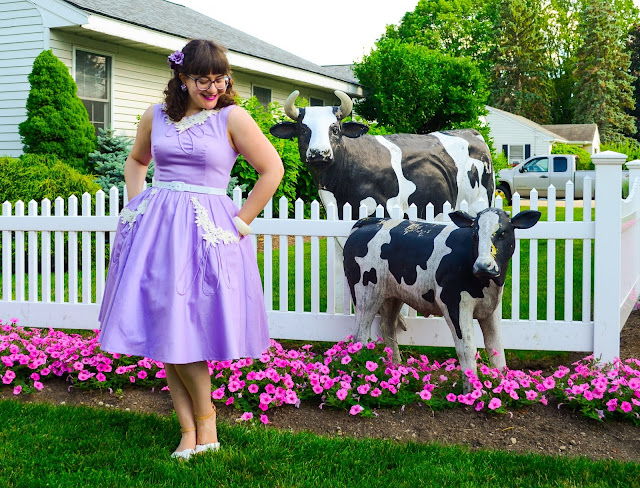 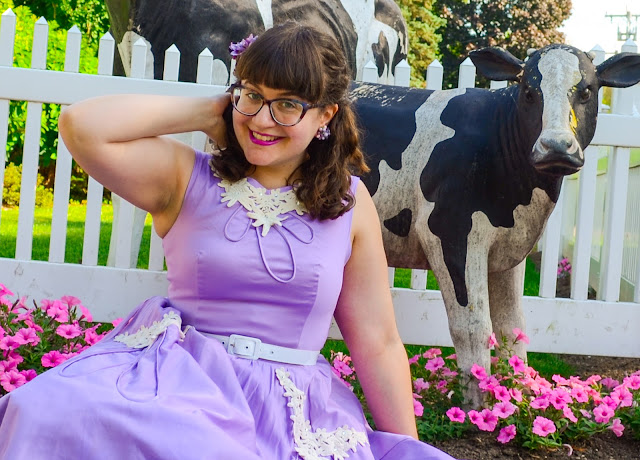 Slacking aside let's get back to this dress! I feel like I have been waiting for this dress to be released for ages. I remember seeing a sneak peek of it on Instagram early last summer when Doris Mayday modeled it for Tatyana and have been waiting for it to hit the store ever since. It's probably why I didn't hesitate to scoop it up in person. 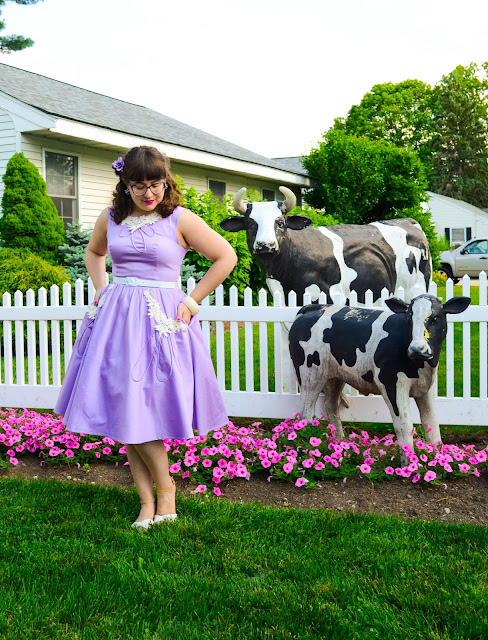 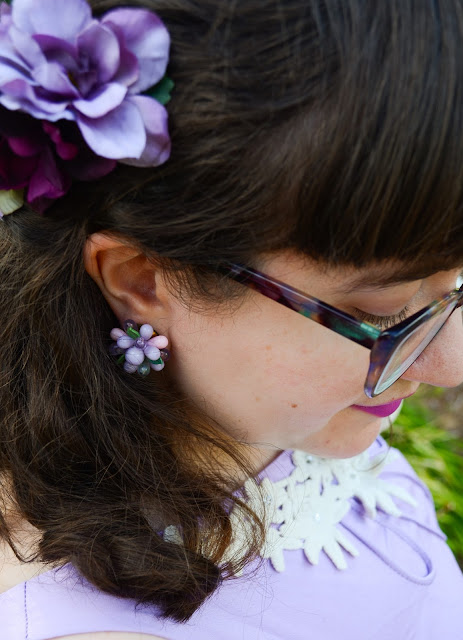 How could I not? Look at it! The appliques, the piping, the COLOR of this dress! There's so much to gush about. I also love that it's lined in a peachy pink and has its own crinoline, though I still have a petticoat underneath because THERE'S NEVER ENOUGH POOF! 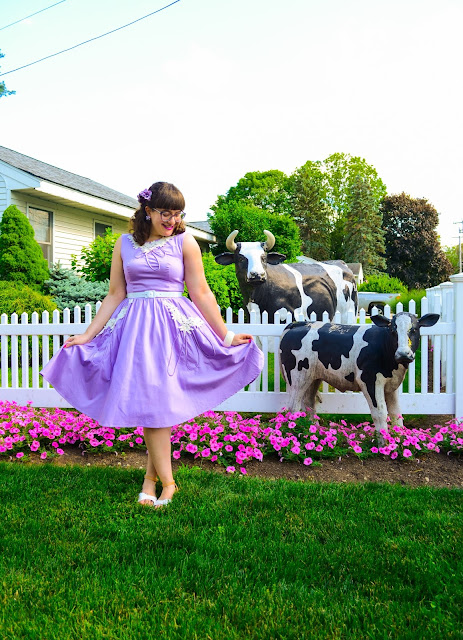 I drive by these happy cows all the time and decided it was time to pose beside them. I don't know why but something about this dress just screams Western to me. Maybe it's the appliques but for some reason, I picture it with a pair of tan cowgirl boots and a cowboy hat. Anyone else? 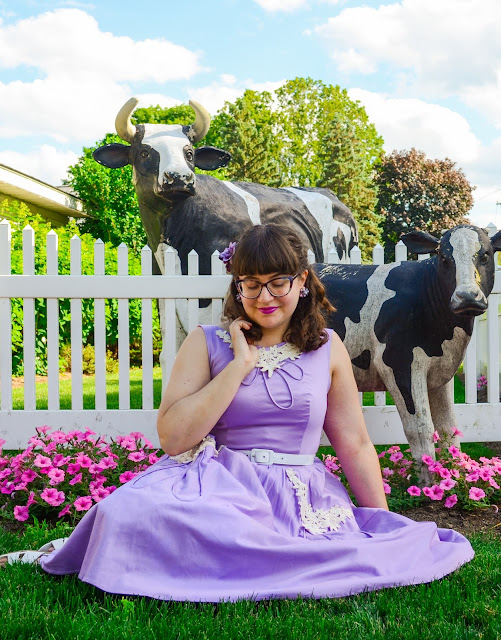 Well, I didn't have a pair of boots to line dance in, but these cutie cows were country enough for me. They're at a corner by a local farm and in the farm there are even more farm animal statues but it was closed for the 4th of July holiday so we couldn't take advantage of them all. Perhaps we'll return in the future... 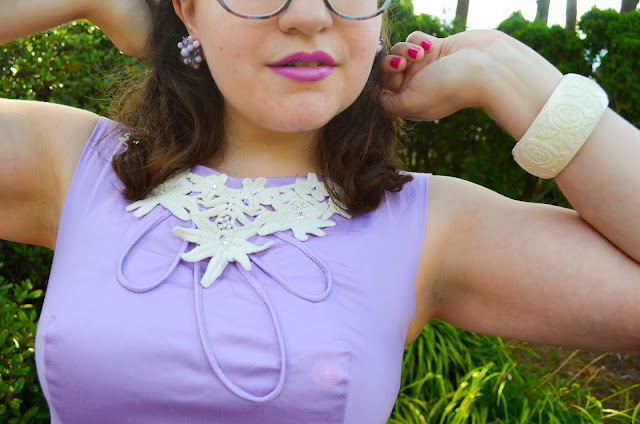 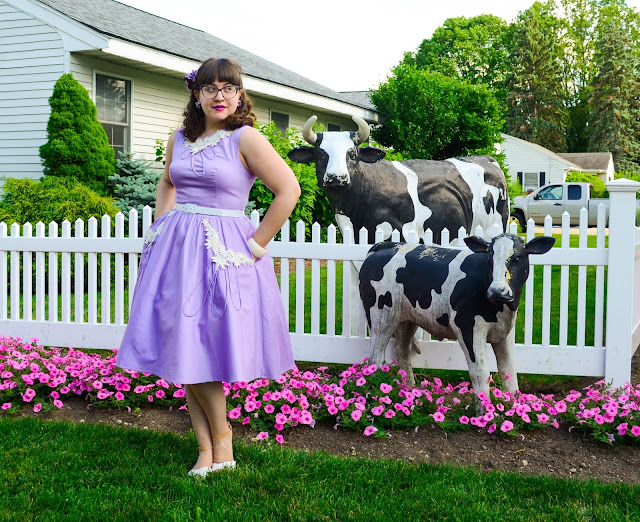 So SUMMER - what are you most excited about in the coming weeks? 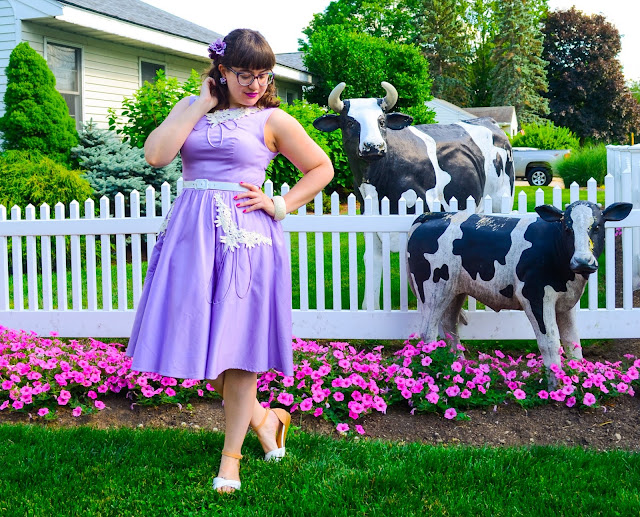