Don't Threaten Me With a Good Time: Panic! At The Disco 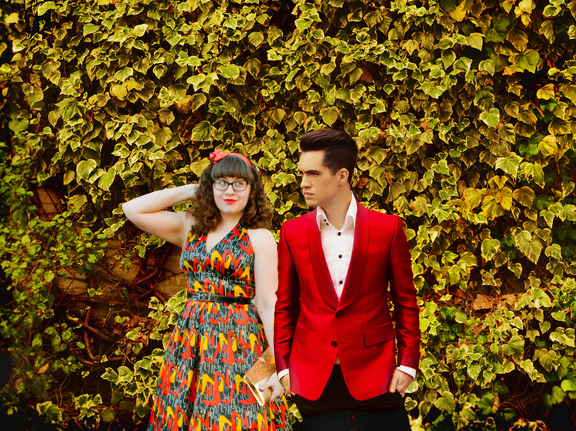 Ever go to a concert on your own? I can now say that I have! 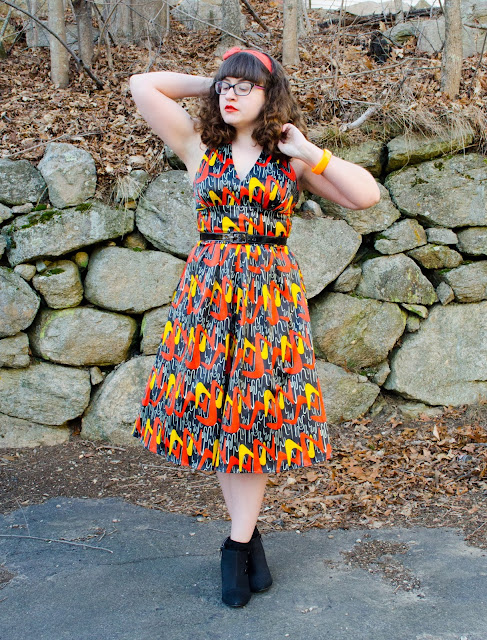 Normally, I have someone to take with me to shows. Whether it's a friend, Cody, my sister, or my dad (not even kidding - my dad is the concert KING!), I can usually find someone who shares my love for whomever I want to see: from Tegan and Sara (Red), to Billy Joel (Dad), to Florence and the Machine (Cody) and more.
When I caught wind that Panic! at the Disco was coming to town at a venue I have been to many times before and know well, I knew I had to go. Brendon Urie, front man and genius behind the name, is, after all, number one on my Hall Pass list (you know, the list of celebrities you'd be allowed to sleep with if you ever got the chance?) and everything he touches is gold. 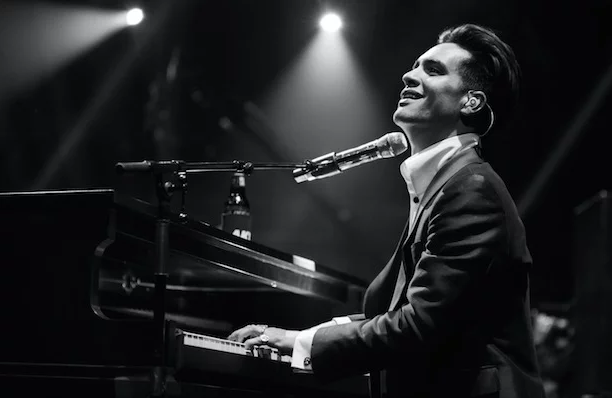 Problem was that Cody had no desire to go with me (I can't quite possibly imagine why he wouldn't want to watch me lose my shit over Brendon) and I had already taken Red with me the first time I saw them (about 2 years ago). This didn't even matter, though, because upon looking up tickets, I found I was late to the party (or the disco, in this case, har har) and there were only single tickets available in my price range. 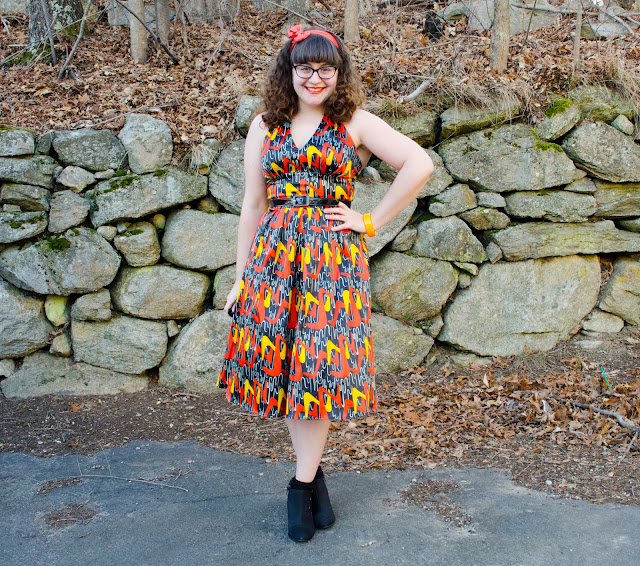 Would I do it? Would I actually go to a concert on my own? Many of my friends supported this decision via Facebook after Cody thought I was insane for buying one ticket, so I went for it and grabbed myself an aisle seat on the balcony above the stage, to the side. This is my FAVORITE spot at concerts - you see EVERYTHING! 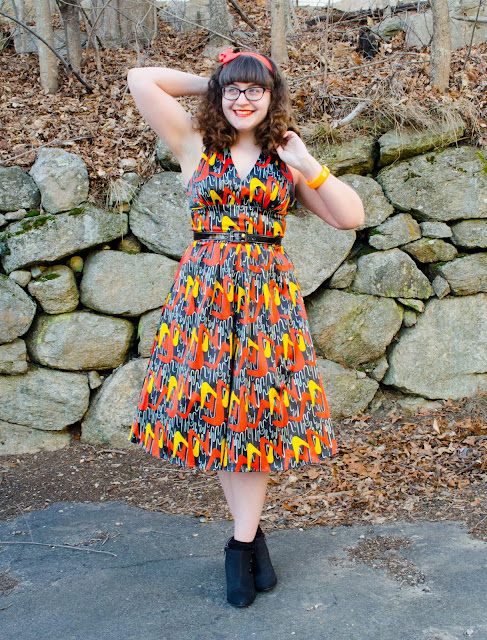 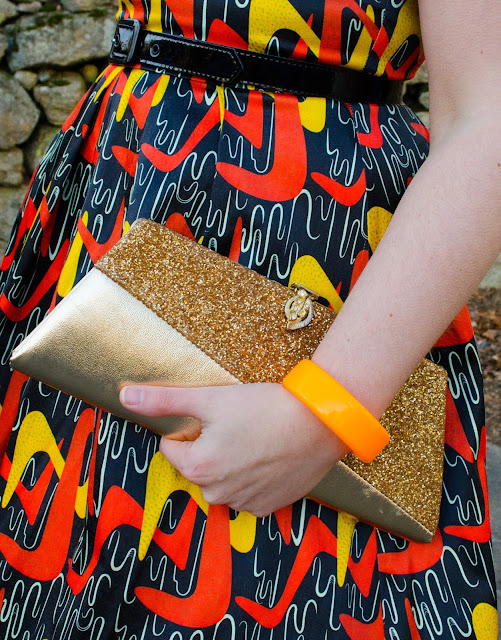 Actually, no my favorite spot at a concert was sitting in a section BEHIND the stage for Bruce Springsteen and the E Street Band. I got to stare at the best side of that man for hours...

But back to Panic! and my night dancing with myself. 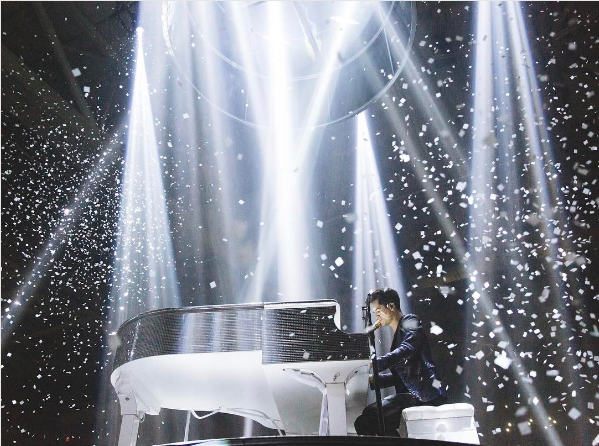 I realized I had never shared this Tatyana boomerang dress after I bought it from their Planet Hollywood location in Las Vegas last spring so it was the perfect time to wear it again! It's still a bit too cold for a halter top dress but I knew I wouldn't be cold once in the venue so it was the perfect choice. Plus, the golden yellow and orange boomerang covered fabric matched the Death of a Bachelor vibe on the tour, it was meant to be. 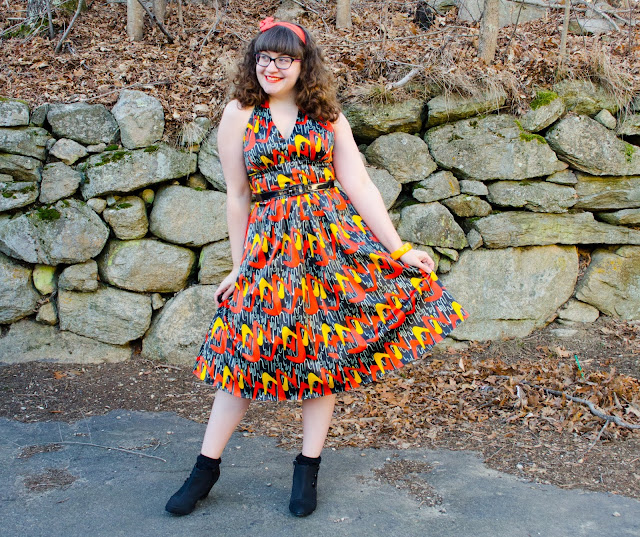 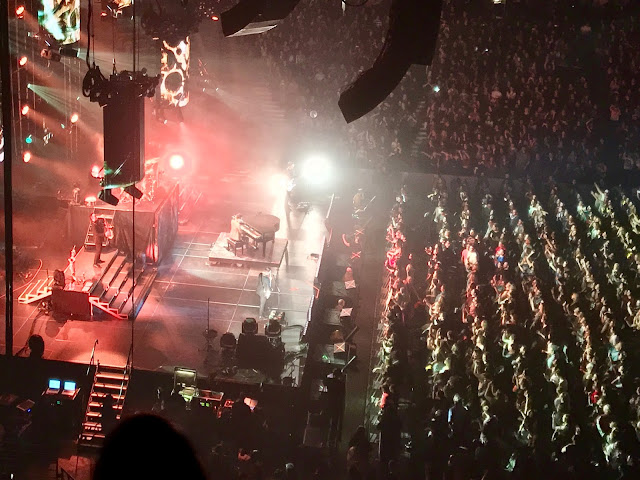 My view for the night!

I knew the venue well (located in Worcester not Boston = easier) so I didn't have to worry about finding my way around. That helps tremendously if I am venturing off on my own. So off I went into the city. I took myself out to dinner first (we went to Chipotle, if you were curious) and headed to the venue and found my seat in the balcony. 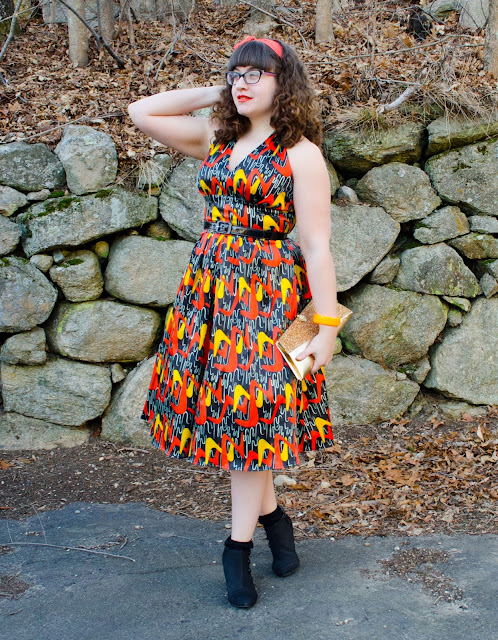 As expected, the show was amazing. From the medley he put together of songs off his first album, A Fever You Can't Sweat Out, to performing a piano only version of one of my favorites, "This is Gospel" under a shower of white light and confetti in the middle of the audience, to singing "Death of a Bachelor" while walking back to the stage through the audience, to his covers of Billy Joel's "Movin' Out" (it's like he KNEW I was in the crowd!) and Queen's "Bohemian Rapsody" (which they have done for every live show for as long as I can recall). Strangely, he did not come back for an encore. At first, I was weirded out (I've never seen an artist NOT do an encore), but when you push your voice like does on a nightly basis (that falsetto!), you've probably got a limit. 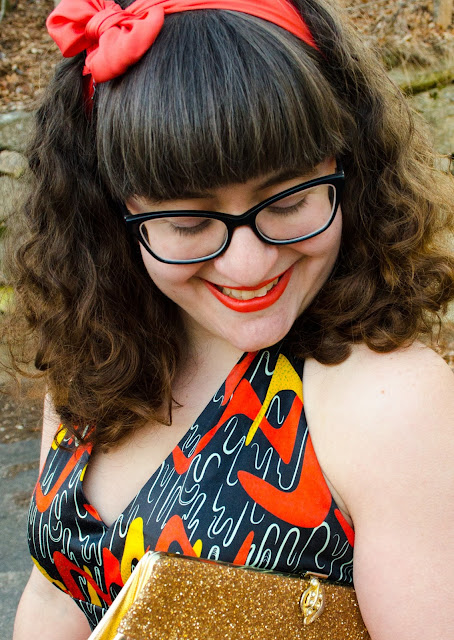 Being at a show on my own was interesting. At first it was a bit amusing, surrounded primarily by teenagers and their parents, but it was also kind of cool, knowing all these strangers were here with one thing in common - we loved Panic! at the Disco. I had to give these tweens kudos - they knew the words to all the songs, not just the new ones. They knew the old stuff, too (though, they seemed quite confused when he rocked out to Billy Joel, which I found hilarious). Still, it was kinda cool to be singing along with the entire stadium and I liked seeing all these teens dancing with their friends, all clearly proud of who they are (there were a lot of pride flags throughout, guys in some killer makeup, and just a general mix of amazing misfits like I used to be in high school). 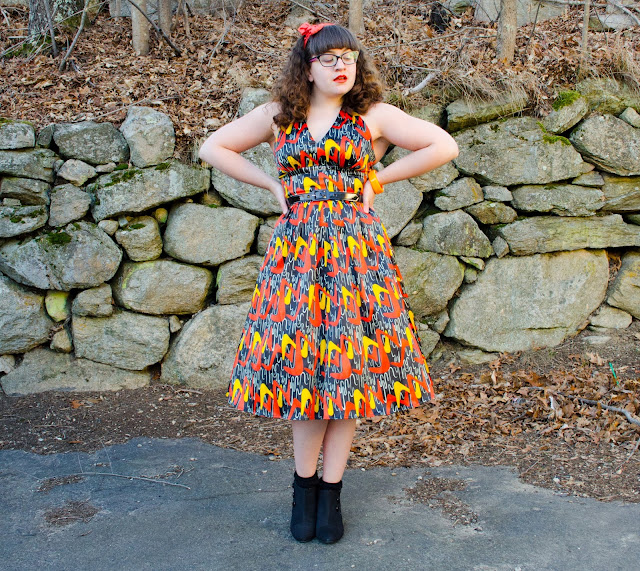 There was also a slight competitive vibe - I knew all these tweens and ladies wanted the same man I did. I just hoped someone let them know that it was me Brendon was really after. I would have hated to disappoint them, ya know? 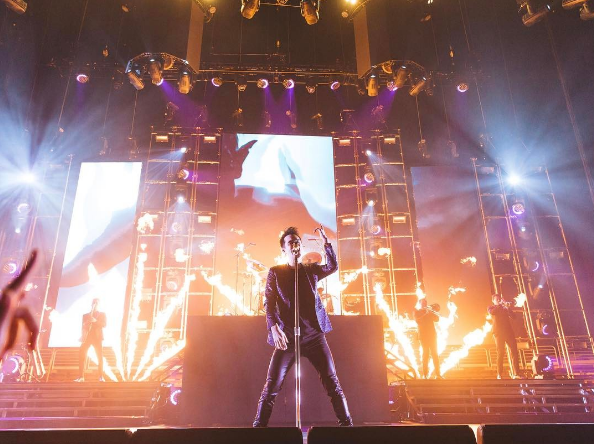 Okay, okay, so he never spotted me in the crowd, brought me down to the stage, held me close as he crooned into the microphone, and fell madly in love with me.

But, you know, a girl can dream. 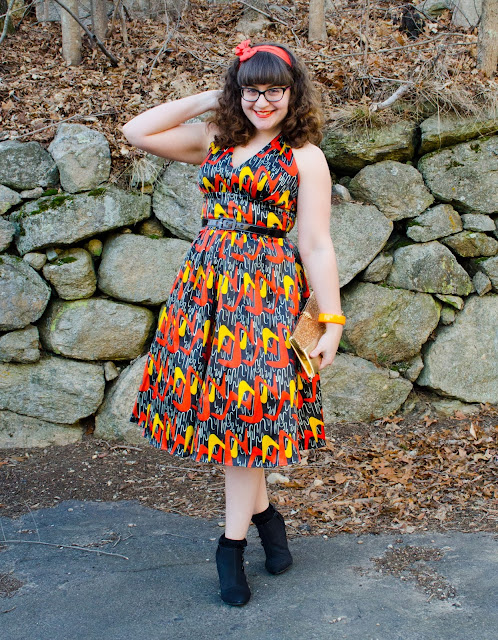 One more thing: did you know that I have a Facebook page? I do! Stay up to date on my weekly posts as well as other fun things I share there by visiting and hitting "like." I won't spam your news feed with a bajillion posts, I promise ;)