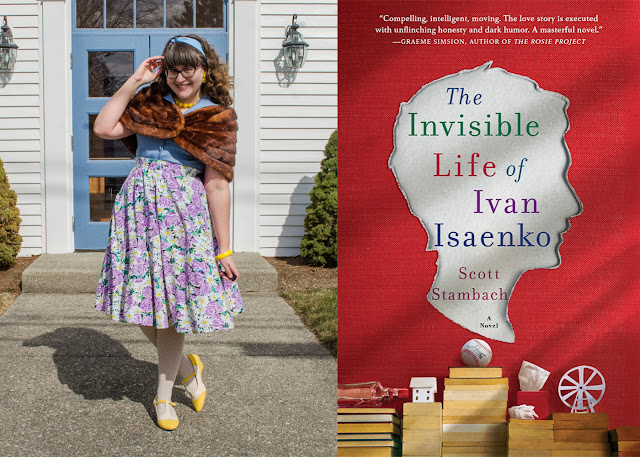 It's the third Thursday of the month and that means I am bringing you another installment of the BBRBF Book Club! This month's read? The Invisible Life of Ivan Isaenko by Scott Stambach. 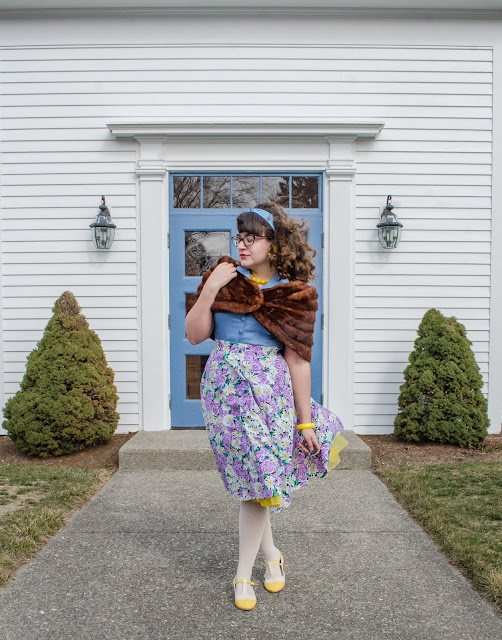 Be sure to keep an eye on the other club members' blogs for their thoughts and inspired outfits: Helene from Circle Skirts and Petticoats, Kat from The Miss Information Blog, Kristina from Eyre Effect, Noelle from The Classy Junk,  Laci Fay, and Justyna from Hazel & Honey! 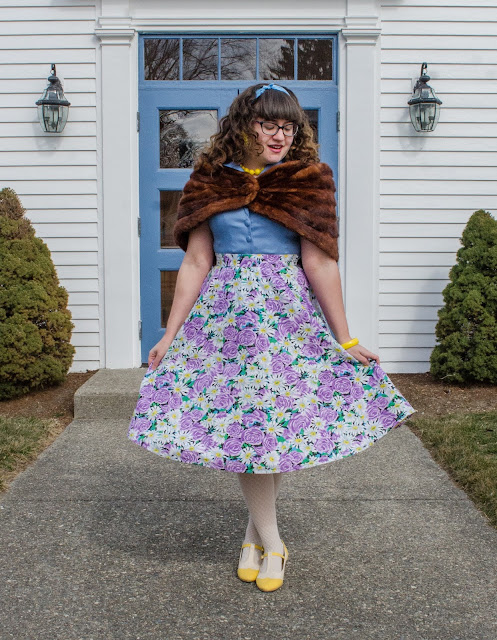 Oh gosh, where do I even begin with Ivan?? A heavy story, The Invisible Life...is about a boy, Ivan, growing up in the Mazyr Hospital for Gravely Ill Children, which, in reality, is more like an asylum for unwanted children or orphaned children with disabilities/disfigurements/diseases. 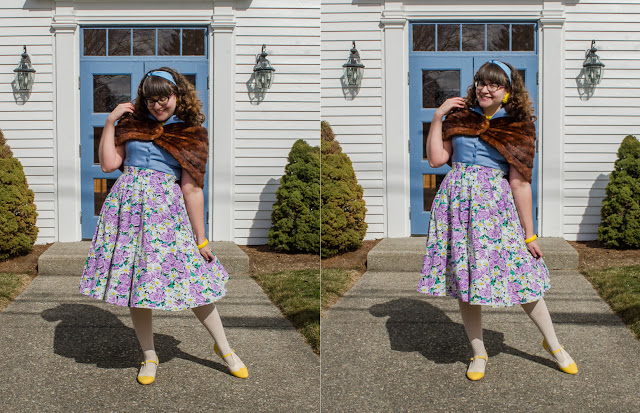 Ivan is missing three limbs and only has three fingers on the one arm he has. Despite this, he is quite the snarky, sarcastic, and challenging fella. He drives the nurses crazy by slipping into pretend comas, challenges every rule given to him, and essentially has creative ways to entertain himself while living in such a boring, sad, and mundane establishment. It's when he meets Polina, a girl with leukemia and not long to live, that there's finally some genuine excitement added to his mundane routine. It's a rocky start, but a friendship forms between the two. It's awkward, it's weird, and Ivan has no idea how to be someone's friend, but somehow it works. 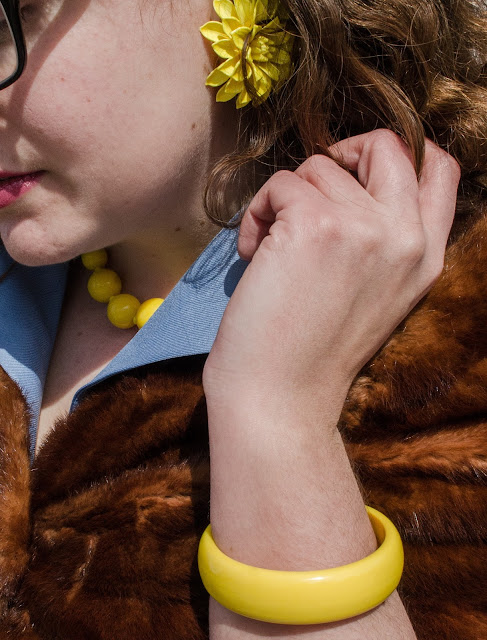 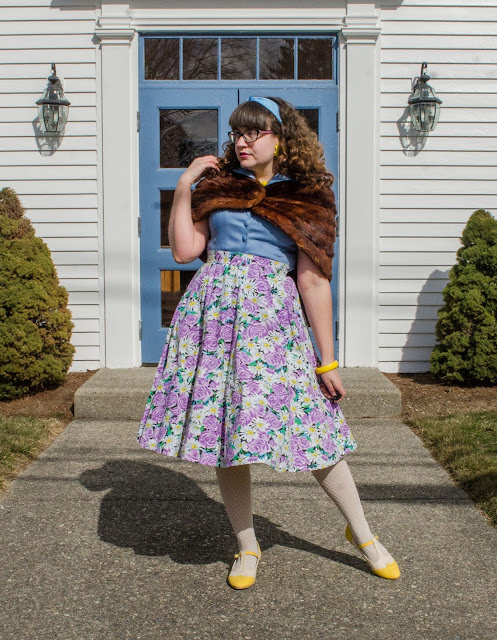 I have to admit, the farther on and sadder the story got, the better it got. Ivan goes from being this gruff, rough, and, frankly, disgusting, young man to a strong, caring, thoughtful, and supportive friend to Polina on her roughest days. I loved him for it. I loved their story, even though I knew it would end sadly and break my heart. 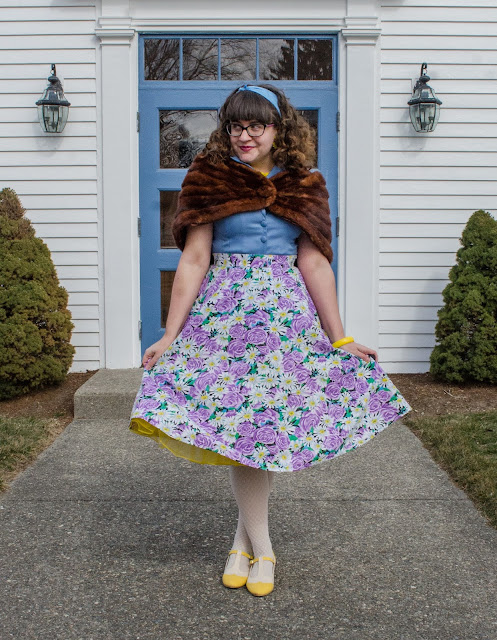 Many people compared this book to The Fault in Our Stars and besides the detail of both heroines being terminally ill, I don't see it. I find Ivan's story so unique despite it's trite basic plot of boy meets sick girl. It is written so well and his narrative is disturbingly raw and real, totally not what you'd get from a Nicholas Sparks/John Green novel. 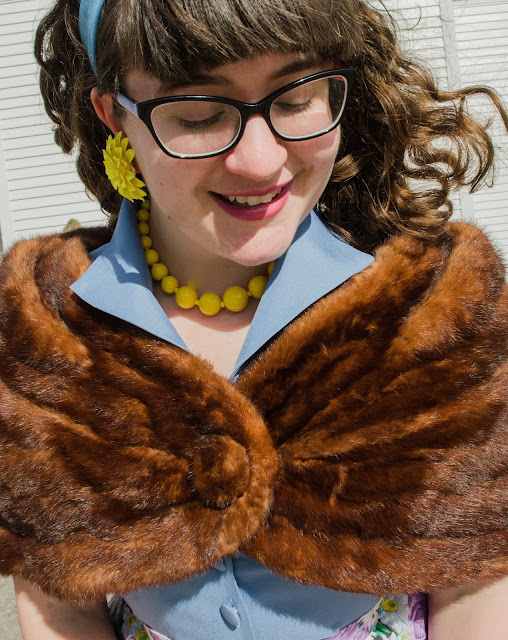 For my inspired outfit, I decided to embody a character that wasn't even real! For part of the book, Ivan has an imaginary mother, who appears in his mind when he is emotionally distraught to fill the void he has due to not knowing who his mother is. 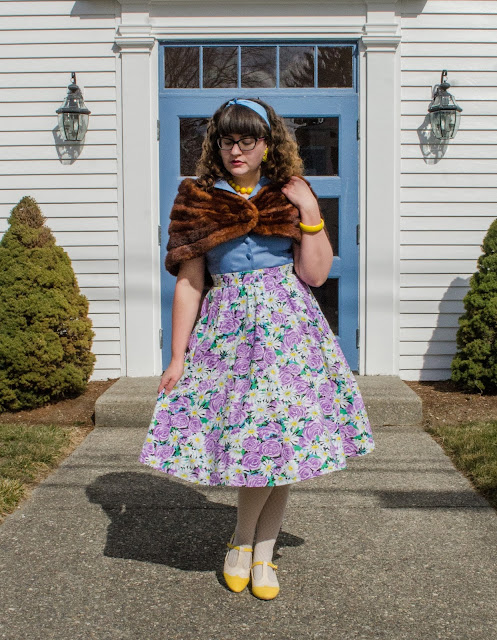 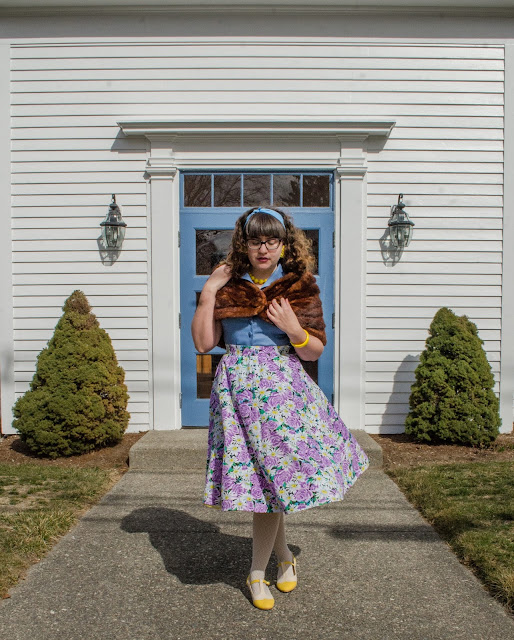 The way she is written reminded me so much of the stereotypical housewives/mothers who have a strict routine everyday to manage the house and get the kids to and from school all while lunching with the ladies or having tea at the Waldorf in-between their daily errands. You know, the Betty Drapers of the day. 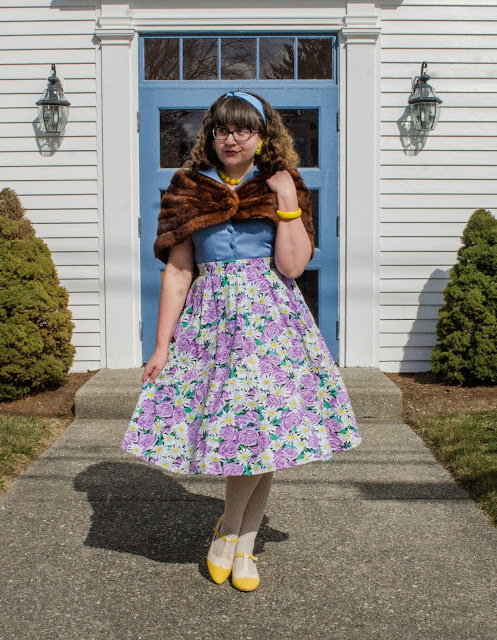 So I decided to put together a glamorous and vintage housewife look for this review. It gave me a reason to wear this vintage fur I found while thrifting a couple weeks ago! After watching both Kristina and Hannah's YouTube videos of the thrift exchange they took part in, I was dying to go thrifting. 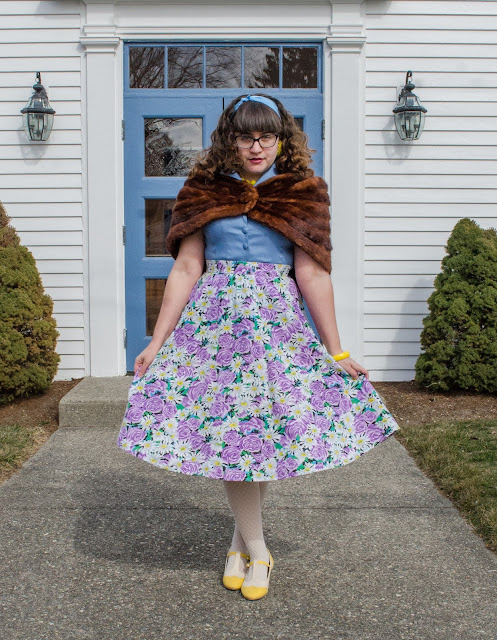 So I did! I went to two shops in a nearby town (that happened to be practically next door to each other) and didn't find too much to write home about but this fur was definitely the highlight. It's in perfect condition, the label even has the store's old address (I grew up near Worcester so it's even cooler to see the shop was in a town near me!), and it's comfy and warm to boot! 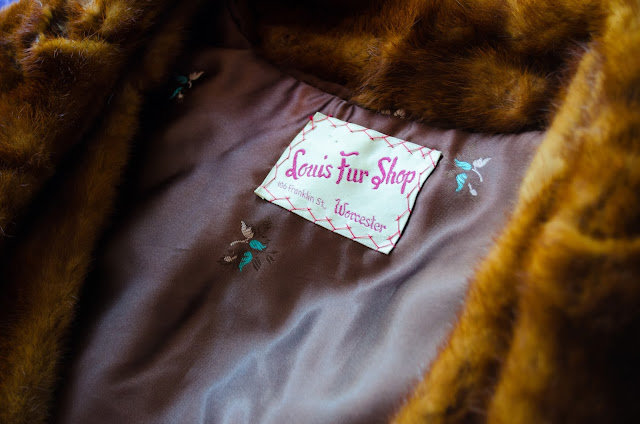 Awesome side note: I showed my Bubbie the fur and label and she knew EXACTLY where the shop was (she has always lived in Worcester) and remembers it when it was open for business (she even knew the owner's full name!). She was beside herself when I told her I had found the fur for $20 thrifting.

I am not a big fur gal so I'm not sure how much wear it'll get but it was just so lovely, I had to snag it. Plus, Kristina pointed out that I could always send it her way for proper wear if I felt it would go unworn in my closet. Hmm, I see what she did there... 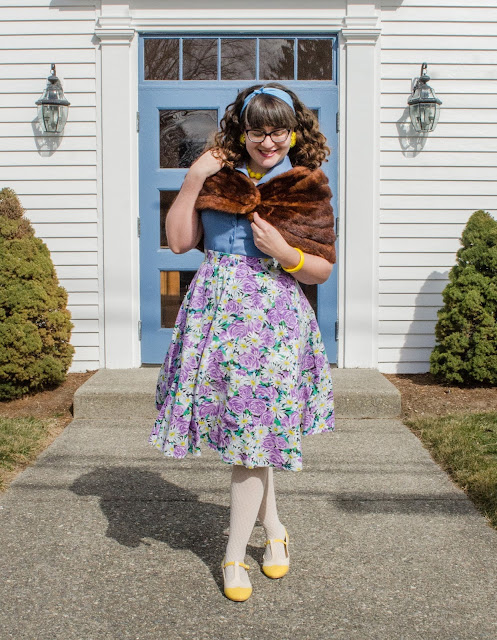 Have you read The Invisible Life of Ivan Isaenko? What did you think?

Next month, we're tackling The Secret History of Wonder Woman by Jill Lepore! Feel free to read along and if you're a blogger and want to join our fun, let me know! We love our growing little club!