The Art of the Teese: Date Night with Dita Von Teese 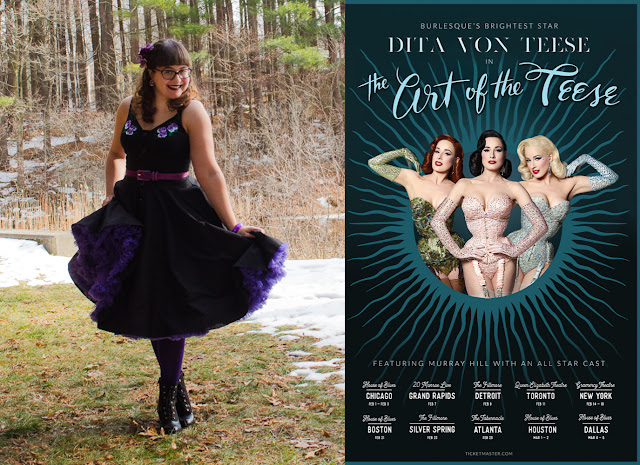 Back in September, Dita Von Teese tickets went on sale for her "Art of the Teese" tour in the states. Knowing it'd be a brilliant show and knowing how much I've started to enjoy burlesque shows, I immediately grabbed two tickets and told Cody we'd be going. 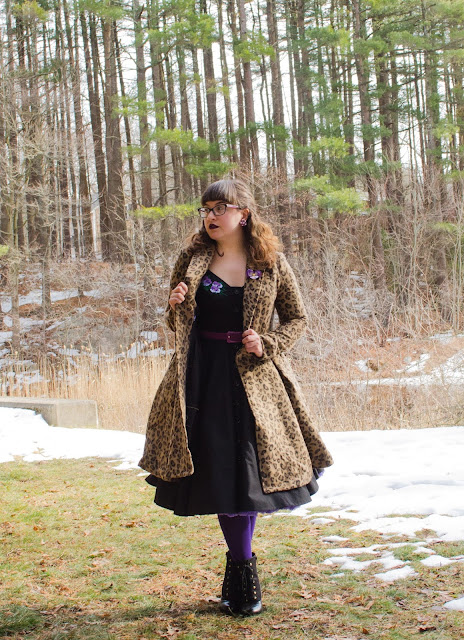 He didn't have much of an opinion at first (I think his first response was a hesitant "...okay") so I just told him that it was a burlesque show and not to worry about it. 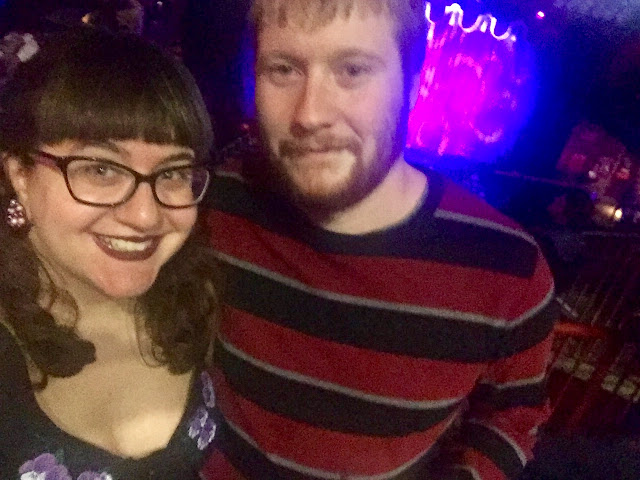 Fast forward to the present time! One week after Valentine's Day, this past Tuesday, it was finally time to see the queen herself. Cody had long since forgotten of our plans to go (typical) and didn't seem too thrilled when he recalled the tickets, but after gently reminding him of who we were seeing, we made a night out of it - a post-Valentine's Day celebration. 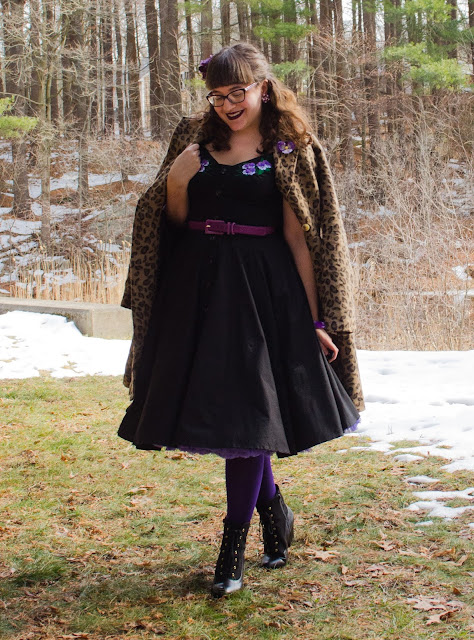 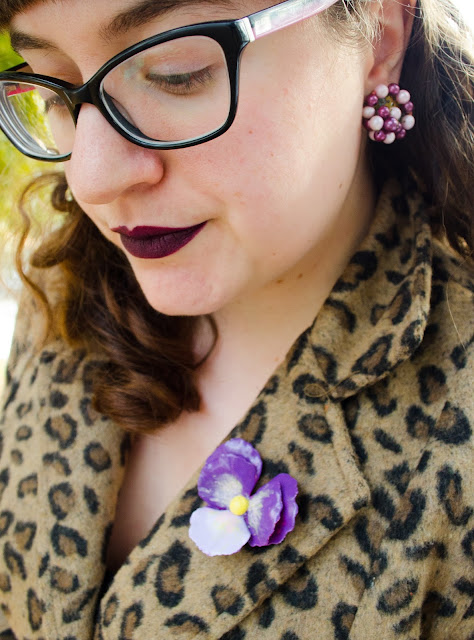 I mean, I'm taking him to see scantily clad women dancing all sexy-like on stage. Why would he ever be opposed to that? 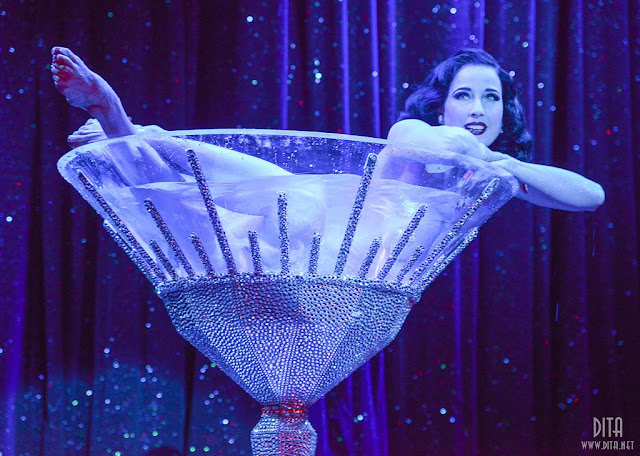 We grabbed dinner first at one of my new favorite spots, Tasty Burger (thanks to my girl, Jen, from Dressing with Class, for turning me onto it!) and then parked ourselves in our semi-decent seats in the House of Blues Boston. 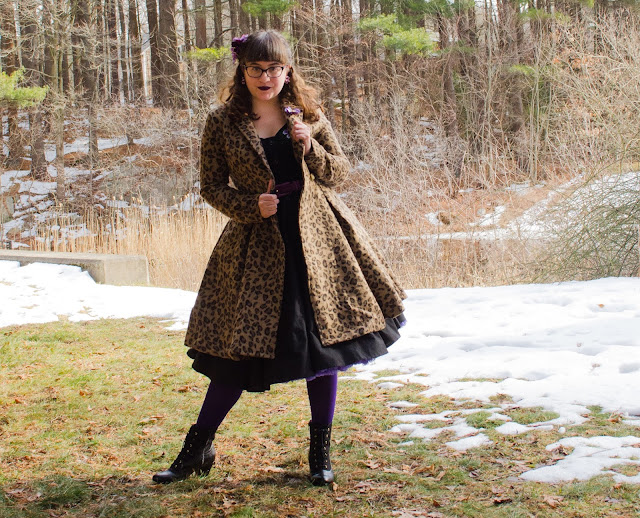 I like HoB a lot for shows - it's not too big so anywhere you stand or sit is a decent spot. Although, it's more of a standing venue than sitting so it can be a bit of a hassle. Recently, I saw Tegan and Sara there with Red and I felt SO old and lame because I was over standing among the tweens after the opening act was done. Guess I am not young and hip and willing to stand all night at a show anymore! 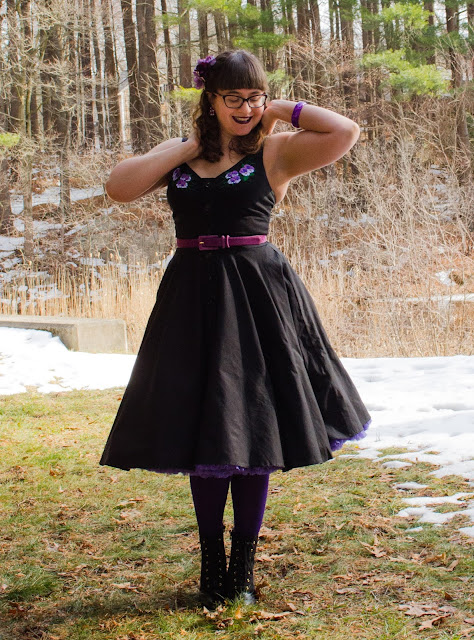 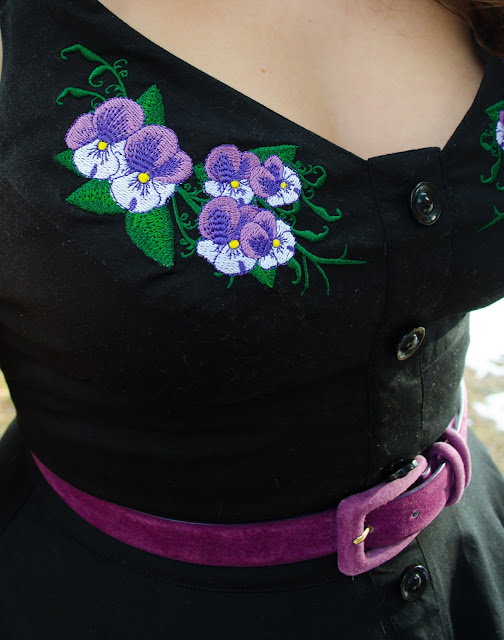 Luckily, there were some areas with seating offered for Dita. I daydreamed about getting a table on the floor but they were all sold out. We managed to grab seats on the balcony, which I almost prefer. I far prefer the view from above, where I can see everything, rather than be on the floor or in standing room only where I am constantly battling the crowds to see (being 5'2", I am ALWAYS struggling to see over people's heads). 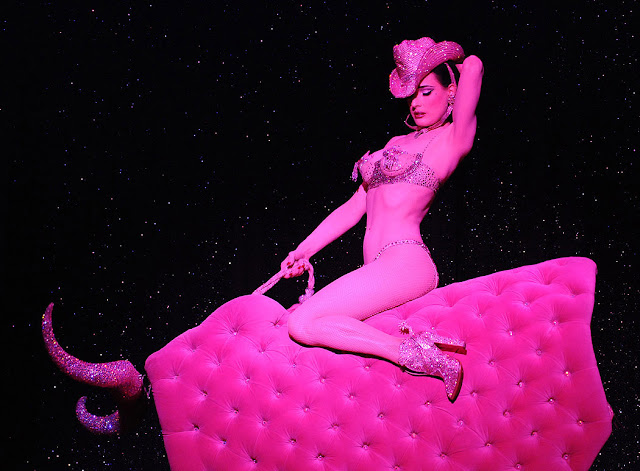 I decided to wear my recently scored leopard print coat over a black Hell Bunny dress that I haven't worn since Labor Day weekend. It's not that I don't like it. It just has the most beautiful embroidered flowers along the neckline and I'd hate to have to cover them up with a sweater all winter! 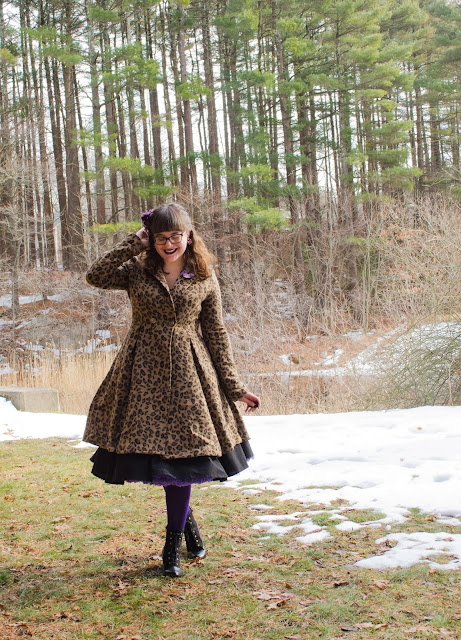 Knowing I'd be warm in the venue, this was the perfect time to break it back out - the coat kept me cozy on our walk to the venue and back to our car and I simply removed it once inside to show off my Hell Bunny and it's perfectly matching petticoat. 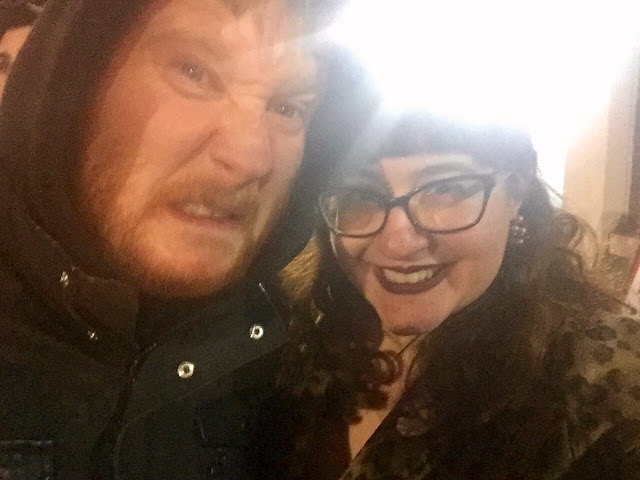 Shivering outside the House of Blues before the show

I must admit some of these photos are courtesy of Google. I didn't get to activate my new iPhone 7 before going to the show but it didn't matter in the end - they were VERY strict about their no photography policy, which is fairly common at burlesque events. 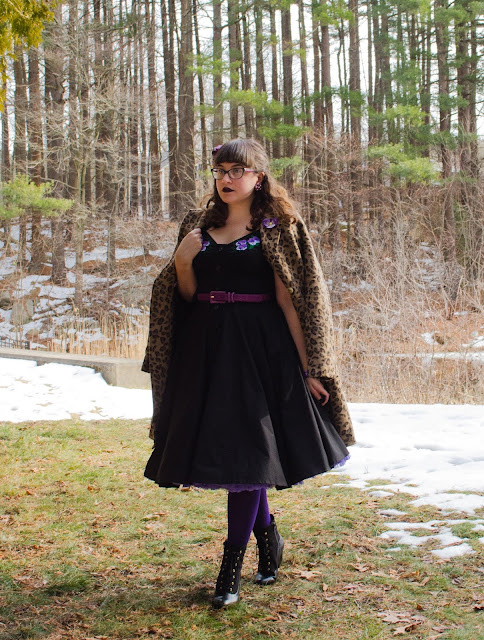 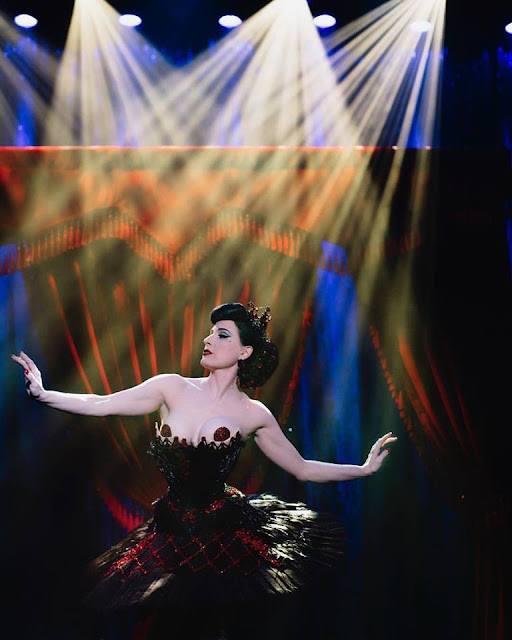 It didn't matter to me that I couldn't take pictures - we were up in the balcony and wouldn't get good ones anyway! We had quite a fun evening up in our box seats. Cody and I made friends with everyone around us (shout out to Erin and Nicole - the loudest and most fun pinup gals I ever spent the night watching scantily clad women with - for the pictures below!) and nearly lost our voices screaming and cheering for the ladies (and men!) on stage. 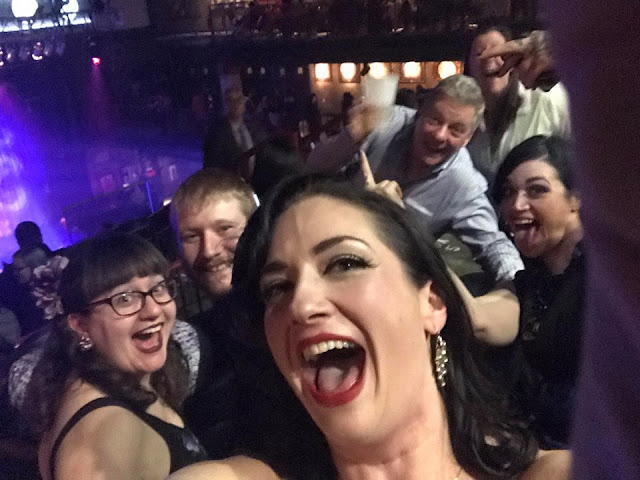 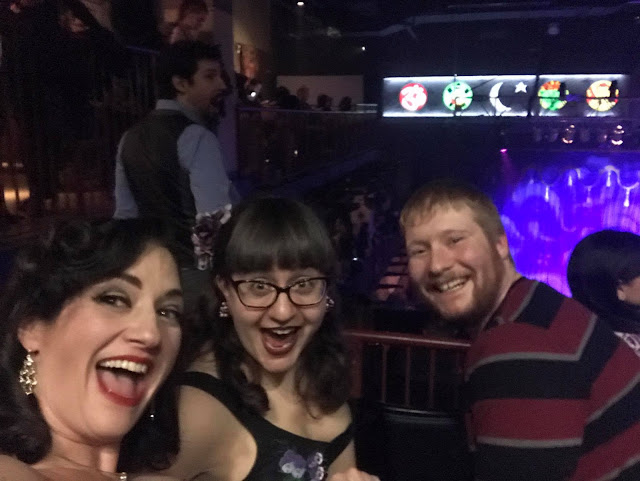 Dita puts on a phenomenal show. This girl is in fantastic shape and knows how to pull you in from the second she appears on stage. Her smile is genuine throughout and damn, she's got SKILLS! The photo above in the red and black tutu was from her act with actual point shoes. She was KILLING it as a burlesque ballerina and was on her toes for nearly the entire number. 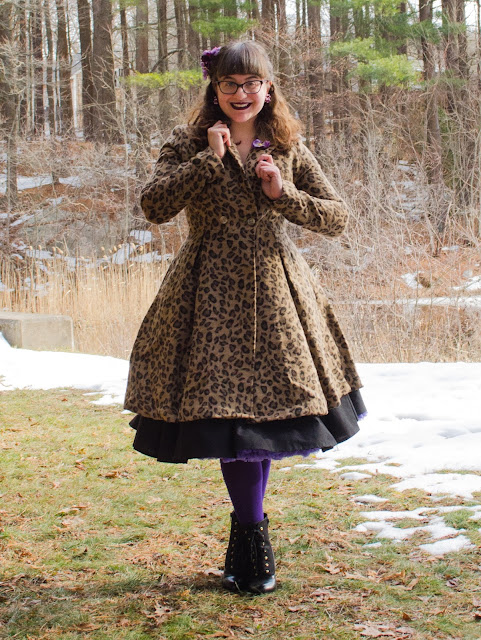 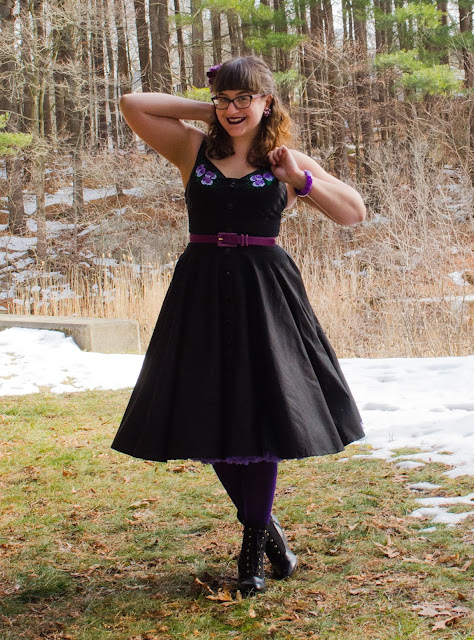 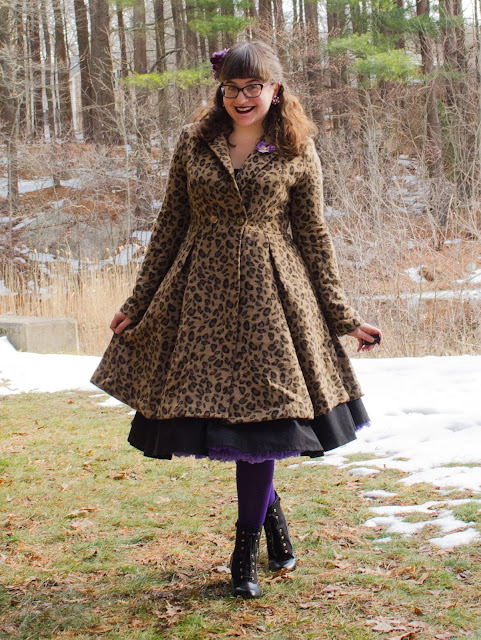 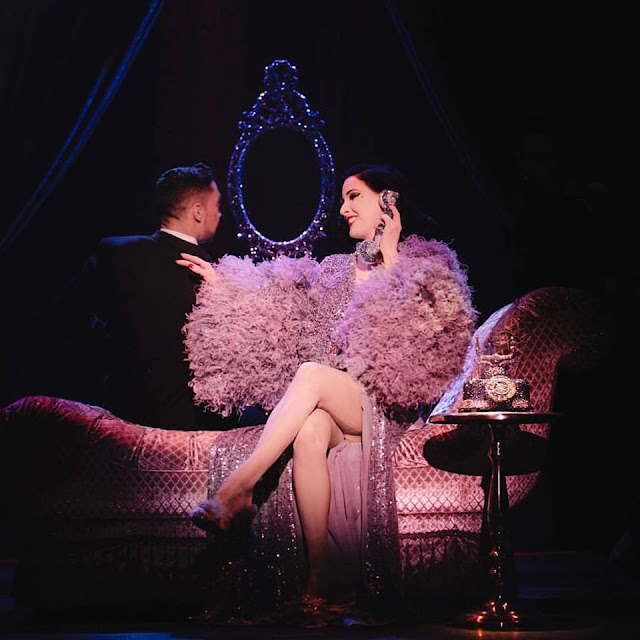 Courtesy of Google Image Search
Posted by SaraLily at 10:00 AM