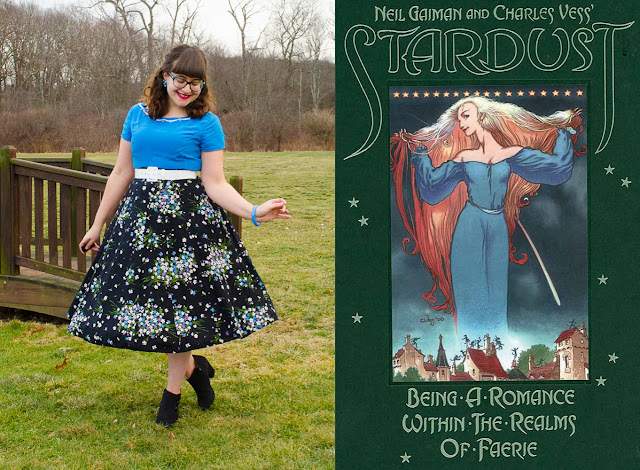 Happy January! It's the first BBRBF Book Club post for 2017! That's pretty exciting for this little club. If you want to join, let one of us know so we can add you to the fun! 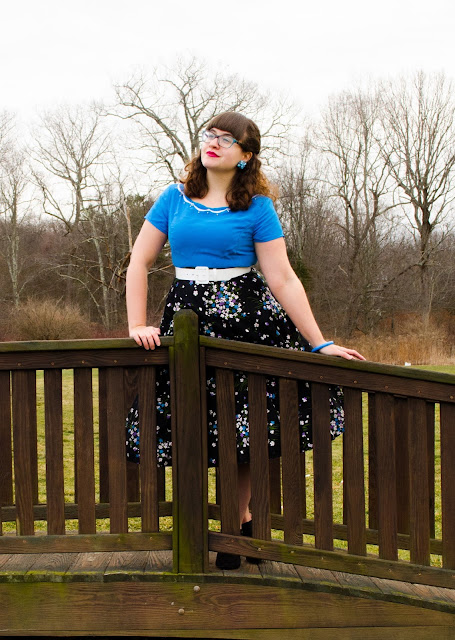 Be sure to keep an eye on the other club members' blogs for their thoughts and inspired outfits: Helene from Circle Skirts and Petticoats, Kat from The Miss Information Blog, Kristina from Eyre Effect, and Noelle from The Classy Junk. 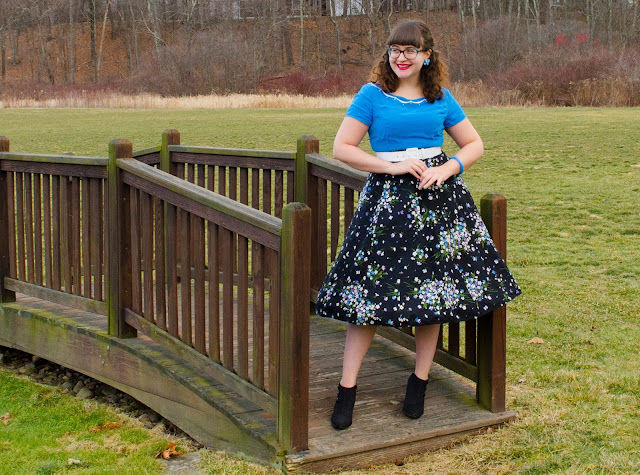 This month we read Stardust by Neil Gaiman, a faerie-filled fantasy novel about just how far a young man will go to gain the approval from the girl of his dreams. In this case, Tristran Thorn promises to fetch a falling star to Victoria. Victoria, probably snort-laughing on the inside at his silliness, lets him go! Adventures and challenges ensue from there for Tristran. 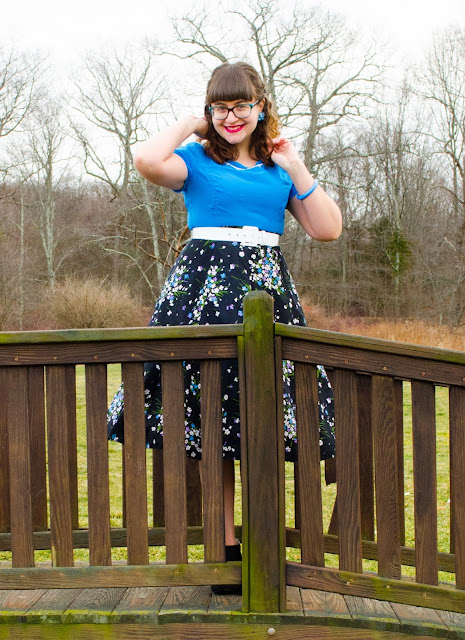 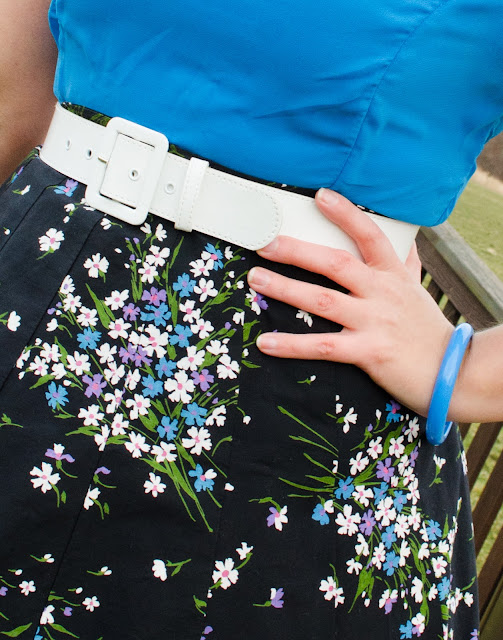 I was surprised to find that Tristran finds the star pretty easily considering I wasn't halfway through the book yet, and he discovers that the star is a girl and not an actual star. He chains her to his wrist and starts the trek back home even though the Star is distraught and has a broken leg. 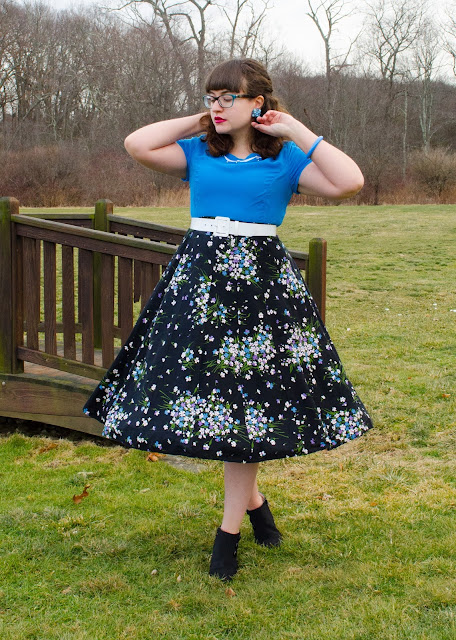 It is when he trusts her enough to leave her alone while he goes into a town for food that I learned the story was not nearly over. She takes off on him on the back of a unicorn (fairy tales, amirite??) and Tristran has to start over in his journey to capture her for Victoria. 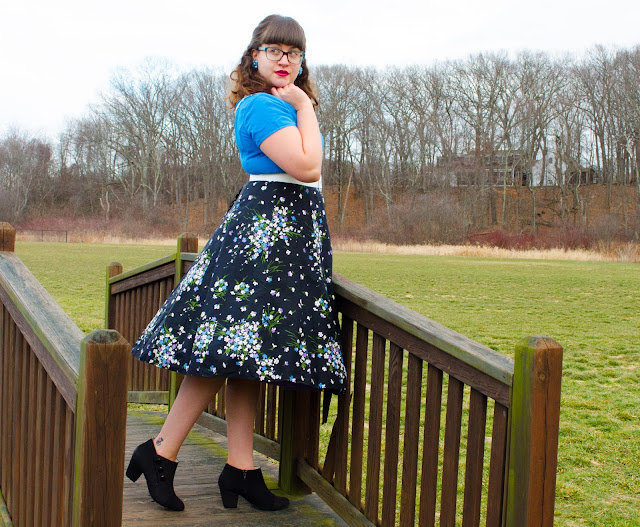 In another twist, Tristran, who was once her captor, becomes her hero. He saves the Star - who we discover is named Yvaine - from a witch's brutal attack on her and her unicorn and because of this brave rescue, Yvaine is now indebted to Tristran. How convenient for him! He doesn't have to chain her anymore or worry about her running off! 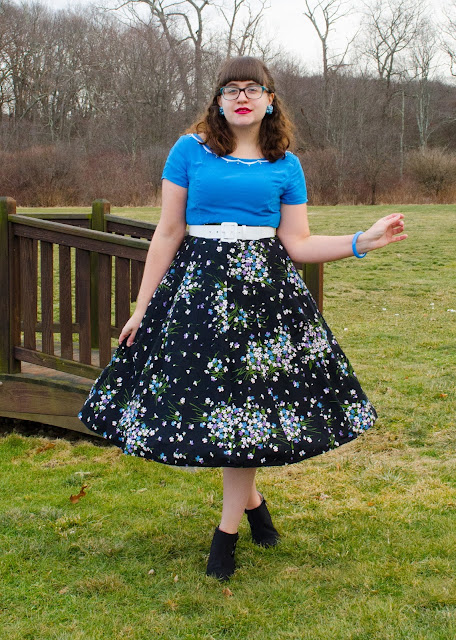 Can you sense my sarcasm? The story up until this point kind of pushed my feminist buttons. Oh a man needs the Star to gain the approval of his crush so who cares that she's a hurt and crying and scared living being with a mind of her own? He doesn't care at all, he needs her. So he just takes what he wants and forces her to go with him without hesitating really. 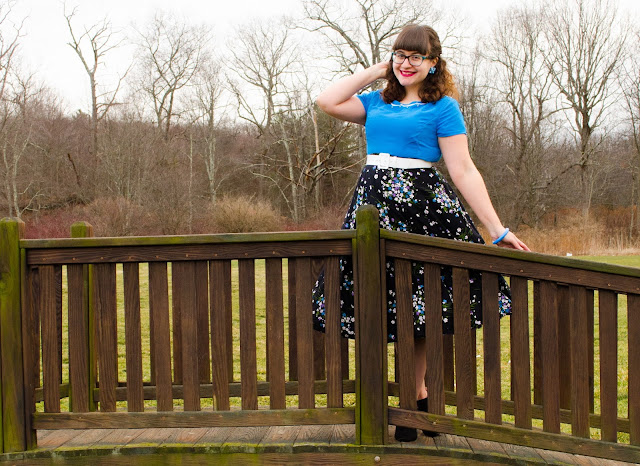 I was almost happy Yvaine took off. I was rooting her on at that point. Then when Tristran finds her again (and saves her life), she's all "crap, now I have to obey you and do as you ask since you saved me." Dang it! Trapped again! So I say again, oh how convenient for Tristran! 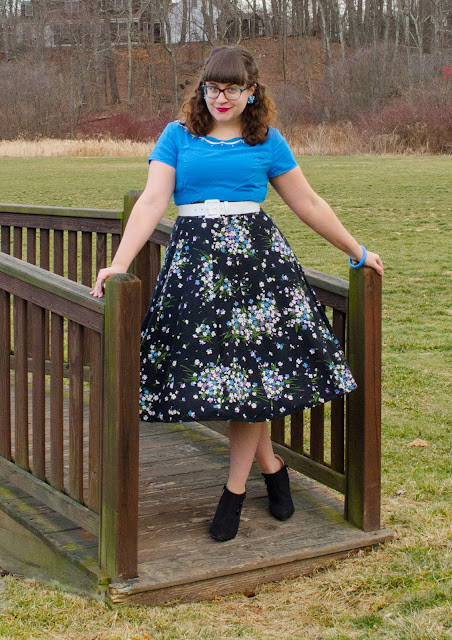 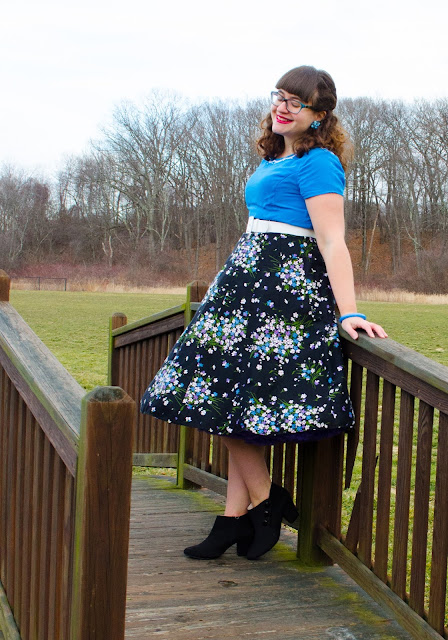 Though I ended up enjoying Stardust much more than anticipated - given I am so not a fantasy fan! - it ended in a pretty cliche way. Tristran finally gets back home to his village with Yvaine, finds Victoria, tells her he found their star, only to discover that this whole time, Victoria has been engaged to another man and didn't take his promise seriously at all in the beginning. Well, gosh darn, Victoria! What the heck? 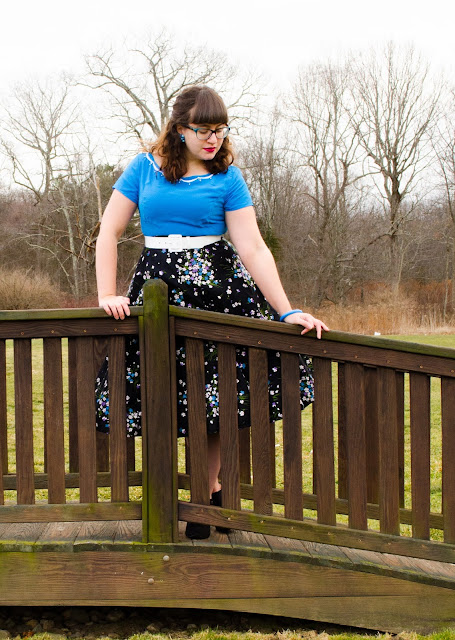 In a twist of fate, Tristran discovers he actually wants Yvaine anyway and lucky for him, Yvaine is also in love with him - even though he kidnapped her and forced her to travel with him solely for his benefit. Hmm...Stockholm Syndrome much? 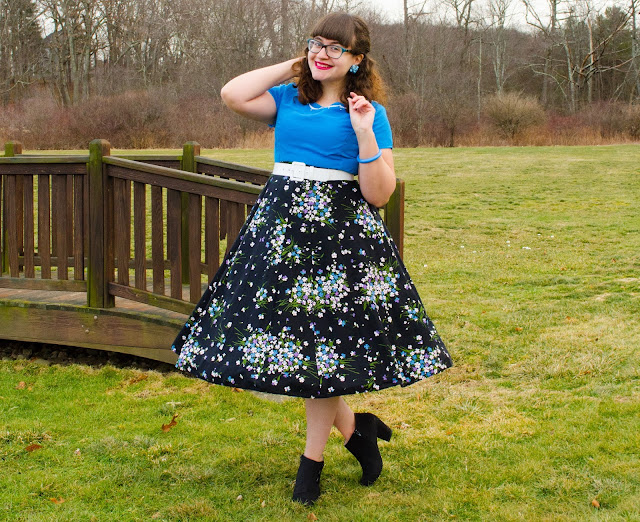 Please don't mistake my sarcasm as a sign of dislike, though. I am just in a plucky mood.  did really like this story. I think it was written well and in a way that even non-fantasy fans could follow it, like me. It also didn't come off TOO fantasy-like somehow - despite the fact that the two rode off on a unicorn's back at one point... 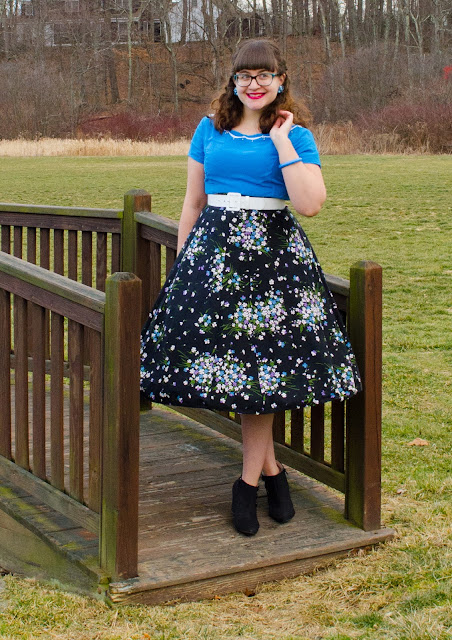 I knew I wanted to wear blue to pay homage to Yvaine's dress. I also wanted to wear something floral to represent the land of Faerie so I decided to wear this vintage floral skirt over this classic ModCloth dress to turn it into a blue top! It's fun finding alternative uses for my wardrobe. Put a skirt over a dress and BOOM! You've got an instant new blouse! Who would have thunk? 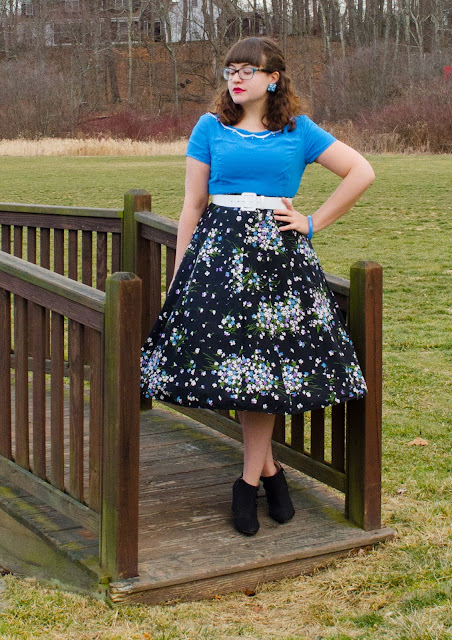 Next month, we are reading The Bette Davis Club by Jane Lotter. I adore Bette Davis so I may be bias in saying I think it's gonna be a goodie!!
Posted by SaraLily at 10:00 AM