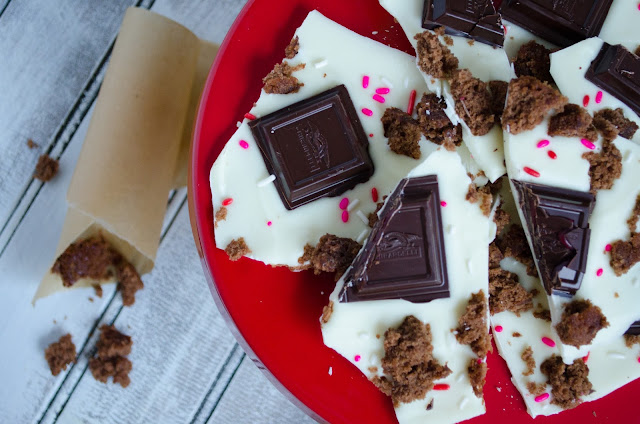 I was going to share this after the holidays but if you're like me, you enjoy giving edible treats as gifts. I love making unique little treats for grandparents' gifts as they often pull the "I don't want anything besides your love and company" line whenever you ask what they'd like for Christmas. So they get treats, those stubborn grannies and grampies. 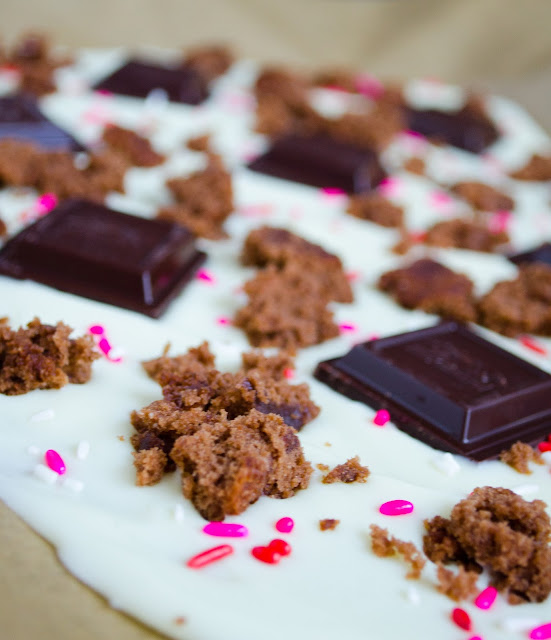 Know what makes a great gift? Bark! No, not the sound the puppers make. Noooo, not the stuff that grows on trees. Chocolate bark! 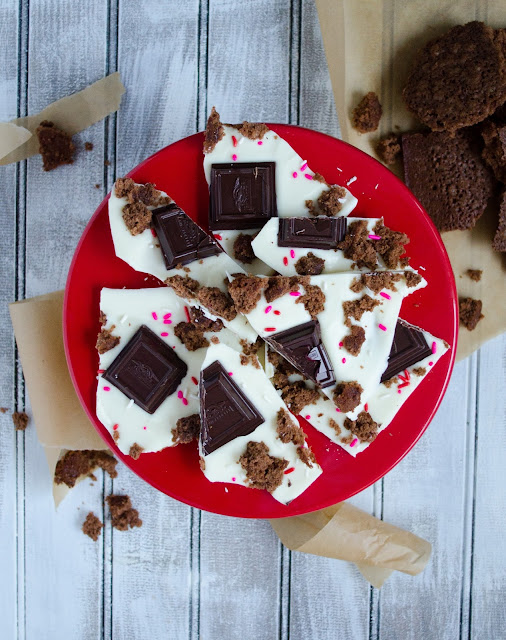 I made a really fun monster bark for Halloween that was covered in M&Ms, candy corn, and candy eyes and it sparked a minor obsession. WHAT ELSE COULD I MAKE INTO A BARK? 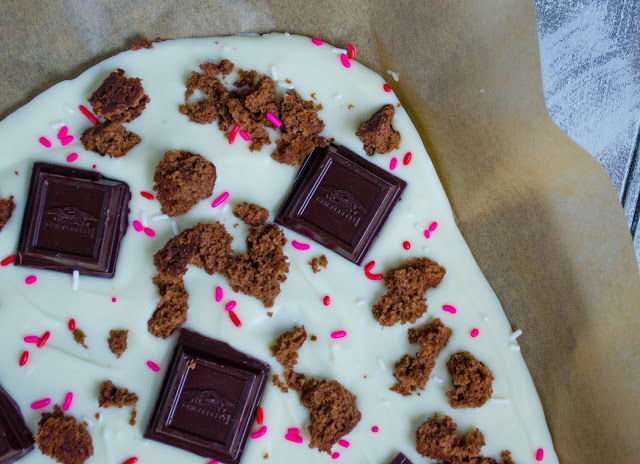 I thought of the obvious contenders - including Oreo, which Cody banned me from doing because, as you know, every treat I create starts with an Oreo - but then wanted to branch out and think of something different. 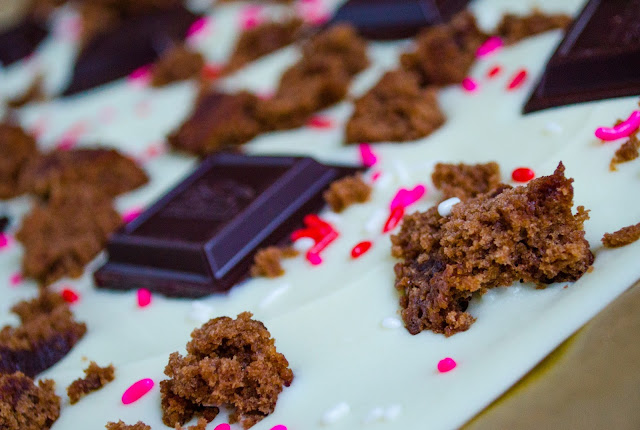 Then I spotted the Ghirardelli candy bars and saw they were on sale. Then I saw my favorite flavor - dark chocolate and raspberry - and threw it into my cart. I did so with the intention to eat it but then wondered how it'd be embedded in some melted chocolate. Hmm what goes really good with raspberry and chocolate? Well, more chocolate. What about...BROWNIES? 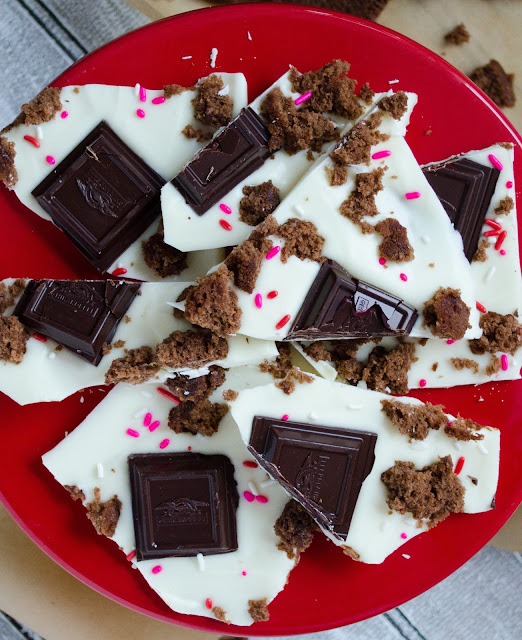 There is really no reason why I went with white chocolate over other chocolates other than it just seemed like the prettier option (I imagine milk chocolate would be amazing but aesthetically not as pleasing). 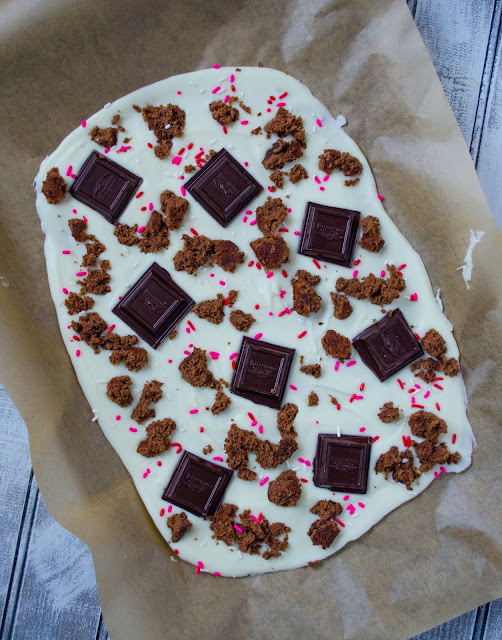 As I made this, I daydreamed about how good this exact bark would be with caramel candy on it instead of raspberry. Mmm and what about some nuts sprinkled throughout? 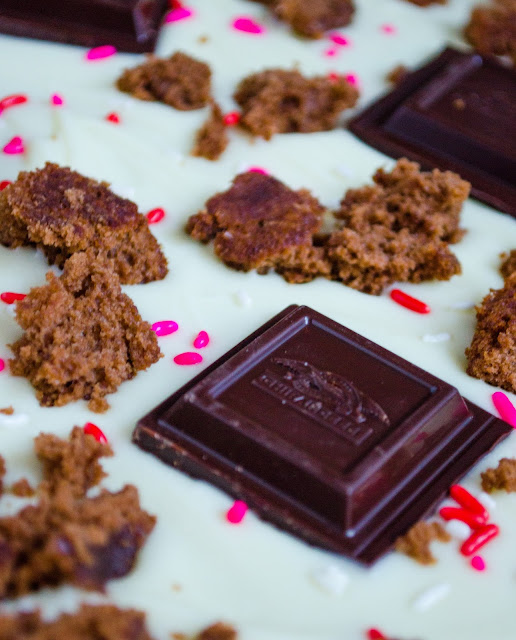 My sweet tooth daydream aside, bark is such an easy treat to whip up. And so versatile! Just pick your base (white, dark, milk...) and throw in some toppings. Don't totally suck at being creative like me and fall back on one of your favorite flavor combos (raspberry and chocolate FTW!). Throw some crushed peppermint down, a variety of nuts, M&Ms or other chocolate candies, or even Reese pieces candy and peanut butter cups together. 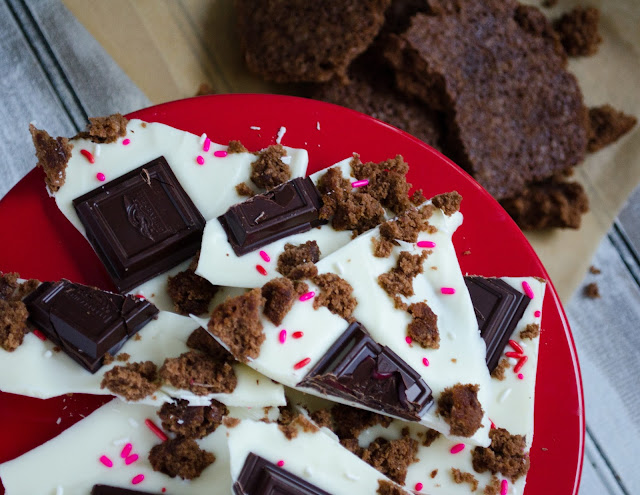 I like making bark because it comes together fast and generally disappears equally as fast. Who can resist chocolate with yummy treats on top? NO ONE, THAT'S WHO! 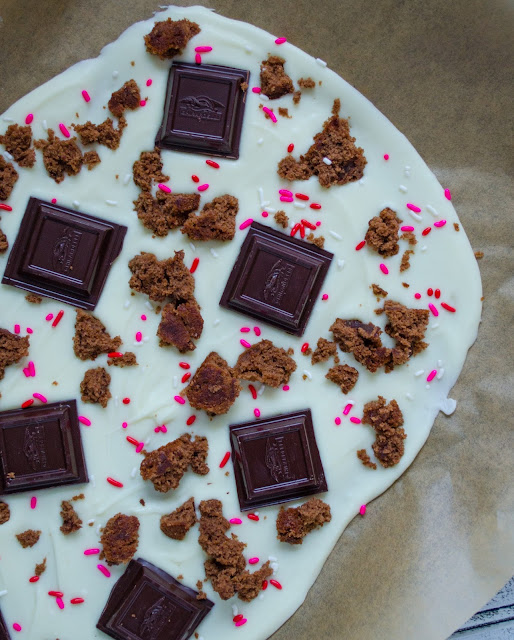 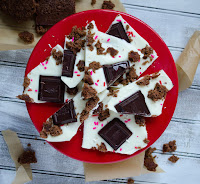