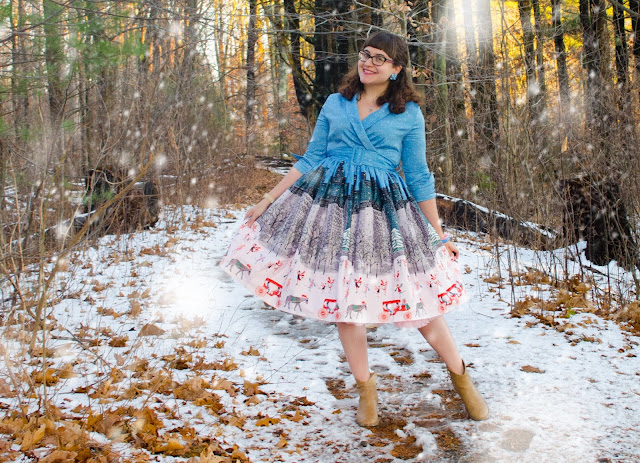 I used to believe I'd be a killer ice skater. I didn't expect to be flipping backward on the ice or anything, but, as a kid, I always fantasized about ice skating and imagined gliding effortlessly across the ice hand in hand with a special someone. Barf, right? 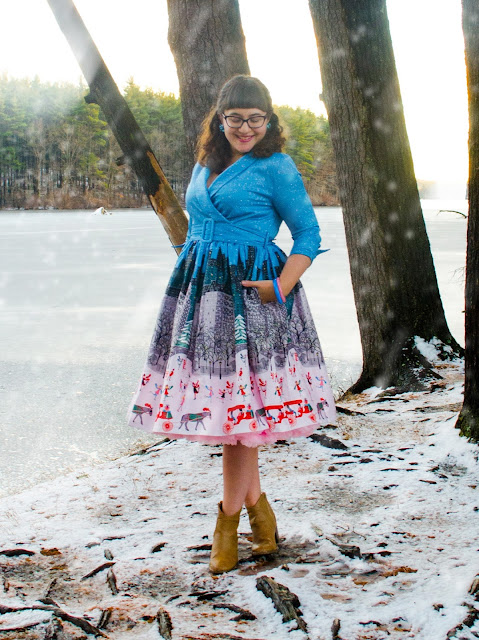 When we were younger, my sisters and I were rollerskating pros. We often had our birthday parties at Skylite, the rollerskating rink in our area. When we first learned, my older sister, Tory, the tomboy that she was, went right for roller blades and shot off full speed while and my younger sister, Emma, and I stuck together and mastered roller skates at a slightly slower pace. We could be found in the back of the rink, taking our time - and possibly holding hands so we wouldn't fall. 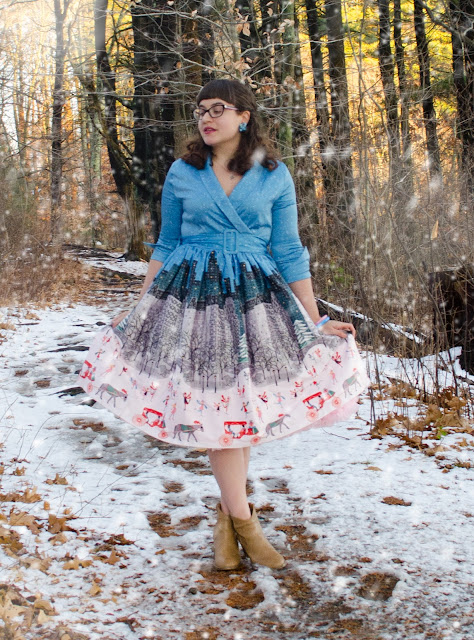 Once we got it down, though, we loved it. We all got roller skates (roller blades for Tory) for Christmas one year. They were Barbie skates, white with pink wheels and had ribbons on them. I have memories of us spending hours in our basement, skating in circles around the stairs with the Spice Girls' first album playing on a crummy stereo my dad had down there. I can smell the basement and feel the roller skates on my feet whenever I hear "Mama" or "Say You'll Be There." We were SO COOL. 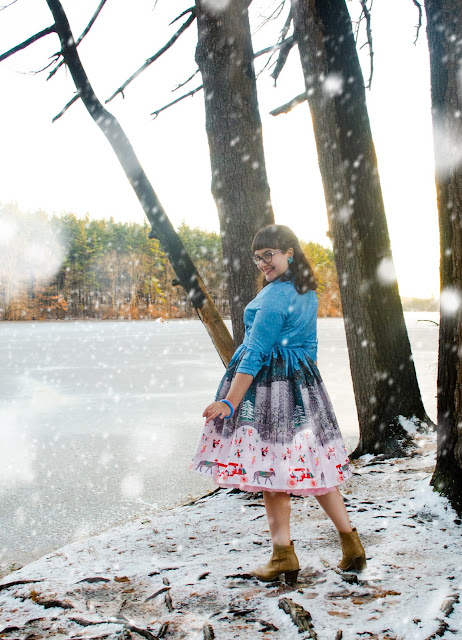 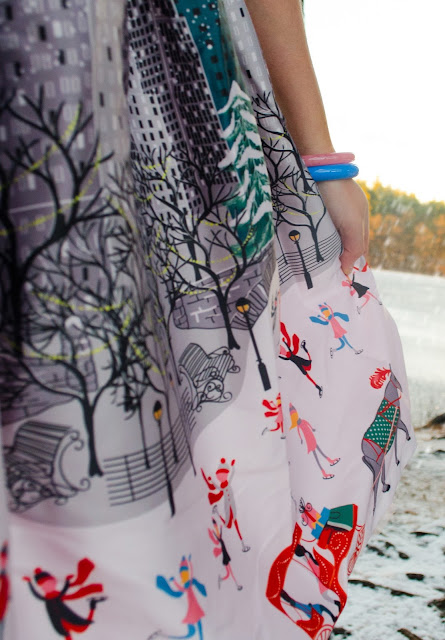 Anyway, since then, I've always just imagined that someday I'd learn to ice skate and it'd be a breeze. 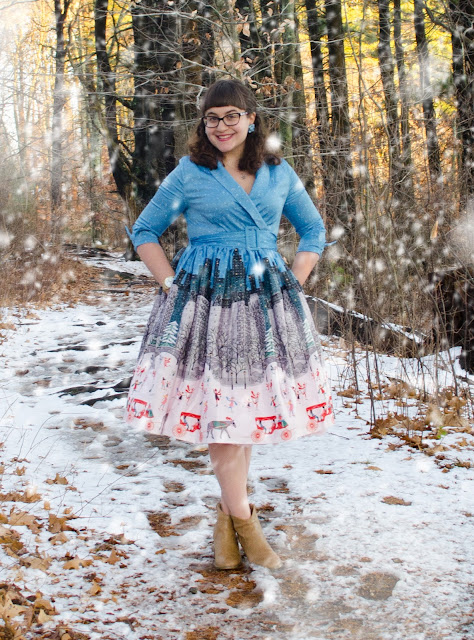 Fast forward to meeting Cody, my big strong hockey lovin' boyfriend who has been ice skating for decades. He invites me to come skating with him on Saturday and I remember thinking, this is it! I am going to finally learn to ice skate and have my fantasy come true! I am going to be such a good ice skater! I've gotta find a cute ice skating outfit... 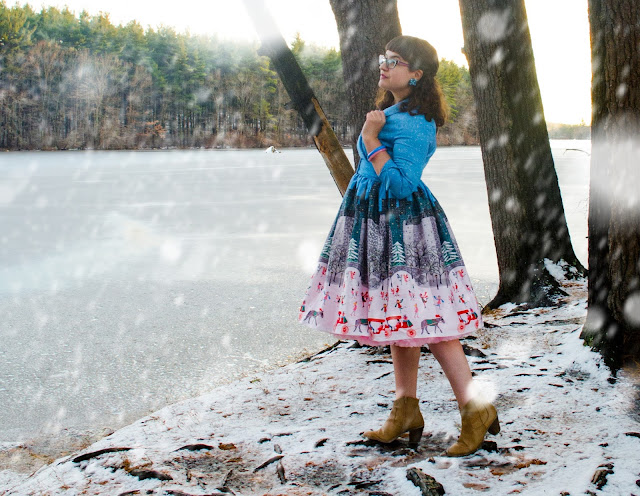 I couldn't have been more wrong, my friends. 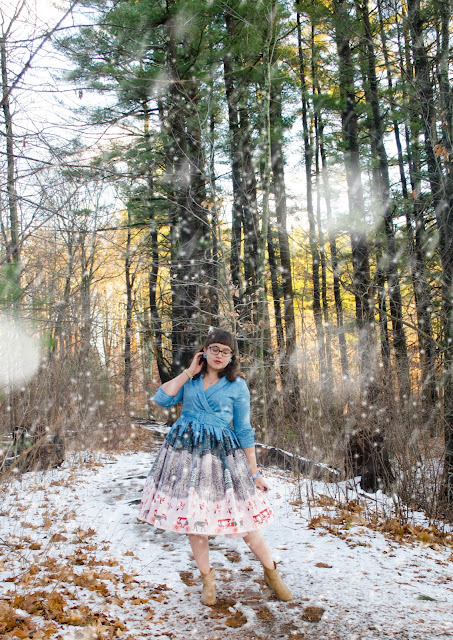 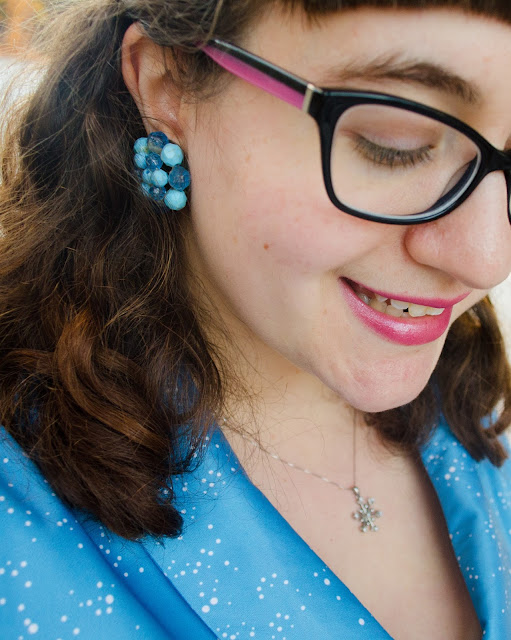 One thing I didn't expect - ice skating is freakin' hard! It shouldn't have surprised me that I struggled with it but it did. As Cody zoomed around the rink effortlessly, I remained rigid and terrified, clinging to the side of the rink, apparently incapable of letting go and letting my skates glide freely on the ice. 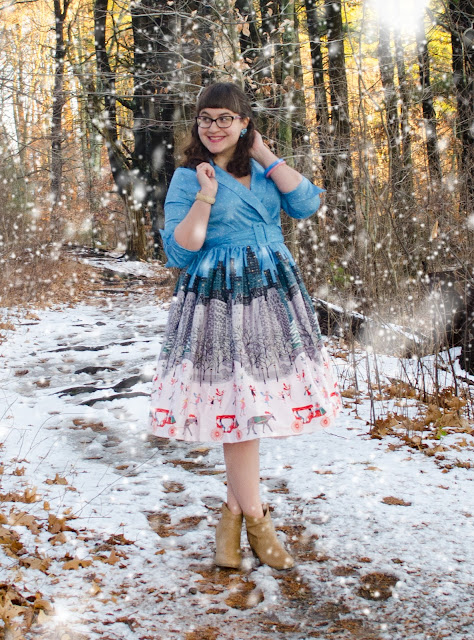 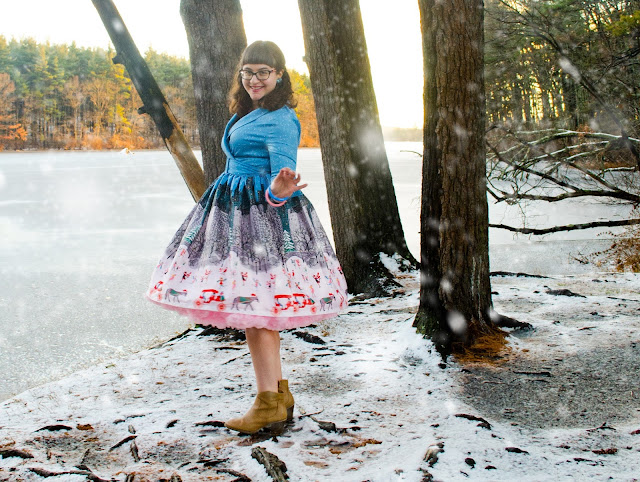 We actually went a few times and I gave it a few tries, hoping to achieve my dream of mastering this wonderfully winter activity. I did get a little better after a few tries and was able to move, oh, about a foot away from the wall but I was only moving as fast as the 7 year old next to me. 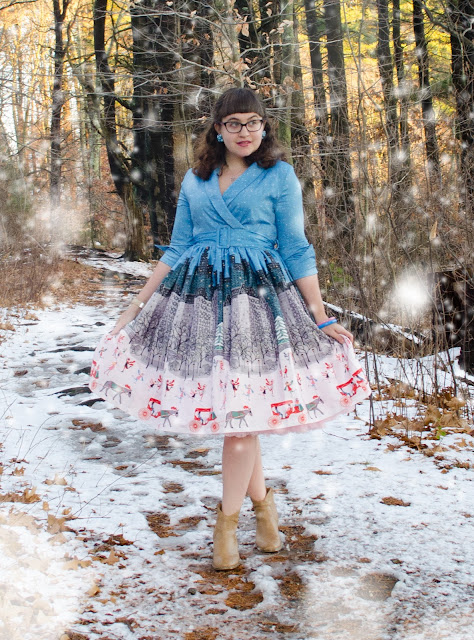 It was when I stumbled (probably literally) upon a dried splatter of blood on the ice that I decided my fantasy of being a ice skating goddess was just not going to happen. 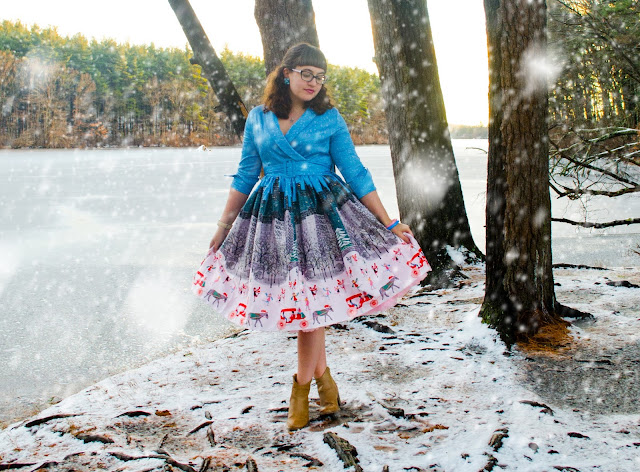 So I did what every control freak thrown out of her element does - I gave up, turned in my skates, got some hot chocolate and a cookie, and watched Cody happily fly around the rink from the bleachers. 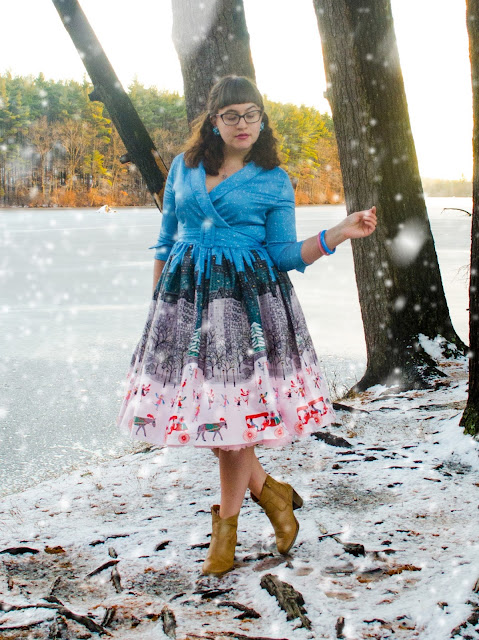 Even though I never mastered ice skating (and breaking young Sara's heart in the process, I am sure), I knew I had to have this winter dress from LindyBop when I saw the preview of it back in the fall. Once it was released, I was all over it. I ordered my usual UK12, knowing the Vivi can be restrictive in the sleeves. Luckily, because this Vivi is made of polyester, there's a bit of give and my arms aren't as restricted as in the past with older Vivi's. 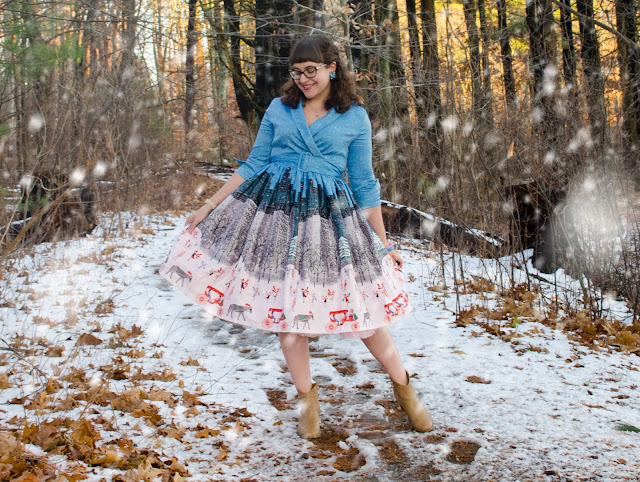 The blue top sprinkled in snow, the ice skaters along the border, and the city scape somewhere in-between were all just too precious to pass up - regardless of the status of my future ice skating career. Sure, I will never be as jolly as these skaters appear to be in my lifetime, but I can still admire the sport from afar and pretend I am the next Nancy Kerrigan in my dreams.

Do you know how to ice skate? Or are you more of an observer like I am?
Posted by SaraLily at 10:00 AM