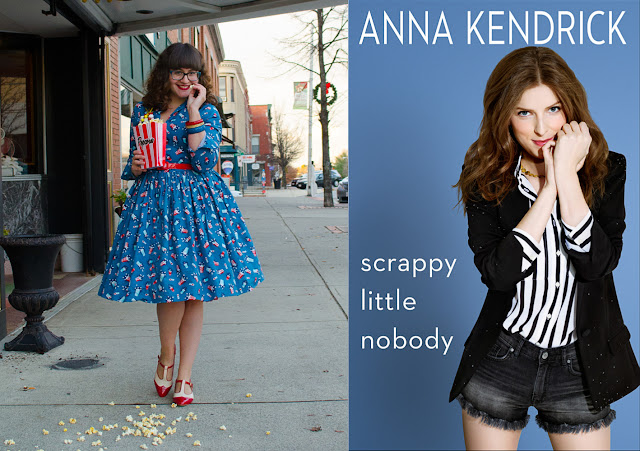 I think I heard about Anna Kendrick's memoir, Scrappy Little Nobody, in late Spring. Then I pre-ordered it in the early summer. Then I waited until the late fall for it to be downloaded onto my Kindle. Needless to say, I was pretty excited to finally read it! 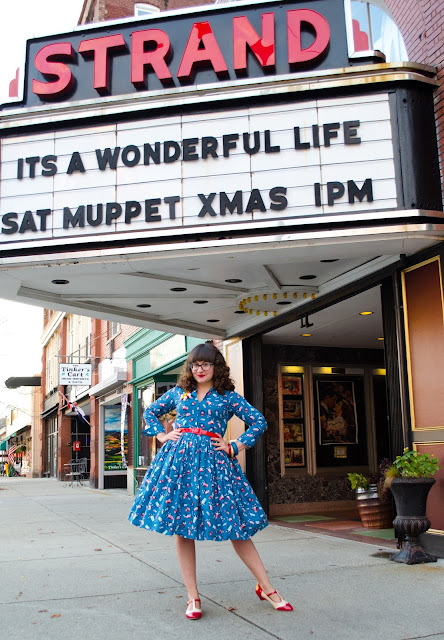 Then the funniest thing happened. A few days before the book came out, I decided to splurge a bit (oh did I!) and do some dress shopping. I got 2 Nicole dresses from Bernie Dexter to beef up my winter wardrobe (because a dress with {well fitting} sleeves is a friend indeed!) and one of them was this Let Me Entertain You print. 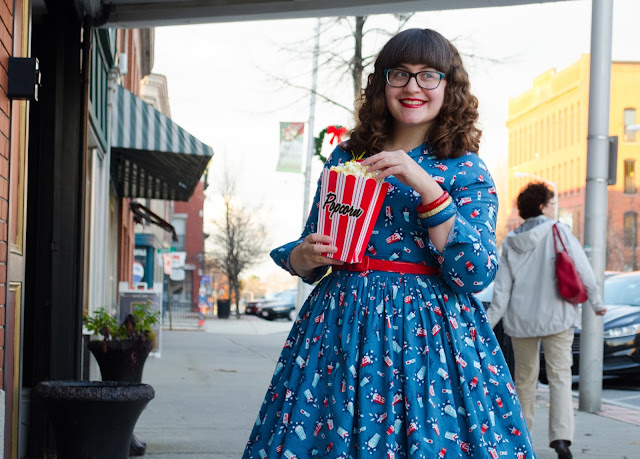 I immediately loved this print for a few reasons - the beautiful blue hue for one, the quirky novelty print for another. Covered in sodas, popcorn, and 3D glasses, this dress just screams fun - and if that doesn't describe 90% of my wardrobe, I don't know what does! 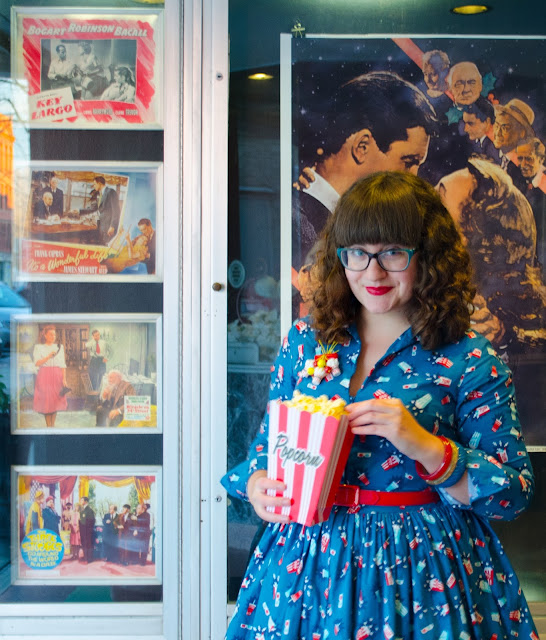 When I started scheduling out my posts for late November and I realized I'd be reviewing Anna Kendrick's book right around the time I'd want to also feature my new Bernie Dexter dress, it was as if fate had stepped in. 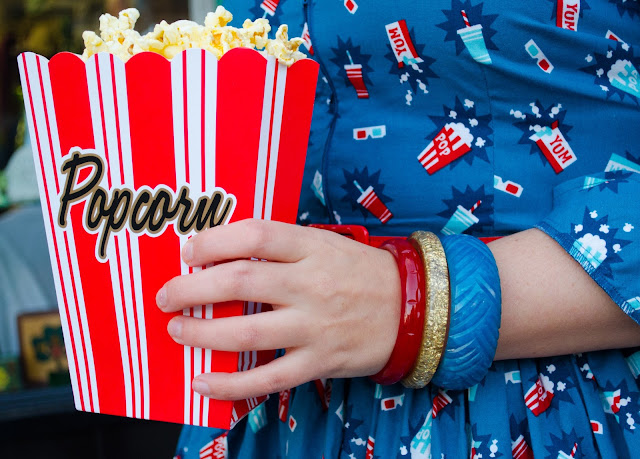 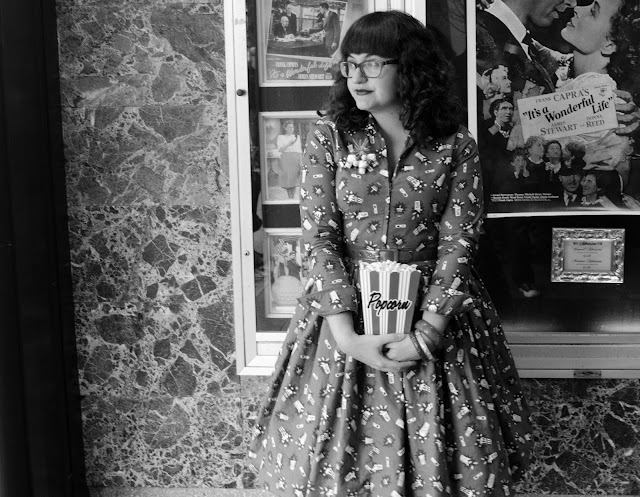 The Let Me Entertain You Nicole dress is THE dress to go along with Scrappy Little Nobody since Anna spent almost her entire life in the performing arts, just wanting a chance to, well, entertain us all. Not to mention that, on the cover, she is posing in front of a backdrop that is almost the exact shade of blue as this dress. COME ON! 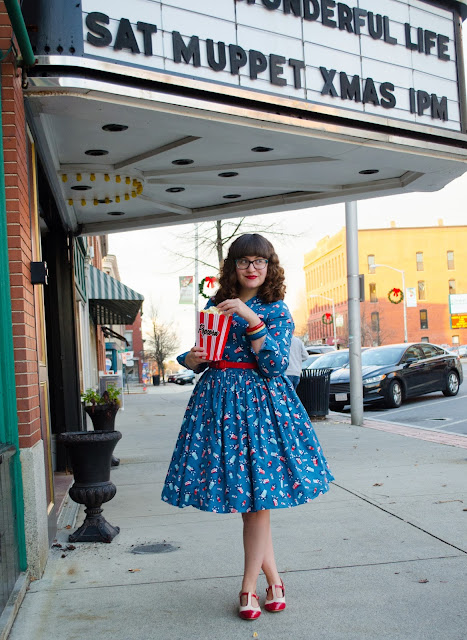 I really couldn't have paired a better outfit for this one, folks! This meant I needed the perfect location, which I found only 30 minutes from where I live. The Strand, in Clinton MA, originally opened in 1924 as a movie theater slash burlesque venue! It closed in the 70's but was then renovated and re-opened in 1995, with most of its original furnishings and details left untouched. 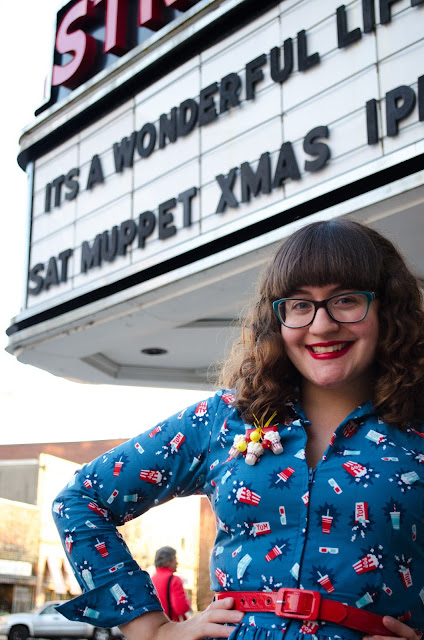 Before I dive into the book, first I want to dish on this dress. Like the Kelly, this Bernie zips in front (I think this is how I want ALL my dresses now, mmmkay?), and is super comfy and flattering because of it (no gaping between buttons! Wooo!). I held back no buying this style for a long time in fear of the sleeves being SUPER slim and tight on my chubby uppers but after many gals reported back saying they were roomy, I felt better going for it (because, let's face it - these dresses aren't cheap - I wanna be 100% comfortable in them so I can wear them all the time!). 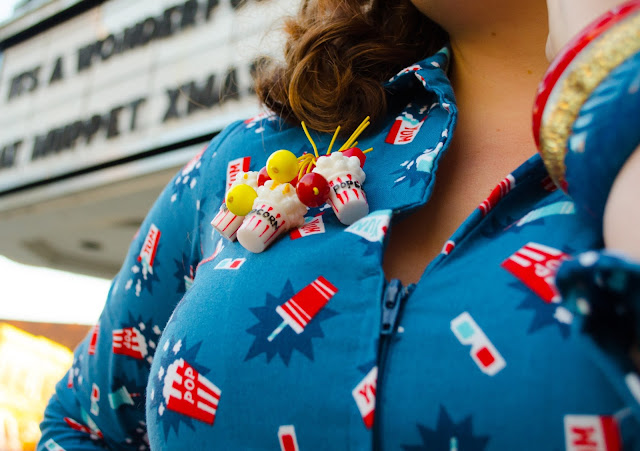 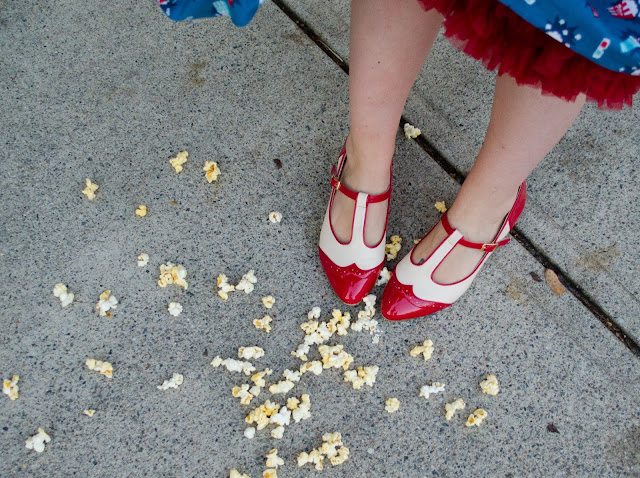 I am glad I did - the sleeves aren't restrictive at all and the dress itself fits perfectly - just as my other Bernie's do. Like the Kelly, I sized up and ordered a large. I do this sometimes with Bernie dresses because I fall between sizes so getting the large lets me be more comfortable. Then, because the large is just a smidge to big, I simply shrink it a bit in the dryer after its first wash and it shrinks the cotton JUST enough to give me the perfect fit. 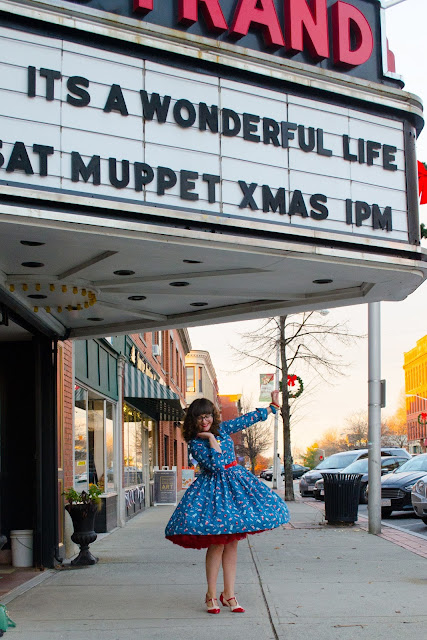 However, I decided not to shrink the Nicole dresses. While there is a little room in the bust and waist, the sleeves are PERFECT and I don't want to risk those shrinking too much. I want them to remain just the way they are now - super comfortable and chic! 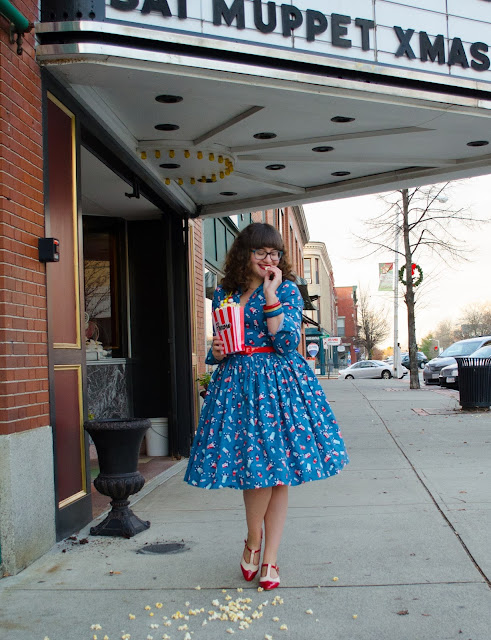 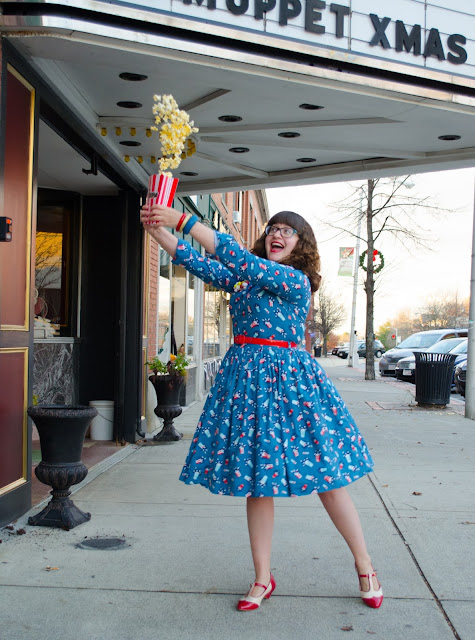 As for Miss Kendrick's book, it was just as entertaining and hilarious as I imagined it would be! She is a self proclaimed weirdo, calls herself crazy any chance she gets, and I love her for it! One relate-able piece had to do with high school wardrobes/fads. To mock her classmates, she shoplifted an Abercrombie & Fitch shirt and wrote "Am I Popular Yet" across the chest. If high school Sara read this, she would have cheered in camaraderie. 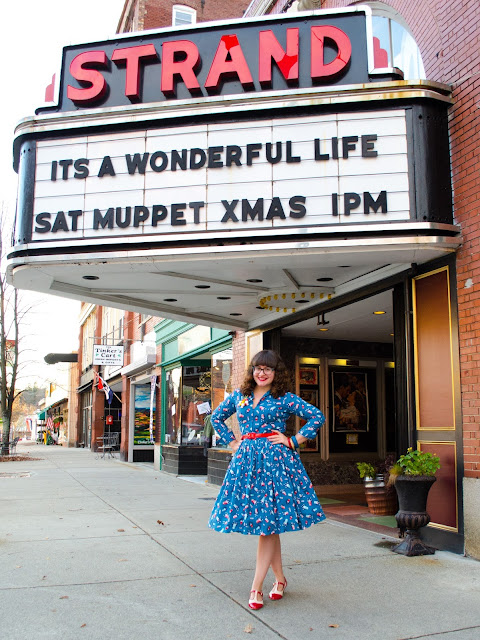 Another great tidbit? In the chapter about award shows, she expresses how the favorite part of the evening is when she is able to go home, change into her sweats, and eat mac and cheese while watching TV. 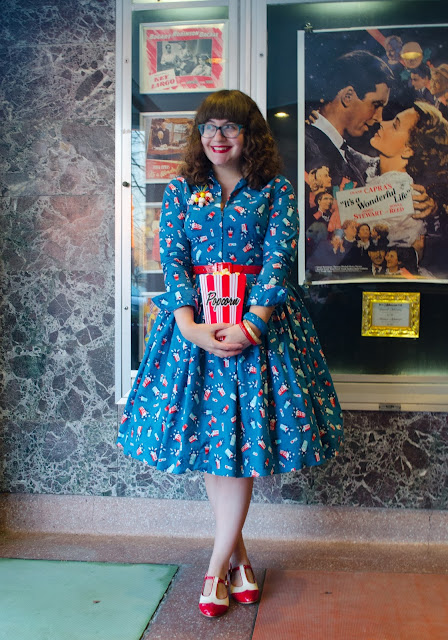 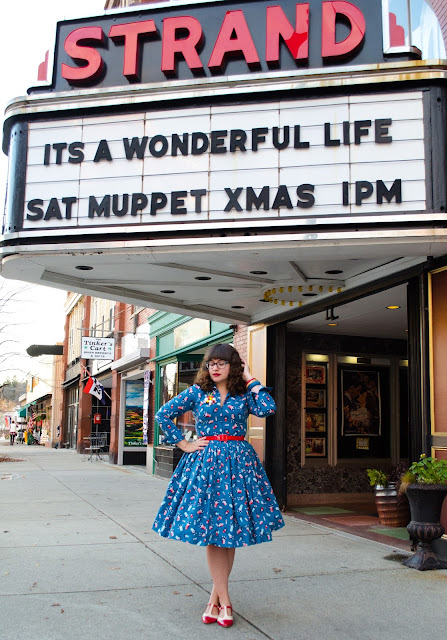 WAITING ON MY INVITE, GIRL! 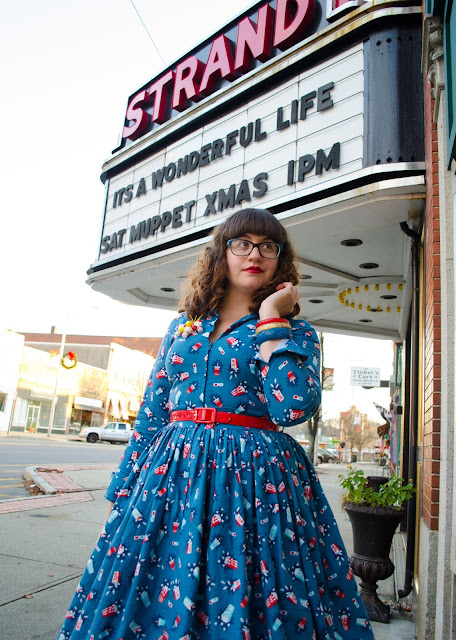 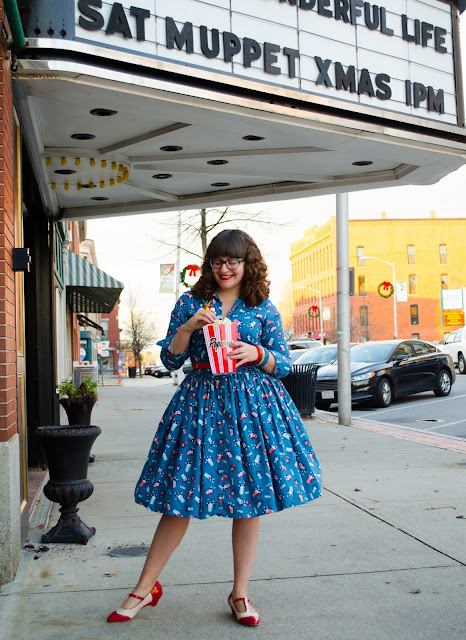 I think most misfits could identify with her based off the characters she has chosen to play in the past few years but after reading this, I totally related with her even more. What can I say? Quirky is kind of my thing.