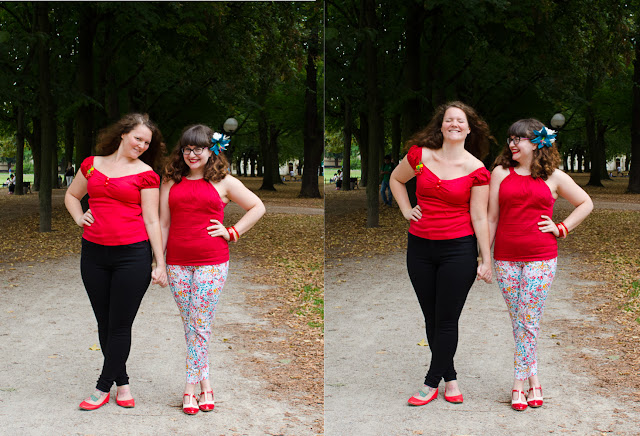 Never in my entire life have I been so exhausted returning from a trip! That being said, it may have been one of the most amazing trips I've ever taken. My work trip in Amsterdam wrapped up on September 13th and on Wednesday the 14th, I took the train down to Cologne, Germany, where Anna picked me up (looking adorable in her mum covered Kelly dress from Bernie Dexter) from the train station and swept me away to Bonn, where she shares an adorably cool and modern 2 bedroom apartment with her amazingly sweet boyfriend, Florian. 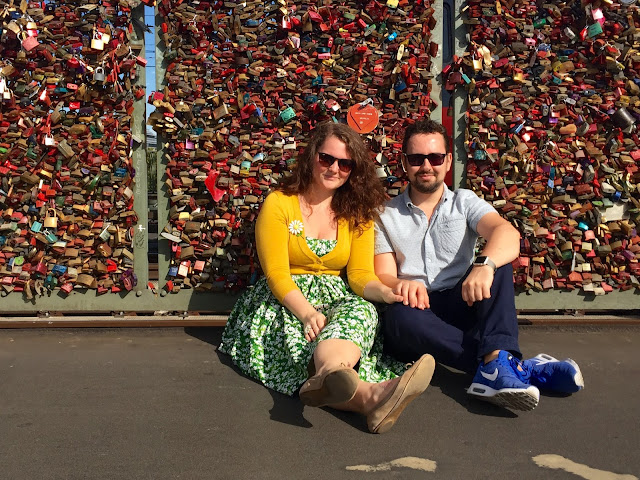 If you follow me on Snapchat, you've probably seen quite a bit from my days there as I tried to capture as many moments as I could! For those who do not, here is a lengthy review of my adventures along with plenty of pictures! 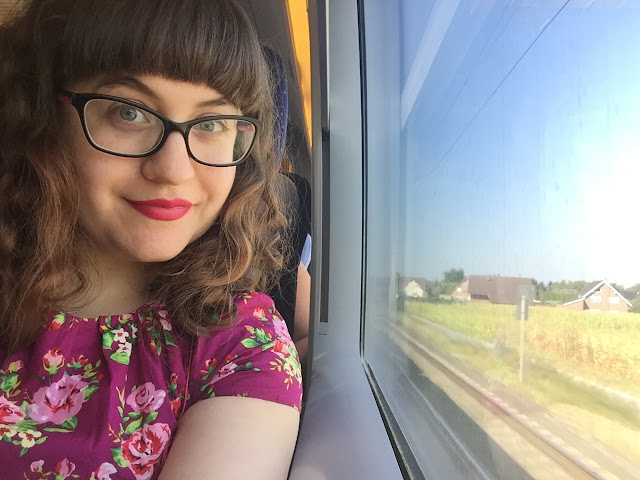 I was so very intimidated by taking the train from Amsterdam to Cologne but I did it!

Upon arrival I discovered that not only did Anna take a few days off of work to spend with me, but Florian did as well! I did not expect them both to do that and felt very lucky and special to have such wonderful hosts taking time off to show me around their city. 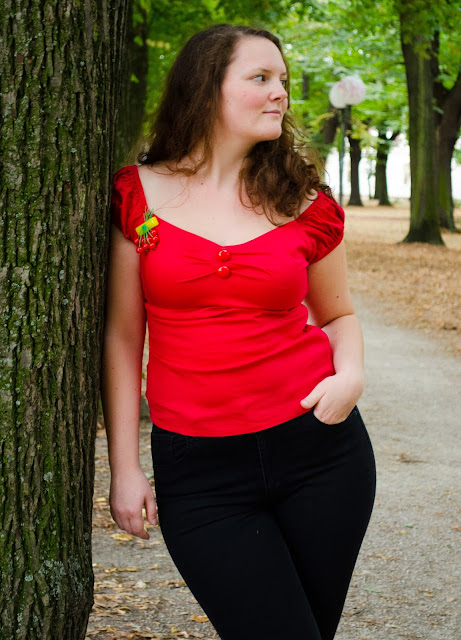 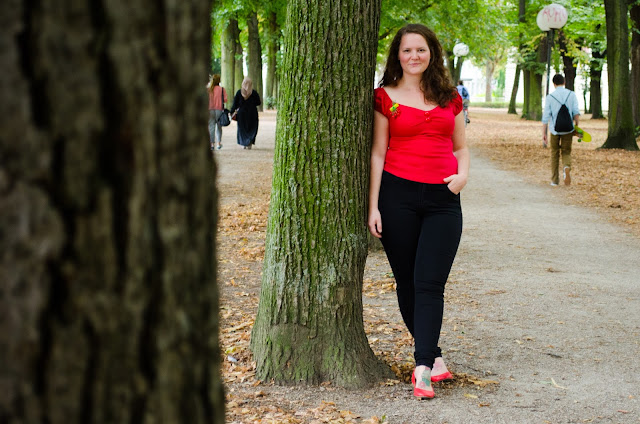 Look at this babe!!!

I stayed with Anna and Flo from Wednesday afternoon to Sunday morning and they filled each day with all kinds of adventures and explorations. We walked a minimum of 15,000 steps per day (guys, chub rub is REAL), cooked and ate so much food, took a ton of great photos (thanks Anna and Flo for being my photographer for a few blog posts!), and talked so much our throats went hoarse. 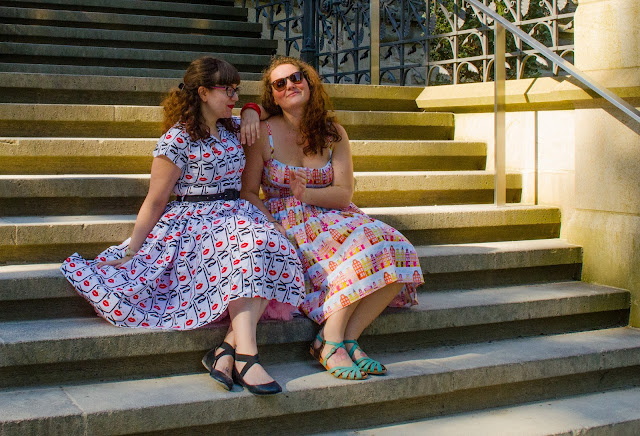 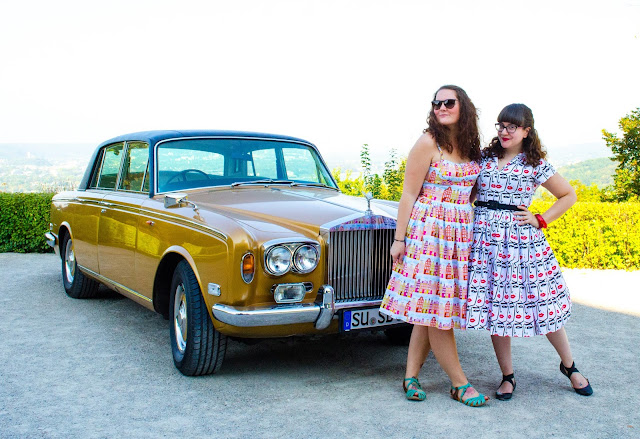 Okay, the last one applied mostly to Anna and me. What can I say? With an ocean between us, girl talk is usually only had via Whatsapp! Needless to say, we had to make up for lost time. Florian was a trooper for the four days I was there. Only once did he stop the gab fest and decided he had enough. We were blabbering on one night on the patio as he patiently sat and looked at whatever men look at on his iPad when he suddenly stood up and declared in so many words (and so very kindly, might I add), "I had enough of this. I am off to bed." 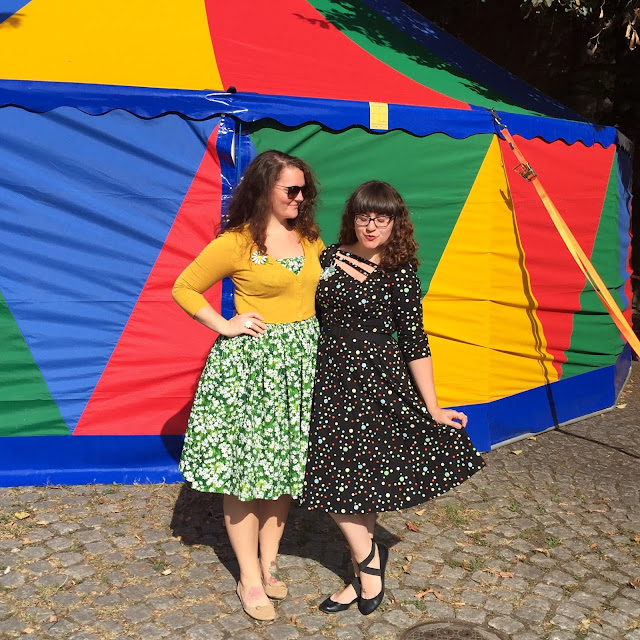 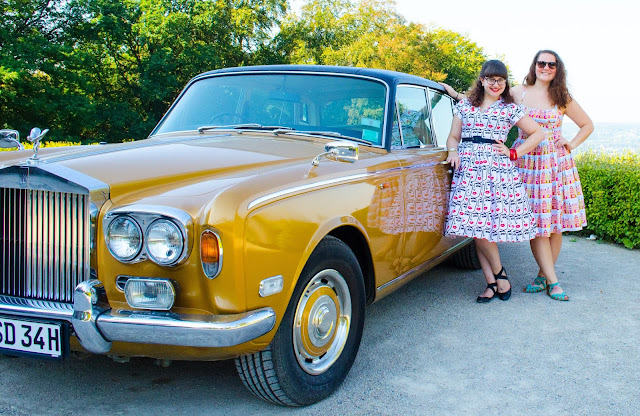 We said goodnight and continued our conversation where we left off. 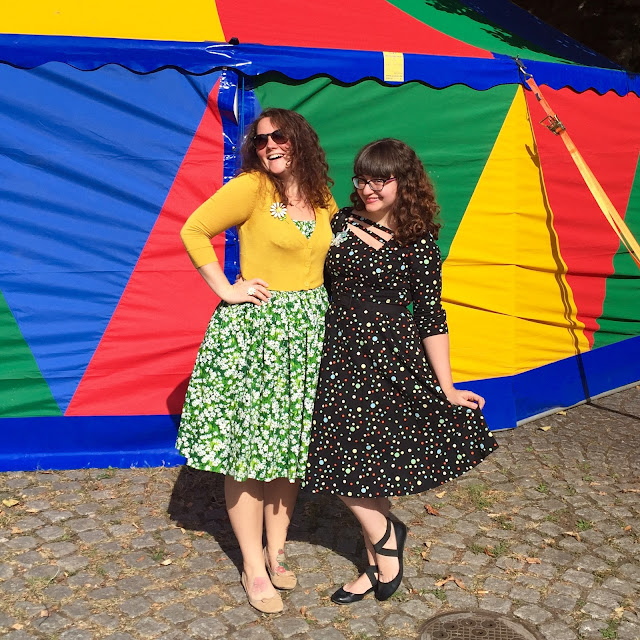 After our adventure up and down The Drachenfels on Thursday (which you can read all about here), we returned to the apartment for an outfit change and headed into town to explore Bonn's botanical garden and do some shopping. The botanical garden was extremely cool to me - it's free to the public and is full of so many plants! It even has a few reptilian tenants and I was ecstatic to find one of them just hanging out by the pathway. I may have even taken a seat beside it and started a conversation. You know, as you do. 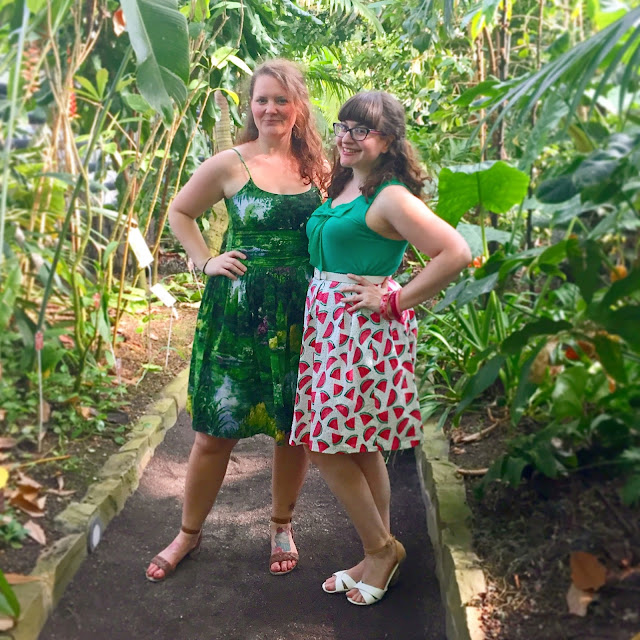 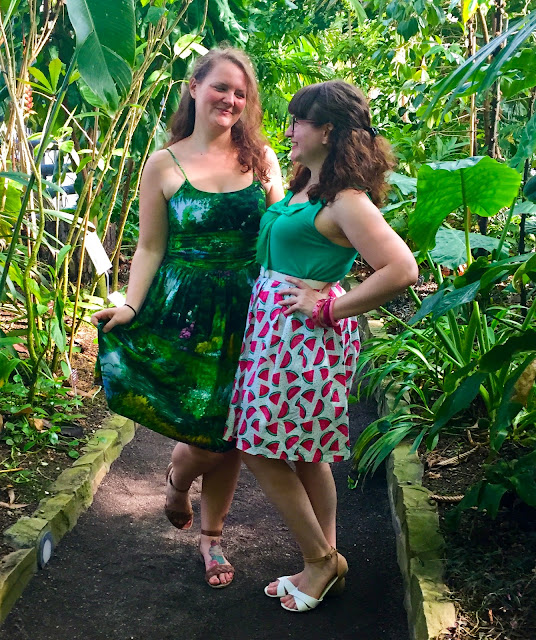 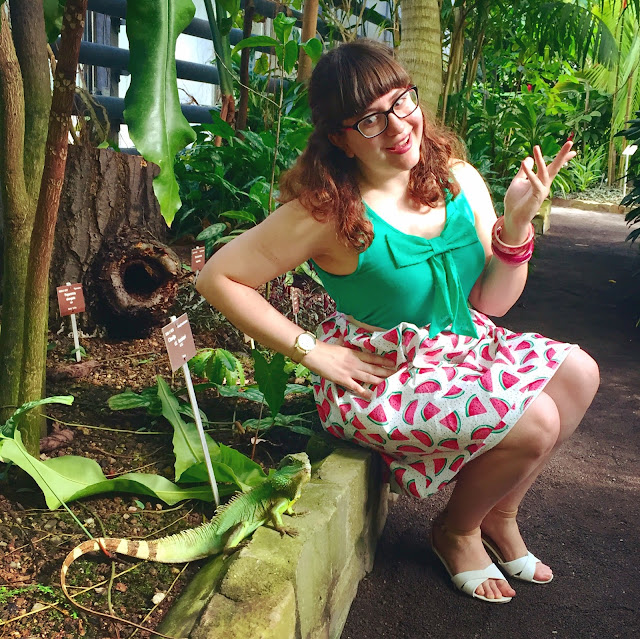 Anna and Flo also showed me where Beethoven was born (his birth home still stands right in Bonn!), brought me to their new favorite bar for a cocktail or two, and also made a stop at the Haribo store so I could stock up on yummy gummy treats. Boy, did I! 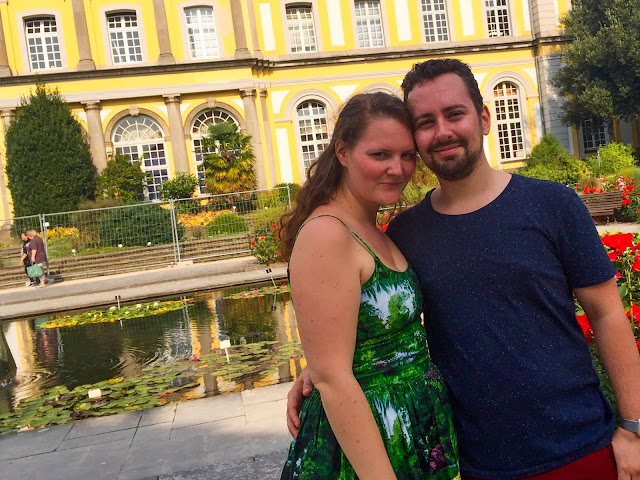 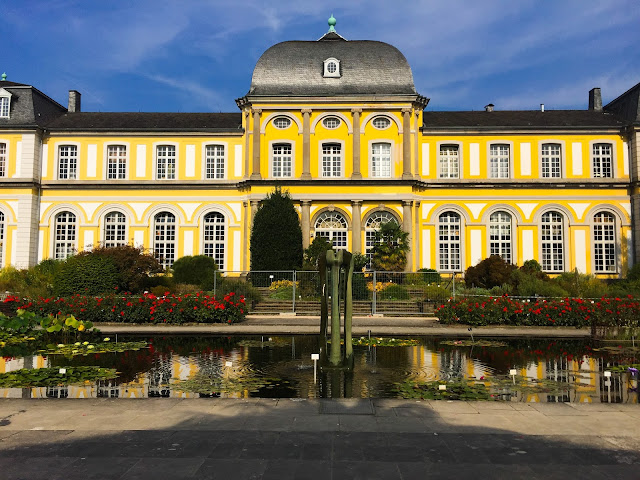 This was a beautiful building at their botanical garden, which was BEAUTIFUL!

Friday we spent the first part of the day in Cologne. We stared in awe at the incredibly ginormous Kölner Dom (Cologne Cathedral), snacked on sweet treats as we walked through the city, and even tracked down an adorable rockabilly shop in town. There were some very cute things but nothing that screamed out to me. Anna, however, snagged a super cute top by Collectif! 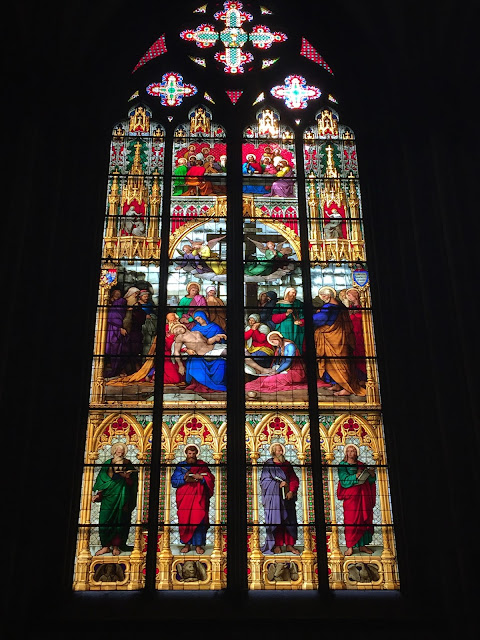 A massive stained glass window inside the Dom 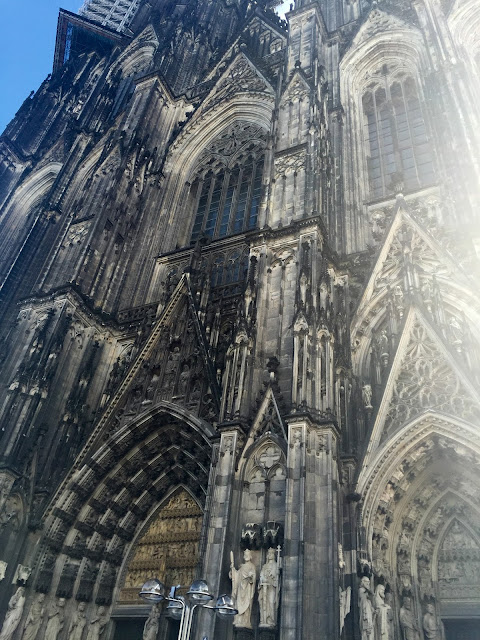 Just a portion of the amazingly HUGE Dom in Cologne

For dinner, we went to an Italian spot Anna and Florian loves and I found out why I constantly see people in Europe eating their pizza with a fork and knife - if you order pizza in a restaurant, it comes to you whole! No slices! What the what?? According to Florian, if you order delivery, it comes sliced, but if you order it at a restaurant, it doesn't. No wonder Europeans eat it with a fork and knife! I ordered the spinach and mushroom pizza and, slicing challenges aside, it was one of the most delicious pizzas I have ever had! 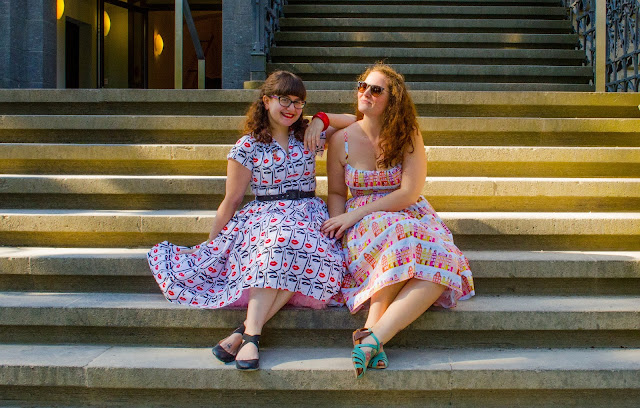 On Saturday, we wanted to relax after two adventurous days so we headed to this magical place that was part spa, part public pool. Unlike the dirty and gross public pools I've seen where I'm from, this place was super cool and wonderfully classy with huge heated pools that had bubbles like Jacuzzi's and actual hot tubs. It was wonderful and just what I needed! 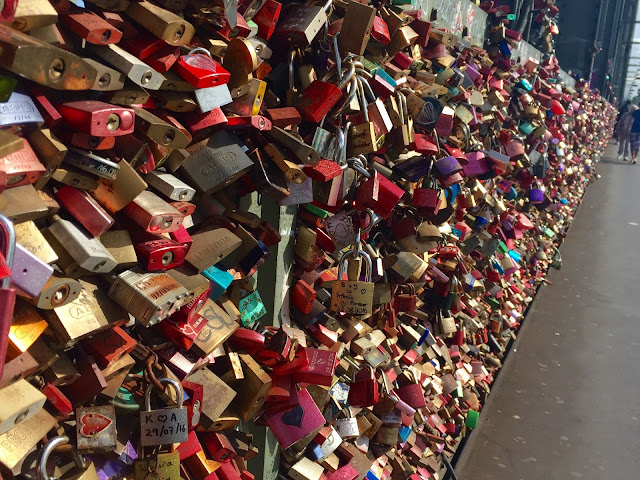 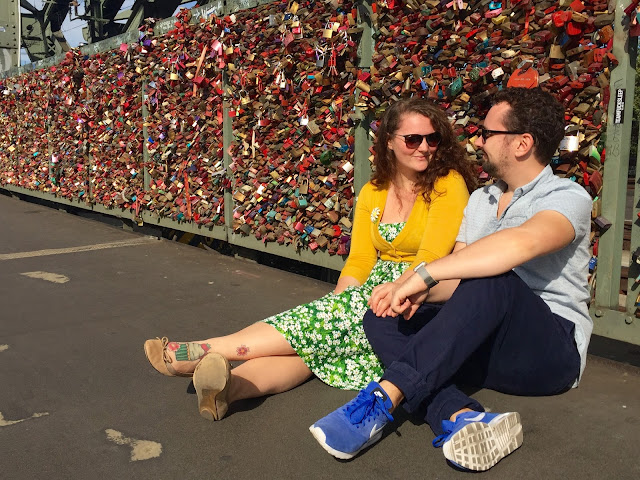 Cologne has a Locks of Love bridge  - the railings are covered in locks, similar to what Paris has/had!

I also got to meet Anna's family before heading home and that was a treat in itself! Being friends for a few years, I have heard so much about her family and know they have heard a lot about me! Her mom baked a delicious plum cake with plums from her backyard and even though I couldn't understand what they said to each other the whole time, it was amazing how much they reminded me of my family with their mannerisms and sarcasm toward each other. Some things remain the same no matter what language is used! 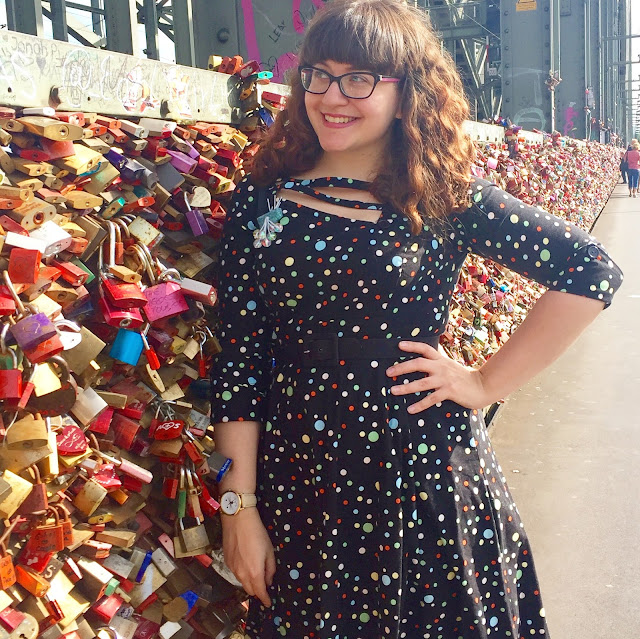 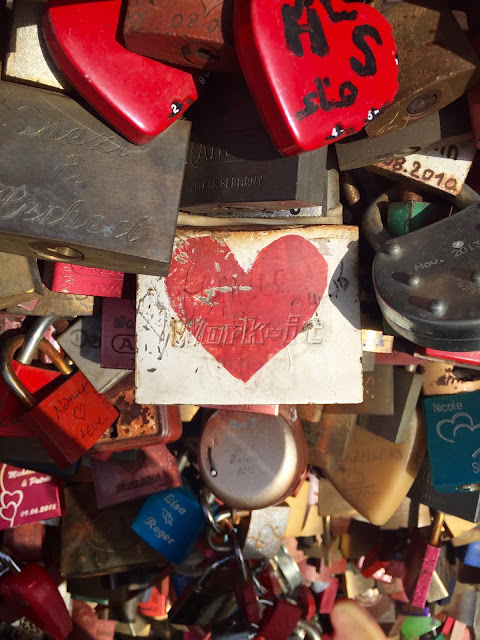 By Sunday, I was ready to return home but was sad to go. In a strange turn of events, my train back to Amsterdam (I had to return to Amsterdam in order to fly back home through my company) was delayed nearly 2 hours with no other alternative trains that would get me to Amsterdam in time for my flight so Anna and Florian decided to simply drive me back. I couldn't believe my bad luck with the train (it was the ONLY train that was delayed!) but couldn't believe how amazing my friends were even more (though from the start, Florian had hinted he wouldn't mind driving me since that meant driving his new car on the autobahn!). 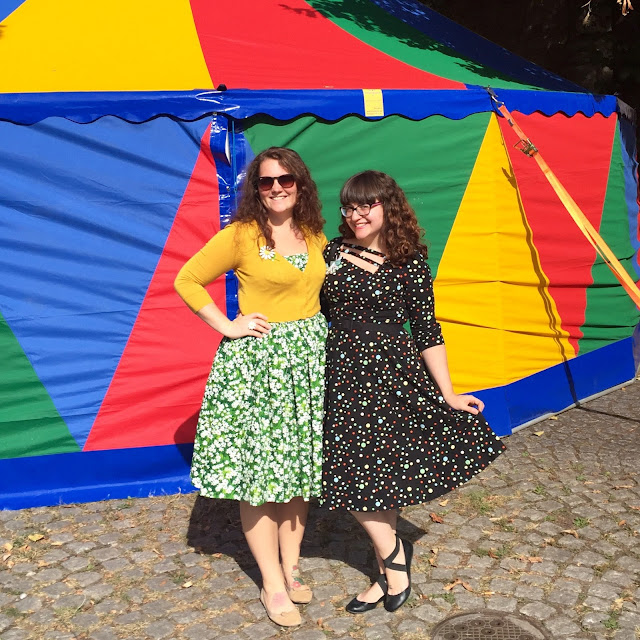 This is by far my favorite photo ever of us that so perfectly demonstrates our relationship - derps to the max!

Anna and Florian, thank you so SO much for having me stay with you and allowing me to interrupt your lives for a few days. You were so fantastically sweet to me and I had such an amazing few days with you. I hope someday I get to return the favor and have you stay here with me so I can show you Boston and the good bits surrounding it. 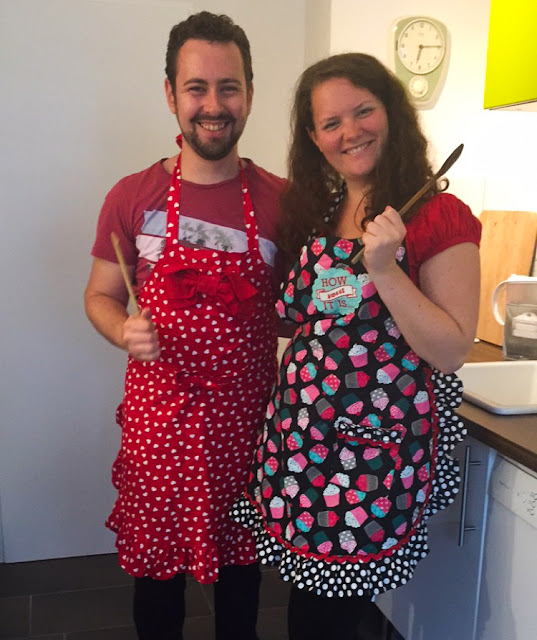 My adorably wonderful and sweet hosts from afar <3
Posted by SaraLily at 10:00 AM