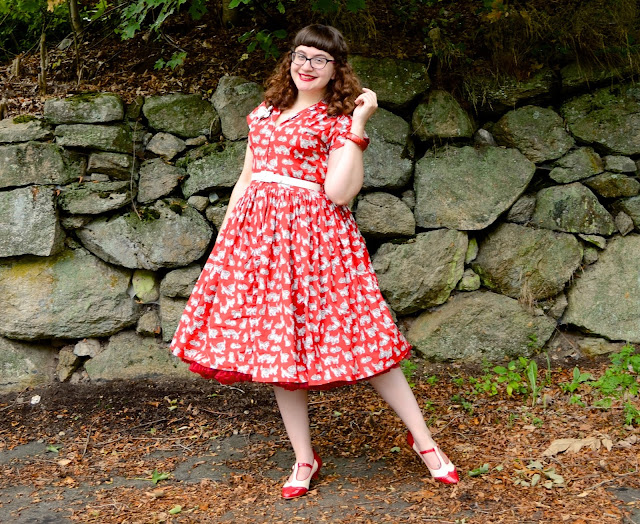 So I know what you might be thinking...you're thinking, "Man, this post looks awfully familiar." If so, then that is because it is awfully familiar. I shared a Bernie Dexter dress earlier this month with the same print - just different color and different style. Yes, I have two dresses with adorable kittens all over it. 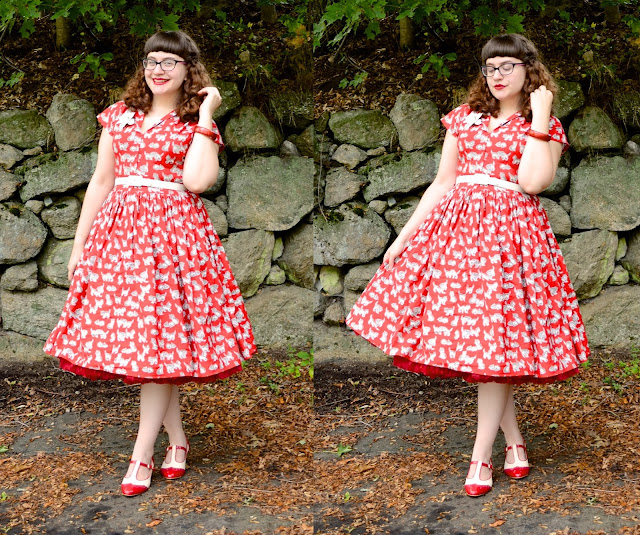 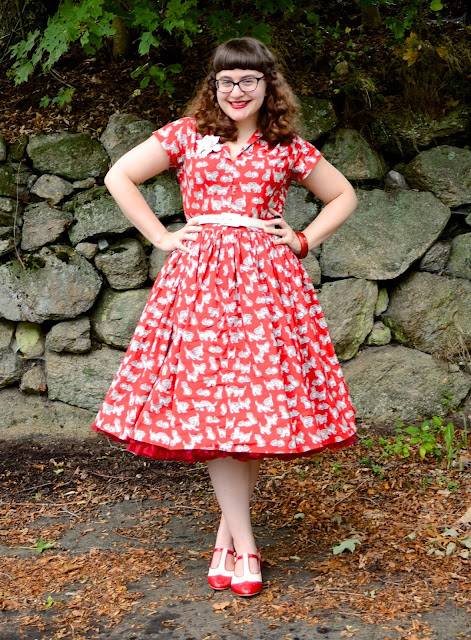 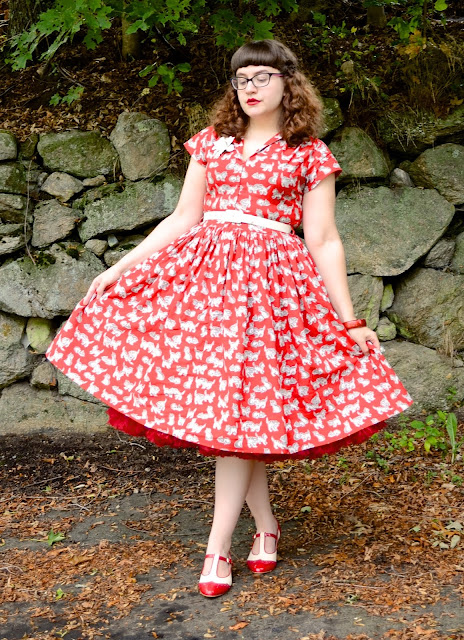 It totally isn't my fault, though! Bernie Dexter fabrics/prints are infamous for popping up in various styles. Lately, she's been doing it in a very sneaky way. Bernie has been releasing new dresses slowly - a few at a time - and you just have no way of knowing what she has hiding up her sleeve. 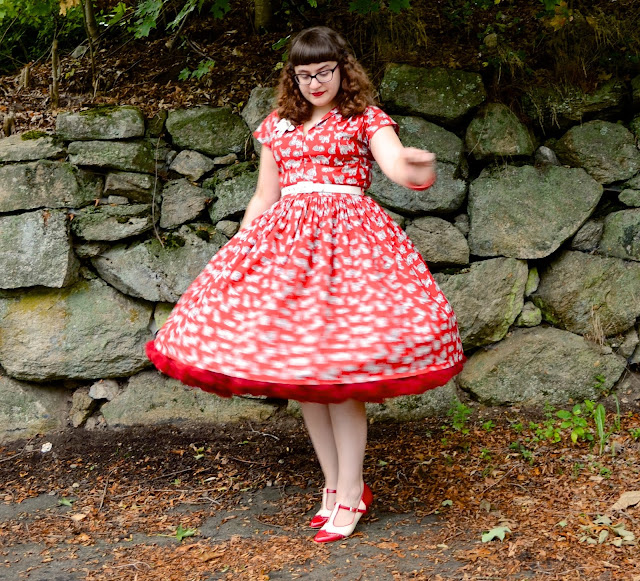 Shortly after acquiring the teal kitty dress in her Chelsea style (before the Chelsea, the kitty print was pink and in the Paris style, which I am not a fan of on my body), she revealed a sneak peek of this dress and I lost my shit for many reasons. 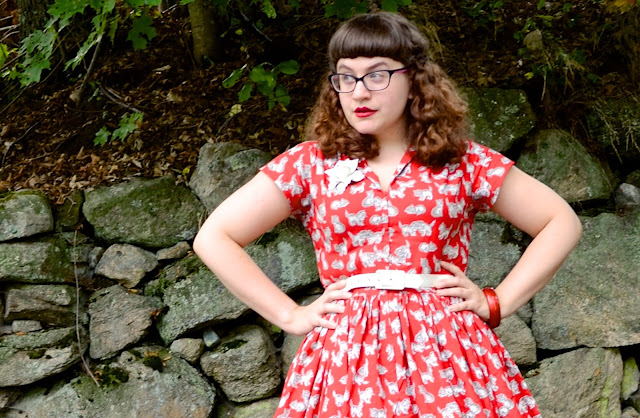 Firstly, it's RED! Red is one of my favorite colors (besides purple). Secondly, it's the Kelly style (this is my absolute favorite style of Bernie's with its zipper front, shirt style top, and adorable little sleeves). And thirdly, it's the kitten print! The adorable, swoonworthy kitten print I just splurged on for my birthday! 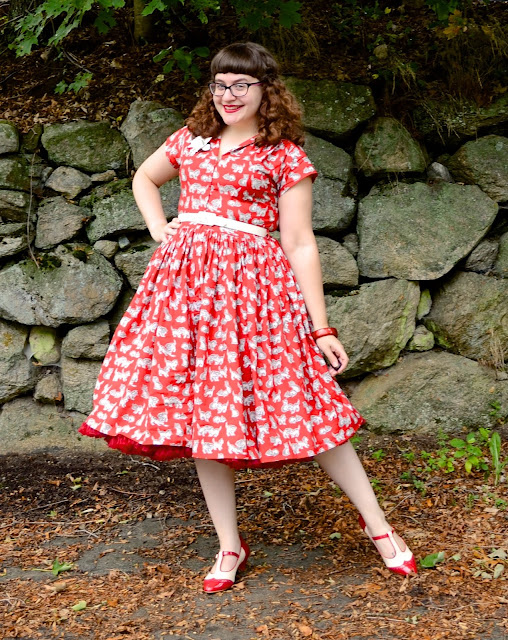 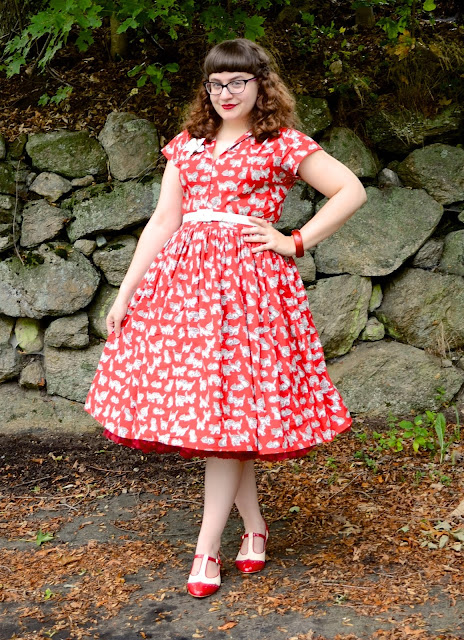 What the double hockey sticks was I supposed to do? 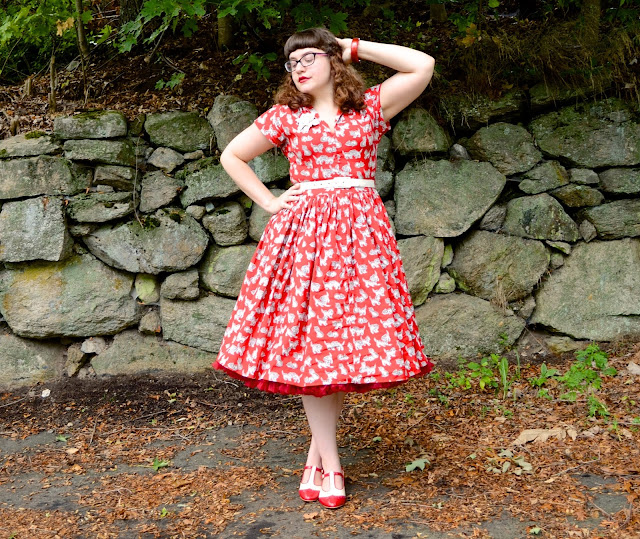 I got the red kitty Kelly dress, obviously. 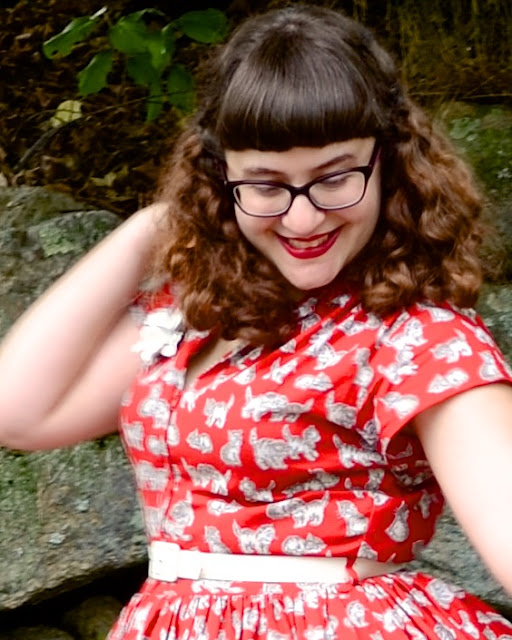 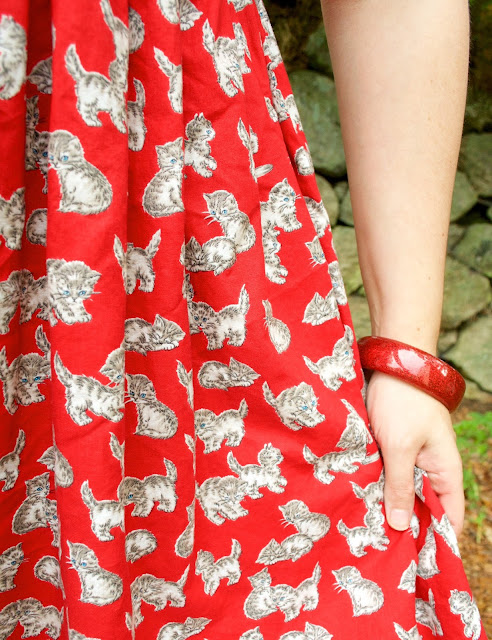 It's not that I don't like the first one I got - I adore the teal color - but I am not a HUGE fan of the thing spaghetti straps the Chelsea dress has and the Kelly is just the perfect dress, in my opinion. So it was obvious that I was splurging on another dress. 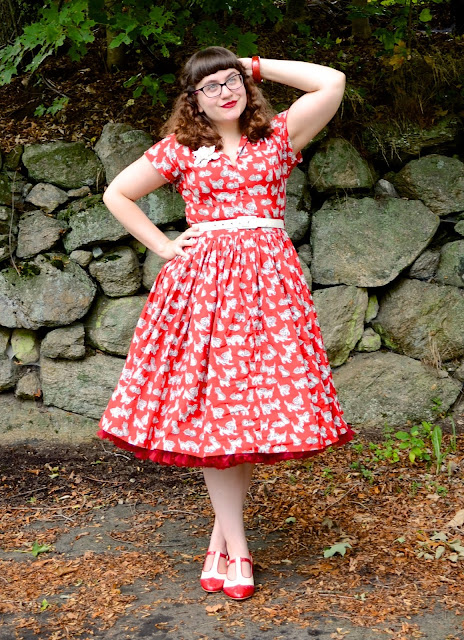 Most gals who adore the Kelly like I do recommend sizing up. While my usual medium fits me like a glove, I decided to try sizing up to the large this time around as the waist on the medium gets a bit tight by the end of the day. When I tried on the large it fit OK but was a bit baggy on me. I washed it and tossed it in the dryer to see if I could shrink it some and it worked! After it's tumble in the dryer, the large fits me PERFECTLY. I think I'll do the same for any future Kellys (because we ALL know there will be future Kellys!). 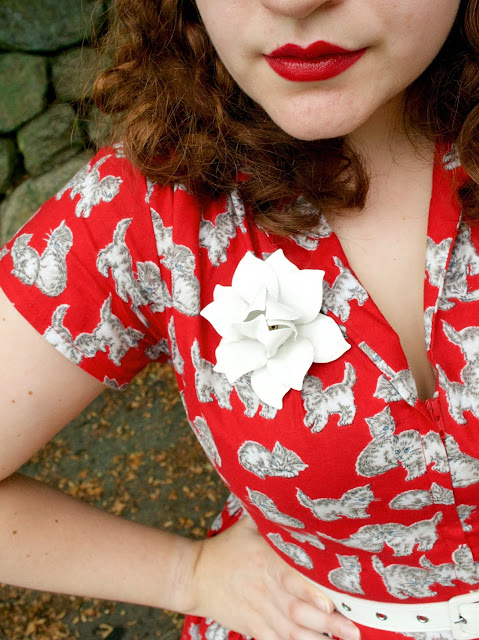 I have my first kitty dress up for sale right now, hoping someone my size has been admiring it for some time but hasn't wanted to pay full price. So if you're a medium and want a kitty dress of your own, hit me up! 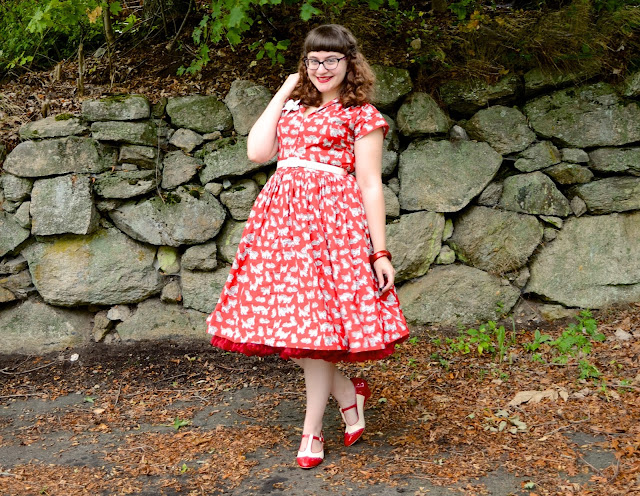