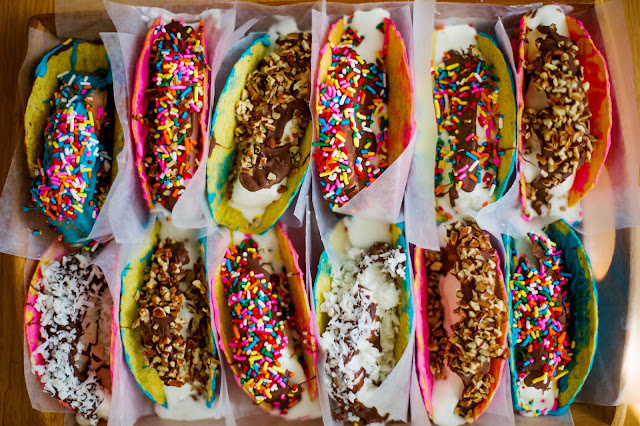 Guess who's back, back again? JENNA!

The gal that brought you the Better Than Dating Chocolate Cake is back for July with another treat - this time it's quite fun, messy, and refreshing. Guys, she made you CHOCO TACOS! Whaa-aaatttt?

I don't need to say anything more. I'll let Jenna take it away... 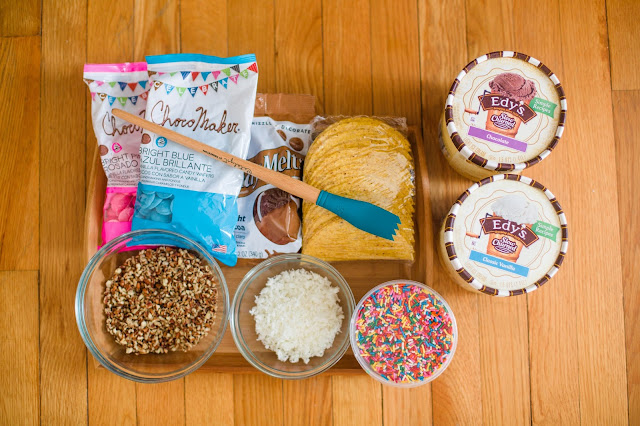 I’m back to share a fun dessert I whipped up to bring to Sara’s party couple weeks ago. When there was a role call for food, two different people claimed guacamole before I could throw my voice in, so my regular staple was out. My line of thinking kind of went: GUACAMOLE! Wait, nope. Must keep up appearances and make Mexican something… tacos… summer fun… OHMYGOD CHOCOTACO. 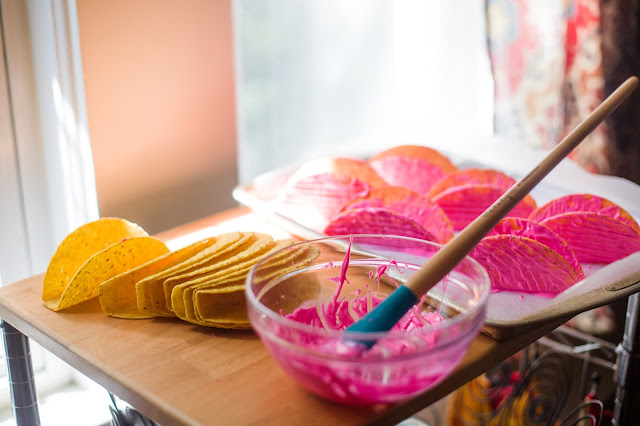 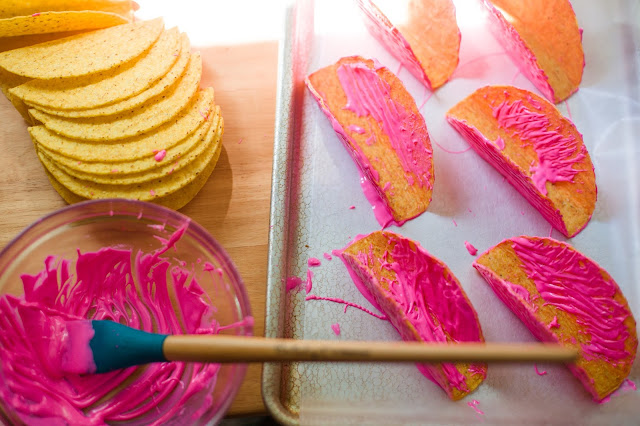 Because I regrettably do not own a waffle cone press, I had to find a recipe that skirted around that minor setback. I ended up finding one that used actual corn tacos. 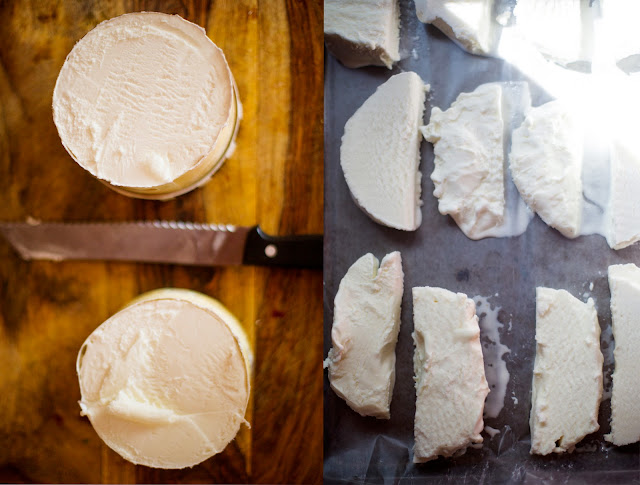 I promise you, it makes just as much sense as that Ben and Jerry’s ice cream with the potato chips in it. 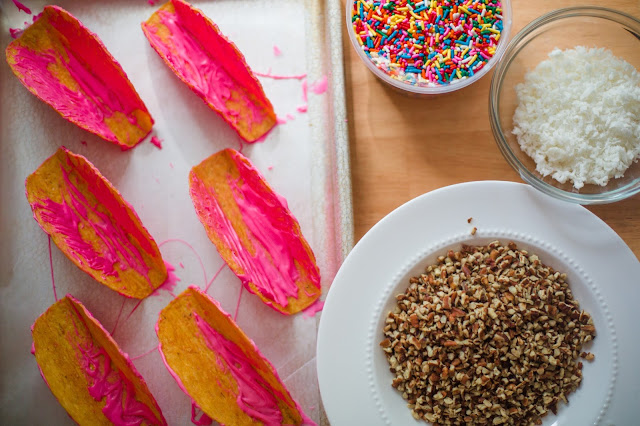 Making these guys also gave me a new love for melted chocolate. Once I actually found it… at Michael's… I was hypnotized by all the different colors available.

I grabbed too many bags and ran out of there with visions of rainbow tacos pushing me home. 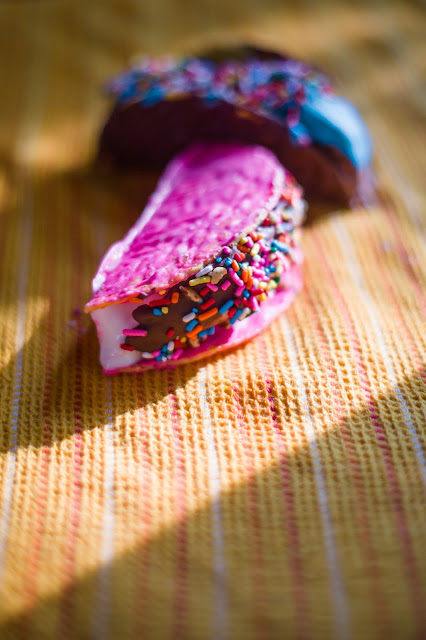 There are a few things I would do differently if I made these again: use only chocolate ice cream. I used both chocolate and vanilla, and the chocolate worked much better with the taste of the taco. Also, cover said taco (completely) in 2 layers of melted chocolate. I was definitely rushing when I made these, trying to get these to Sara’s party, and did not give these babies the coating they deserved. Lastly, and maybe most importantly, do not make in the heat. Yikes. 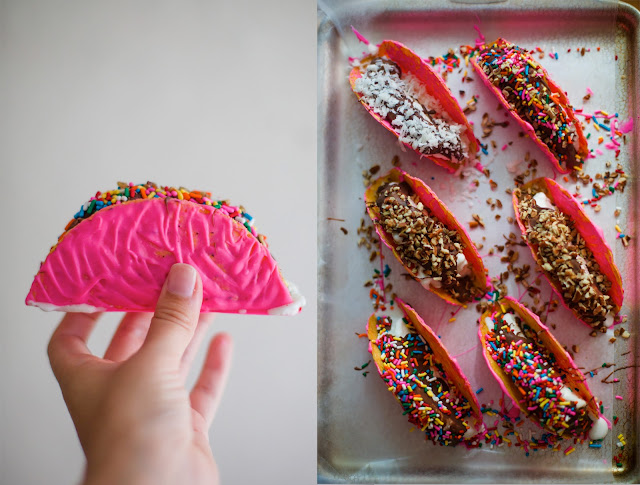