The BBRBF Book Club: Life After Life by Kate Atkinson 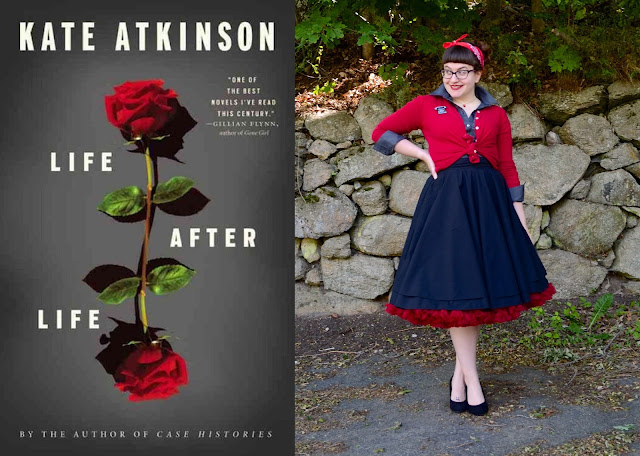 Welcome to the third installment of the BBRBF Book Club! This month, Noelle, picked the book - Life After Life by Kate Atkinson - and boy, it was quite the pick! Counting in at over 500 pages, this was quite the read! 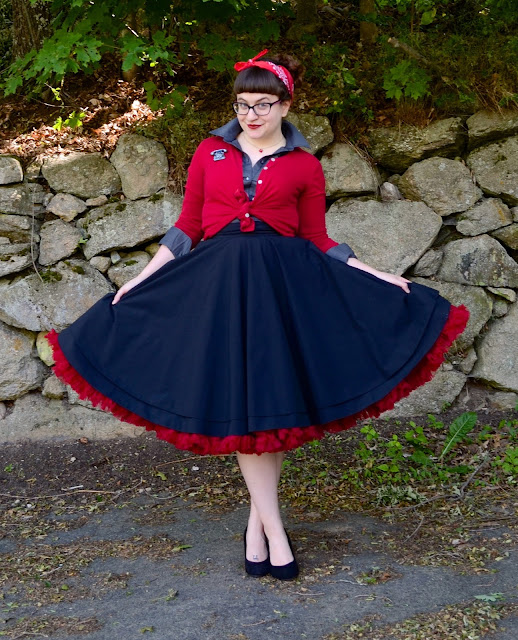 I knew we would be in for a doozy just by reading the description on Amazon: On a cold and snowy night in 1910, Ursula Todd is born to an English banker and his wife. She dies before she can draw her first breath. On that same cold and snowy night, Ursula Todd is born, lets out a lusty wail, and embarks upon a life that will be, to say the least, unusual. For as she grows, she also dies, repeatedly, in a variety of ways, while the young century marches on towards its second cataclysmic world war. Does Ursula's apparently infinite number of lives give her the power to save the world from its inevitable destiny? And if she can -- will she? 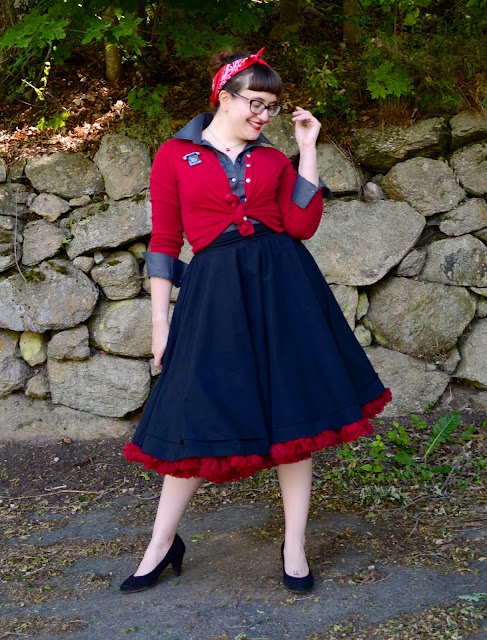 I was intrigued. I was also so curious how it would be written!

All in all, I have to say I loved the way it was done. It seems weird to say this, but I actually really appreciated the way Ursula's deaths happened. No, I don't enjoy death and other morose things. Her deaths, though mainly awful and traumatic, were beautifully written and peaceful somehow. 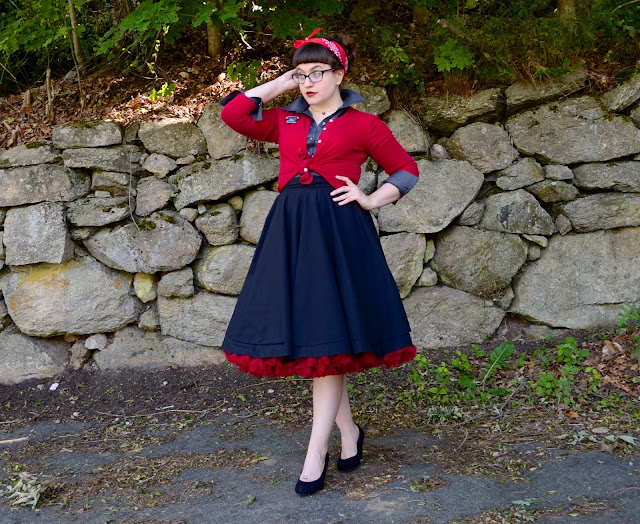 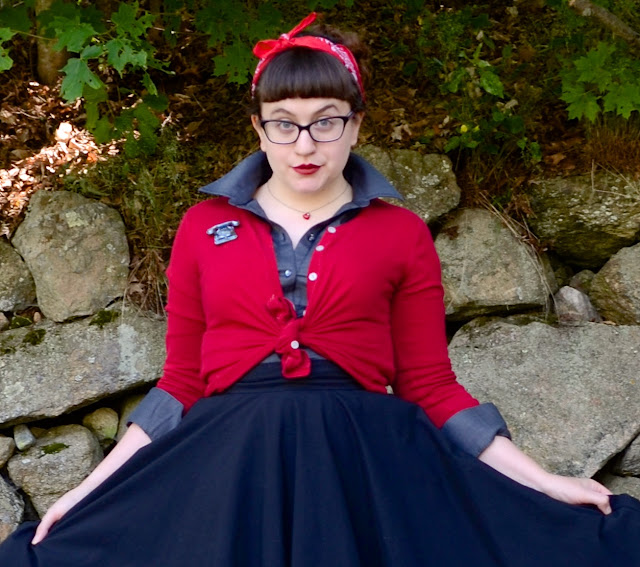 In particular, her deaths that came with violence - developing an awful infection after being coerced into an abortion, beaten to death by her abusive husband, waking up in wreckage after a bomb hits her apartment building during the war -  Atkinson wrote these scenes so well, as weird as it is to say that, and was able to create some beauty and serenity to Ursula's passing. 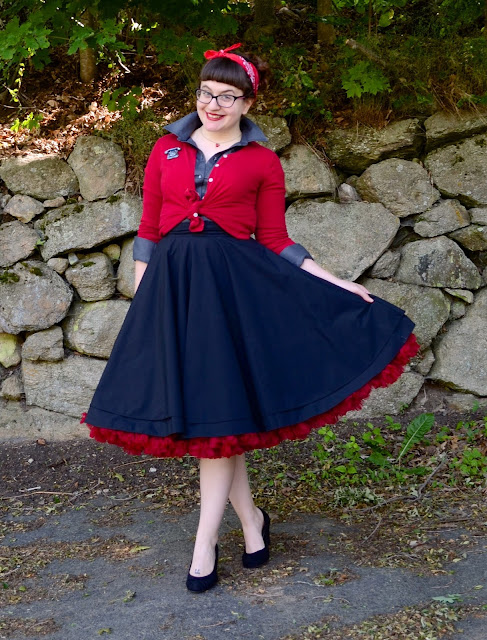 At first, reading about Ursula as a child, it was all a bit silly to me. She died so frequently when she was a little girl that it was getting a bit monotonous and it became a game to me - guess how Ursula will meet her demise next! I'd be sitting there at every scene, guessing what came next: "She's totally choking to death at this party! Oh no wait, she's totally slipping and falling down the stairs next!" 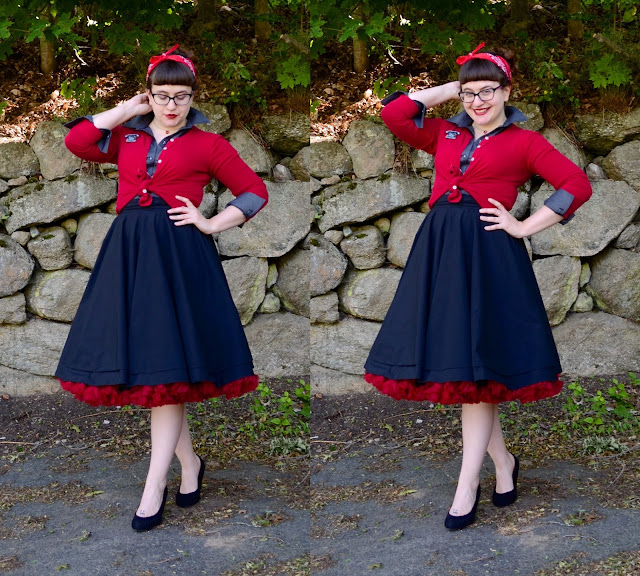 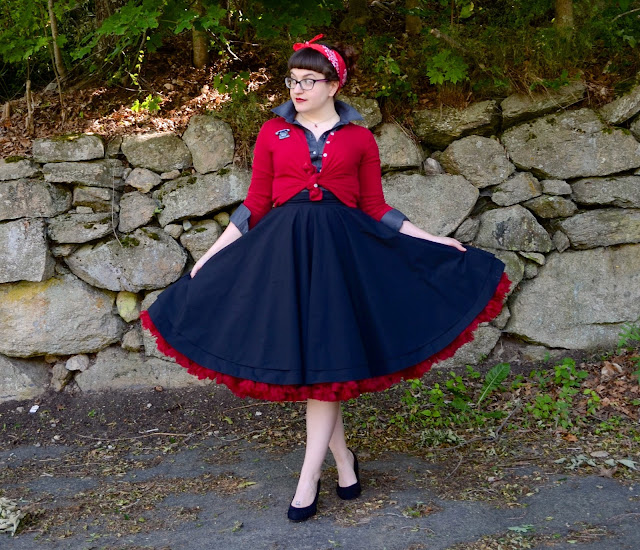 Luckily, the deaths "slowed down" the more she is able to out-live them and grow older. For example, Ursula and her little brother die at a young age due to an illness they catch from their live-in cook. In her next life, somehow she knows NOT to go into her cook's quarters due to an overwhelming sense of dread she feels when she is near the room, therefore avoiding getting ill enough to die from it. Readers know it is actually her past life warning her from within. 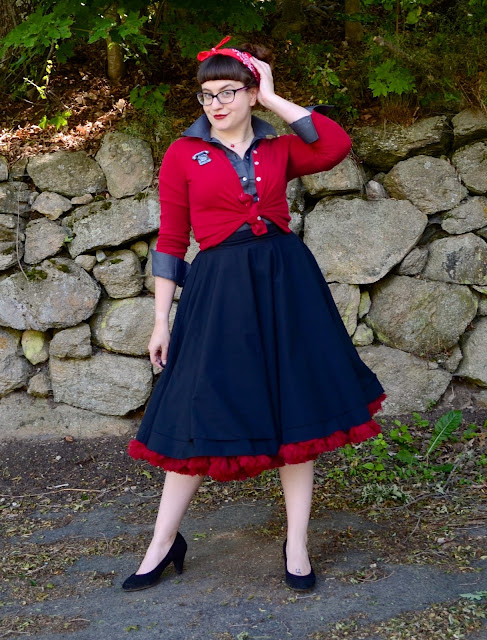 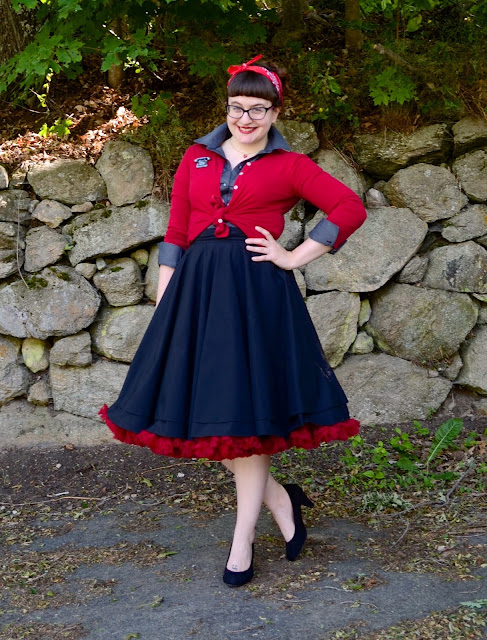 I quite enjoyed the story once she began her work as an aide during the war. Though sad and emotionally draining, I sensed she was living her true calling in helping people, no matter the risk. I wish I could have worked together an outfit that would be similar to her uniform or something she'd wear when she was out after the raids with her team, but I am not that good! 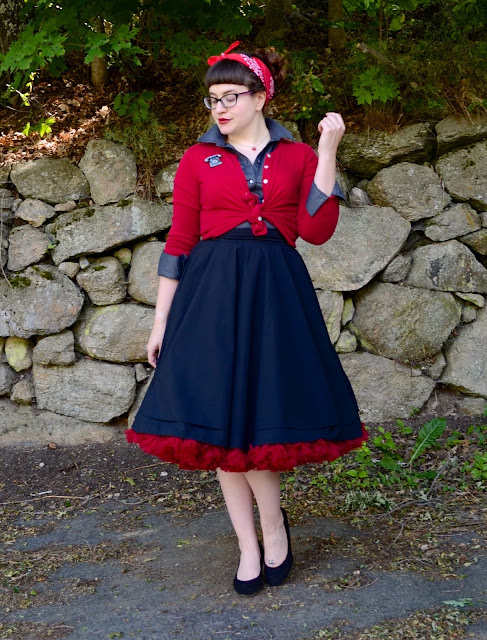 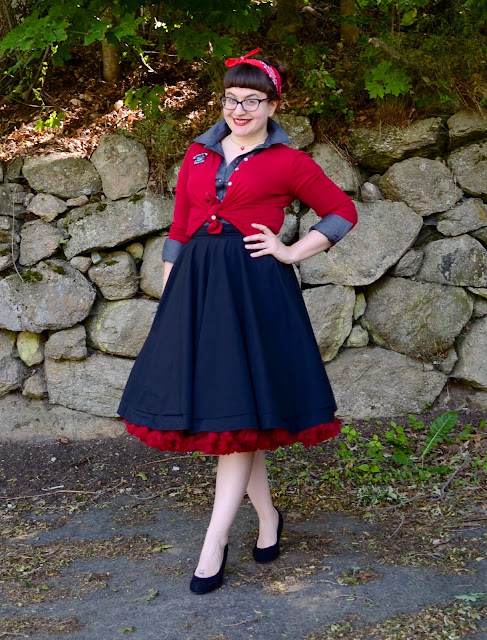 This outfit to match the cover will have to suffice. Working with red is never a challenge for me but gray and black? No thanks! I had fantasies of a different outfit - a precious vintage blue dress that I wanted to wear as an homage to Ursula (a few times in her lives, she wore her favorite blue satin dress to see her lover) but I was heartbroken to find the dress too small for me upon receiving it. 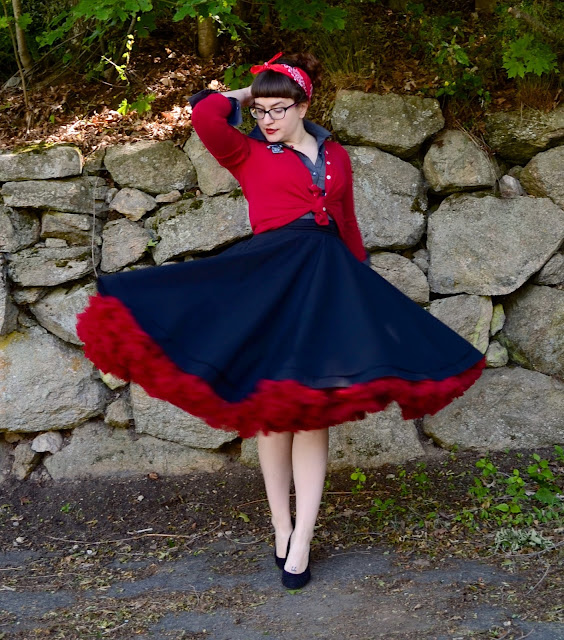 Regardless, I think this ensemble is a decent match for the cover as well as channel the vibe of the World War II worker gals getting things done - of course, it helps to have had JUST received my latest Malco Modes petticoat purchase - a 26" Samantha in this luscious ruby red! I knew I had to show it off in this post with a good twirl!
Posted by SaraLily at 10:00 AM