The BBRBF Book Club: The Royal We by Heather Cocks & Jessica Morgan 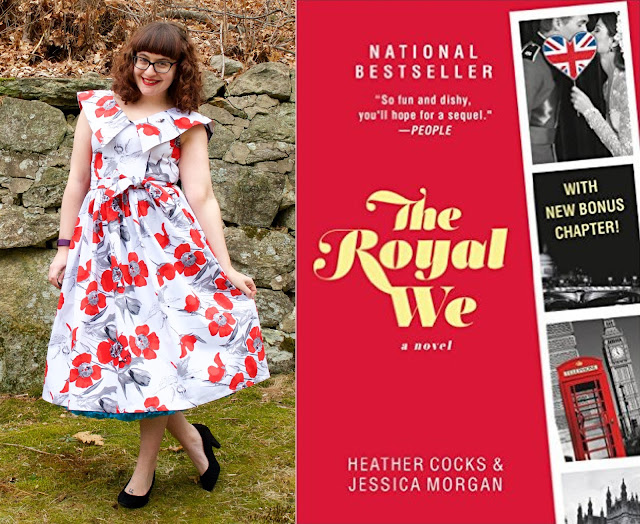 If you're thinking "what the heck is a BBRBF Book Club?" don't worry. I'll break it down for you.

Last month, Kristina from Eccentric Owl and I decided to start our very own virtual book club and it's been dubbed the Best Book Reading Blogger Friend Book Club due to us bonding over loving books and being total book nerd besties. You can read more here. So we're lame but we're awesomely lame. And we're not afraid of that! 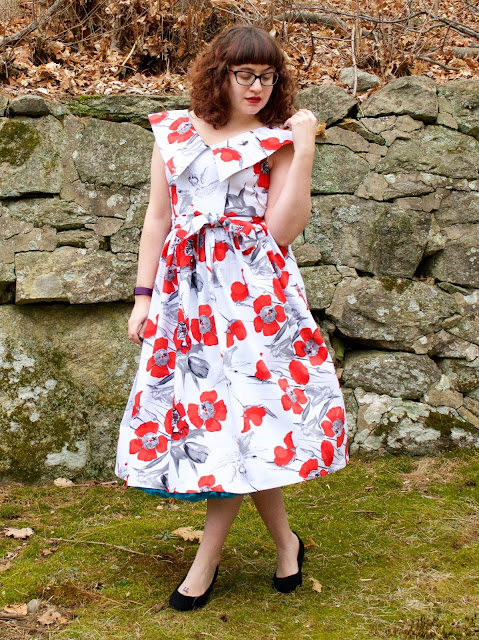 We're kicking off our first reviews for the BBRBF Book Club today and sharing our thoughts along with an outfit inspired by Heather Cocks and Jessica Morgan's novel, The Royal We. 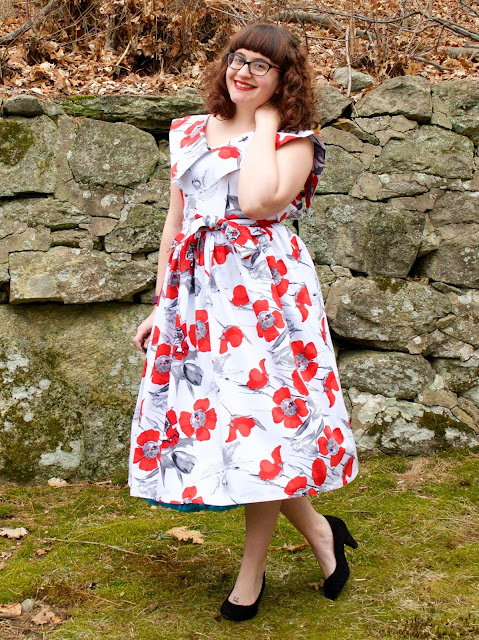 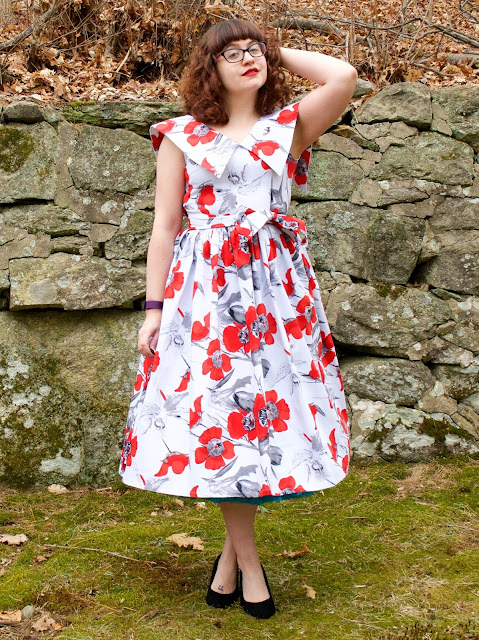 My initial thought? Holy smokes, this is a long read! At over 400 pages, I knew this book would last me awhile and keep me busy for a week (or two!). So I dove right into the story of how Rebecca "Bex" Porter met and fell in love with Prince Nicholas at Oxford without really knowing what to expect. I should admit here that I'm not one of those people who were fascinated by the real royal wedding and still don't care much about what Prince William and Kate do on a daily basis. Not my cup of tea. 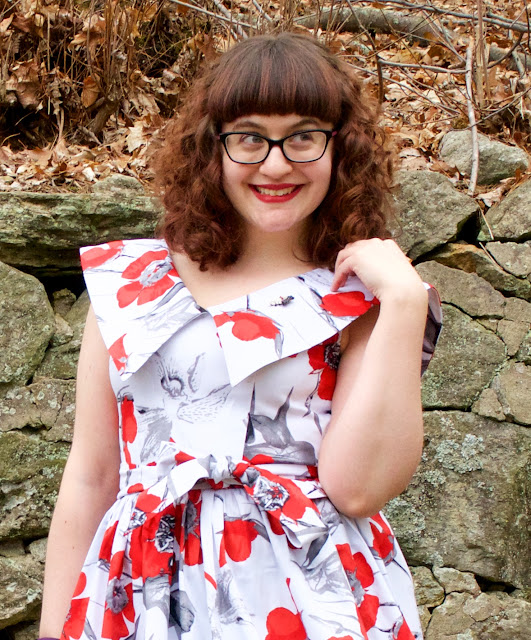 Perhaps this is why I struggled to get into the story. As my Kindle showed that I was nearing the halfway mark, I was still hoping to get sucked in. I guess the first part came off as sort of cliche for me - with every step closer Bex and Nick I kept thinking "didn't we see this in movies such as The Prince & Me already back when we were in middle school?" 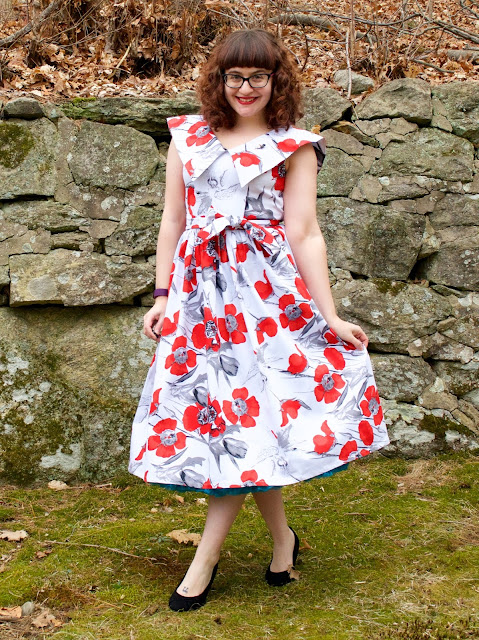 I also wondered when these college kids went to class. Perhaps I am nerdy but that is what I noticed! The story reflected majorly on Bex and her friends' time outside of class (side note - there are A LOT of characters in this story and it was kind of hard to "get to know" them and "bond" with them in order to truly get the most out of the story - does anyone else enjoy a book more when they feel a connection with the characters?) and we never saw them actually IN class! Come on, you're in Oxford! 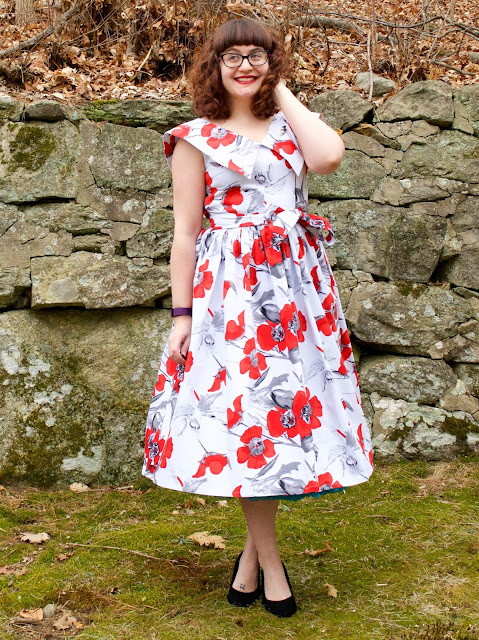 That aside, once Nicholas and Bex got engaged (and boy was that a feat with all the drama!), the story got better for me. I kind of enjoyed the bits about Bex being "trained" that would have been made into a montage similar to Princess Mia's transformation in the Princess Diaries. I wonder what feel-good, empowering pop song they would pick to play while it all happened in a 1-2 minute time frame? 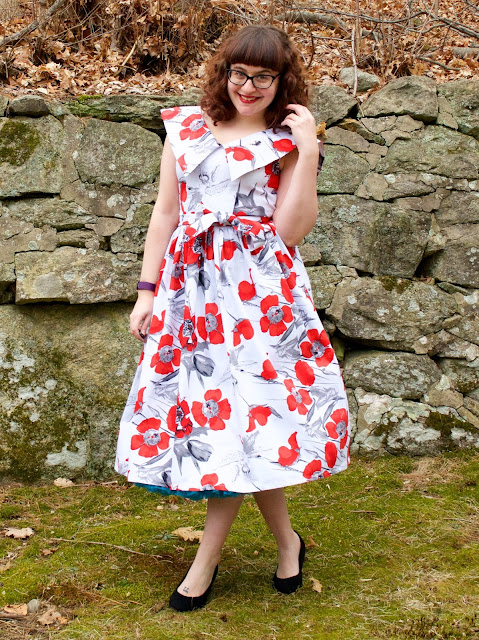 I also enjoyed Bex's interactions with the Queen. They were few and far between but I liked Queen Eleanor's character a lot and when she had moments with her, they often stole the show for me. Especially the scene when she showed Bex her crowns and was providing her with her something borrowed for the wedding. 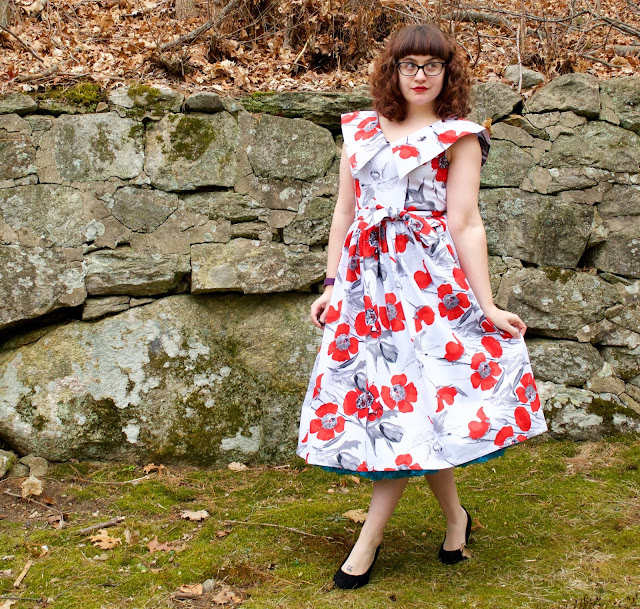 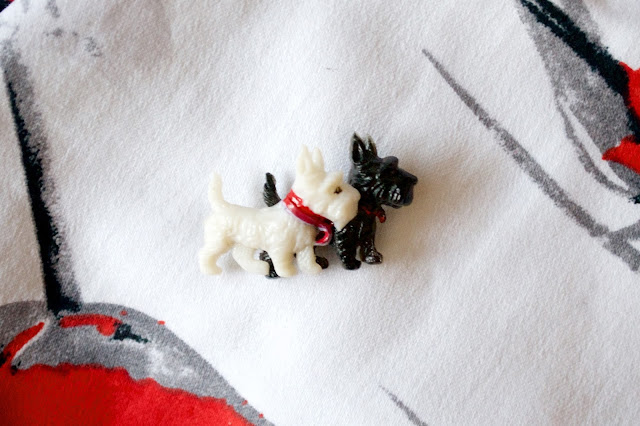 True Confession: I thought I was SO smart for wearing this adorable vintage brooch on my collar but after editing my photos,
it dawned on me that these are Scottish Terriers, not English. Right? Sigh...

All this aside, I liked Bex as a character. In fact, there were adorable little gems throughout the book that made me laugh and wish we were friends. For example, there was a moment when she flopped onto the couch and there was an entire line or two about it where she divulged to her readers that she was good at flopping. "A grade-A flopper." Love me some snarky nuggets in a book! 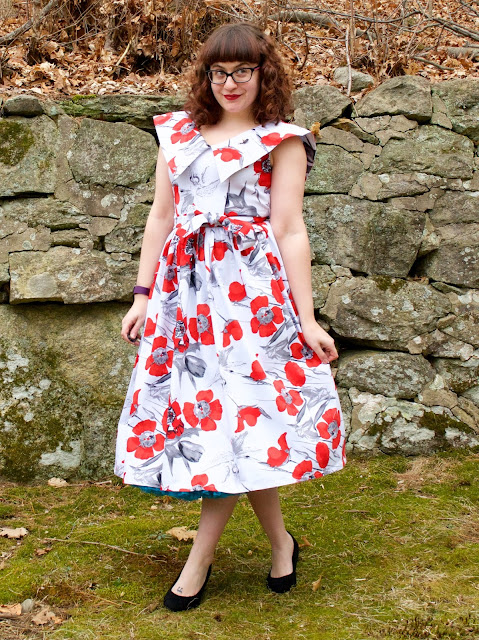 Another True Confession: the zipper on this dress was a disaster before I could even start posing so I am totally safety-pinned into this dress in back (thanks, Cody!) in each and every shot! How's that for making it work?!?

Anyone else give this a read? I'd love to hear other thoughts if so. Perhaps I am a witchy book snob who expects too much from a read. Or maybe others agree with me. Let me know! 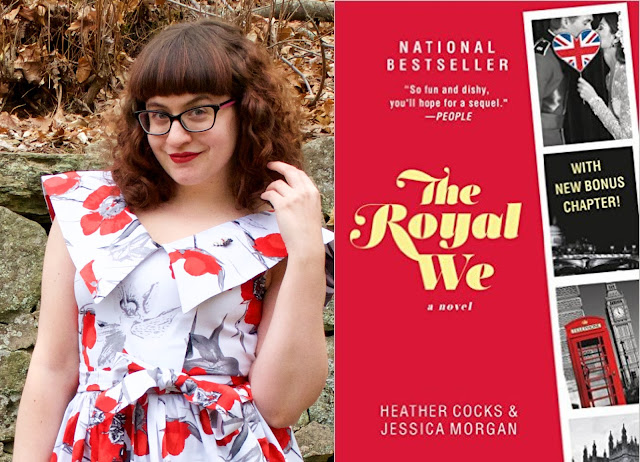 Want to join the club? We share our thoughts (and outfits) every third Thursday of each month. The  BBRBF Book Club read for April is The Portable Veblen by Elizabeth McKenzie! Join us!!
Posted by SaraLily at 10:00 AM