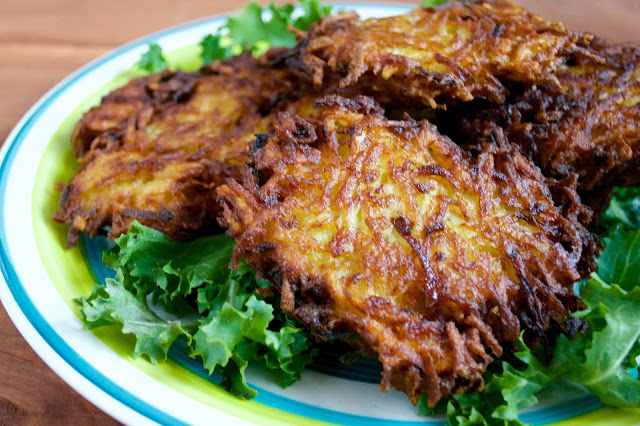 Growing up with a Jewish mother and Catholic father was interesting. We volleyed back and forth between both religions over the years - attending church every now and then and also attending temple for the high holidays. We attended many a cedar for Passover but also had Easter egg hunts in the backyard.

The best part of having both religions in our house? Celebrating both Chanukah and Christmas. Before you ask, no, we did not get double presents. I have 2 sisters, remember? What do you think, my school teacher Mom and factory workin' Dad are made of money? 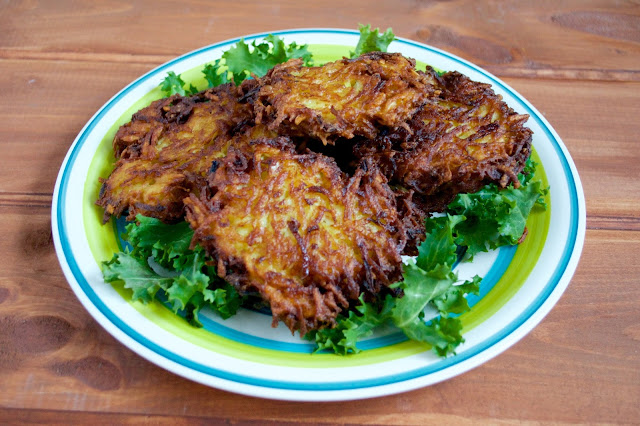 I'd say our gifts were split pretty evenly - we'd often get books, CDs, and small things like funny socks on Chanukah and the bigger gifts like electronics, Barbies, clothes, etc. were saved for Christmas. It was a lot of fun having two opportunities to get presents, though, I have to admit!

One of my absolute favorite part of celebrating Chanukah, though? The potato latkes! My sister is the latke queen every year and we've always had the made not-so-from-scratch version. Every year I want to try to make them from scratch entirely and just never got around to it during the crazy weeks leading up to the festivities. 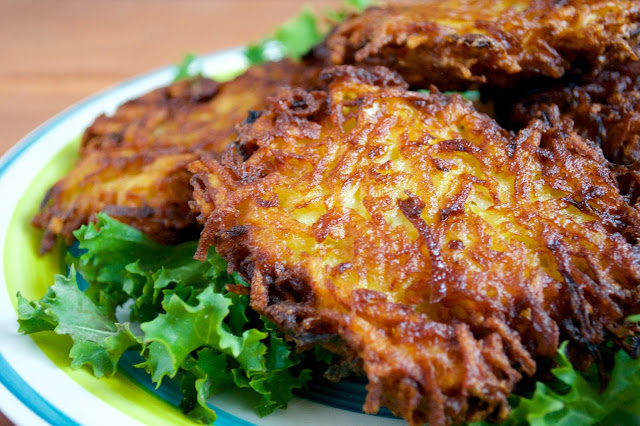 This year, I knew I had to finally give latkes a shot. So I dug up the recipe I had written down ages ago (I wish I could give proper credit - I remember taking notes and directions from two sources!) and decided to give it a whirl since Chanukah started this past Sunday evening!

Why did I always think latkes were hard? I swear it is one thing that intimidated me! They're really rather simple and - time saving tip here - even simpler with my food processor at the ready. Oh how I love thee! I got mine for Christmas last year from Cody (he knows me so well!) and have used it more than I anticipated! It grated up my potatoes in a flash! In fact, it was so impressive that Cody came wandering in and totally took over the task. He's a fun stealer, that one. 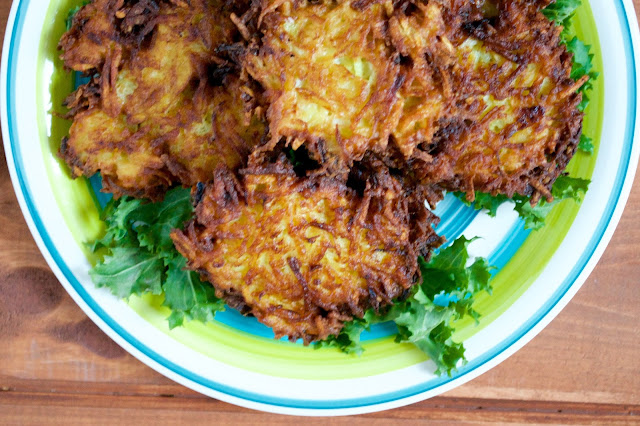 Once the latkes were done, I had two thoughts. One was "dang latkes sure are ugly" and the other was "do I want sour cream or apple sauce on mine?" OH THE HUMANITY! 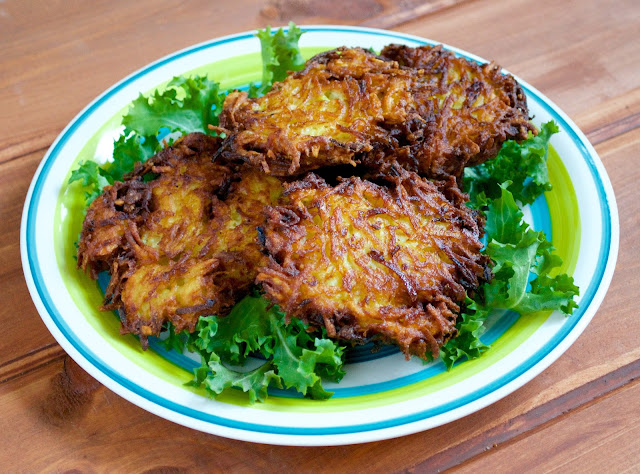 Happy Chanukah, friends, for those who celebrate it! I hope you get to spend it with loved ones and a big plate of crispy golden (albeit ugly) latkes! 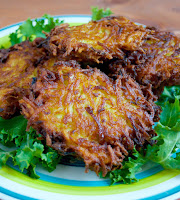 *cook times will vary depending on your stove, pan, oil, etc. The best advice I can give is to just watch them closely and once both sides have browned (or darker if you like 'em crispy like we do), they're good to go.
Posted by SaraLily at 10:00 AM