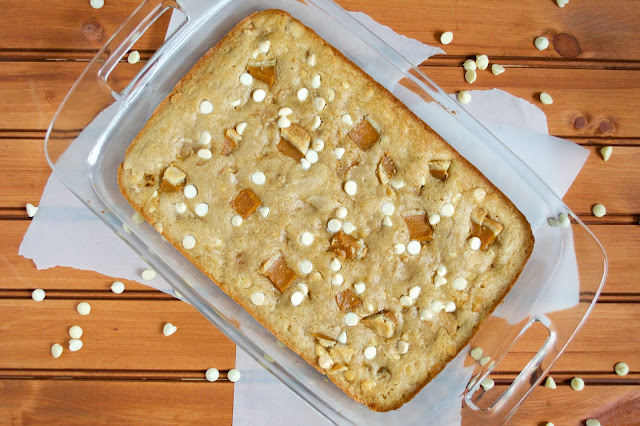 So it's fall. It's the last week of October, which means it's more than acceptable to be dressed up for Halloween on any given day, sip on apple cider on the regular, wear boots and little denim jackets, talk about Thanksgiving plans, and pick out pumpkins as big as our heads to put on our door steps.

That makes me happy.

Wanna know what else makes me happy?

One thing that I think is missing out on the pumpkin action? Blondies! 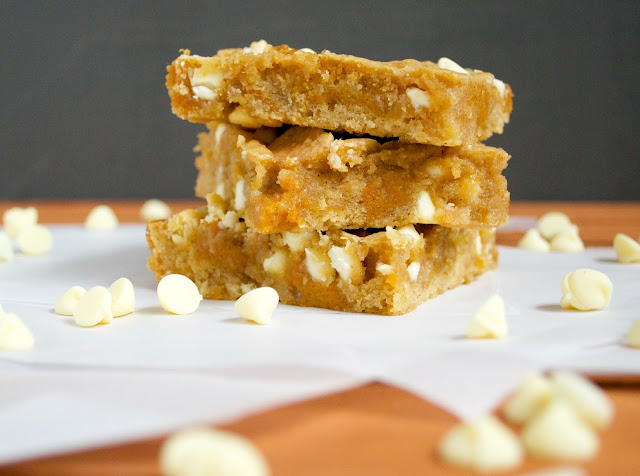 So I dug up my classic Blondie recipe and tweaked it a bit so that it packed a powerful pumpkin punch. 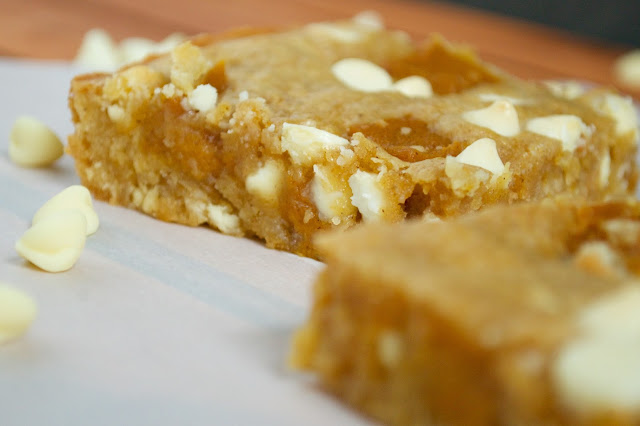 I had this idea when visiting with my gal pal, Christina, who also appreciates a good pumpkin treat on a crisp fall day. Autumnal Appreciation Sisters unite! The moment I mentioned shoving pumpkin pie into Blondies, she wanted in. So I invited her over and we got our Einstein on in the lab, erm, I mean, kitchen. 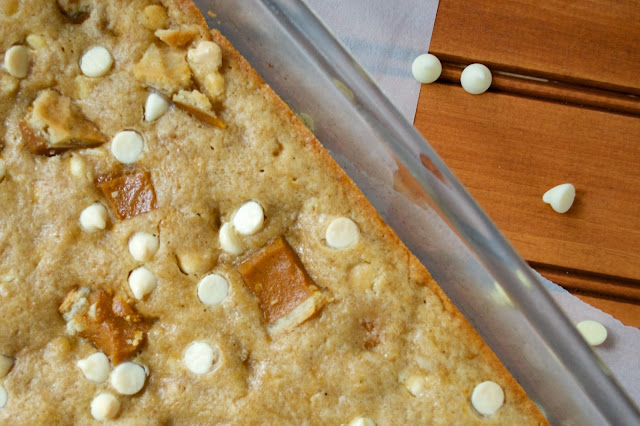 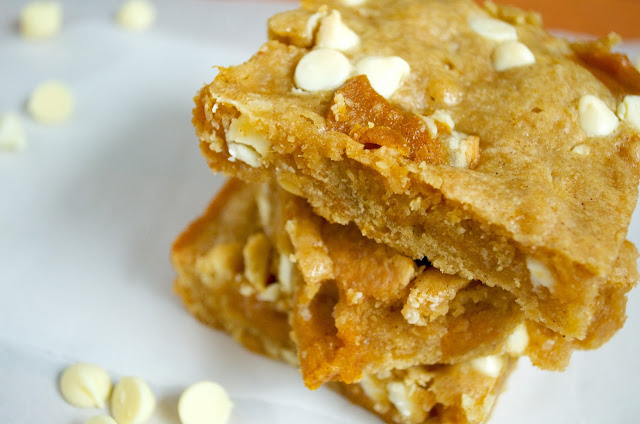 Christina suggested the addition of white chocolate chips and I nearly kissed her adorable smiling face. YES! YES! Let's dump those sweet white chocolate morsels right in! Why NOT? 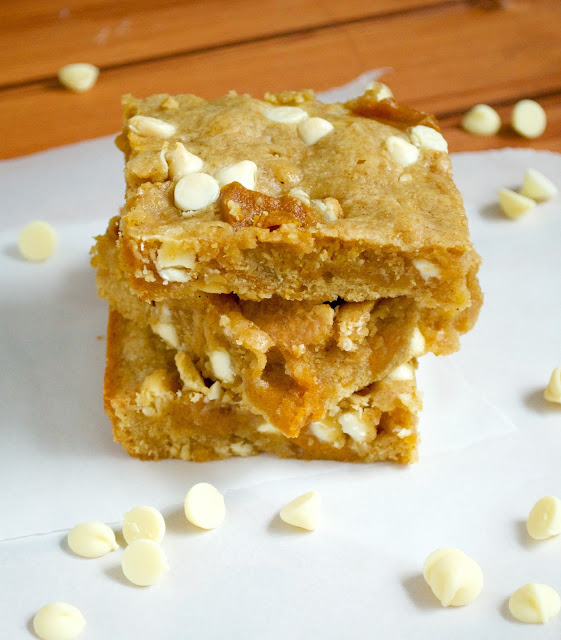 We don't hold back in my kitchen. 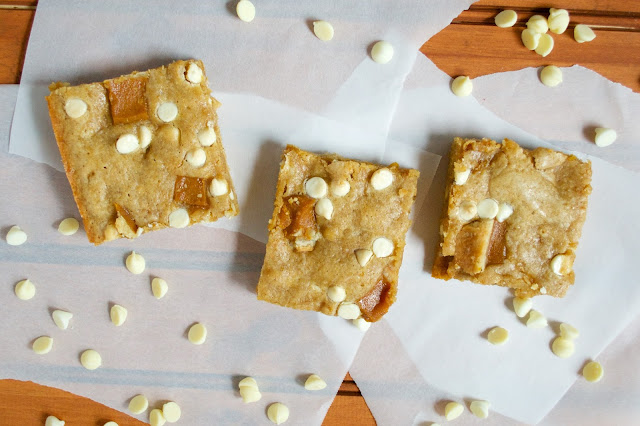 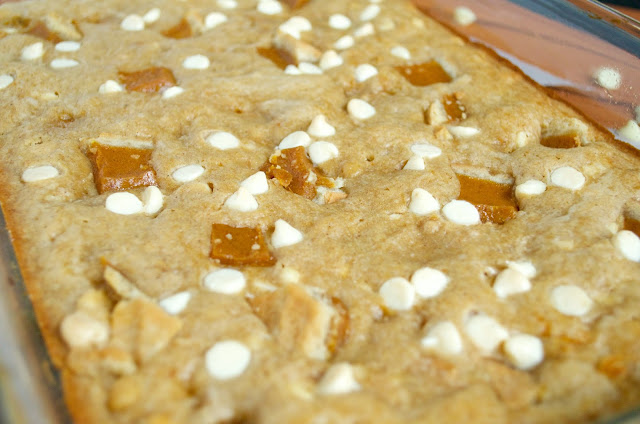 We worked hard, oh did we, and after all was said and done...these Pumpkin Pie White Chocolate Chip Blondies were born. 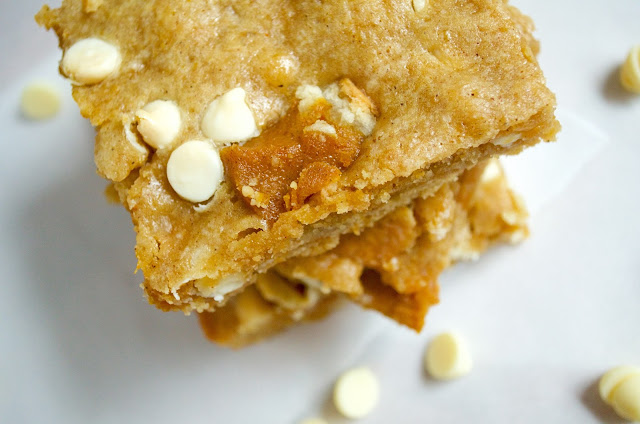 So now the question is...when is it OK to start talking Christmas plans? Because I am SO READY. I have done some of my shopping, I've got Christmas tunes on the iPod, and if Cody allowed, I'd totally have the tree up already.

Still too early? REALLY? You guys are a tough crowd. 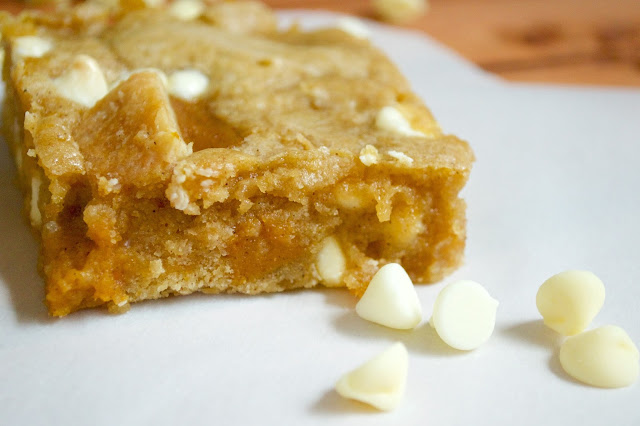 Fine. Instead, I'll just go eat the rest of these Blondies and listen to Hanson's "Snowed In" album all by myself. I DON'T NEED FRIENDS ANYWAY! 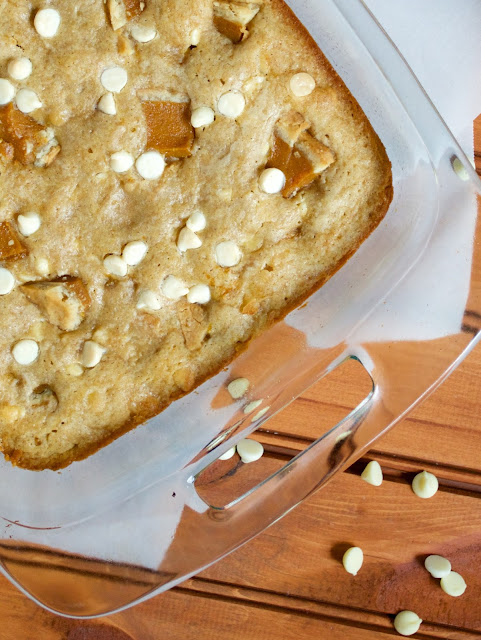 *Using frozen pie helps keep the chunks together when folding them into the batter. If the pie is not frozen, arrange pie chunks on top of your Blondies once in the pan and gently push them into the batter so they're semi-submerged.
Posted by SaraLily at 10:00 AM