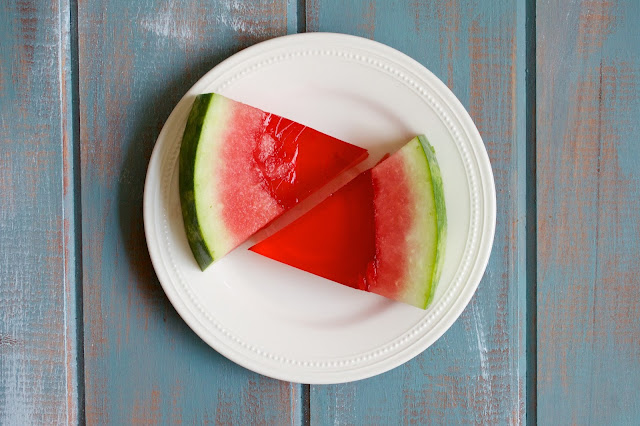 I have made these Jell-O shots maybe 3 times now since discovering it on BuzzFeed last year and every time they're the hit of the party. Aren't they the cutest things? The Jell-O stays right on the watermelon rind, making it a perfectly refreshing handheld treat! Since the 4th of July is this weekend, I figured now was the perfect time to share them with you.

It's actually pretty easy to make as well so it's not a difficult task to take on when planning a party. Usually when you see something awesome like this (a la Pinterest) it's too good to be true and they don't come out nearly as kick ass as they did on the picture online.

Kids, I am happy to say that this is NOT one of those ideas and it actually works and comes out amazing. They're even quite tasty and I am not a fan of Jell-O or booze. I am a light drinker, one who is tipsy off one cocktail - a cheap date, if you will. But I do enjoy munching on these slices. 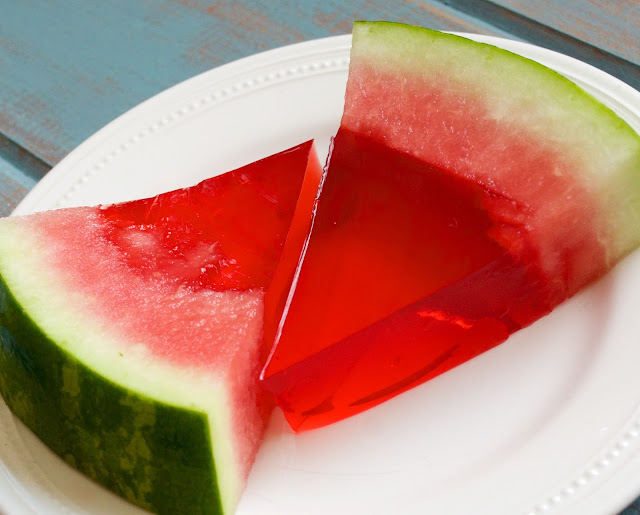 They're perfect for summer parties. Keep them chilled and they'll cool you right down (or heat you right up, I don't know which). They're just so fun and adorable and they fly off the platter every time I make them.

I almost always need Cody's help. He helps cut the watermelon in half for me and he also helps slice them up once set. Below is a shot of him slicing the Jell-O shots after the Jell-O has been sitting in the fridge overnight. 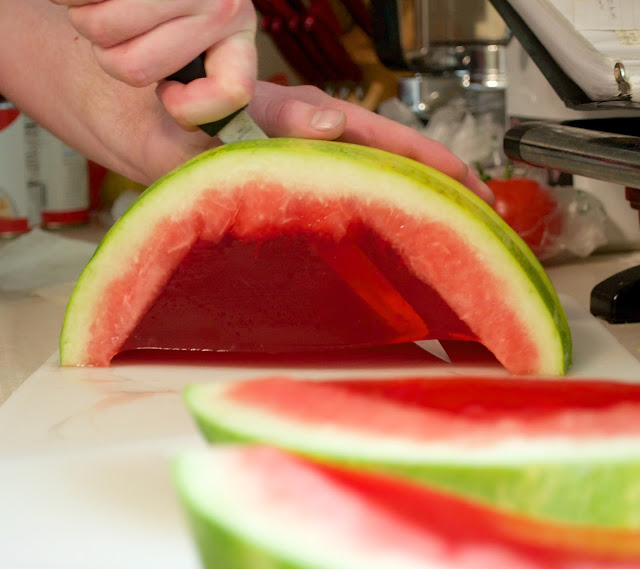 Surprisingly, the Jell-O sticks well enough that it can be turned upside down for slicing. We found this to work much easier than slicing it right side up. The watermelon was more stable and didn't wobble as much. 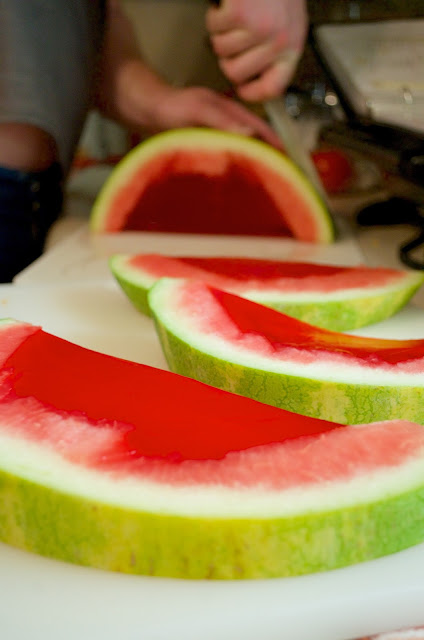 The BuzzFeed tutorial is pretty spot on and includes pictures for each step but below I've written up the recipe as I do it in my own words in case it is easier to follow for you. 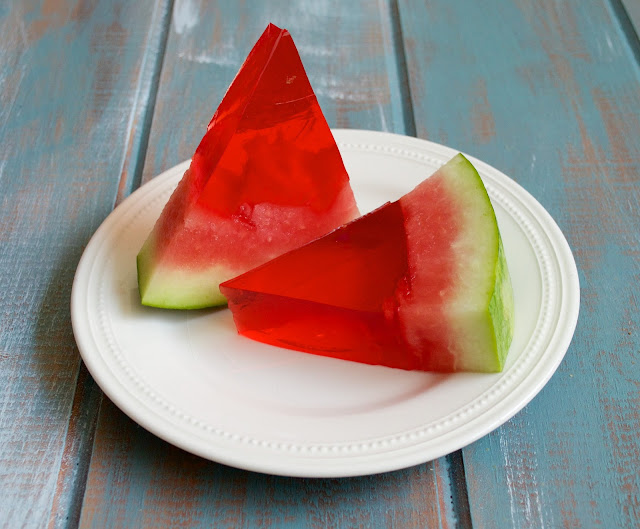 You really can't go wrong with Jell-O shots shaped like actual watermelon slices on ACTUAL rinds, can you? 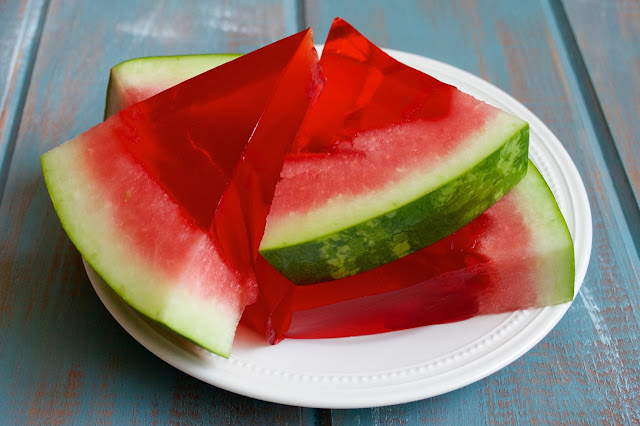 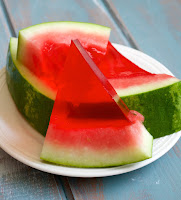