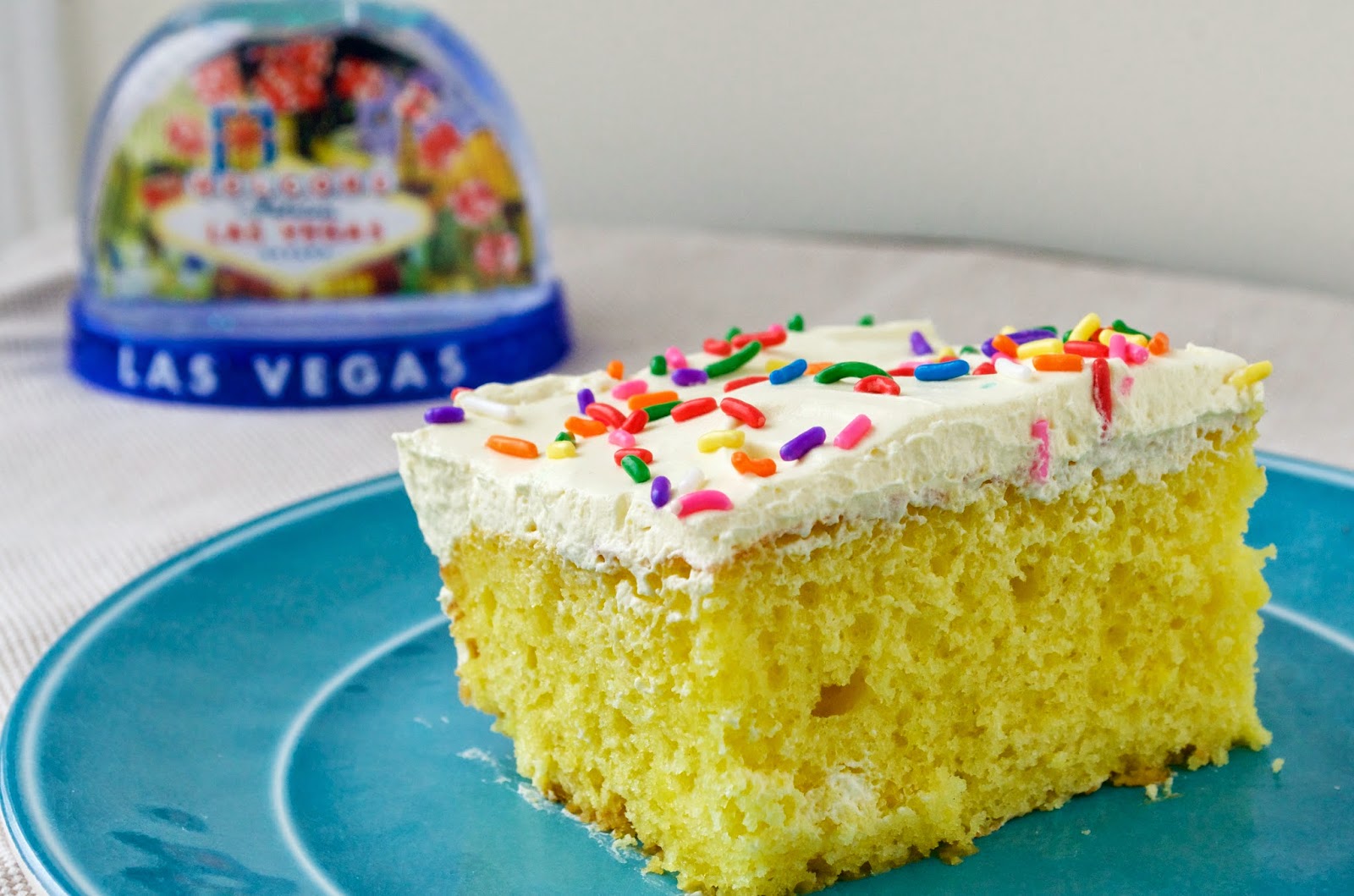 Since I am spending the week in viva Las Vegas for the NAB show at the Las Vegas Convention Center, I thought it'd be the perfect time to tell you all about this cake.

Like most of my family gatherings, I was asked to make dessert for Easter a few weeks back. I immediately thought of this lemon cake mix I had scored for like 50 cents at the grocery store on super sale. Something about Easter makes me think of lemon and other fruity desserts. Perhaps because on Easter, it's supposed to be springy and warm and bright. This year not so much. Oh well! That's New England for you! 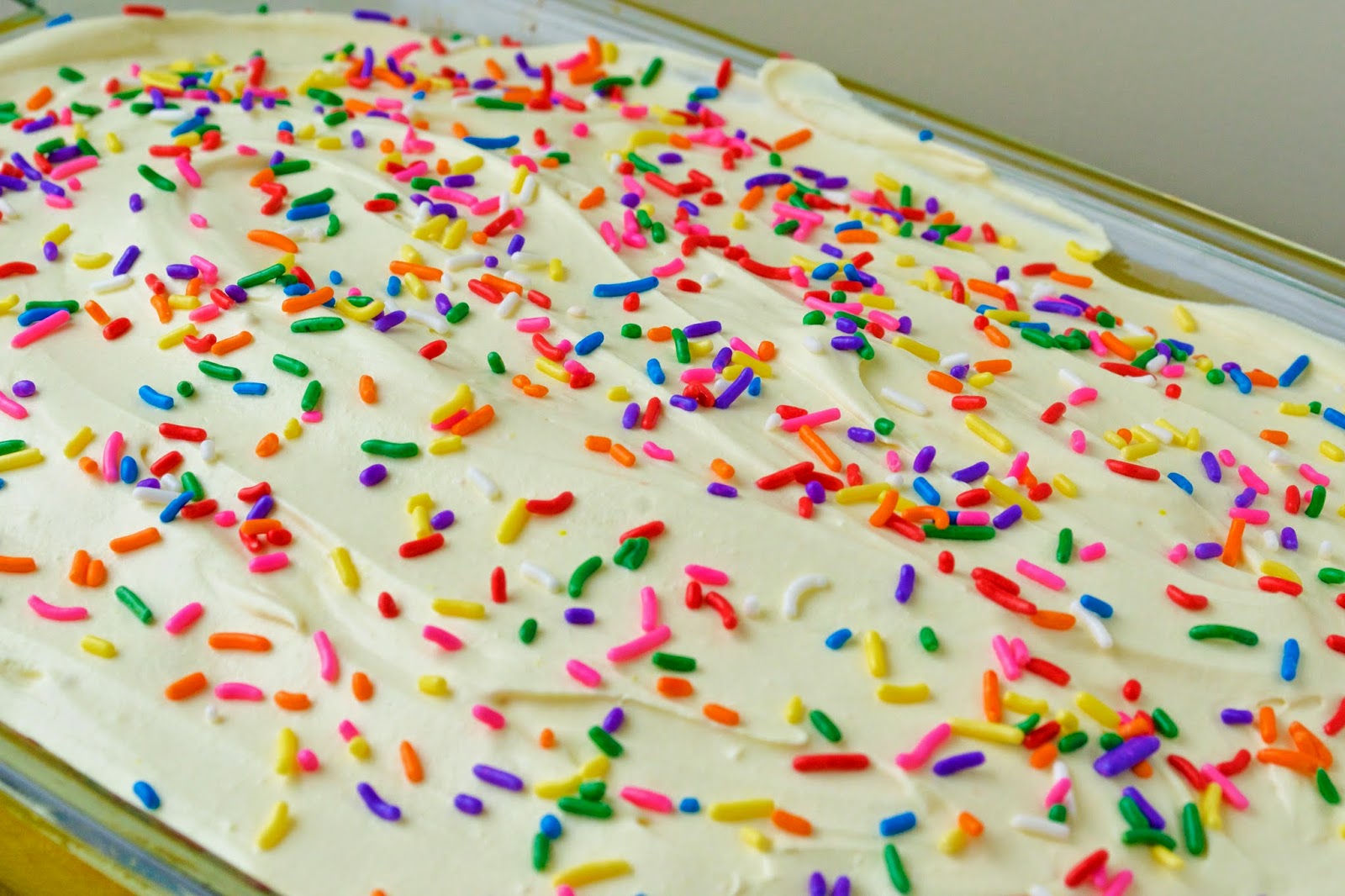 Anyway, I liked the lemon idea but didn't know what I wanted to make exactly. Sure, I could just make a lemon cake - but where's the fun in that?

With a quick Google search for fun ways to use a lemon cake mix, I found this recipe. First, the Las Vegas in the title caught my eye but after reading the recipe I was insanely curious. 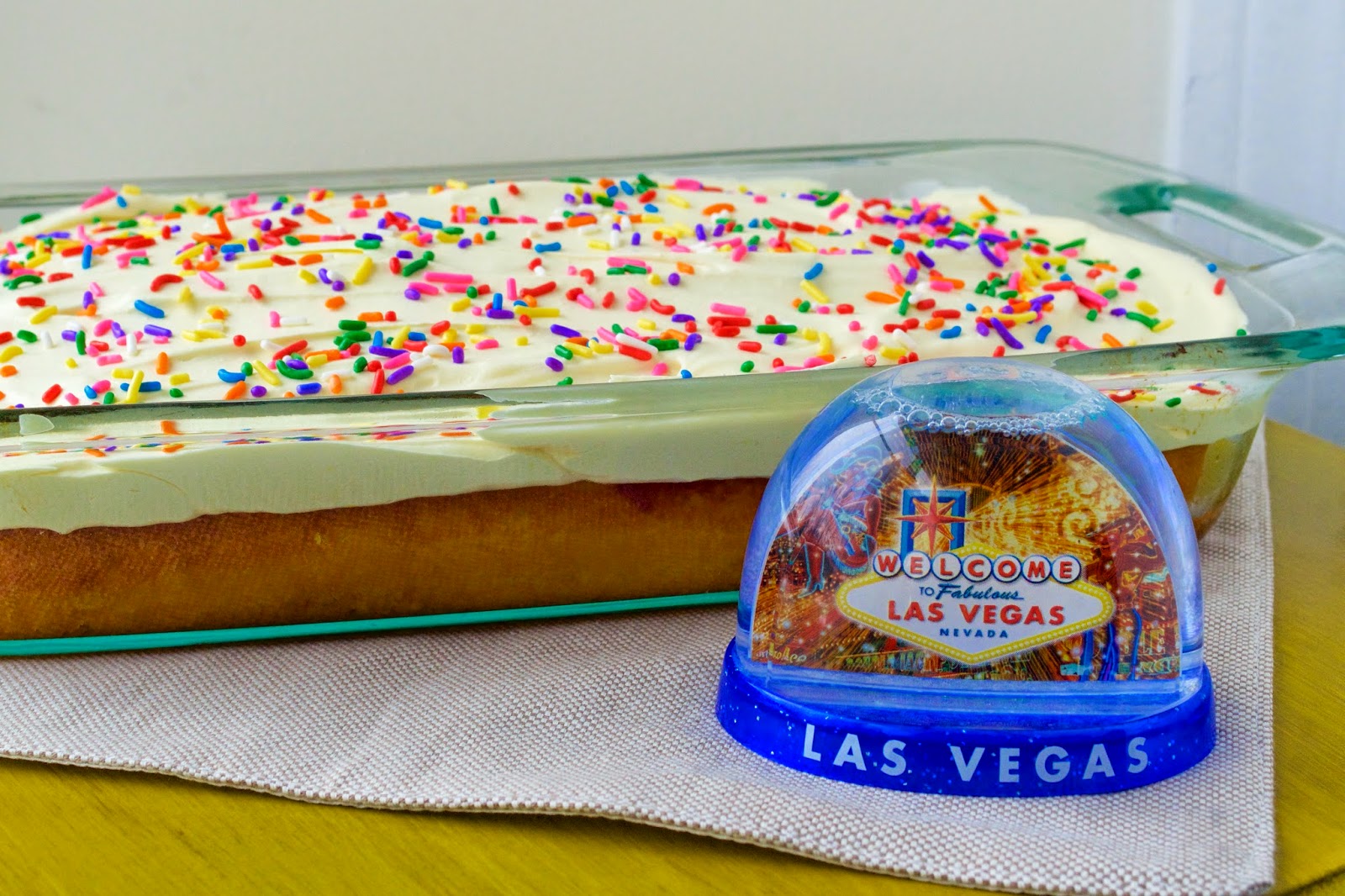 A poke cake using lemon Jell-O and lemon pudding? This cake sounded like lemon on steroids! Count me in!

Plus, it's practically fool proof. You guys know me by now - easy is my middle name!

When it comes to baking!

Get your mind out of the gutter, guys. 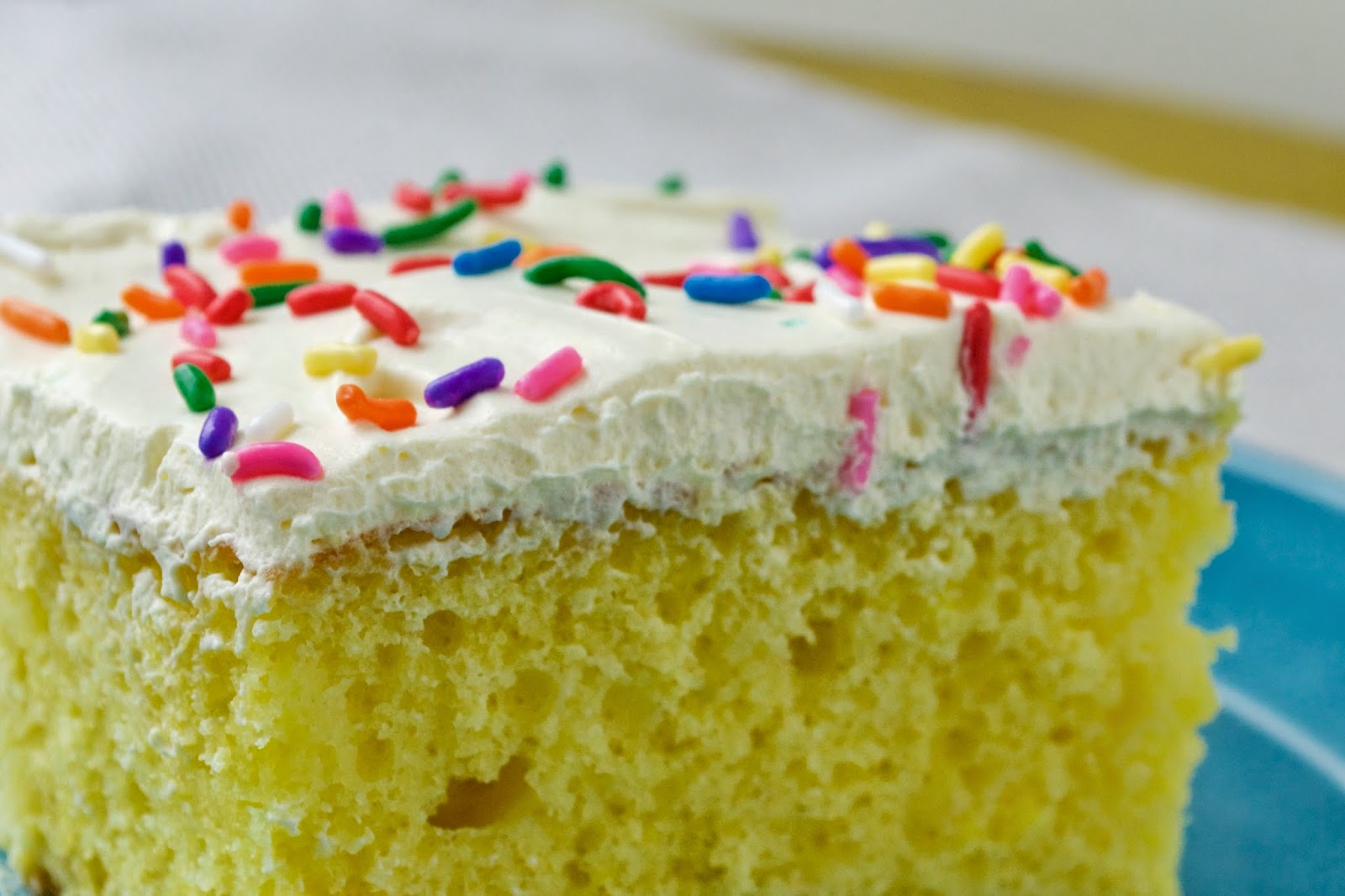 It's a poke cake in the literal sense that when you take the cake out of the oven, you poke it to death with the end of a wooden spoon. But don't expect pockets of Jell-O upon slicing it. Instead, the Jell-O mixture absorbs into the cake, making it super moist with an extra punch of lemon. It's not overly tart, though. 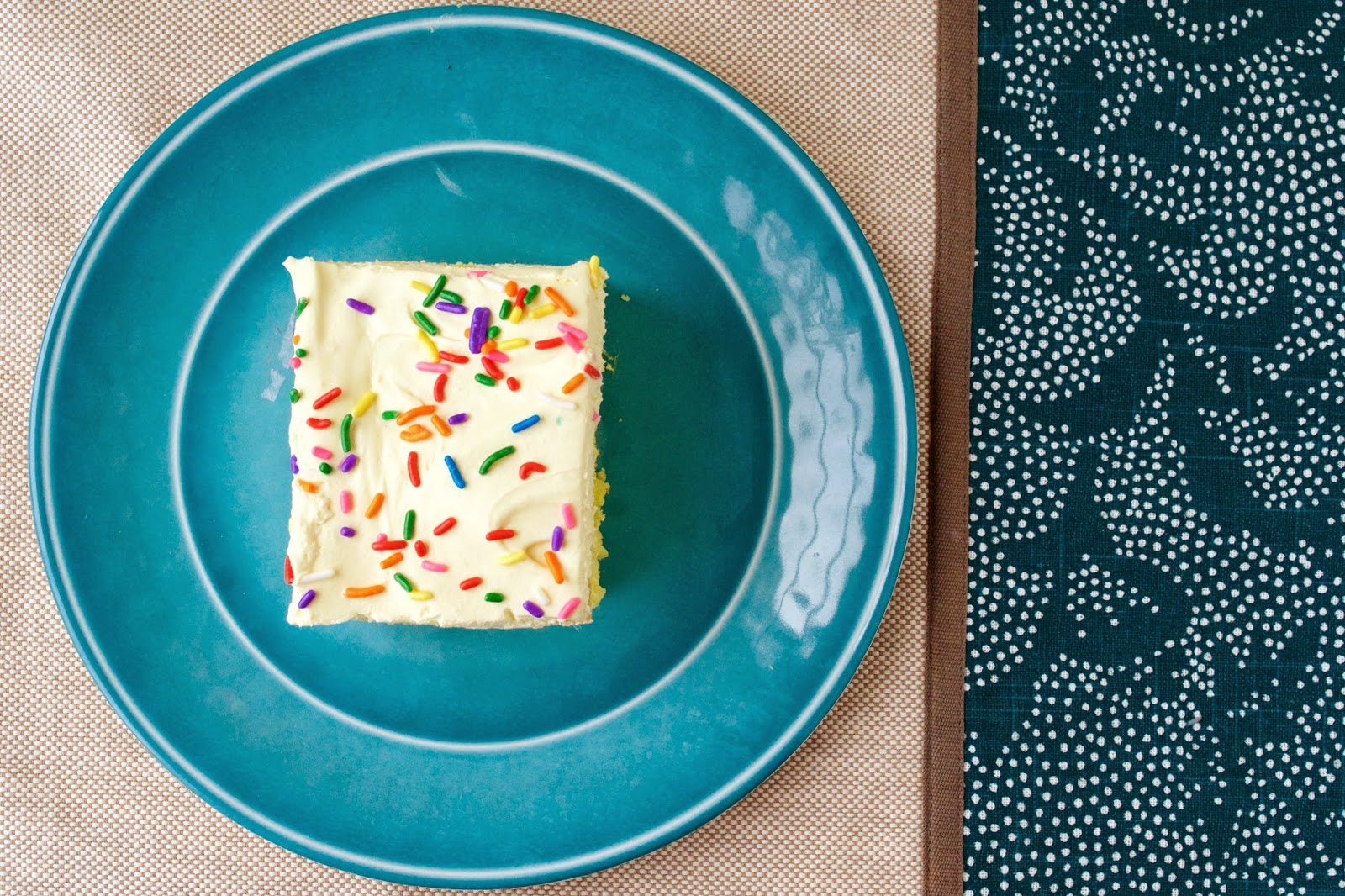 The Cool Whip topping is just heavenly. Light and fluffy, it compliments the cake perfectly. Since it's made with lemon pudding, it just keeps the lemon flavor train going.

Perhaps that is why it's named for Las Vegas - it's a sensory overload just like the Vegas strip! That's not to say it's over the top. All the lemon elements marry together for just the perfect punch. 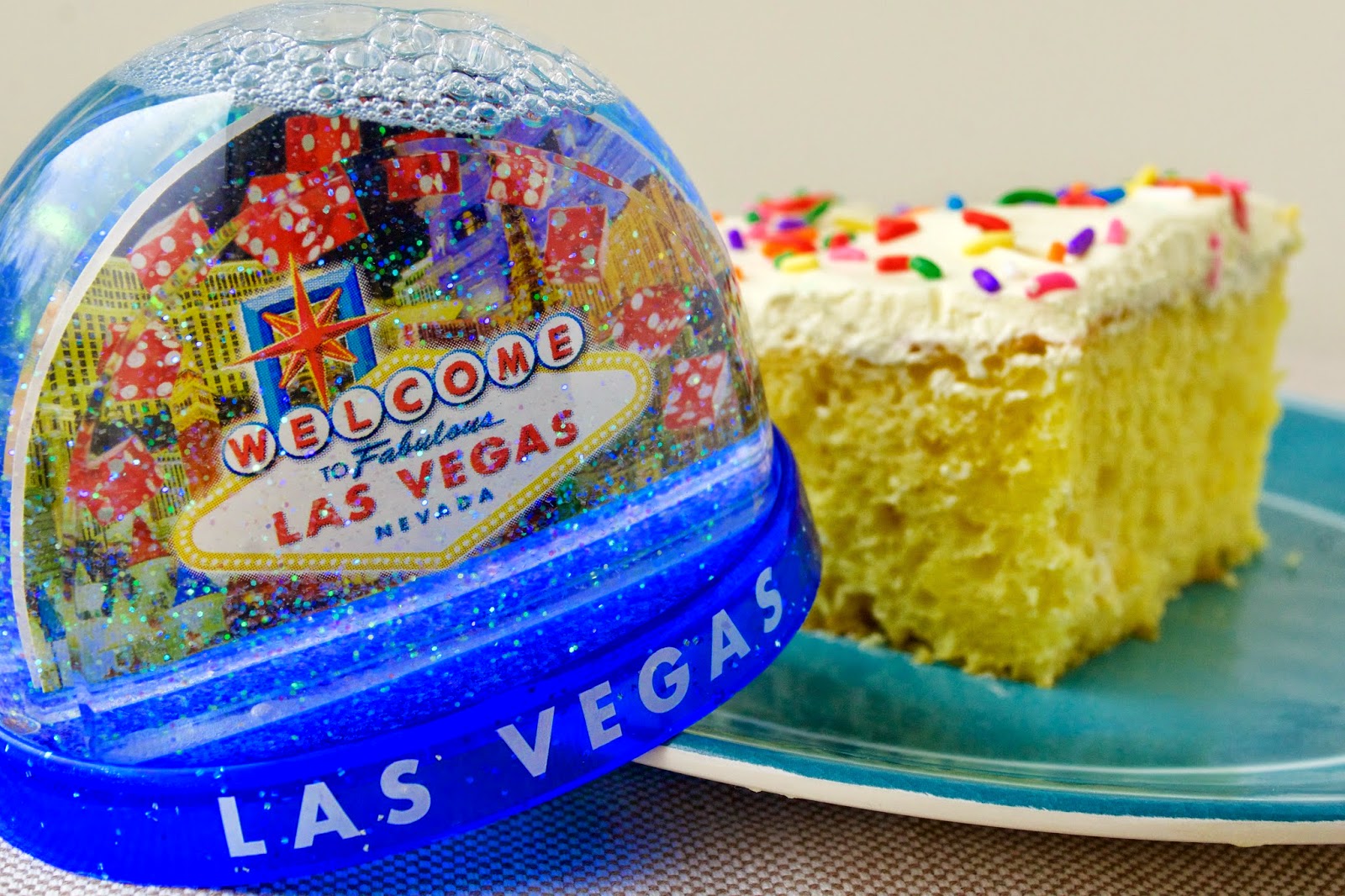 So wish me luck on site at NAB this week, friends! It's bound to be 4 days of chaos and craziness but by the time the show wraps on Thursday afternoon, it will be so worth it. It always is.


Recipe by Adapted from cdkitchen