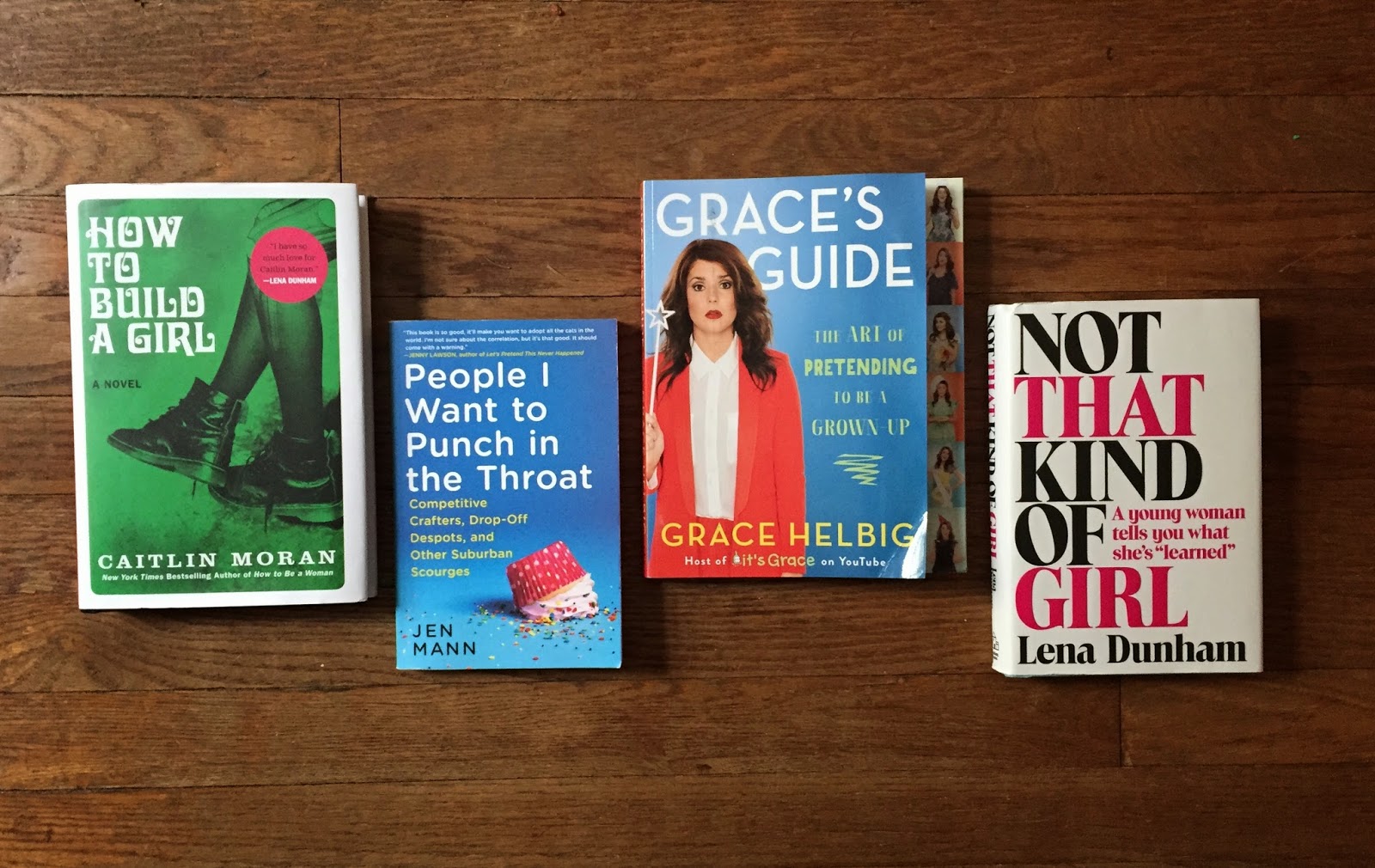 We're back with another swanky edition of What's Sara Reading? I skipped December simply because with all the holiday hoopla I was reading a lot less. So I just figured I'd write up one of these for early January once I had some good reads to post.

December is a funny month. I's my favorite month, but it's a doozy. For the past few years, it's been quite the twilight zone month. It's like because of the holidays, your world MUST get turned upside down. I remember last year being so busy that I barely made it to the yoga studio once that month. This year, I was like "NOPE! Not again! I will NOT break my workout routine this time!"

I had a work trip the week after Thanksgiving and upon my return was sicker than I have been in years. So sick that I didn't go to the gym or yoga for 2 weeks straight on top of already missing that week due to travel (and it SUCKED let me tell you. Yoga is one of those things where if you slack off and leave gaps between your practices, it is SO HARD to get back into). It wasn't fun.

So I've figured out that it's just December. Work slows down because no one wants to work around the holidays, parties happen every damn day and you can't avoid them, or you get incredibly sick and can't function for 2 weeks straight.

You'd think with all that sick time and lack of gym time, I'd have read more books but you're wrong. I actually do a lot of my reading at the gym or on my lunch break (if I am able to grab one!). Better luck in the New Year, I guess.

1. People I Want to Punch in the Throat by Jenn Mann
OK, I knew I'd love it just by reading the title. Even if I didn't particularly fall in love with the collection of essays, carrying this around, knowing people would read the title and back away slowly made me love it enough. Luckily, I did love the words within as well as on the cover. Jenn's hilarious story of being a reluctant housewife/mom cracked me up. It also made me think that it was my future. Like Jenn, I don't think I'll be a good PTA-esque mama in the school community. I just can't fake it and everything I think is usually readable on my face. If you want a laugh and you can relate to being the awkward woman (or man!) out, you'll like this one.

2. Not That Kind of Girl by Lena Dunham
I'm kind of mad the world got angry at Lena shortly after this one came out, calling her a sex abuser over her honesty about being a little kid and being curious about her sister's body parts. For one thing, it's like REALLY? We have all done some weird shit when we were kids. Those who say they haven't are freaking lying. Please. For another thing, though, because of that scandal, I swear they edited the book! I don't think the pages in question are even in my copy and that makes me sad. Freedom of speech, people! That aside, I love Lena's honest way of writing. She never feels the need to explain herself, back herself up, or make excuses. This is just a retelling of her experiences, as they where, plain and simple. Sad, confusing, exciting, and laughable, Lena's stories definitely cover the spectrum. 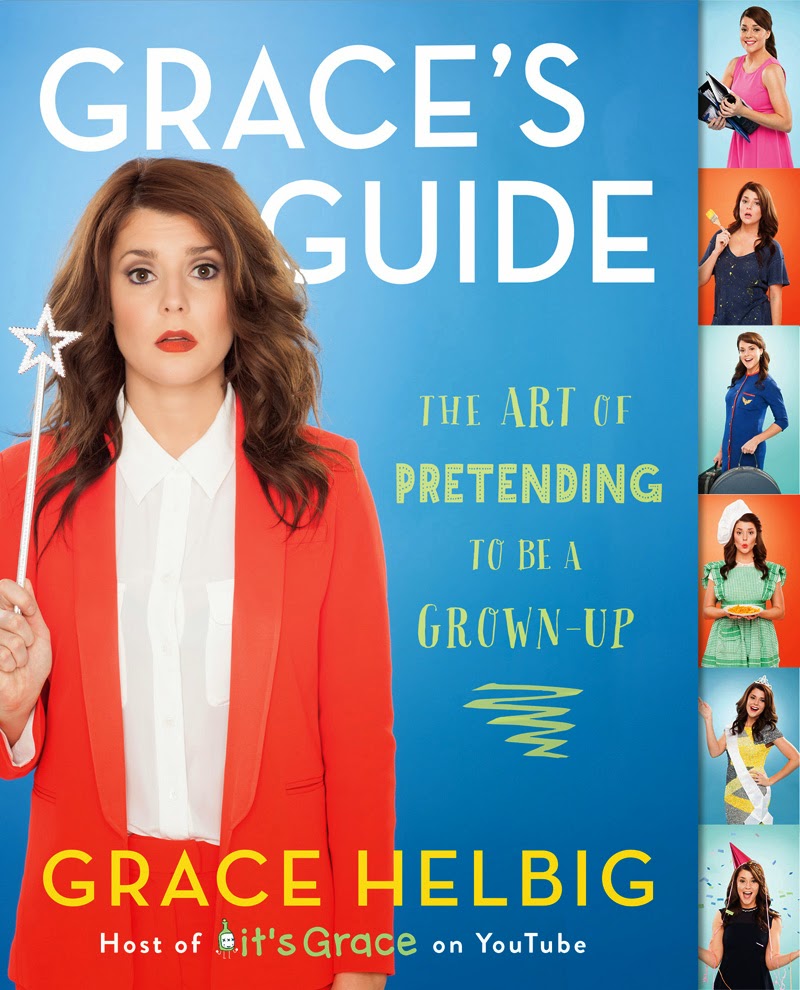 3. Grace's Guide: The Art of Being a Grown Up by Grace Helbig
Have you been on YouTube lately? It's become less of a place to find crappy/funny/embarrassing videos (OK so you can still find a vortex of cute baby animals, that's not changing anytime soon) and becoming more of a genuine source of quality content. YouTube has blown up in the past few years with more and more people starting channels to post vlogs (aka video blogs), scripted content, produced content, etc. YouTube is now like a second TV option. I follow a bunch of folks on there and watch their daily videos on my "coffee" break at work. One of these folks is Grace Helbig. I love her quirky awkwardness. I don't think it's an act, either. I think we are just lucky enough to have found such an adorably odd gal. I was happy when a bunch of YouTubers received the opportunity to release books. Some were actual biographies/novels, others were more fun/how-to kind of books and Grace's Guide is the latter - in the most hilarious and overly real sense!

4. How to Build a Girl by Caitlin Moran
Caitlin's story about Johanna, a young girl trying to find herself in a small house full of kids, progressed differently than I expected. While parts of it were amusing in its realness, some were a bit far fetched. I find that to be true with a lot of coming of age stories. This one is basked in England so there's always that small cultural differences window so that might be it as well. Far fetched bits aside, I enjoyed Johanna's "can do" attitude over nearly everything she was faced with - as it is so different from my own - and really liked her as a character. Caitlin Moran's writing is impressive as well. She definitely has her own style that differs from other lady writers and I liked it. She has spunk.
Posted by SaraLily at 10:00 AM