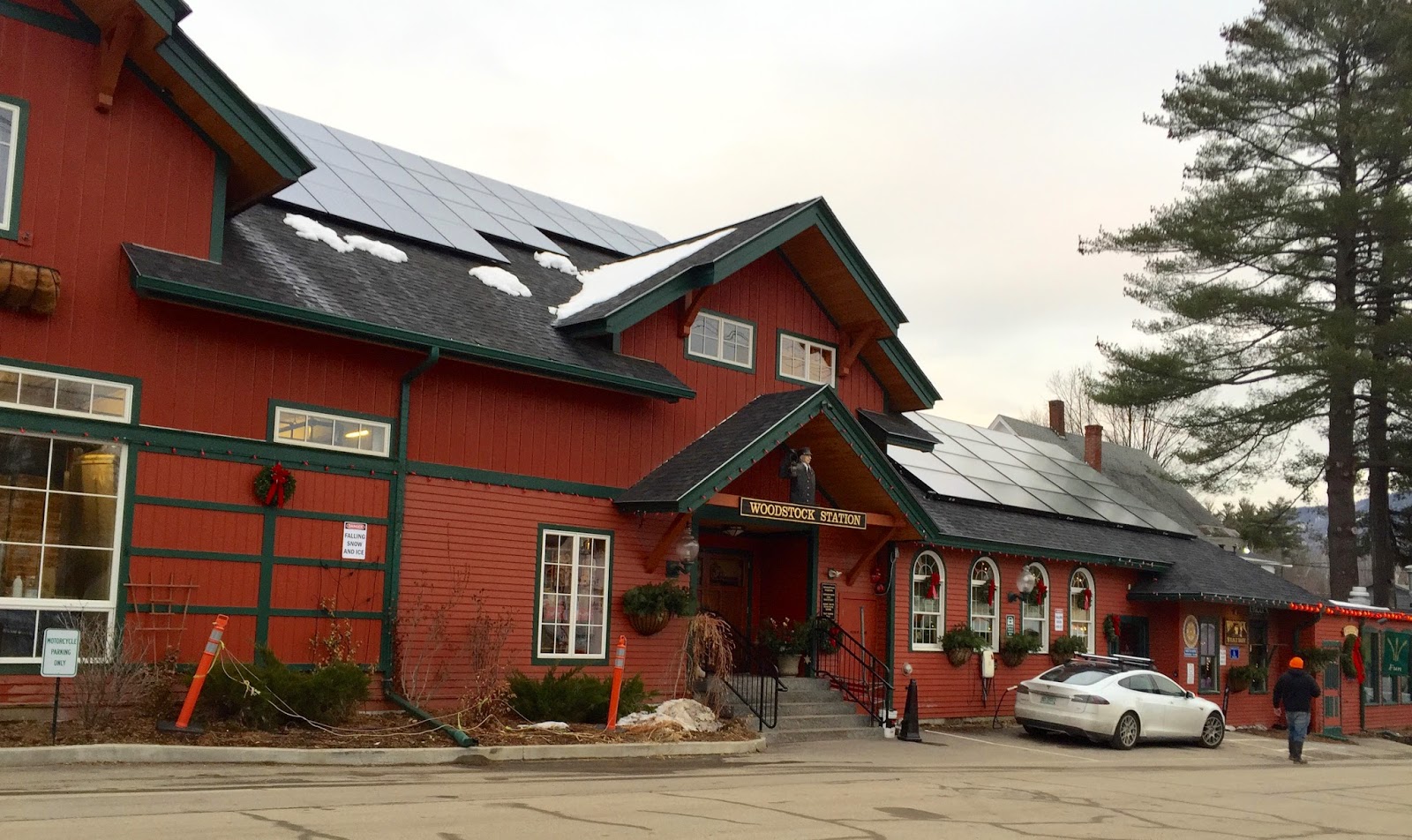 One thing Cody and I have started to love to do together is take little getaway trips. We haven't gone on too many yet, but I sense a tradition forming. Cody's birthday is Christmas (not only does he share his birthday with Jesus, but he also shares it with my grandmother and she LOVES that) so last year to make it a bit more about him, we planned a trip to Vermont. We went after the holidays and stayed two nights so that we could see all the touristy spots like Ben & Jerry's and the Teddy Bear Factory.

This year, I decided to once again plan a getaway. This time, we went to New Hampshire. We're both pretty familiar with NH - I grew up going there every summer and Cody's grandparents own a house on Lake Winnipesaukee. Still, we ventured into a new part of the state for this year's trip!
Our first stop was to the world's largest candy counter - Chutter's in Lincoln, NH. Upon walking in, it is pretty clear that they do, in fact, have a mega size candy counter - it expanded . Cody took his time perusing the many options of sour gummy candies as well as all the chocolate covered candy (there were even chocolate covered bacon pretzel bites - WHAT?).  We also grabbed some funny novelty items for Red and Andrew's stockings like french fry flavored lip balm, bacon floss, and exploding popcorn candy. 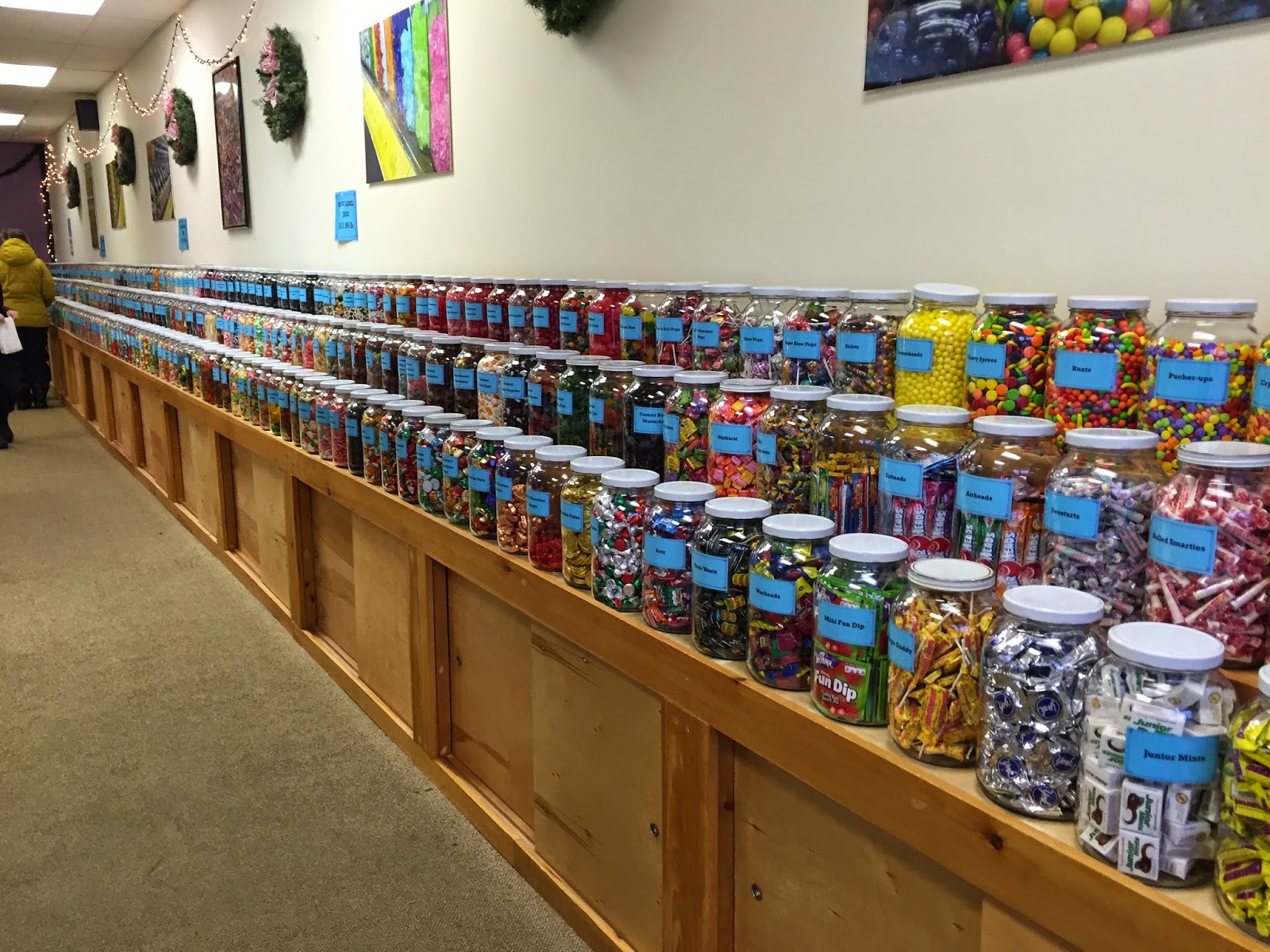 Meanwhile, I went right for the fudge counter where I was informed that with every pound purchased, you got a 1/2 pound for free. I am not one to say no to a deal or fudge so I gladly picked out even more! We surprisingly didn't eat the entire box that night (that was my prediction) and had plenty left over for the rest of the week.

I also decided that calories didn't matter that week due to the holidays and all so Cody and I devoured pretty much every bit before I got myself back in gear with the New Year. Come here, fudgey fudge! 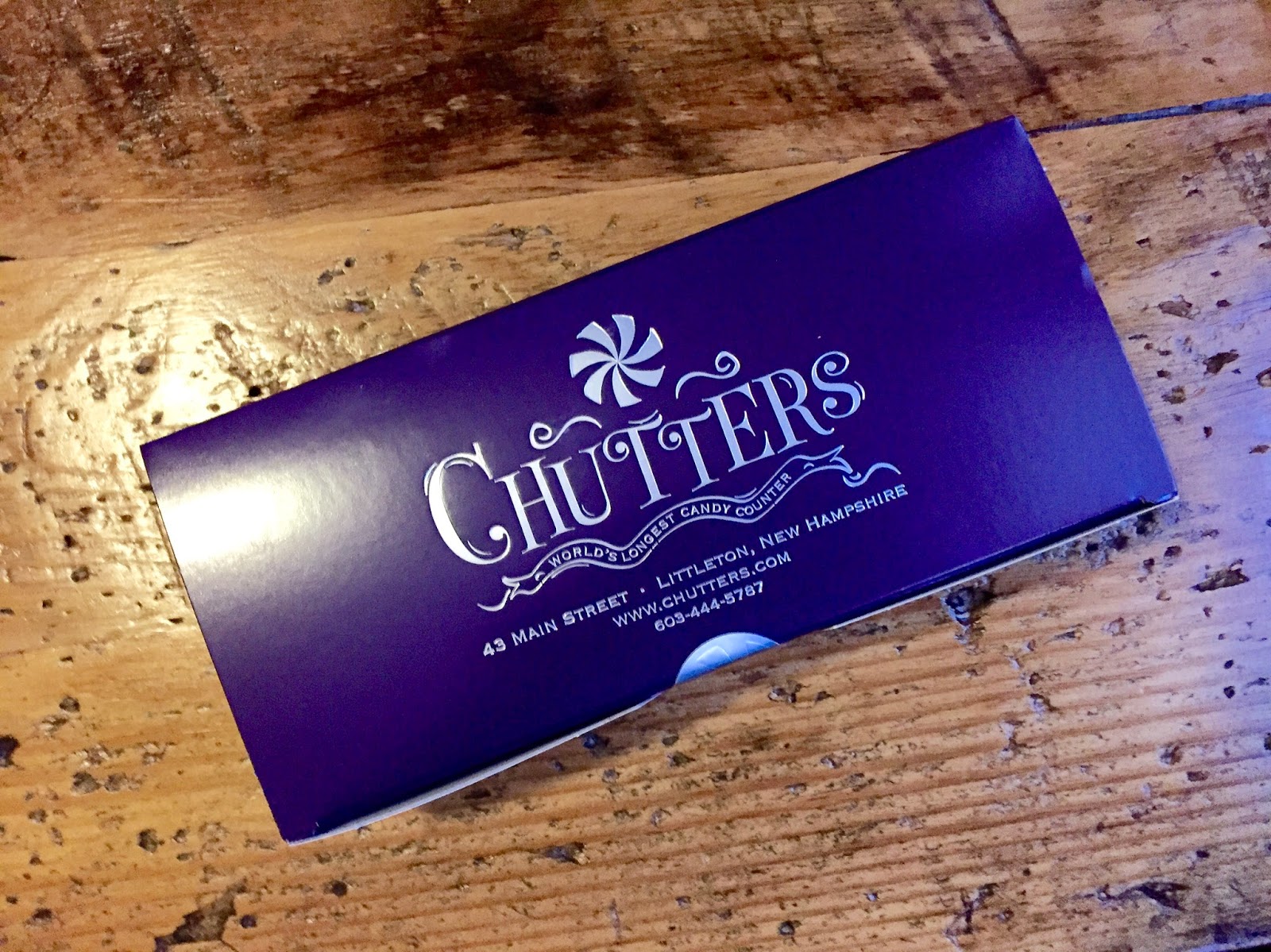 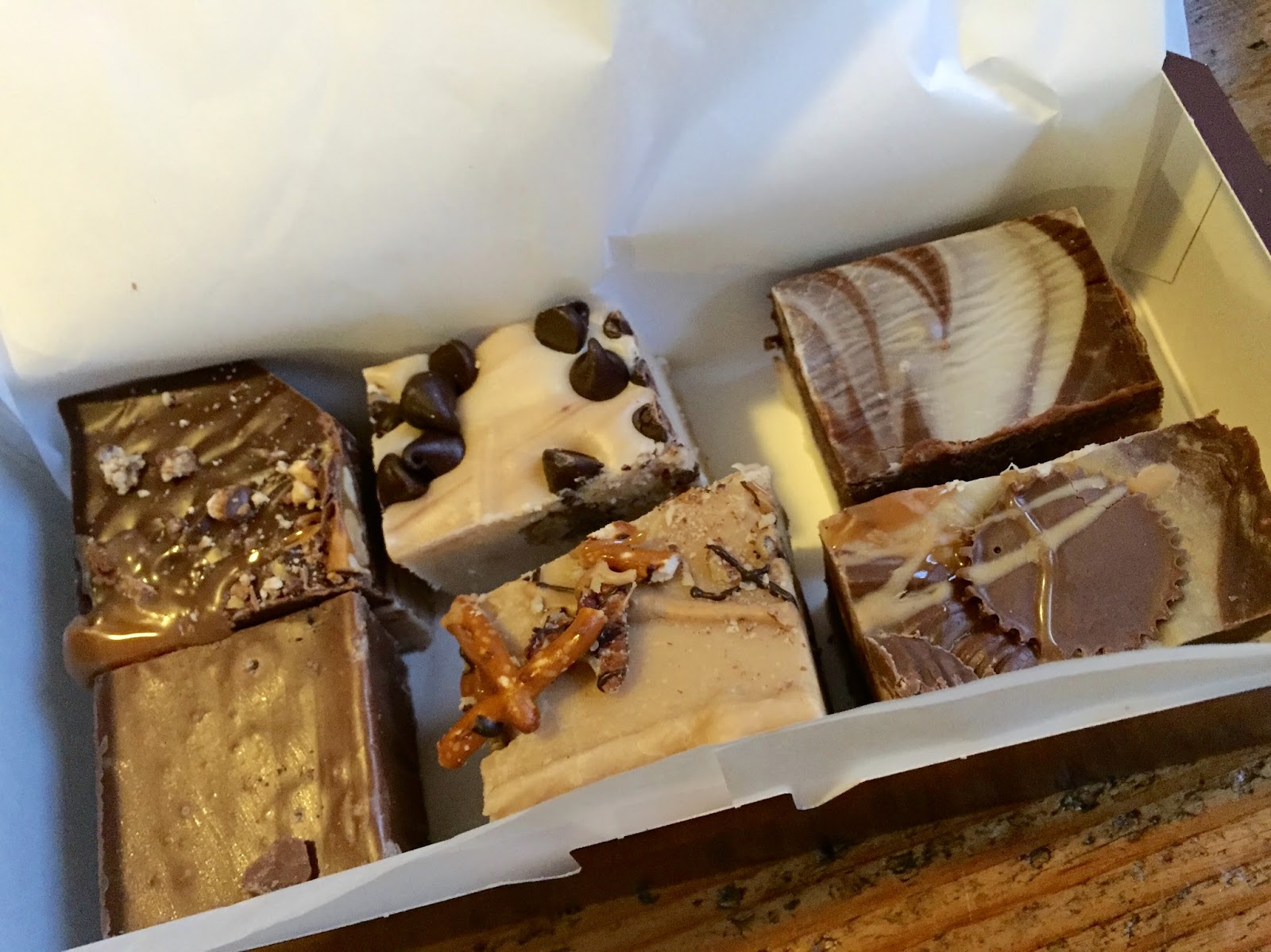 From Chutter's, we headed to our hotel to check in. I was super excited for us to stay where we did - it is not only an Inn, but a bar, restaurant, and brewery! We stayed at the Woodstock Inn & Brewery. I knew this would be PERFECT for Cody's birthday. Upon arriving, he actually recognized the logo and realized he has had their beer before so it made the trip even more exciting for him. 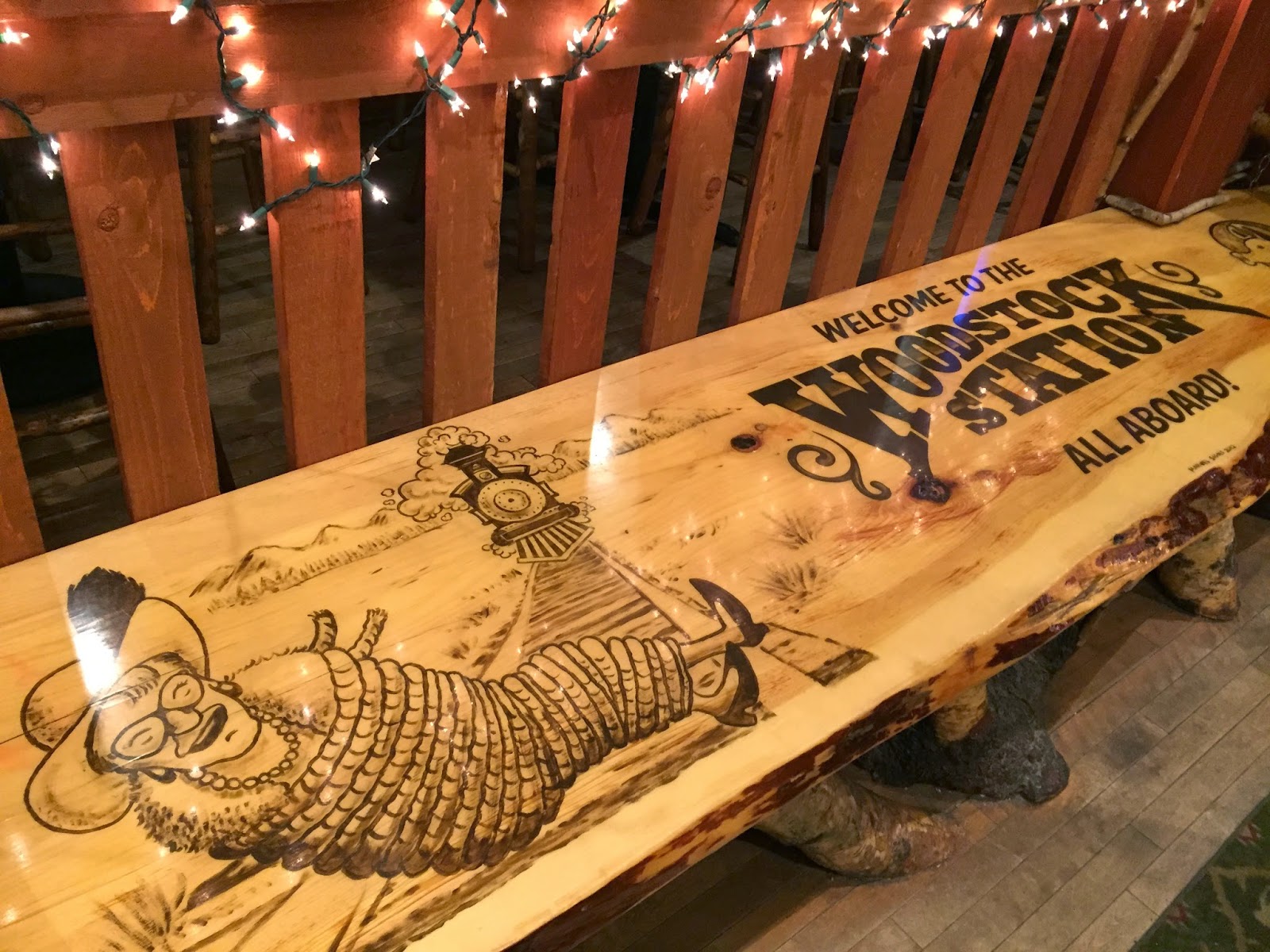 I actually found the Inn on Groupon. I love Groupon, I really do. I never found a vacation on Groupon but clearly this was all meant to be. I happened to be browsing the site one day when I found a deal for one night's stay at the Woodstock Station Inn & Brewery. The Groupon included a free tour of the brewery, two pint glasses, and a growler of beer from the brewery. Cody loves learning about beer, seeing breweries, and, of course, drinking beer so I knew this would be a great birthday trip for him.

My favorite part was our room. I had opted for a Grand Queen room (really because it had a Jacuzzi tub in it!) and we stayed in their Tuckerman room. The Inn has rooms within its main building (which is made up of the brewery, bar, and restaurant) but also has separate buildings on the property with 2-3 rooms in each! 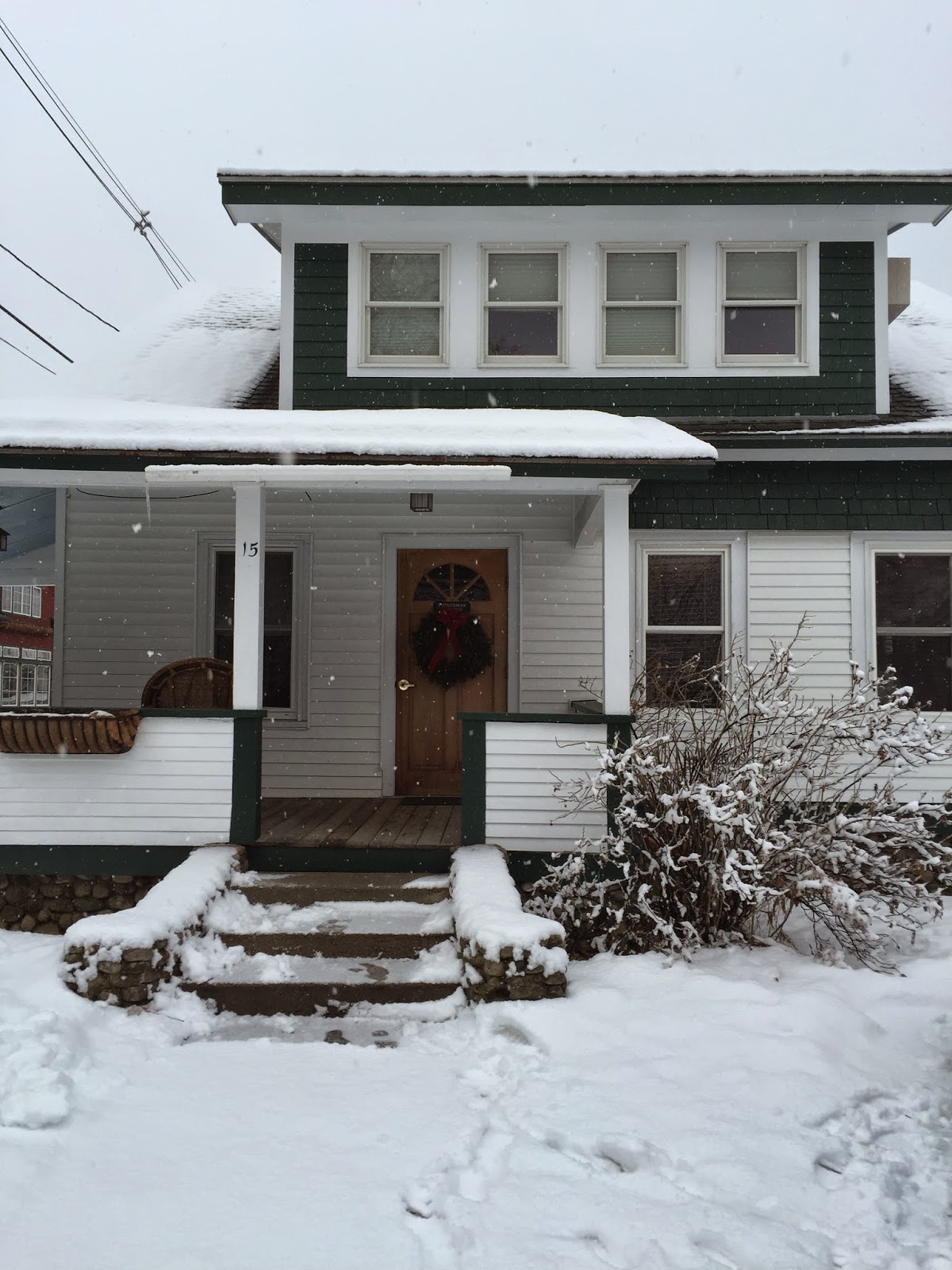 Our home for the night! Well, part of it anyway!
It was a great surprise to wake up to a snowy morning as well!

Our room, though, was more like an adorable, retro, and funky apartment than a room! I was impressed, overjoyed, and, of course, tickled by all the awesome details. I especially loved the wallpaper, the staircase that led from our entryway/door to our actual living space, and the other small details like the guest book in the living room and the old fashioned style keys. 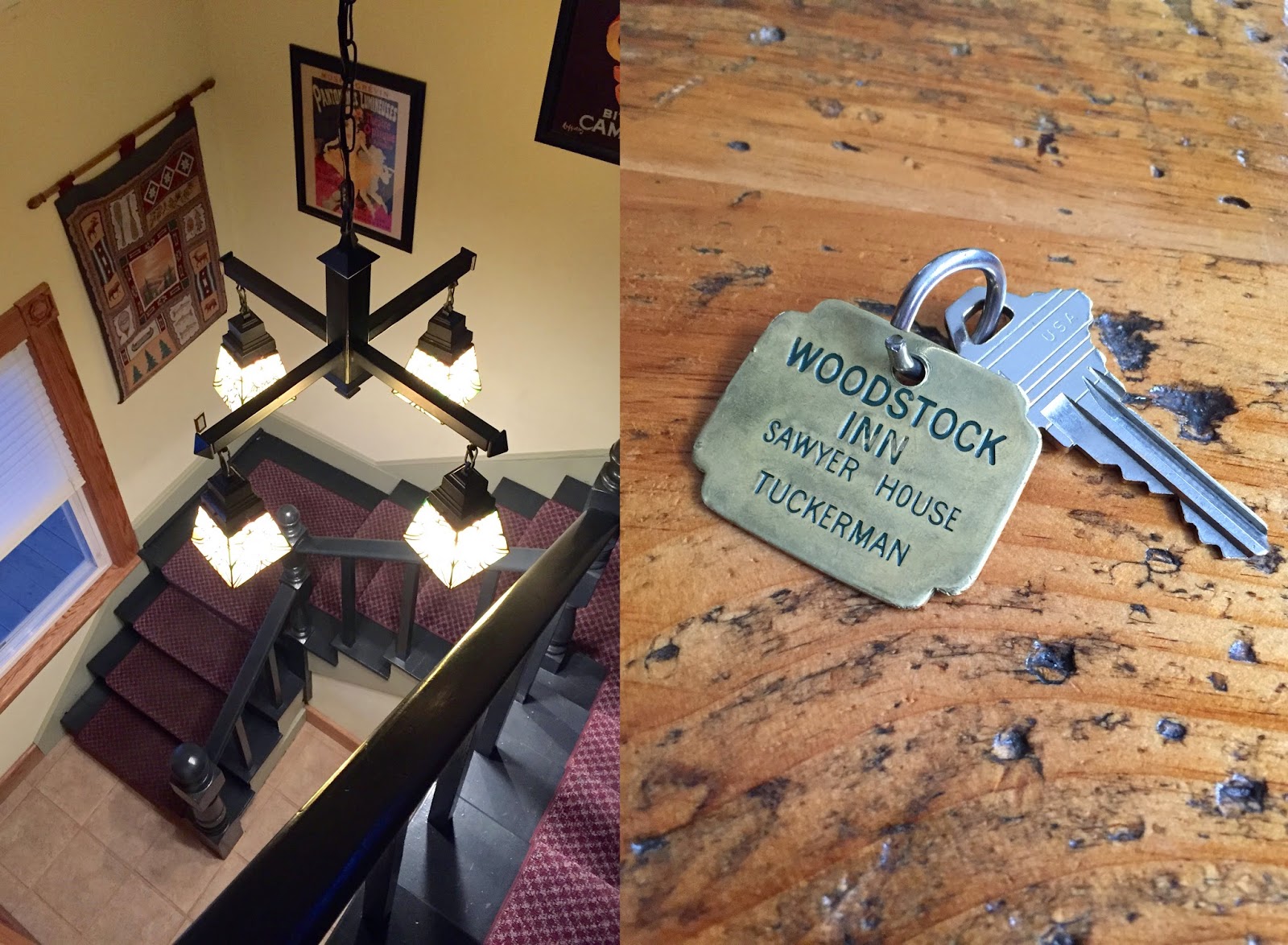 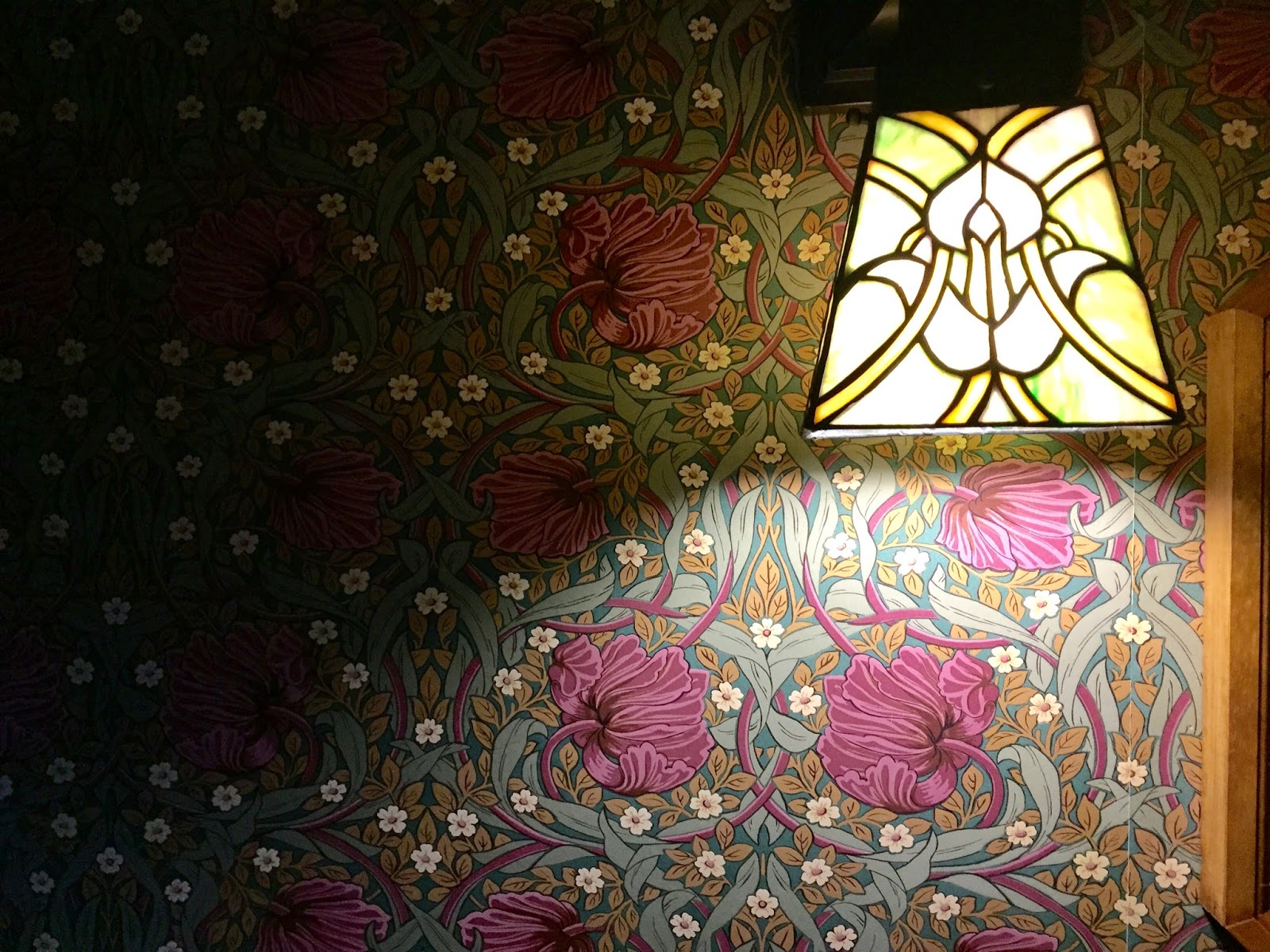 If this wallpaper was a dress? Oh you KNOW I'd rock it!

We stayed last Monday night. I figured since we both took the week off from work, we had more time before Christmas than after it. I knew I wanted to be back before Christmas Eve so I'd have plenty of time to bake and get everything ready for the actual holiday. So driving up Monday, December 22nd and returning Tuesday, December 23rd worked perfectly! 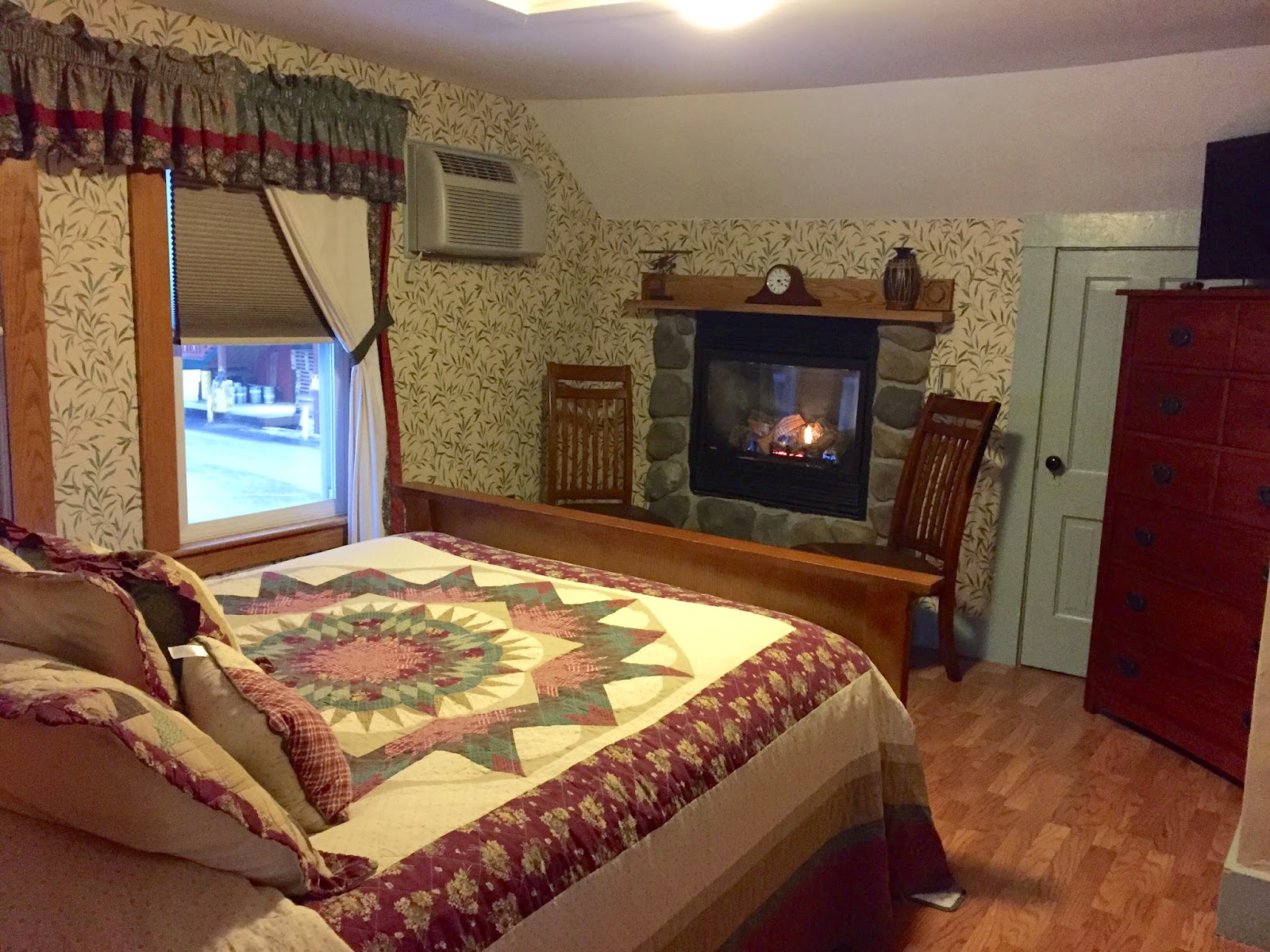 A fireplace in our bedroom? SWOON!

The room was perfect and the bar was awesome for some late night drinks after dinner. Before heading to the bar, though, I took Cody out for his birthday dinner. We went to The Common Man in Lincoln, NH. The Common Man is famous in New England - and with us now! His family goes all the time when they're heading north to stay in his grandparents' house so when I discovered there was one only minutes from the Inn, I knew it'd be where we'd go for his birthday meal. I have only gone to a Common Man restaurant once so I was excited to try another! Seriously, they have so many locations in NH and they're all so good!

I urged him to get whatever he wanted and, boy, did he! The birthday boy ordered the filet minot (he had never had it before!) and with it, a fleet of scotch. Cody loves scotch (one of his many old man like preferences that I tease him about) so having a sampler all to himself was awesome - it was also funny too, since he kept joking that instead of a cake, he'd prefer a glass of good scotch with a candle in it. It was meant to be! 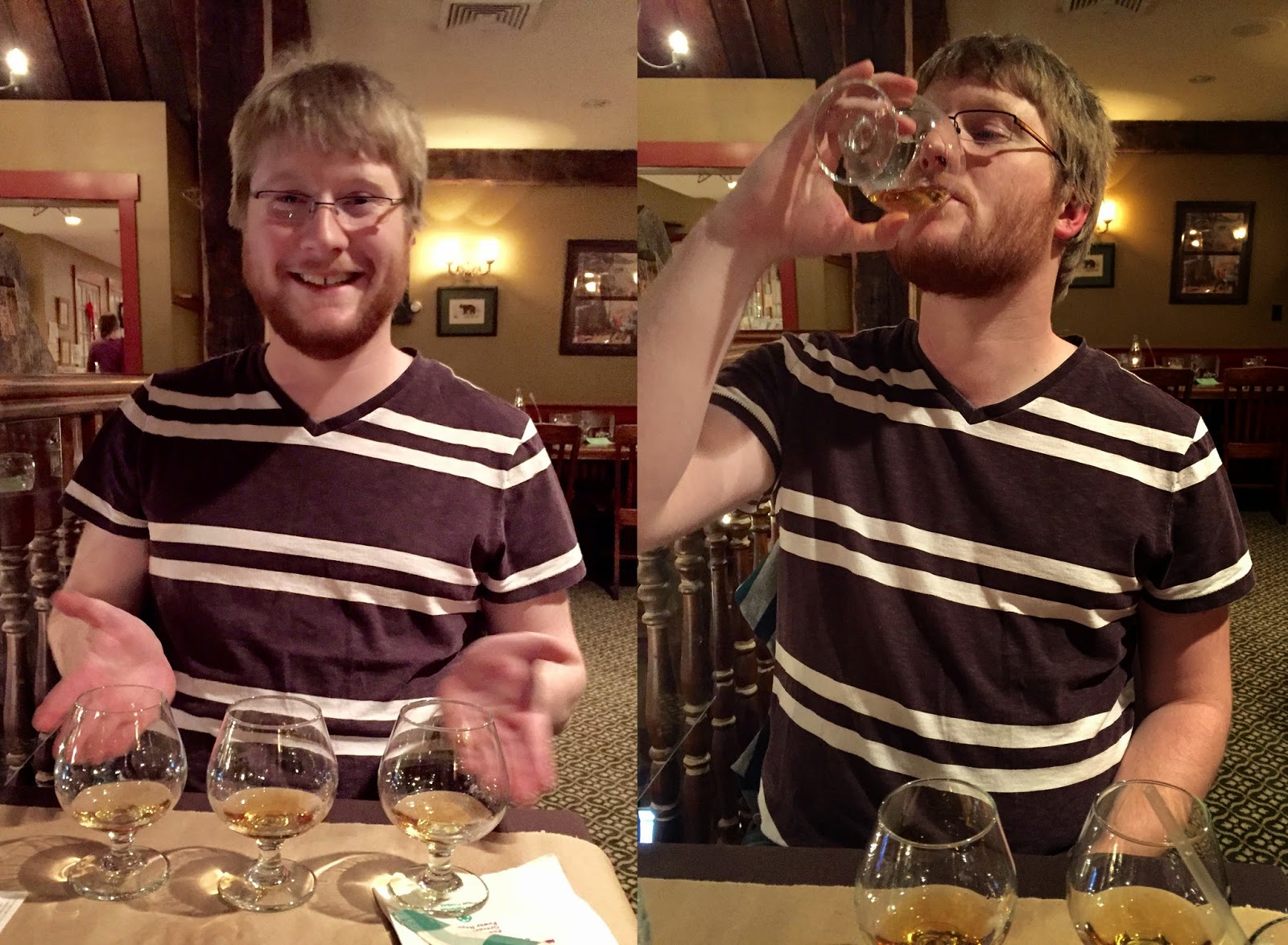 Dinner was delicious and we left the restaurant so full we could barely walk. Since we had eaten earlier than usual (by the time we arrived in NH after our 2.5 hour drive, we were so hungry so we headed right to the restaurant after we settled in at the Inn), we kept thinking it was later than it was. We were ready to be lazy, call it a night, and watch TV in bed when we realized it wasn't even nine yet!

Since we couldn't waste our one night out being lazy in bed (although it was tempting with that fireplace!), we pulled ourselves together and headed to the bar in the brewery and had a couple drinks. It was nice since no one had to drive anywhere (I am always the designated driver since I don't like to drink all too much)! We only had to walk across the street to the Sawyer House, where our room was! 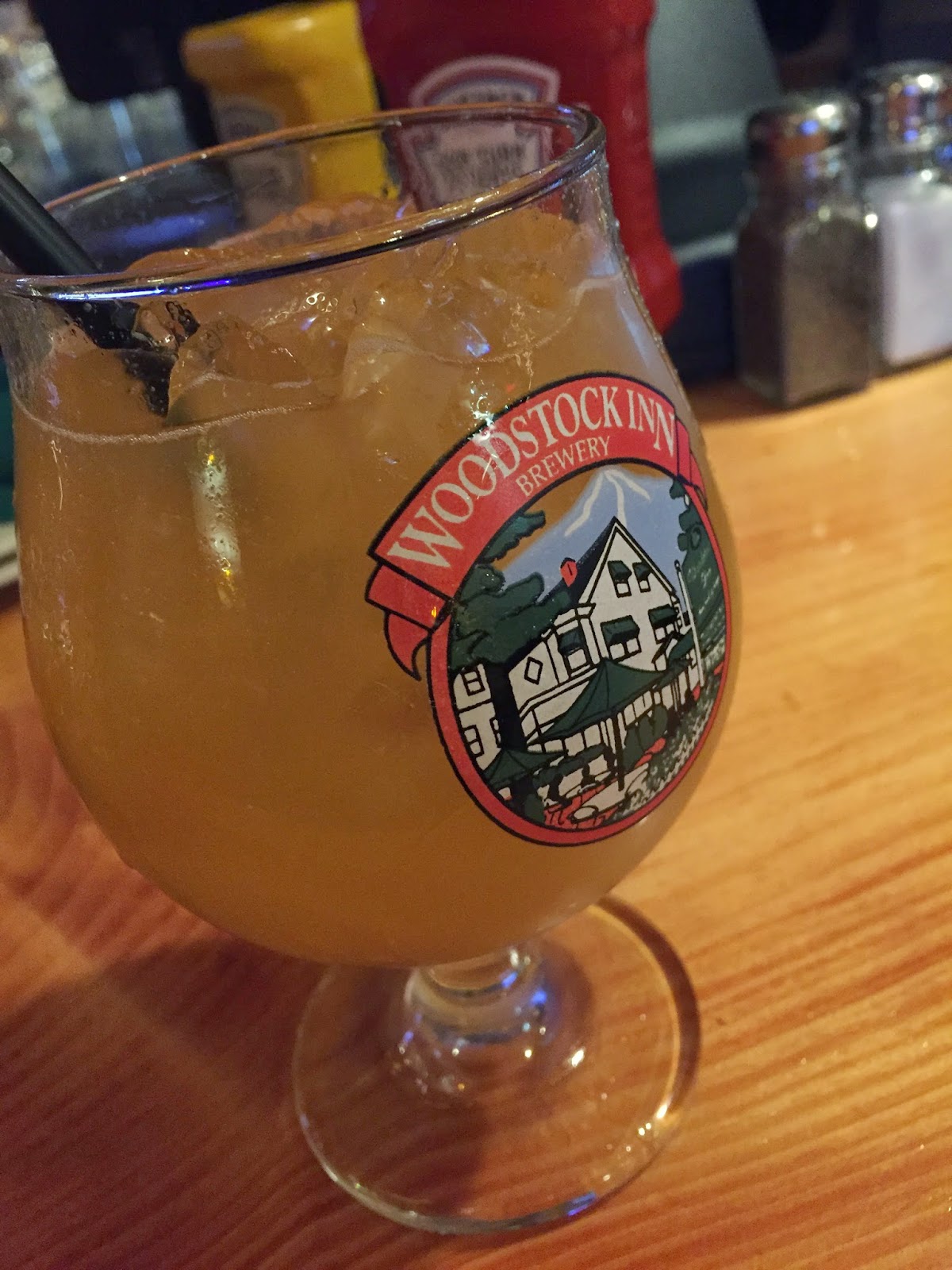 I can only do fruity things so I sipped on a Mai Tai - and got to keep the glass! Score!

The next day, we enjoyed our complimentary breakfast in the restaurant (to our surprise, we could pick ANYTHING from their full breakfast menu - it was included in our reservation price!), checked out, and spent an hour or so on the brewery tour. hearing all about how they brewed their beer and seeing the process. It was great! Cody's favorite part about seeing breweries with me is that he gets to drink all my samples since I dislike beer very much! This place knew how to give samples. Everyone got 3-4 "samples" - he was pouring half pints for each of us to try! 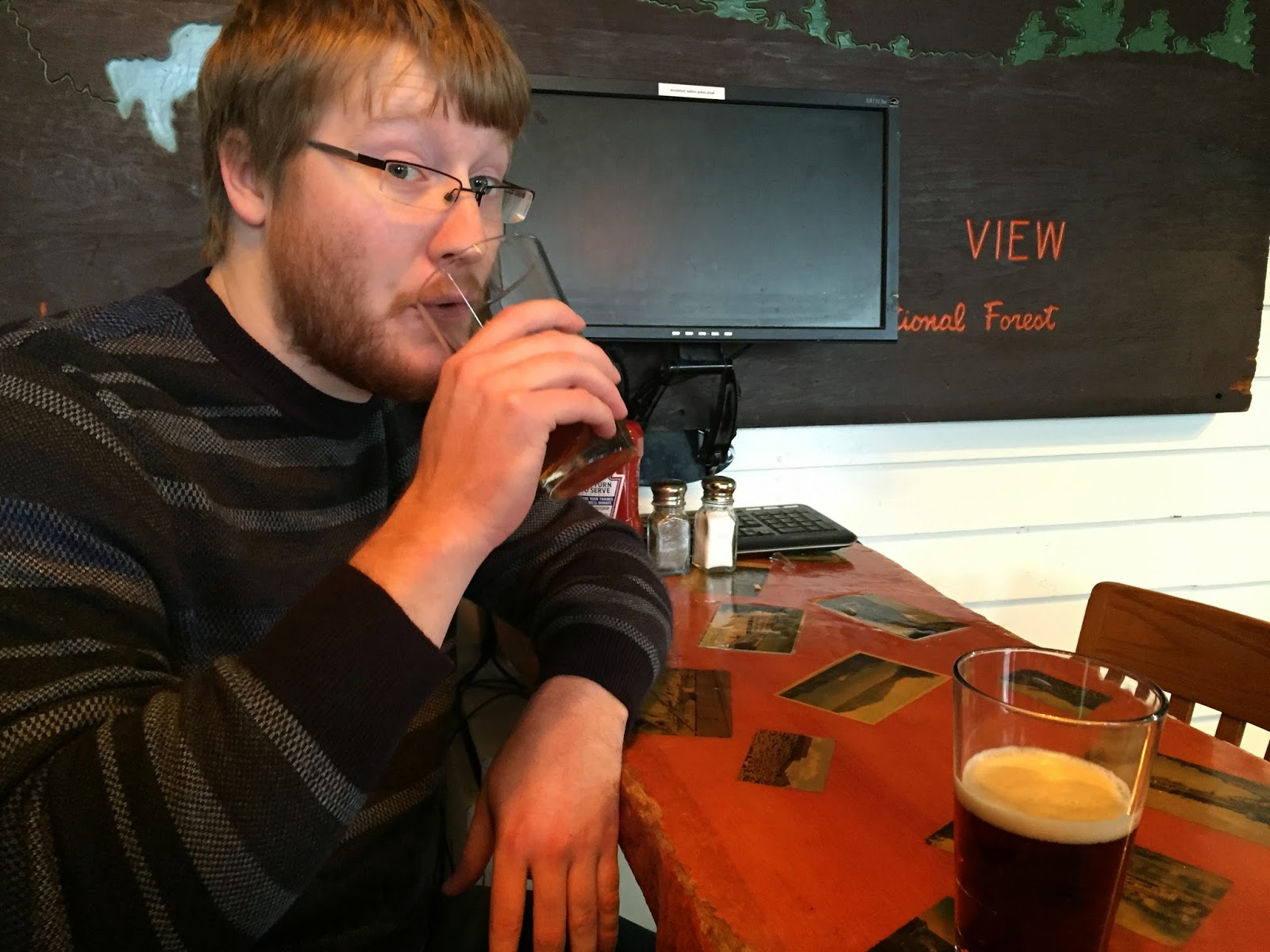 Cody, enjoying his first sample - and keeping mine close by! 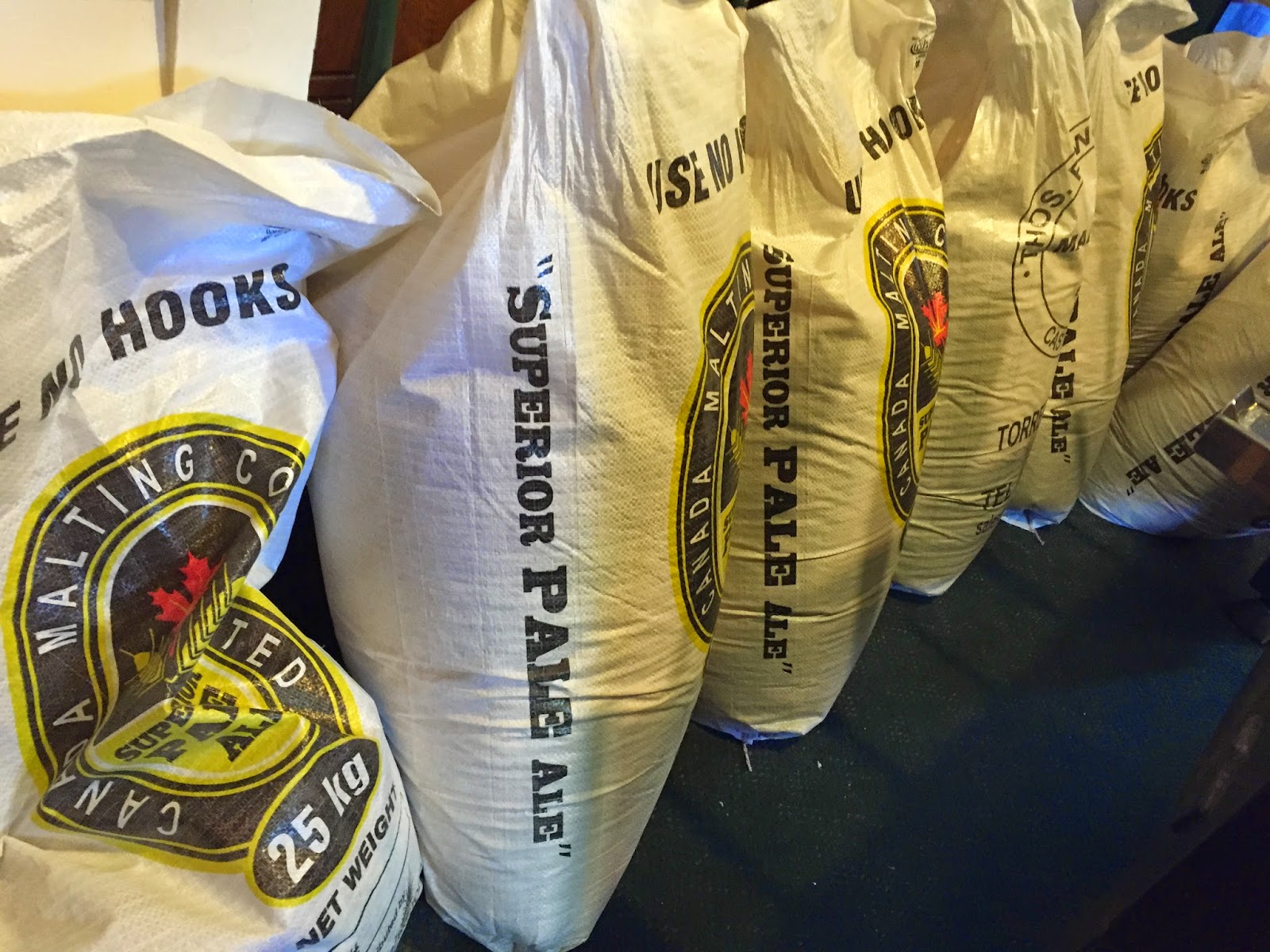 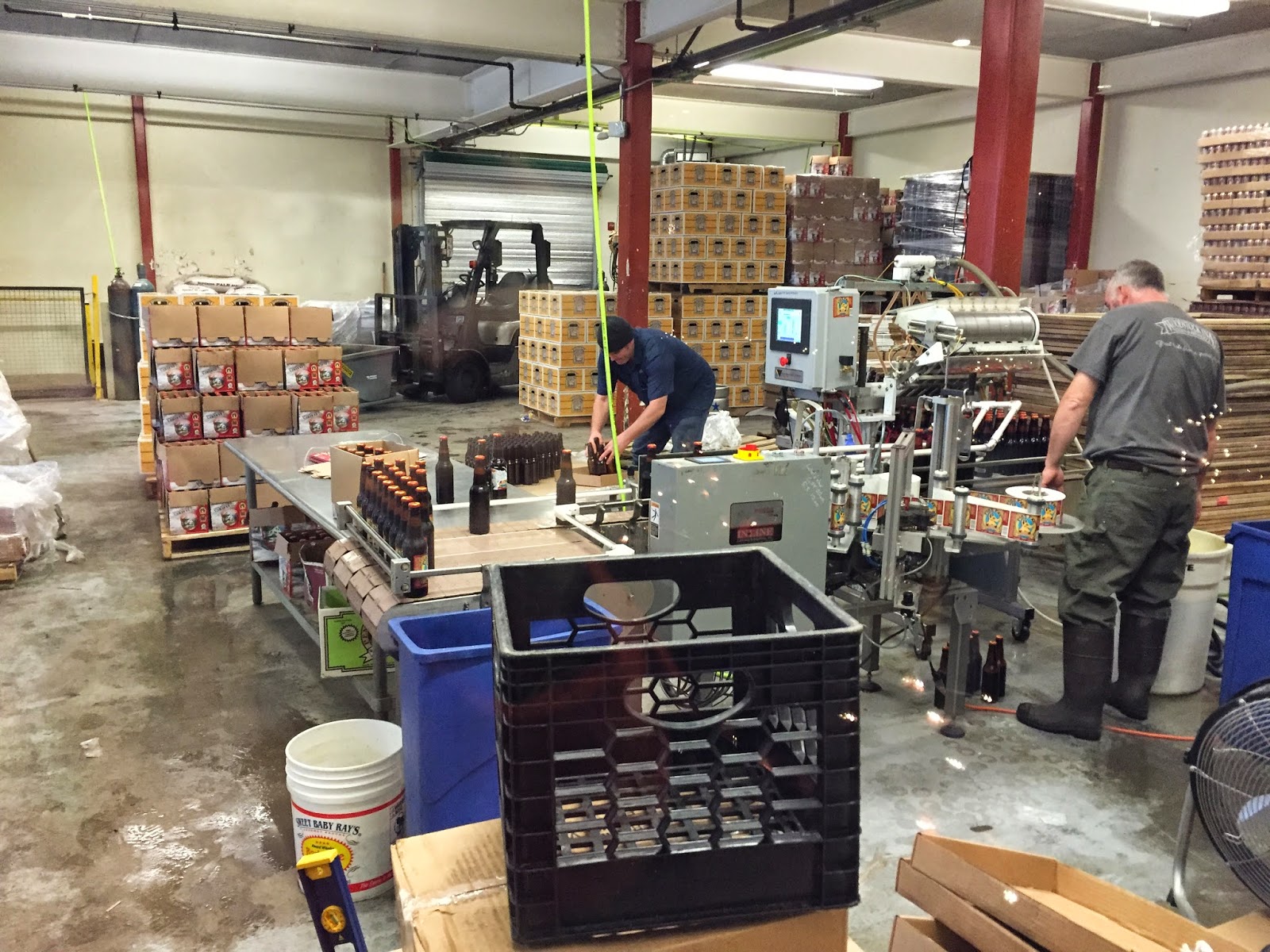 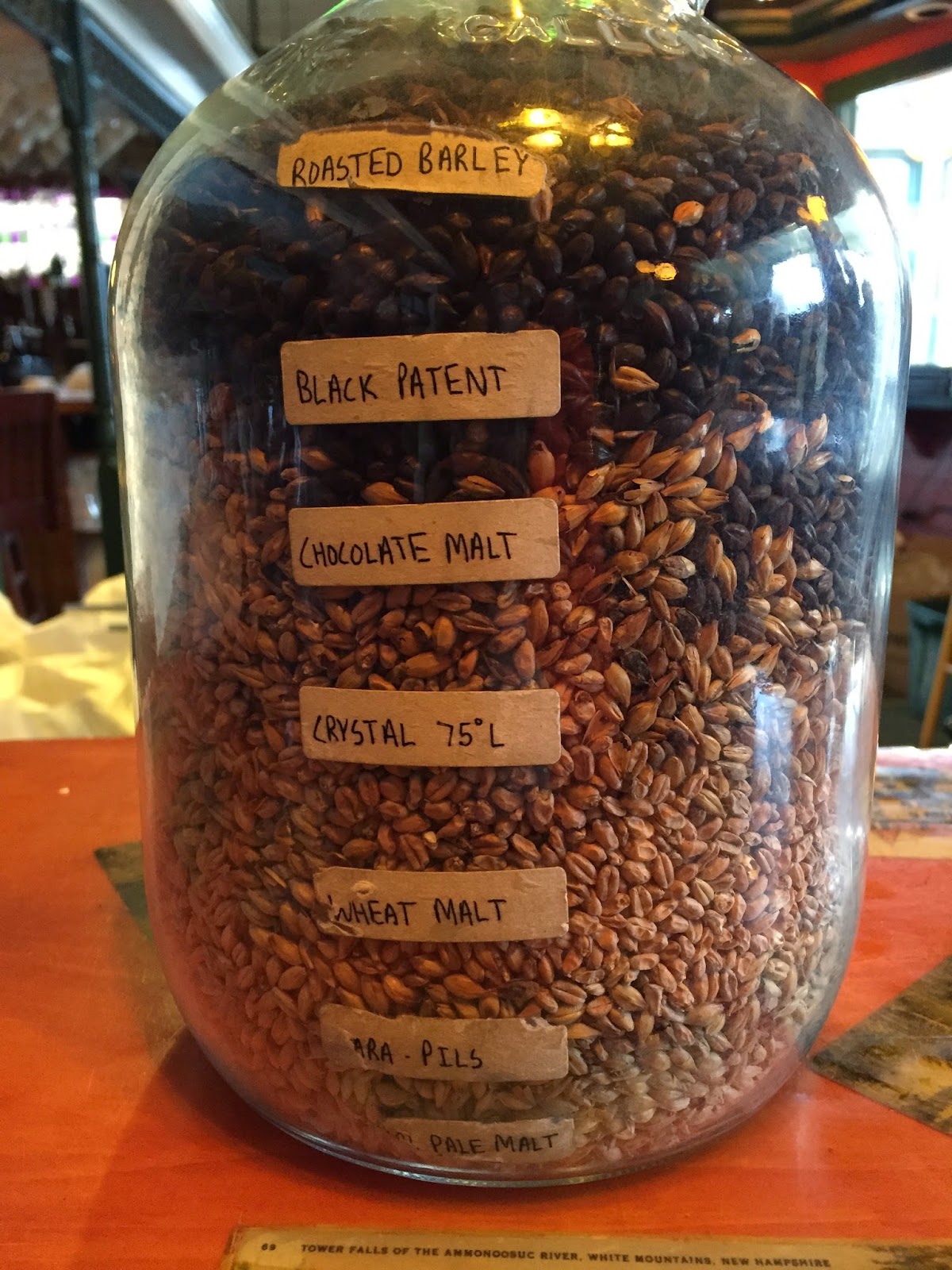 Overall, we had such a great mini-vacation. It just goes to show that you don't always need big things like cruises, tropical getaways that last a week, or even a long weekend. Sometimes, even just one night away with your special someone is the most magical. 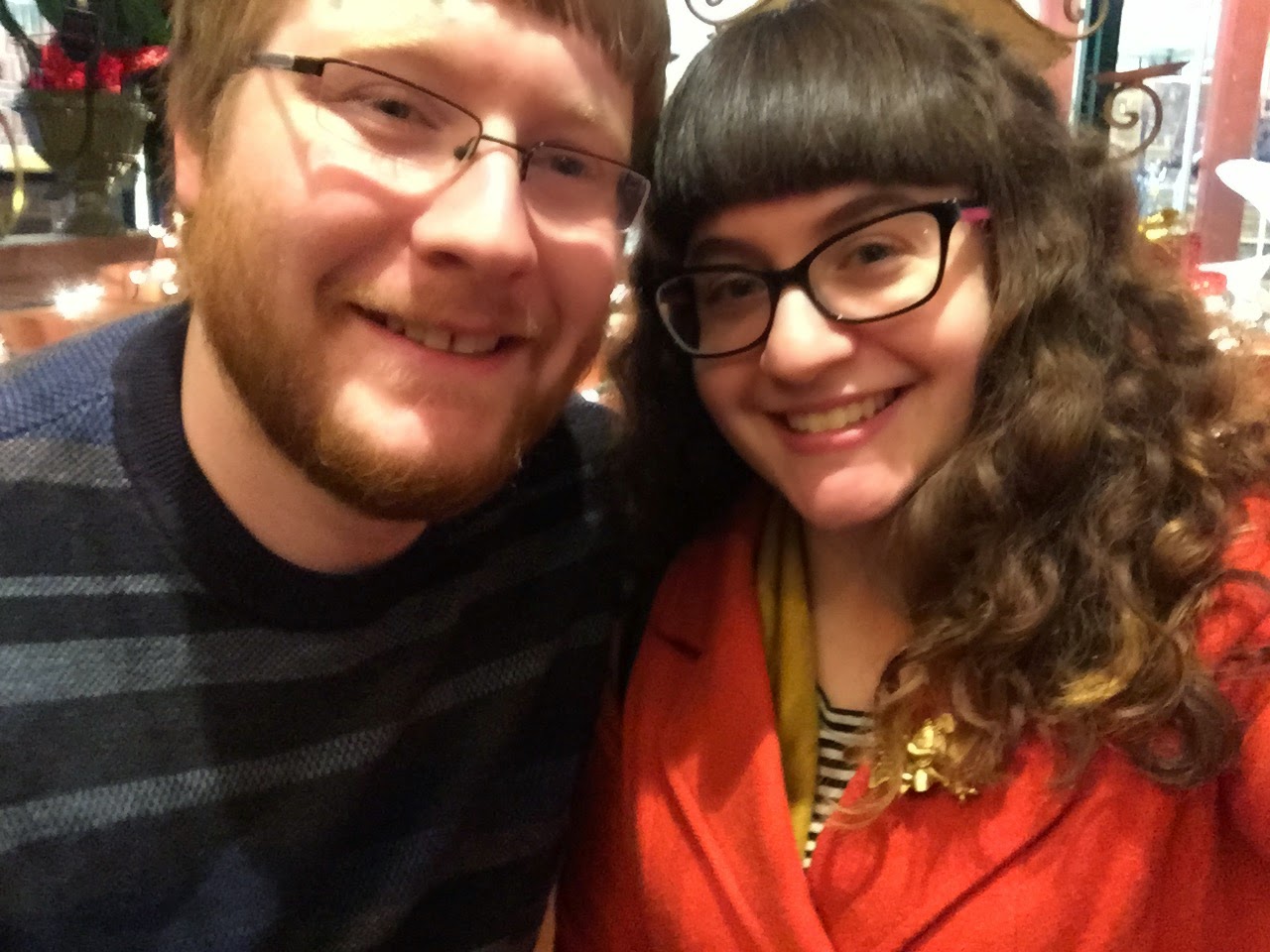